MEGHAN Markle and Prince Harry arrived at a royal engagement in an electric car yesterday.

The Duke and Duchess of Sussex – who were accused of hypocrisy earlier this year after speaking out on the environment at the same time as using private jets – drove to a gender equality meeting in the Audi E-tron. 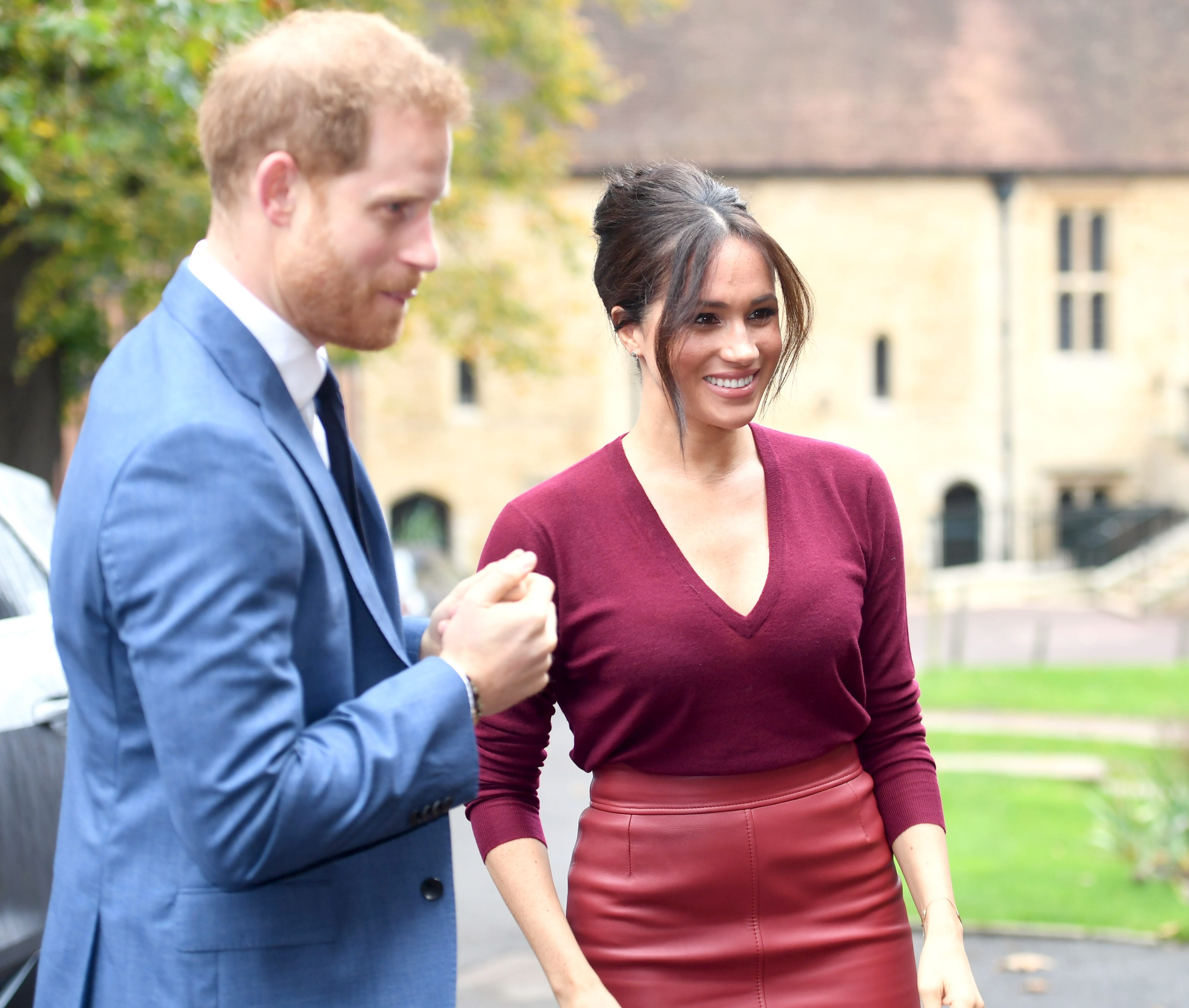 They travelled half a mile from their home Frogmore Cottage to Windsor Castle, where the event in conjunction with The Queen's Commonwealth Trust and One Young World was taking place.

A royal aide told the Daily Mail that the couple – who are parents to five-month-old baby son Archie – have owned the £71,560 vehicle since "about June".

Their purchase came just weeks before they were criticised for taking four gas-guzzling private jets in eleven days after speaking out on environmental issues.

For a trip to visit Sir Elton John's palatial £15million pad in the South of France – which was exclusively broken by the Sun on Sunday – they flew on a 12-seater Cessna plane, which would have cost more than £20,000 to hire, and which generates seven times the emissions per person compared to a commercial flight. 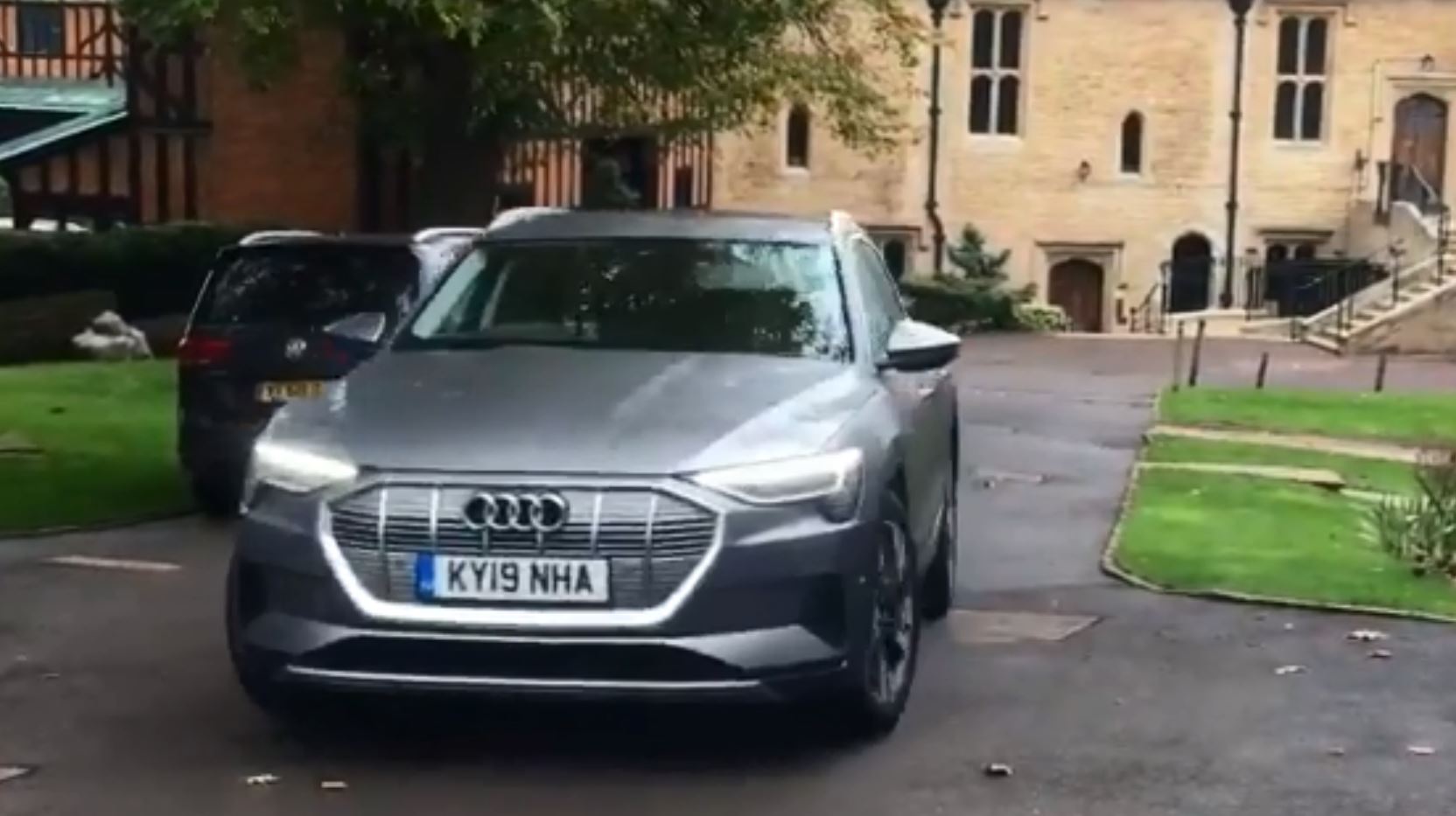 Yesterday, Harry, 35, made an unexpected appearance by 38-year-old wife Meghan's side at the engagement.

The Duke appeared to be keen to support the Duchess amid growing royal tensions exclusively revealed by The Sun, which follow the airing of their controversial ITV documentary.

They met with youth ambassadors from One Young World to discuss new initiatives to improve gender equality and female empowerment.

The Duchess – who looked stylish in a £369 Hugo Boss red lambskin skirt and £155 burgundy Joseph jumper – thanked guests for letting the Duke "crash the party".

Seated next to her husband, Meghan told the group: "I think we're all aware that One Young World has been very important to me for several years and now being vice president of QCT (Queen's Commonwealth Trust), it just felt like the perfect medley.

"What you're all capable of doing independently is incredible but then when you work collectively, our intention today is to try to create somewhat of a task force to see what we can do within our communities and then use that knowledge to apply it to whatever is happening in all these other communities. 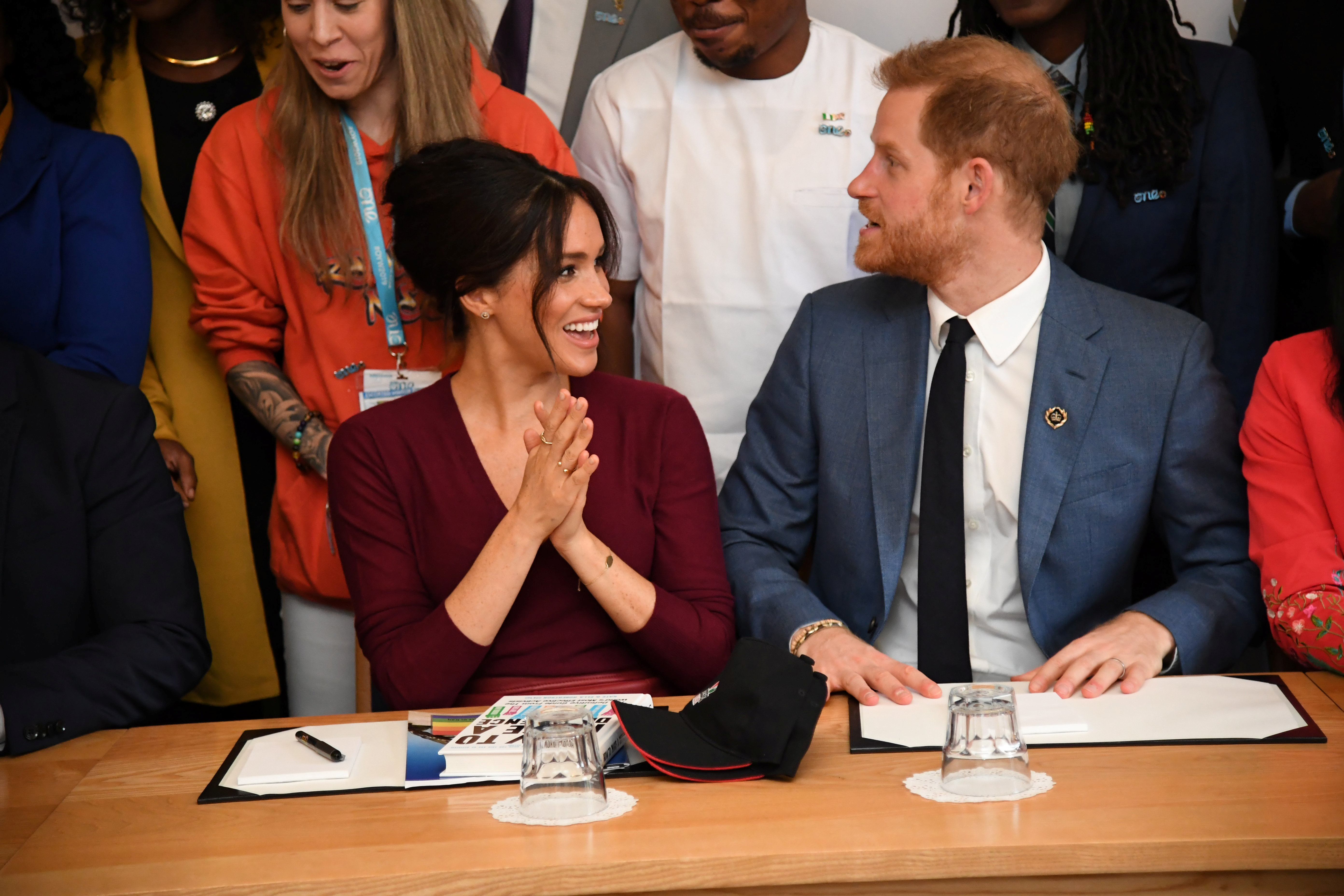 "In terms of gender equality, which is something I have championed for a long time, I think that conversation can't happen without men being a part of it.

"So for this reason it made complete sense to let him (Harry) join today. So thank you for letting him crash the party."

Meghan had initially been expected to attend the event on her own, but was joined by her husband at the last minute.

In other royal news, we told you that Prince Harry’s attempts to defend Meghan Markle are ‘heroic but misguided’, according to a source.

We also revealed the Queen is hiring a personal assistant at Buckingham Palace – but you've got just one more day to apply.

And we took you inside the remote log cabin where Prince William proposed to Kate Middleton.