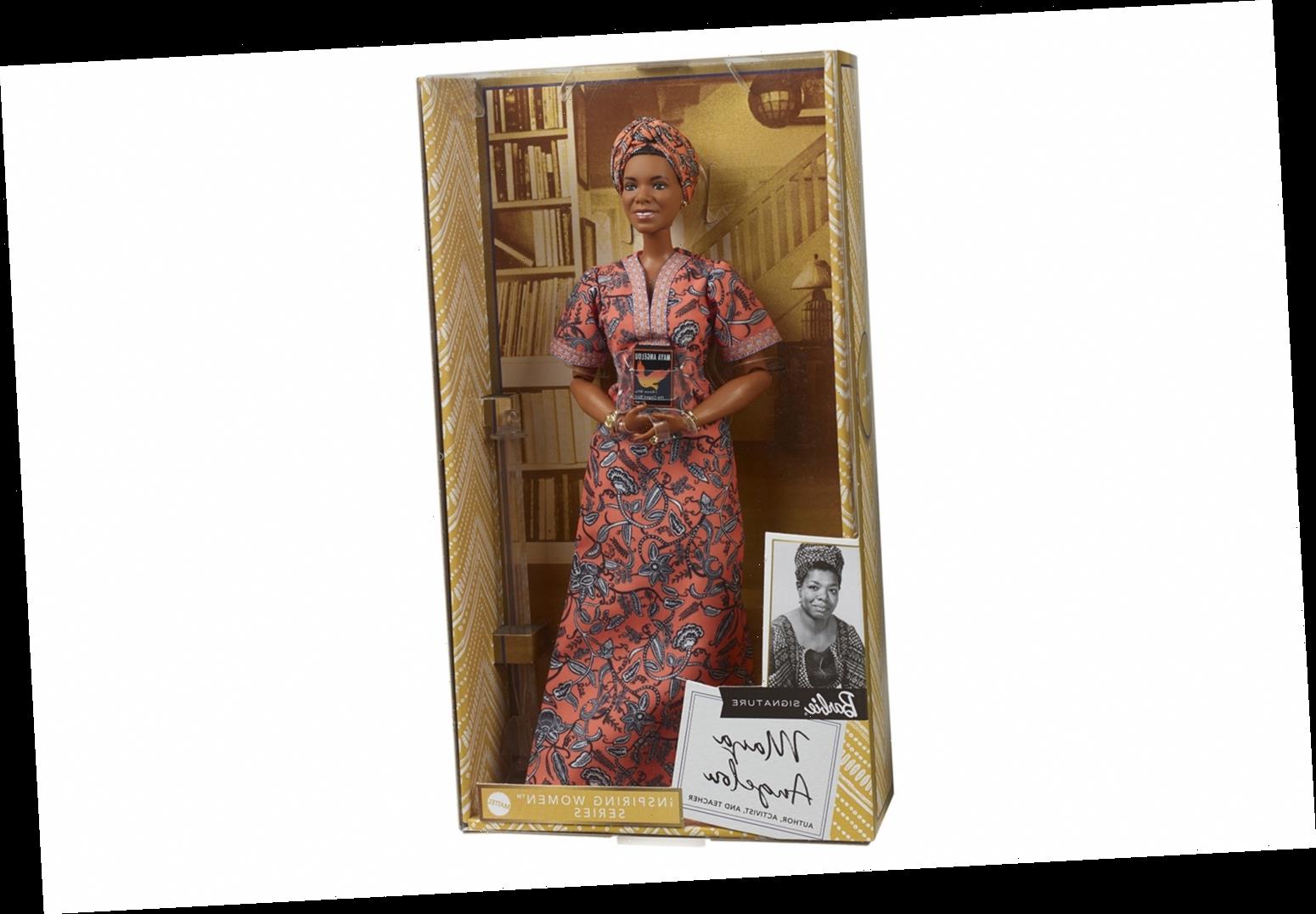 The Barbie wears a floral print floor-length dress and a matching head wrap. She also proudly holds Angelou's most famous piece of literature I Know Why the Caged Bird Sings.

The figurine of the civil rights activist is part of Barbie's Inspiring Women series which includes other dolls of influential women such as Amelia Earhart, Frida Kahlo, Rosa Parks, Susan B. Anthony and many more.

The doll of the Presidential Medal of Freedom recipient is available for preorder beginning on January 14.

RELATED: Barbie Honors Rosa Parks and Sally Ride with New Dolls: They Made the 'World a Better Place' Angelou's replica was also created to honor the company's commitment to the Black community in 2020, which includes initiatives such as making sure one in five dolls created are Black of various skin tones, ensuring that Black Barbies in television have lead roles, creating content on diversity and racism for the young viewers, diversifying dolls in advertisement and having more Black people working behind the scenes.

"Our efforts include a commitment to spotlight more Black role models who are female, and now, we are introducing a doll that honors Dr. Maya Angelou, author and activist who used her voice and unique writing style to connect with people and inspire generations," Mattel wrote in a statement.

The company continued, "Barbie knows that kids early childhood experiences shape what they imagine to be possible, so it's important that all girls not only see themselves reflected in product and content, but also see inspiring role models who have come before them."

"Diversity and inclusion must be the foundation of all that we do. We will continue to stand united in the fight against racism and dedicate resources to directly impact the Black community, such as funding through the Dream Gap Project Fund, to help remove barriers that prevent the next generation from reaching their full potential."