A MAN has been roasted for his outrageous Tinder profile, which claims he has sex with the “world’s most beautiful women”.

Dating app user Paul insisted in his description that you need to be an “8.5 or better” out of 10 in the looks department to date him. 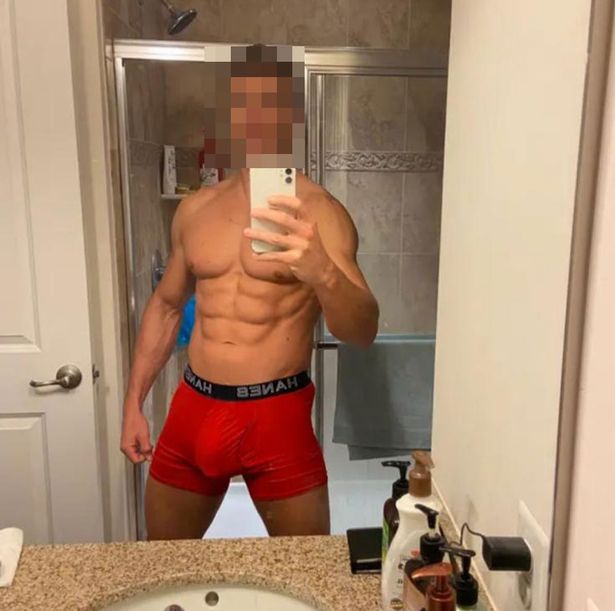 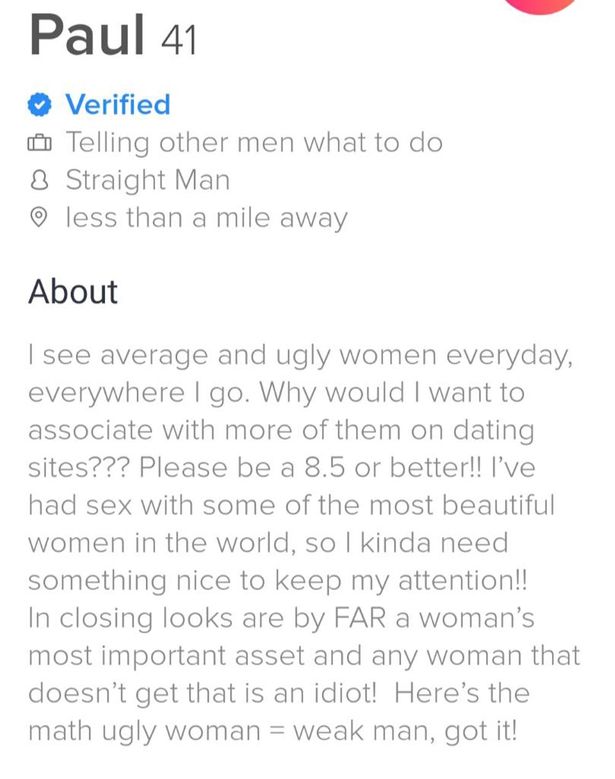 The man, who posted a half naked bathroom selfie as one of his snaps, said appearance is the “most important” thing about women.

“Why would I want to associate with more of them on dating sites? Please be an 8.5 or better!

“I’ve had sex with some of the most beautiful women in the world, so I kind of need something nice to keep my attention.

“In closing, looks are by FAR a woman’s most important asset and any woman that doesn’t get that is an idiot.

Unsurprisingly, Paul, who listed his hobbies as "politics", "surfing" and the "outdoors”, was roasted online for his profile.

A screenshot of his profile was shared on Reddit with the sarcastic caption “Paul… a true keeper”.

One unimpressed person commented: “Slept with some of the world's most beautiful women yet none of them have stuck around and he is on Tinder.. That says it all to me.”

Another agreed: “That was my first thought as well. Apparently he couldn't keep any of them lmao.”

A third wrote: “‘Shut up Paul.’ Was my whole mood reading his bio.”

Meanwhile, Tinder’s most ‘swiped-right’ man reveals how YOU can bag more dates, including logging on at 2pm on Sundays.

For more relationship stories, this singleton revealed she swiped through so many men on Tinder she was told there were NO matches left.

And this single woman was called a "pig" by her Tinder match after he disliked her answer to a flirty question.