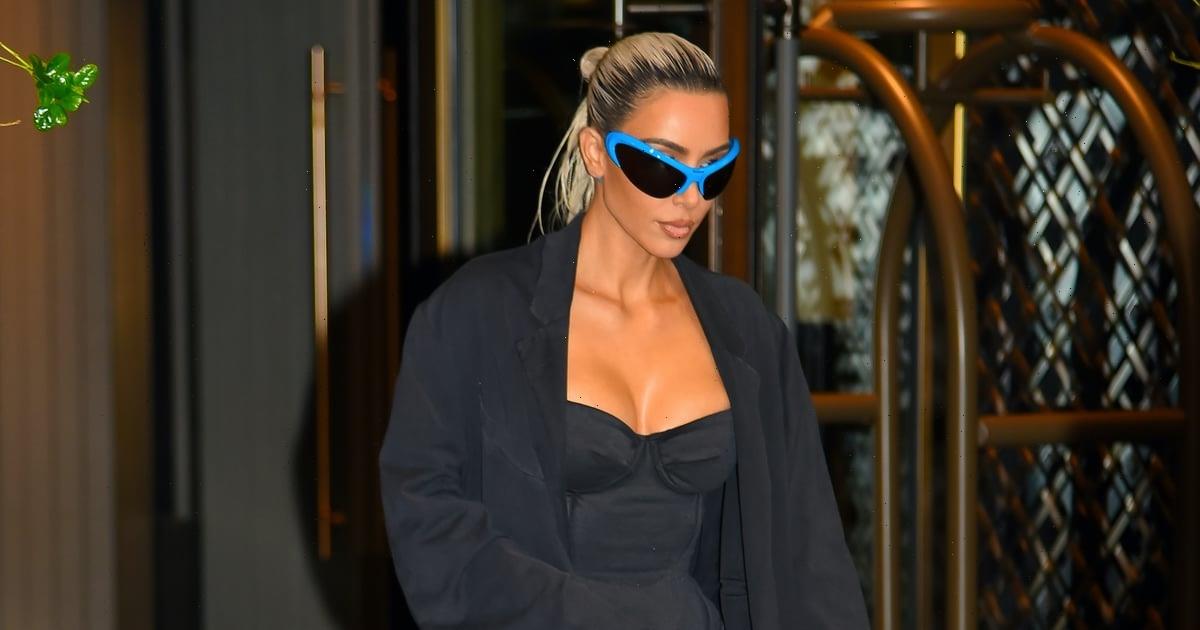 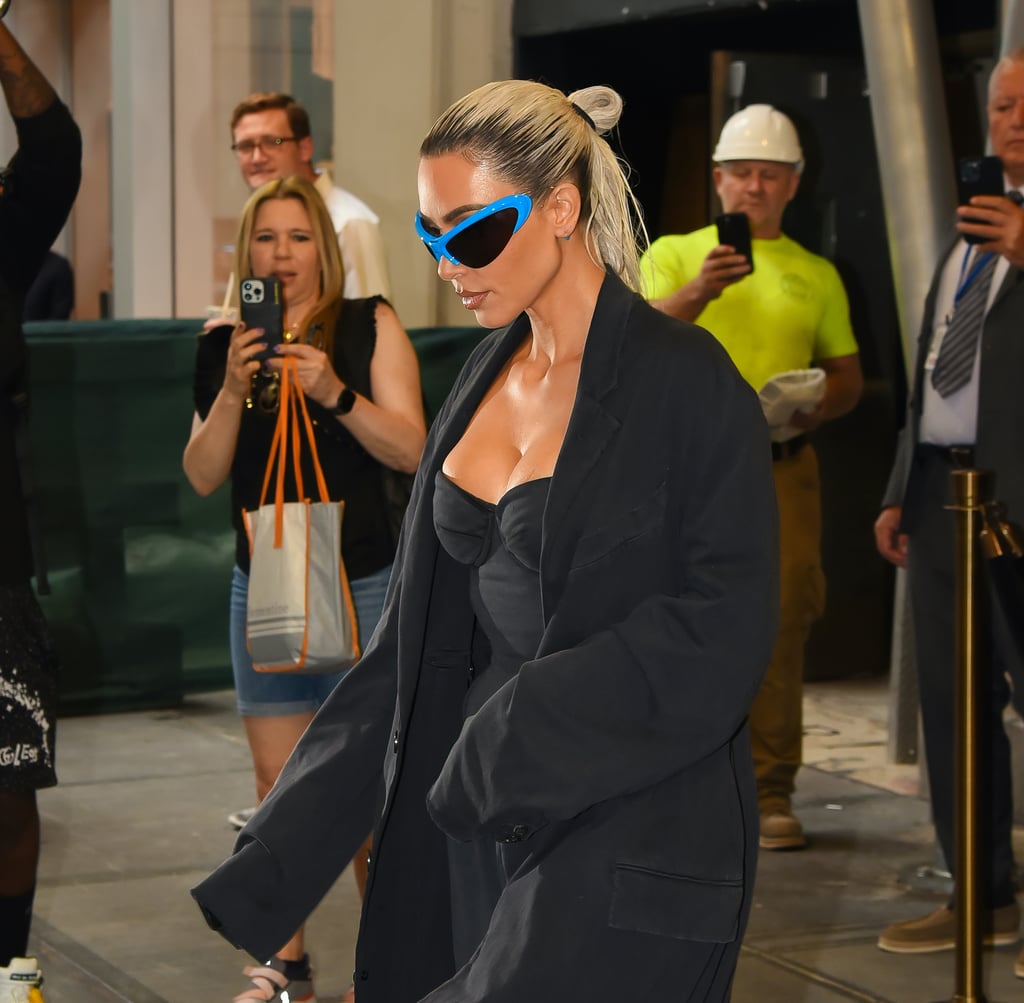 Still holding onto her Balenciaga chapter, Kim Kardashian debuted another look by the brand while out in New York City. On September 20, the reality star was seen walking in an all-black ensemble and futuristic pair of sunglasses, apt for her alien Barbie-style streak. Styled by Dani Levi, she wore a strapless jumpsuit boasting a sweetheart-neckline corset top and flared trousers. She wore no jewelry, putting her cleavage on full display, and covered up with a long coat. A glimpse of pointy silver shoes appeared under her trousers, similar to the black gloves she seemed to be wearing underneath the coat. To finish, her wet flip bun (courtesy of her hairstylist, Chris Appleton) set the stage for her large blue tinted shield frames, which have become her signature accessories as of late.

Kardashian’s ensemble struck a balance between seductive and professional, presenting an effortlessly cool way to transition into colder seasons. Earlier that day, she was photographed on her way to “Good Morning America” in another Balenciaga creation. She stood out in tiger-print pantaleggings and a black turtleneck glove top, accessorized with large credit card earrings, black sunglasses, and a fluffy version of Balenciaga’s Hourglass bag. She appeared on TV to promote the new season of her family’s show on Hulu, “The Kardashians.” A few hours later, she traded the pants for a black high-waist Rick Owens skirt and a structured bag resembling a helmet.