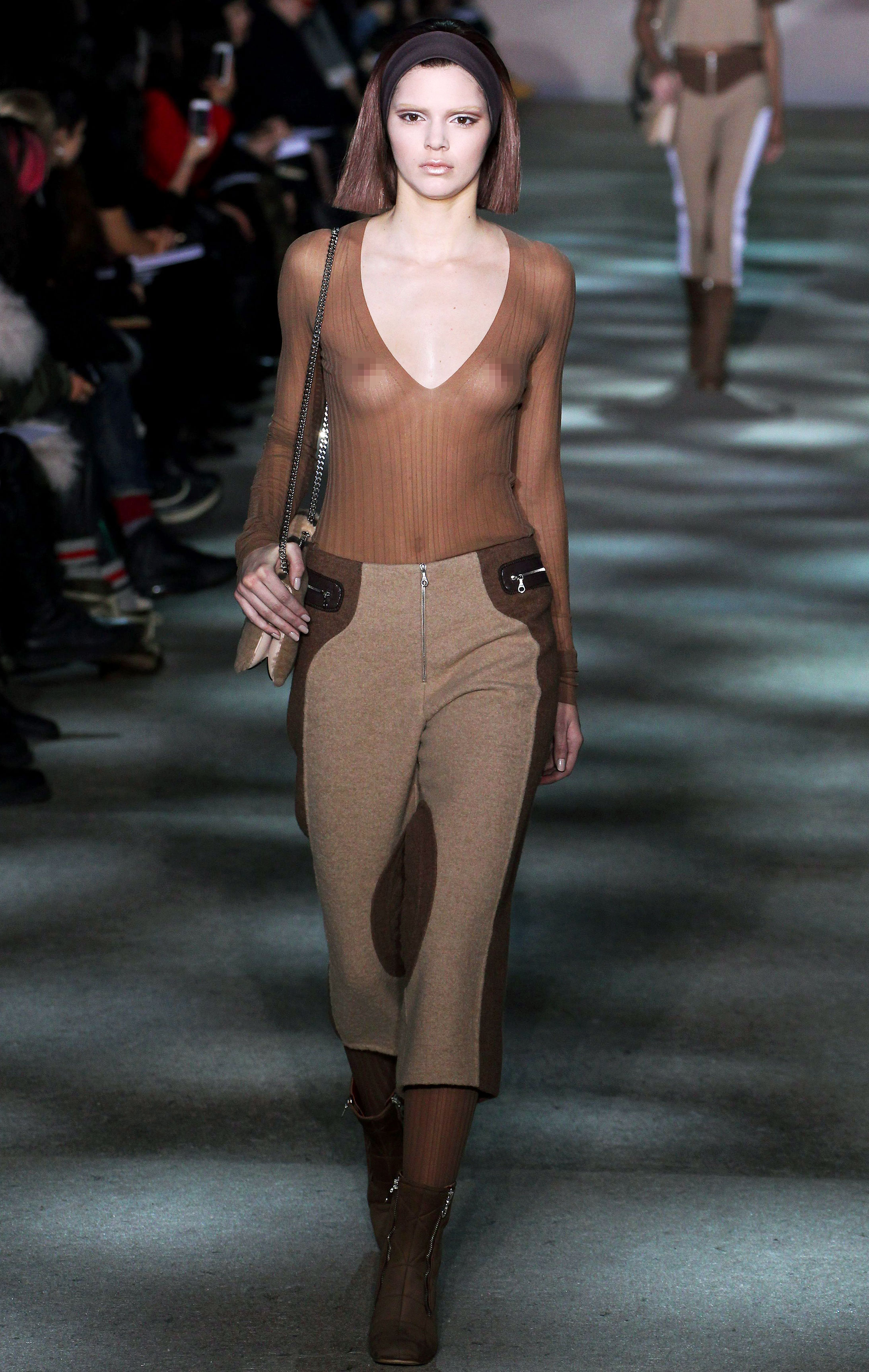 Kendall Jenner has always loved a nearly naked ensemble. However, on Tuesday night she revealed that it began pretty much immediately at the start of her career.

When discussing walking in runway shows on an episode of The Late Late Show on December 10, Jenner admitted that she was pretty much asked to show her breasts the first time she hit the catwalk.

“My boobs were out the first show I ever did,” she told guest host Harry Styles and co-guest Tracee Ellis Ross. “I just turned 18 and they were like ‘Take the shirt off.’”

This conversation came up during Tuesday night’s episode after Ross told a story about one of her first runway experiences at 19-years-old when she wore a look with her “boobies out.” Unsure and uncomfortable, the now 47-year-old then turned to modeling legend Naomi Campbell, who was backstage with her, for some advice.

Ross reenacted the conversation, English accent and all. “She said, ‘Darling, are you a model or aren’t you a model?’ I said, ‘I am a model.’ Then she said ‘Well then you wear what they give you.’”

From Rihanna to Jennifer Lawrence and More, See Which Celebs Free the Nipple

“My mom would tell me to do the same thing,” Jenner said, referring to Campbell’s professional advice.

“Really,” Ross replied. “My mom probably would have said no. Naomi said yes.”

This wasn’t the only time the older Jenner sister has flashed her boobs. For the 2018 Cannes Film Festival, she wore two totally see-through looks: a stunning white Schiaparelli tulle gown sans bra and a sheer Alexandre Vauthier minidress. And at the 2017 Met Gala she showed off her backside in a La Perla chain-mail black and silver dress.