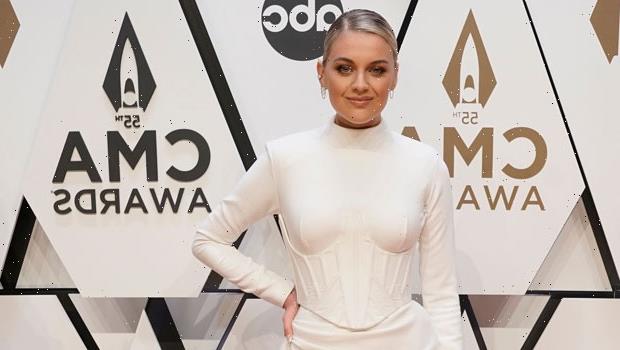 Look who’s here! Just hours after finding out that she won her first-ever CMA Award, Kelsea Ballerini was dazzling as she walked the red carpet at the big show on Nov. 10.

Kelsea Ballerini came to slay with her look at the 2021 Country Music Association Awards! The 28-year-old walked the red carpet looking absolutely incredible. She wore a white dress with corset-style midsection and long sleeves. The skirt had a thigh-high slit, which allowed Kelsea to show some major leg and reveal her clear heels. To go with her stunning outfit, Kelsea had her hair styled in in a low, sleek bun, with a part to the side. Her look was complete with dark eye makeup and a pale pink lip. Plus, she also posed with her hubby, Morgan Evans, on the red carpet. 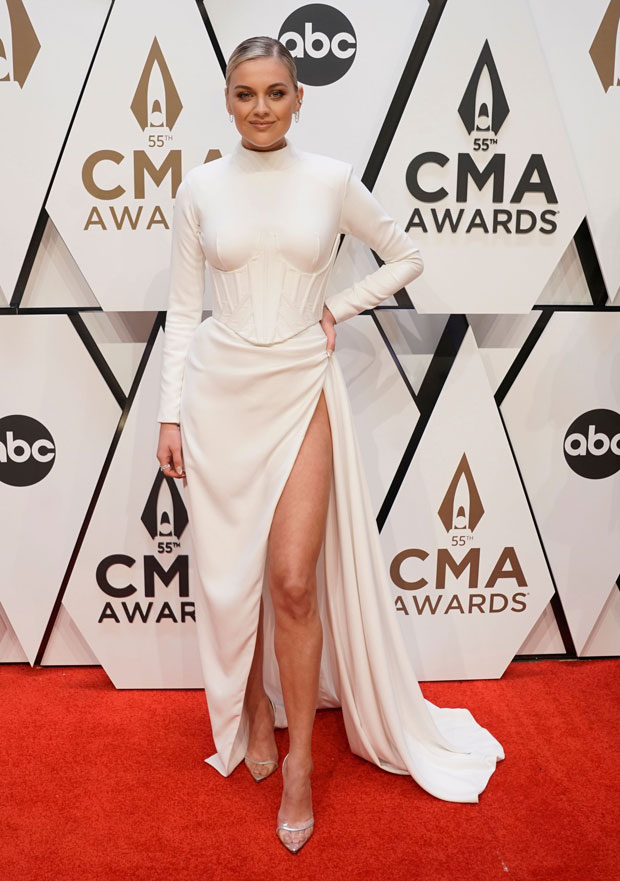 Kelsea is attending the CMA Awards as a presenter, but on the morning of the show, she was surprised with some exciting news — she won TWO CMA Awards! The winners in the Music Video of the Year and Musical Event of the Year categories were announced on Good Morning America on the morning of Nov. 10. Kelsea and Kenny Chesney took home wins in both categories for their collaboration on “Half of My Hometown,” which appeared on Kelsea’s 2020 album Kelsea. 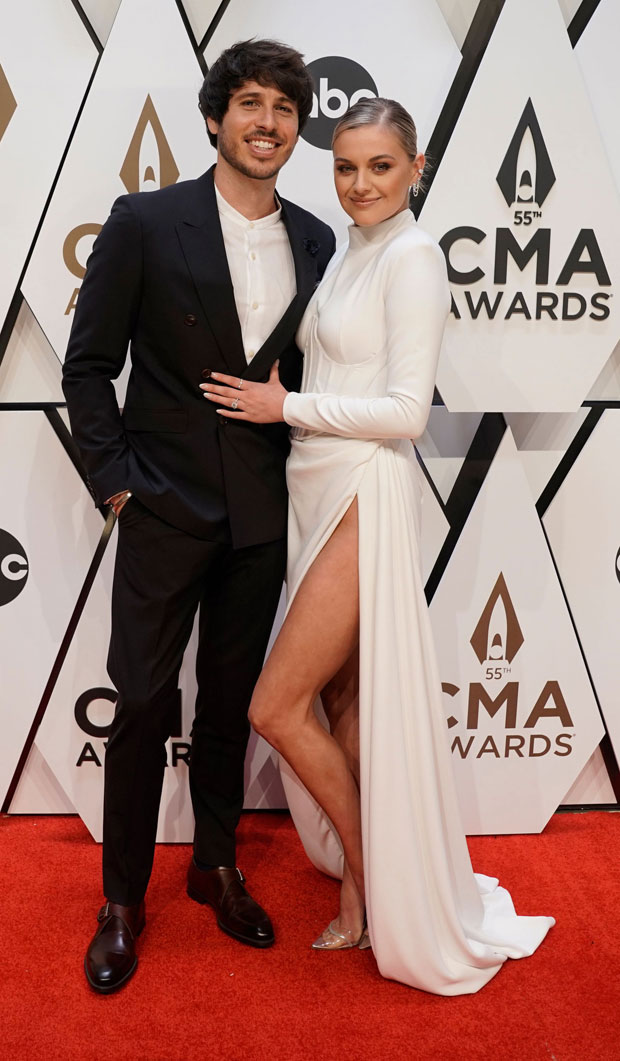 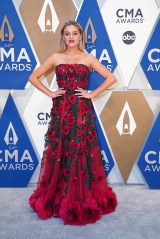 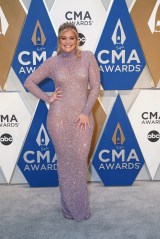 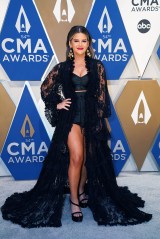 Kelsea recently wrapped up a tour with the Jonas Brothers, which took her across the United States from August until the beginning of November. Later this month, she’ll be releasing her first book of poetry, Feel Your Way Through, as well. Kelsea is also currently in the midst of celebrating the success of her song “I Quit Drinking” with LANY, which has been climbing up the charts.