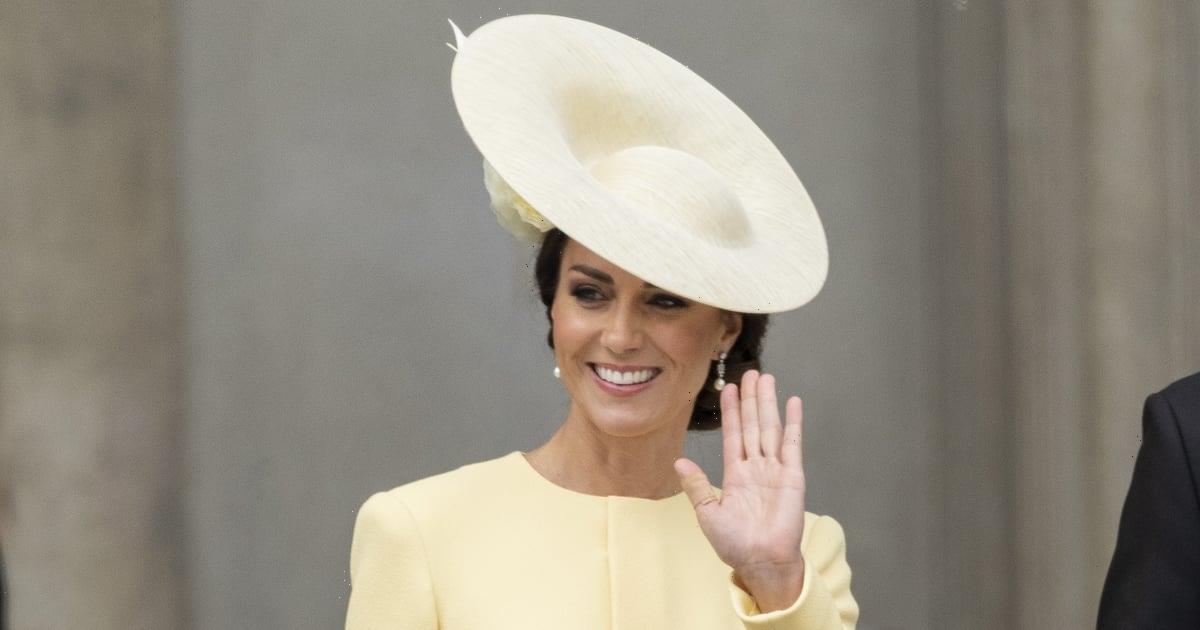 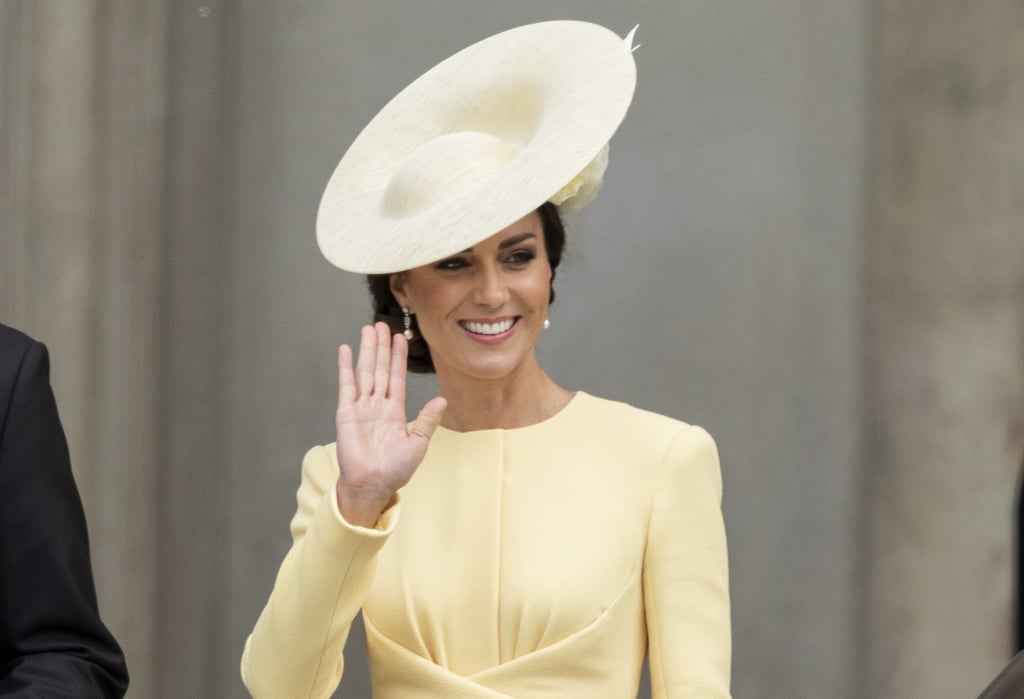 Kate Middleton is continuing to turn out one fashion moment after another in celebration of Queen Elizabeth II’s latest Platinum Jubilee event. On Friday, the Duchess of Cambridge stepped out in a pastel-yellow ensemble by Emilia Wickstead to attend the service of thanksgiving at St. Paul’s Cathedral in London. The long-sleeved, midi-length dress featured slight cinching and a crisscross detail at the waist.

The future queen consort accessorized with a matching Philip Treacy hat that incorporated yellow flower appliqués under the left side of the angled brim. She wore the Bahrain Pearl Drop Earrings, which reportedly come from the queen’s own jewelry collection, according to People magazine. Middleton’s other accessories included a cream-colored clutch and gloves and nude suede heels.

It would appear that the Duchess of Cambridge is continuing to honor her late mother-in-law with the yellow Emilia Wickstead number as well, considering that Princess Diana frequently wore the hue during her many travels throughout the ’80s and ’90s. When she visited Australia and New Zealand with Prince Charles in 1983, for instance, yellow was among the late princess’s favorite colors to wear. Notably, Wickstead is a New Zealand-born fashion designer who’s currently based in London. Coincidence? We think not.

This summery yellow ensemble is Middleton’s latest style move associated with the queen’s ongoing Platinum Jubilee celebrations, which mark her 70-year reign (she was crowned in 1952). Earlier this week, the duchess wore a crisp, white double-breasted blazer-style dress with accentuated shoulders, sharp lapels, and a knee-length skirt by Alexander McQueen. It was yet another rewear moment for Middleton, who previously wore the same design at the G7 Leaders’ reception in June 2021.

For that look, she again chose an elegant navy-and-white hat from Philip Treacy. Her hair, styled in a twisted knot, was pulled back, revealing diamond and sapphire earrings that paid tribute to the late Princess Diana, who owned those same pieces. (The Princess of Wales had worn them often, most notably at the Met Gala in 1996.) Middleton complemented the earrings with a matching pendant necklace for the occasion.