KATE Middleton and Prince William have just returned from their poignant five-day Pakistan tour, which was branded the most “complex” ever due to security reasons.

The Duke and Duchess of Cambridge are said to have ripped up the royal rulebook, and made an unscheduled meeting with a local family they met on a roadside. 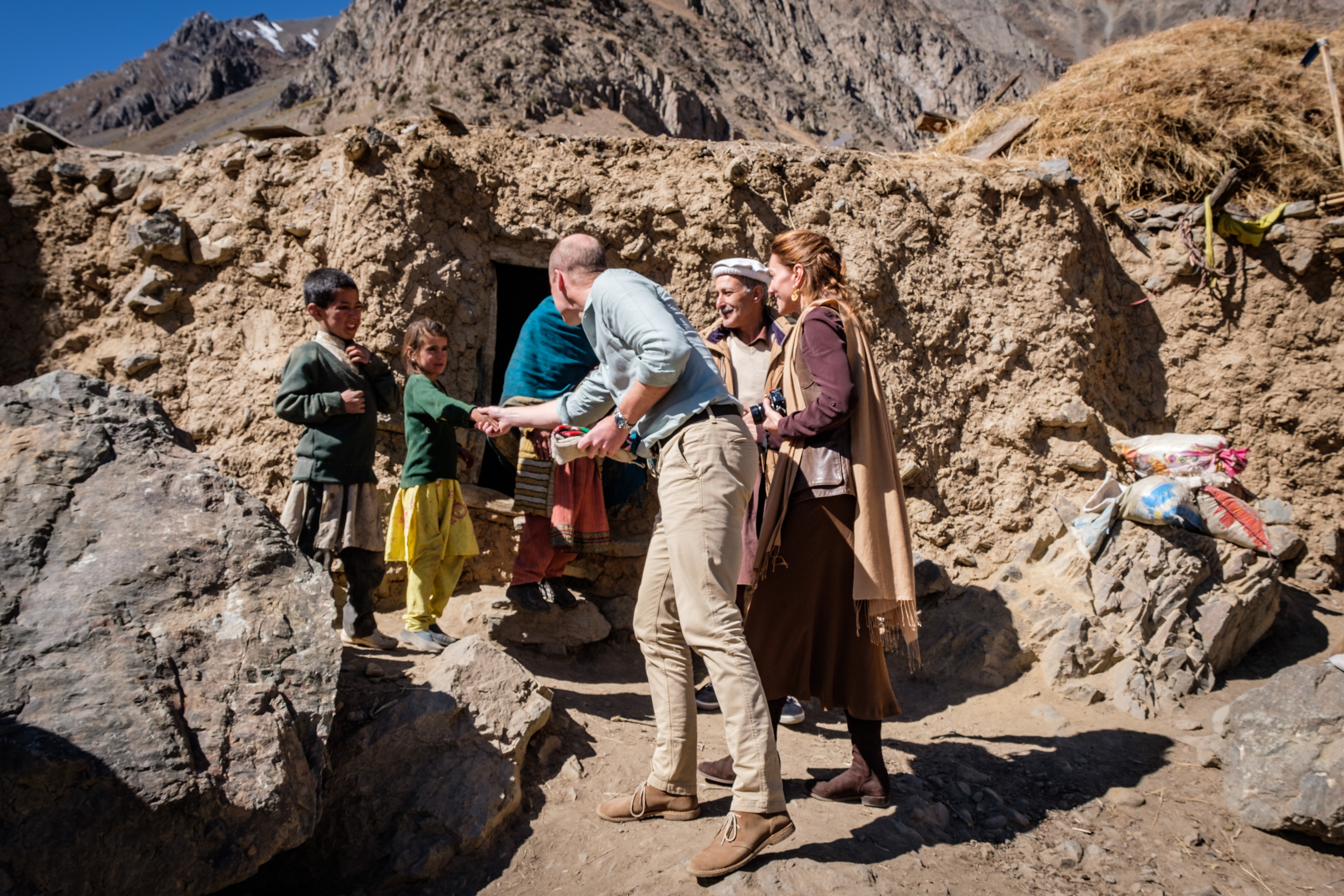 Kate is said to have been so moved by their story, that she took some beautiful portrait photos, which captured their strength.

The villagers were part of the Wakhi ethnic group and were spotted when the couple were travelling back from a glacier in the Hindu Kush mountains.

Kate is said to have asked her security team to stop the car so William and her could speak to the locals, and they were invited into their one-room home for tea.

In June this year, Kate Middleton became the patron for the Royal Photographic Society after being praised for her adorable family snaps of her kids.

The Queen passed on her patronage of 67 years to the Duchess of Cambridge in a nod to the 37-year-old's passion for photography.

Kate had previously been made an honorary lifetime member of the society, with the director Michael Pritchard previously praising her for her "talent and enthusiasm" behind the lens.

A Kensington Palace spokesperson said: "The Duchess has a longstanding interest in photography, and this patronage will further highlight the beneficial impact that art and creativity can have on emotional wellbeing, particularly for children and young people."

Among photographs that Kate has released are shots of Prince George's first day of nursery school, photos of Princess Charlotte on her fourth birthday and Prince Louis for his first birthday. 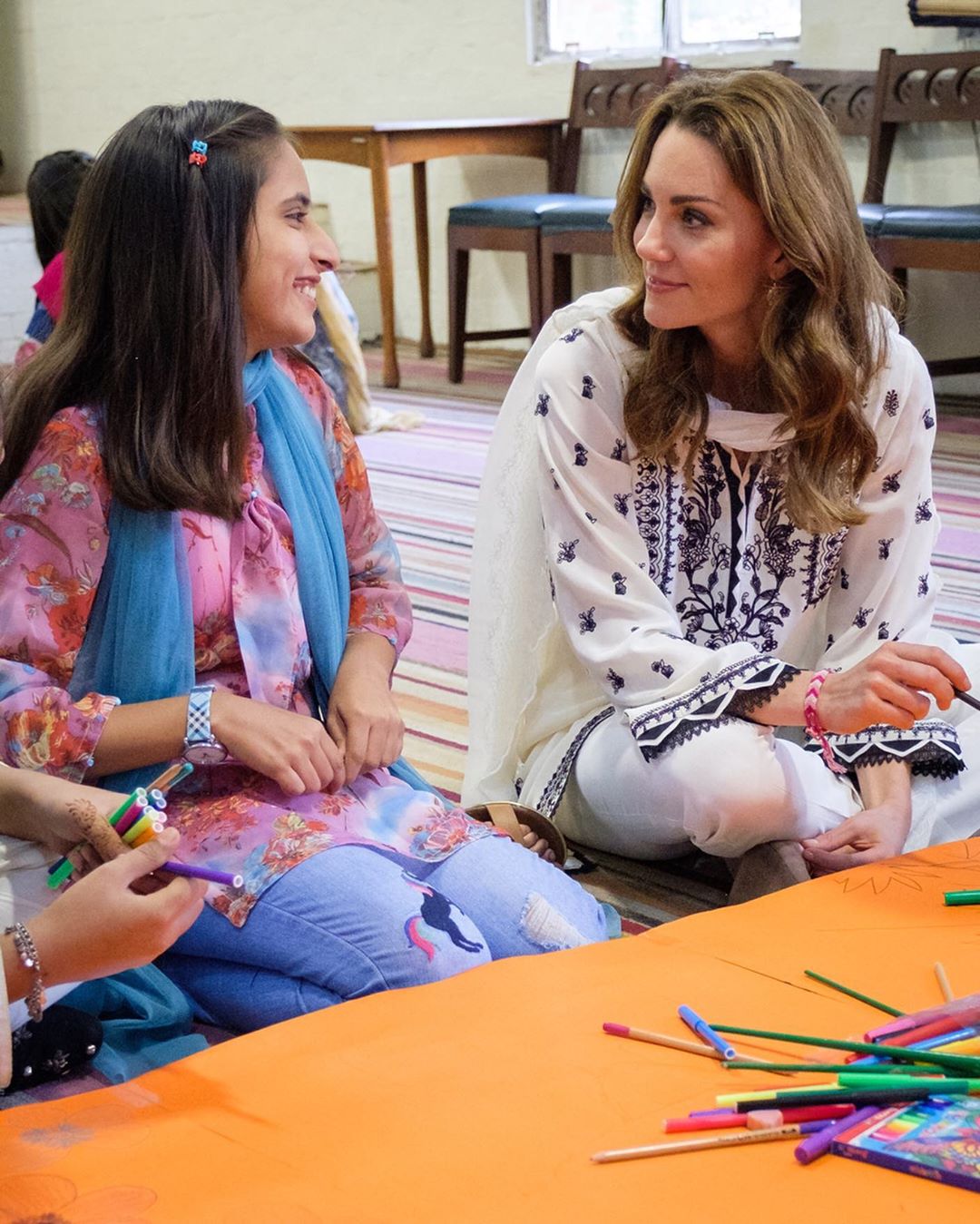 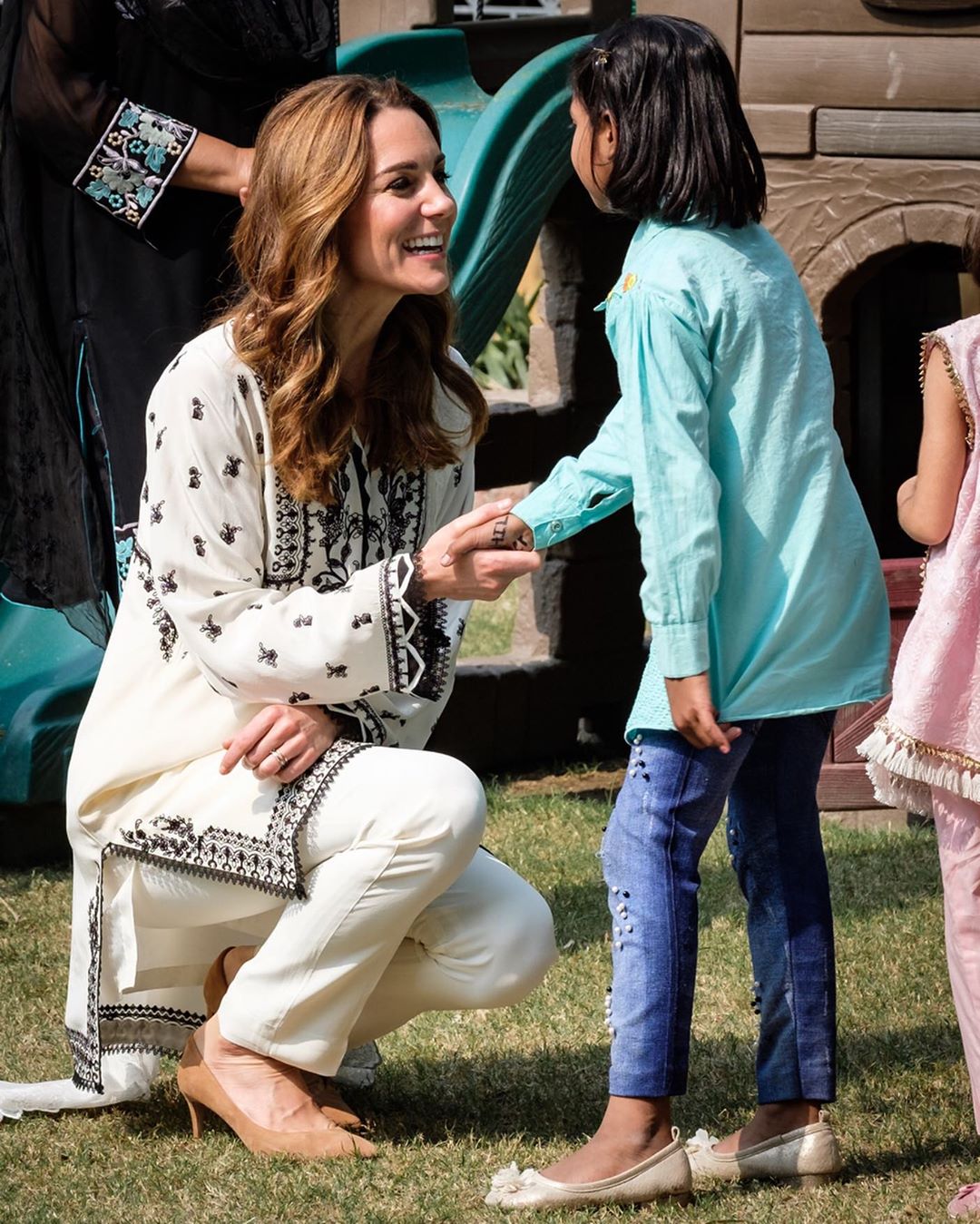 With the use of a translator, Kate learned how they lived without running water and electricity and were confined to their home for half a year due to snow.

According to the Mail on Sunday, Kate, who is a keen photographer, borrowed a Fujifilm camera to take a set of astonishing pictures.

The duchess said: “It was fantastic to meet these people living in such a remote place.

"They were so hospitable, offering William and me a cup of tea.

"It was a very special moment. They had no idea who we were, which gave us a chance to see a different side of Pakistan."

William said on their visit to Broghil National Park on Wednesday that his wife takes excellent photos and explained: “she does a few portraits, but mostly landscapes".

Kate delighted fans today by writing her first Instagram message today on her KensingtonRoyal account, which has 10.2million followers. 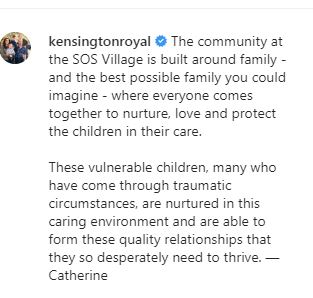 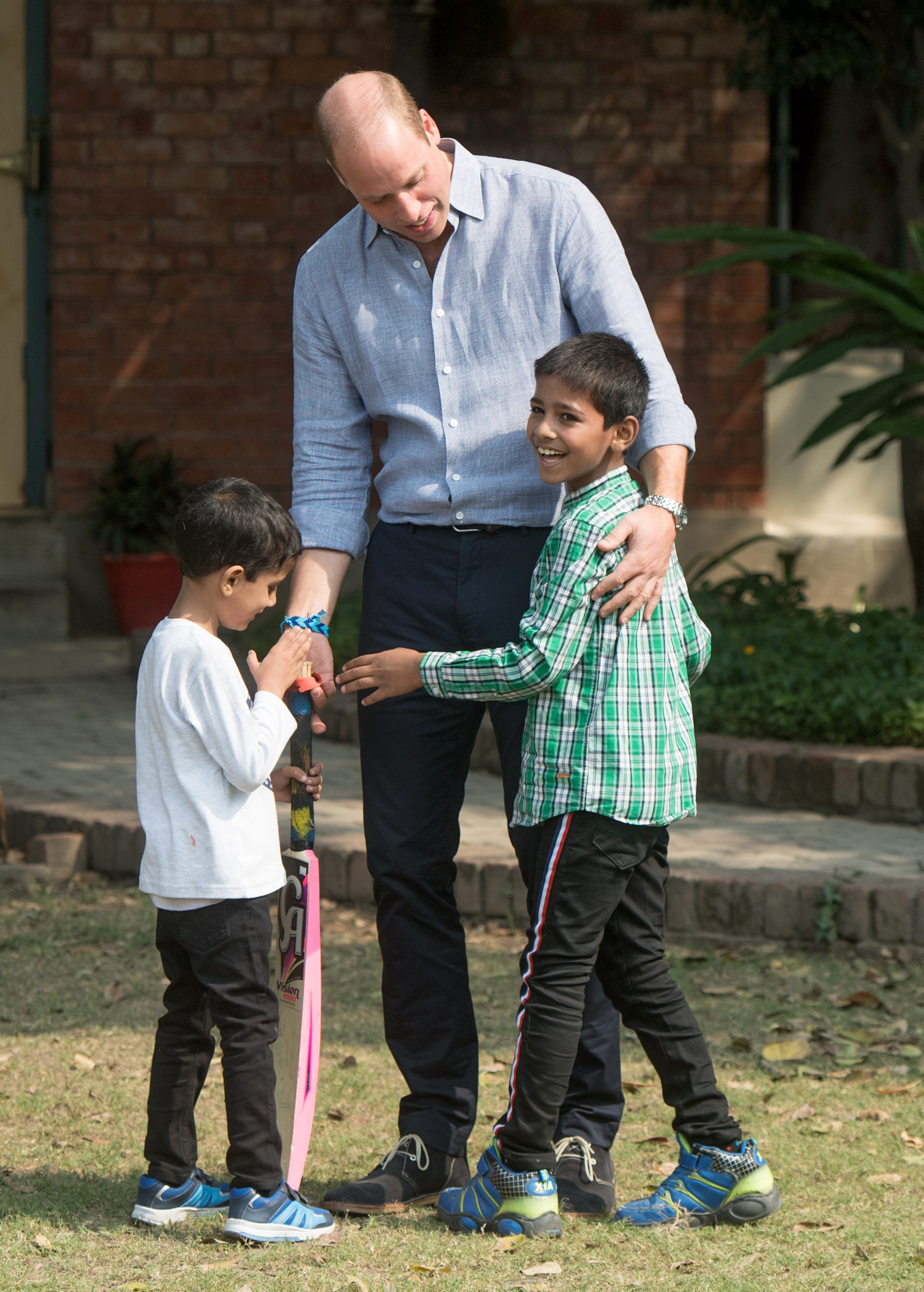 The post showed a series of photos of the couple meeting kids from the SOS Children Village, which looks after 150 orphaned kids.

Her caption read: “The community at the SOS Village is built around family – and the best possible family you could imagine – where everyone comes together to nurture, love and protect the children in their care.

“These vulnerable children, many who have come through traumatic circumstances, are nurtured in this caring environment and are able to form these quality relationships that they so desperately need to thrive. — Catherine.” 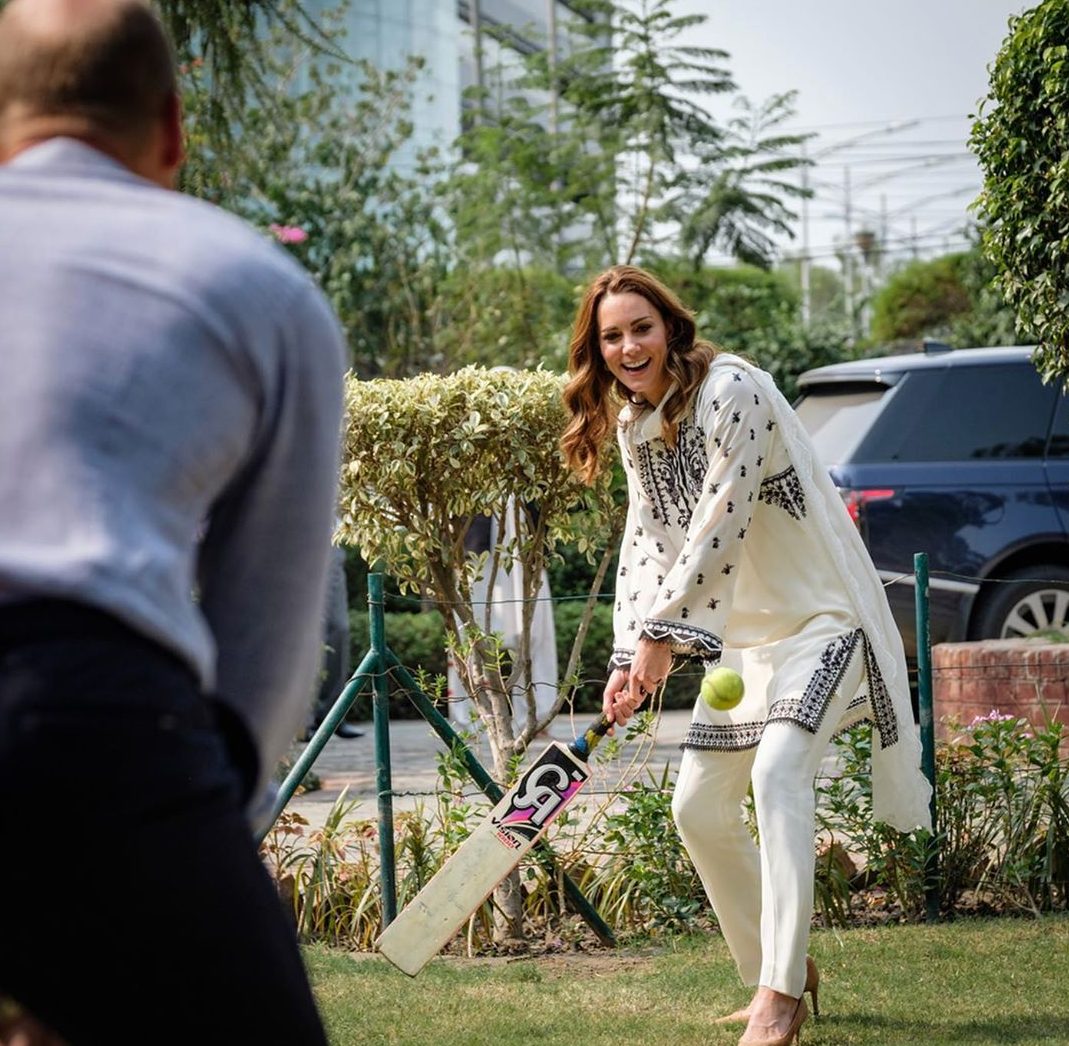 During the visit, the couple ended their tour by playing a cricket match, with William acting as umpire and Kate batting.

Kate had children in fits of laughter as she feigned injury after being hit on the neck with a ball bowled by husband William.

Both Wills and Kate also got stuck in with a game at the National Cricket Academy earlier this week. 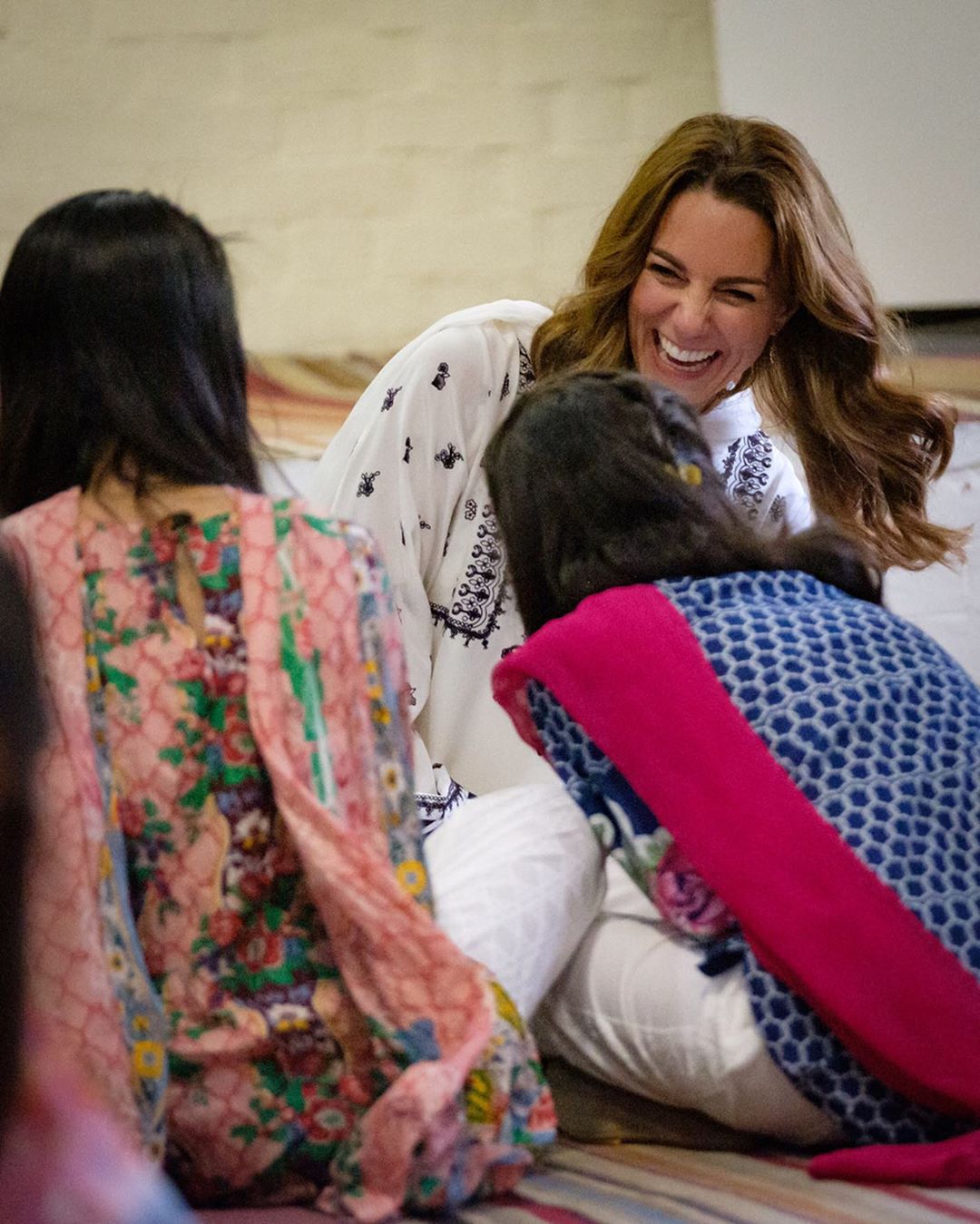 These are all the times Kate Middleton followed in Princess Diana’s footsteps as poignant Pakistan tour comes to a close.

More On: rihanna Rihanna is a work of art on the cover of Essence Rihanna wears over $2M in rubies...