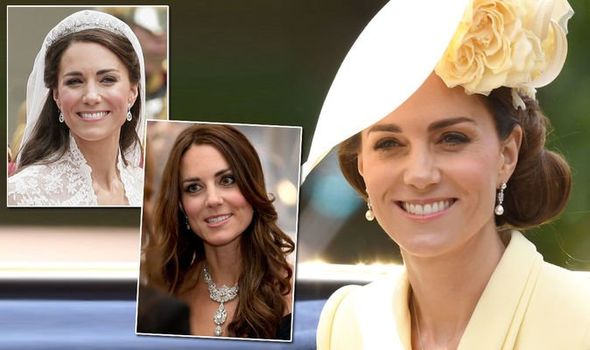 Kate Middleton, 37, has access to some of the world’s finest jewellery.

As the wife of 37-year-old Prince William, who is second in line to the British throne, the Duchess of Cambridge is often lent incredible jewels from her husband’s grandmother – the Queen, 93.

Over the years, Her Royal Highness has been photographed in a number of items from the royal collection.

Most notably the exquisite tiaras worn for important royal occasions such as state banquets.

Although her sister-in-law Meghan Markle, 38, borrowed the Queen Mary Diamond Bandeau tiara from Queen Elizabeth II for her wedding to Prince Harry, 35, she has yet to be seen in any other tiara.

The Duchess of Sussex has favoured jewellery from Princess Diana’s personal collection, which was given to her sons William and Harry for their future wives following her death.

The mother-of-one recently wore Diana’s butterfly earrings for first royal engagement following the birth of her son Archie, four months, and also sported the princess’ beautiful aquamarine ring during her wedding reception in May last year.

Take a look at Jewellery from the Royal Collection Kate has worn – but Meghan has not. 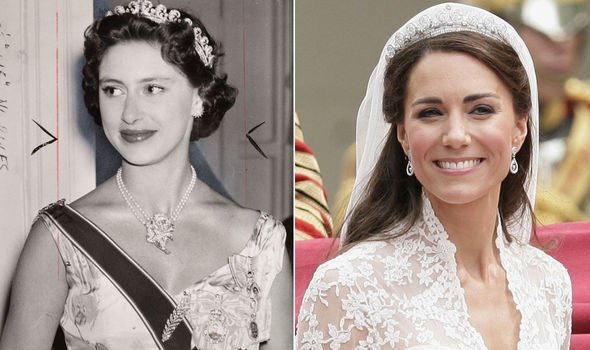 The Duchess famously wore the Cartier Halo Tiara for her wedding day in 2011.

The tiara was originally given to the Queen Mother by King George VI and then gifted to their daughter, the Queen, on her 18th birthday.

The delicate tiara was frequently worn by her sister Princess Margaret. 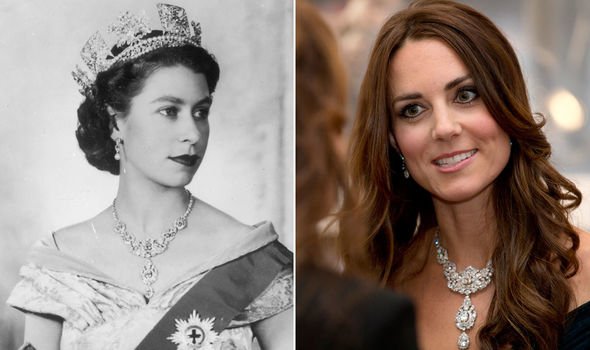 Kate wore the extravagant piece of jewellery for a black-tie reception at the National Portrait Gallery back in 2014.

The spectacular necklace was a wedding gift to the Queen from the Nizam of Hyderabad in 1947. 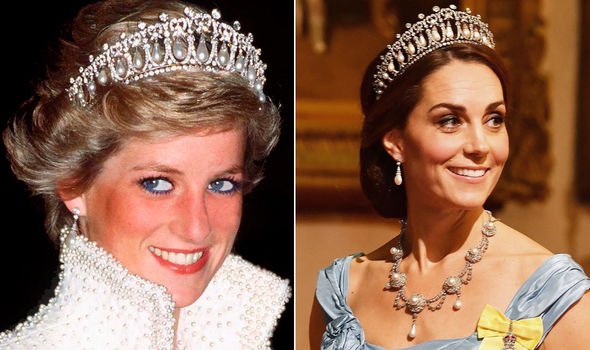 Often confused with the Cambridge Lover’s Knot Tiara, the copy of the original 1818 tiara was made in 1913 by Gerrard for Queen Mary.

The tiara, which was a favourite of Princess Diana, was left to Queen Elizabeth II when her grandmother Queen Mary died in 1953. 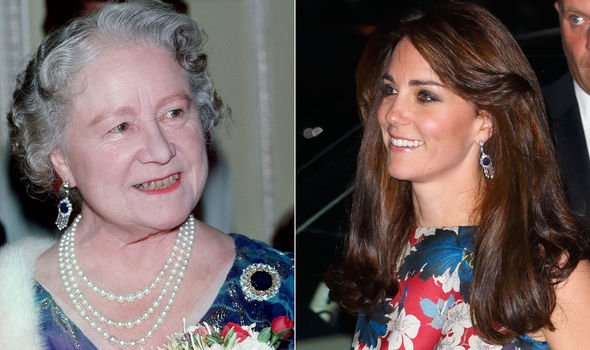 The Duchess of Cambridge wore the Queen Mother’s sapphire and diamond fringed earrings to a gala dinner at the Victoria and Albert Museum in 2015. 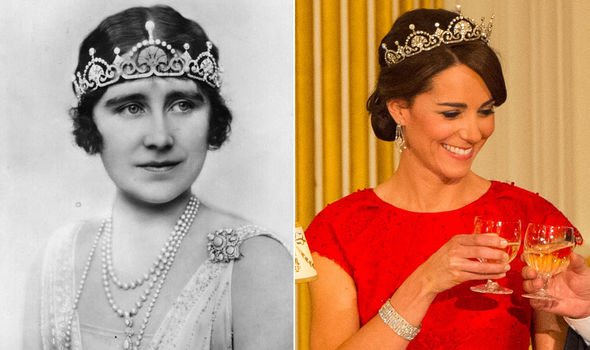 Kate has worn this tiara on a couple of occasions for royal events at Buckingham Palace.

The tiara was originally worn by the Queen Mother and was made from a necklace which was a wedding present from her husband in 1923. 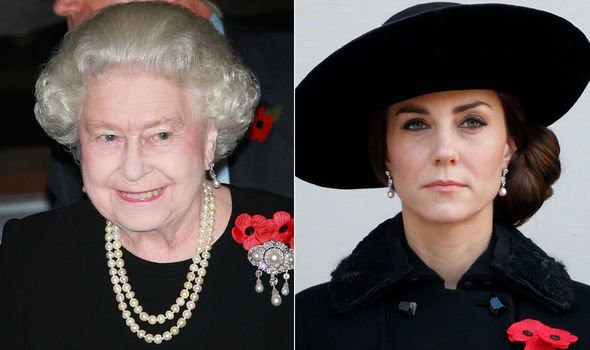 As a wedding gift, the Queen and Prince Philip were given a pearl shell containing seven large pearls from ruler of Bahrain at the time.

Two of the pearls were made into this stunning pair of earrings which have been worn by Kate on numerous occasions including the year’s Trooping the Colour parade and for Remembrance Sunday in 2016.