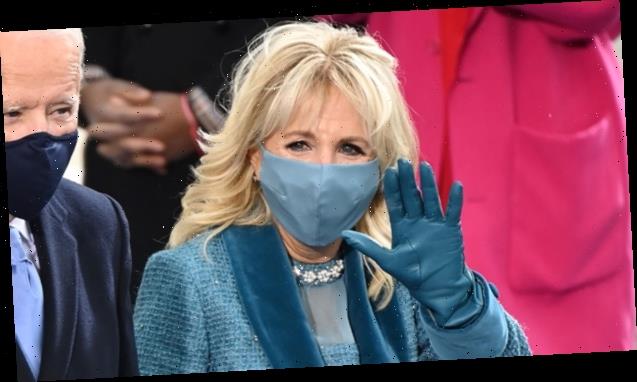 Did Dr. Jill Biden take a style cue from Britney Spears? Twitter certainly thinks so! The new First Lady stunned for her husband Joe Biden‘s inauguration in a blue tweed jacket by Markarian dress and coat that some fans thought was reminiscent of Britney’s iconic denim dress look from 2001! The pop star wore the unique strapless gown with then-boyfriend Justin Timberlake as the pair walked the red carpet and the look hasn’t been forgotten since (just look at memes). 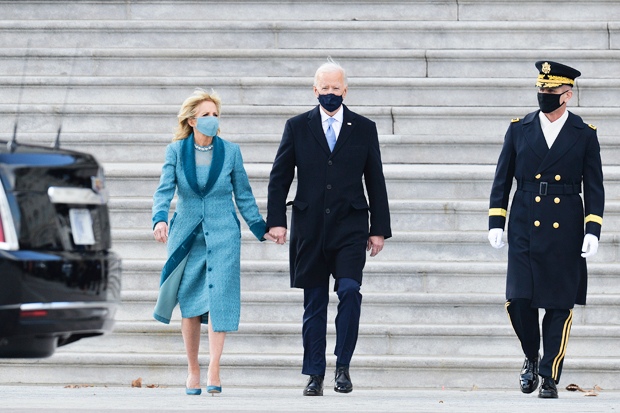 “Dr Jill Biden, FLOTUS, queen, is giving me very much Britney 2001 vibes and I’m here for it,” a Twitter user posted, including a photo of Britney from 20 years ago. The two women even appear to wearing their hair similarly! “Jill Biden serving us Britney Spears realness [with that] icy blue on,” another added, including a heart eye and laughing crying emoji, while a third wrote, “Dr. Jill Biden looks how I imagine Britney Spears will look when she’s older.” Of course, there is a 30 year age difference between the gorgeous women: Jill is 69, while Britney is 39. 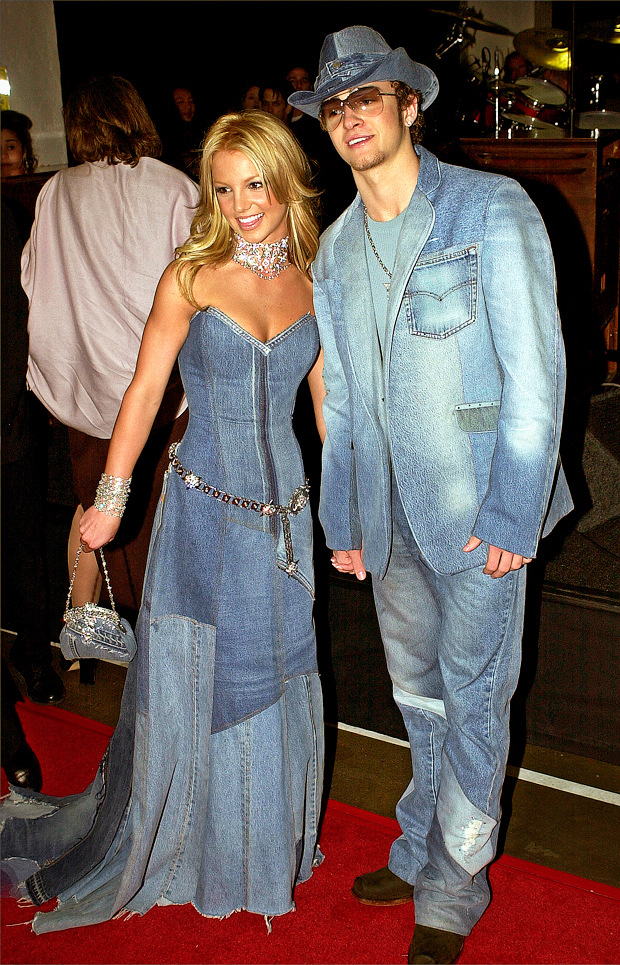 Jill looked like an absolute vision for her husband’s inauguration, showing off her Markarian ensemble as the pair walked hand in hand through the streets of Washington, D.C. The fitted tweed jacket featured luxe velvet cuffs and buttons, and underneath, her dress was adorned with Swarovski crystals and pearls. It was finished with a feminine scallop cut. She finished the look with a pair of matching blue leather gloves, a breathable silk face mask and Jimmy Choo pumps in the same shade.

“The color blue was chosen for the pieces to signify trust, confidence, and stability,” a release from Markarian read, detailing the look. The design house was founded by Alexandra O’Neill in 2017. “The look was carefully crafted by a small team in the heart of New York City’s Garment Center and hand finished by O’Neill in her West Village studio,” the release also explained, noting that the designer was “incredibly humbled to be a small part of such a historic moment.”

As for Britney, her unforgettable denim look just celebrated a milestone 20th anniversary! The Kurt and Bart designed dress was one of a kind, and she added some serious 2000s vibes with a rhinestone choker, bracelets and chain belt. “It was a really organic… it was just two kids, wanting to do something cool, and being super cute, matching. It was kind of like their prom,” Steven Gerstein, who designed Justin’s matching out outfit said to Jezebel in June.