Maggie Simpkins’ ornate In Bloom ring, part of her Permission to Shine collection, is going up for auction at Sotheby’s. If sold, it will be the most expensive piece of jewelry to come through a major global auction house by a female Black designer. The Portland native was tapped by U.K.-based luxury editor Melanie Grant for the auction house’s “Brilliant and Black – A Jewelry Renaissance” exhibition as a way to introduce collectors to Black talent.The ring’s pink diamonds and custom-colored and cut stones are, arguably, some of the rarest in the world. And although its execution was a true “coming-of-age” moment as the designer explains, it goes beyond breaking records and wasn’t a straightforward decision. As Simpkins explains, when Grant mentioned the prospect of a million-dollar sale, she remembers getting a nagging feeling. 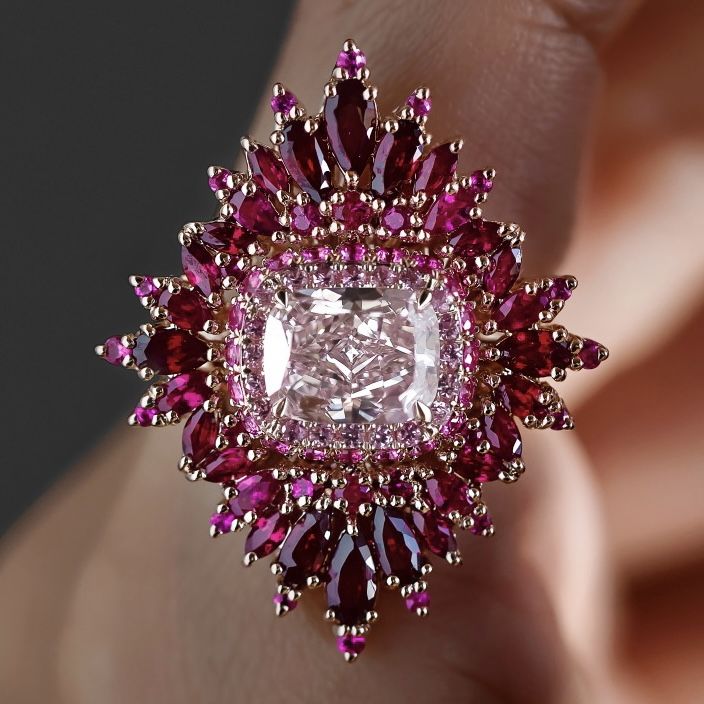 “[At first], I was uncomfortable with the idea,” she says of her initial reaction to creating such an ostentatious design for the showcase. “That afternoon, I was thinking about what I could make and get my hands on. So I approached one of my suppliers and said, ‘I can’t really tell you what’s going on, but do you have any stones I can use to create this piece?’ I saw the pink diamond, and then I was uncomfortable, again,” she laughs. “You know when they say that growth happens outside of your comfort zone? I really identify with that.” 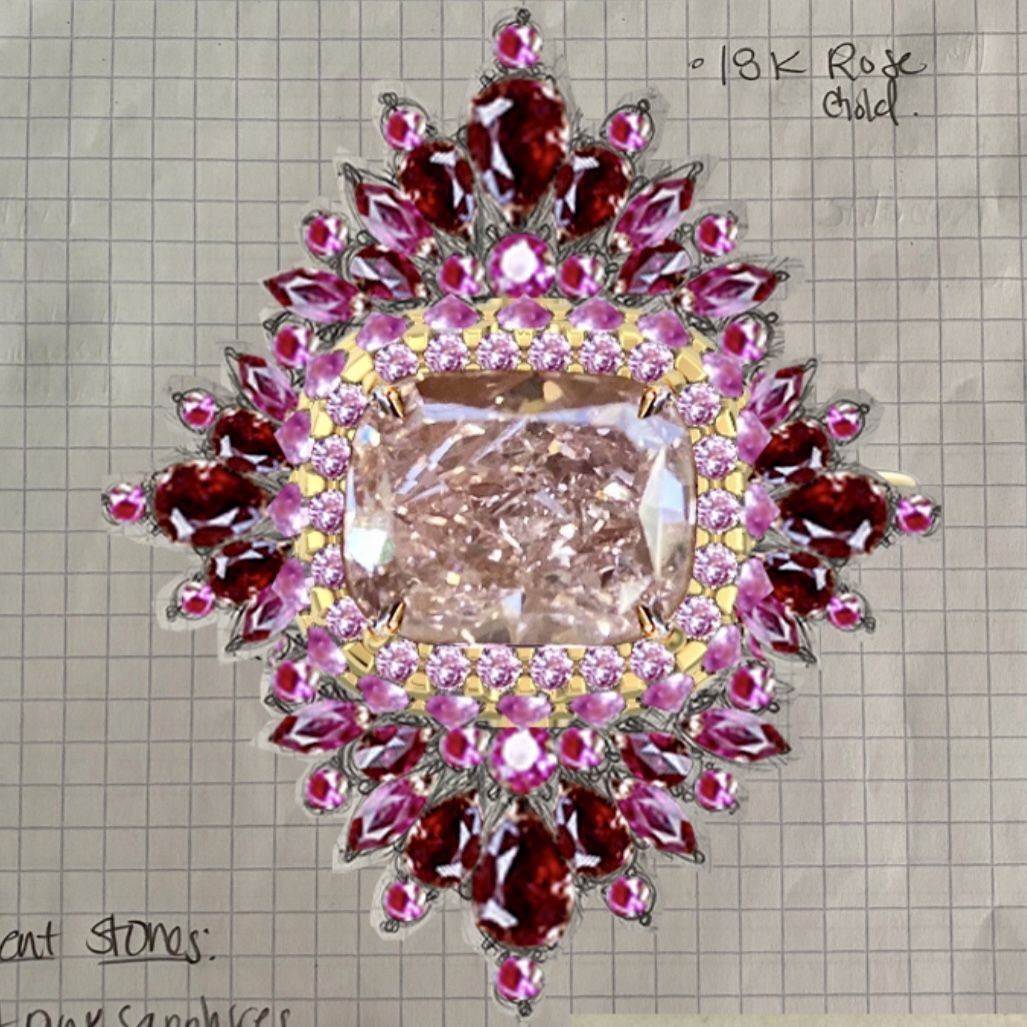 The finished product features the aforementioned 2.43-carat fancy pink diamond at the center, surrounded by three different shades of brilliant sapphires and custom-cut rubies in an explosive setting. “The inspiration was a flower blooming, and I really wanted to explore color play and gradience. The goal was to blend the colors together so it felt seamless, like a petal—no starting or stopping point.” 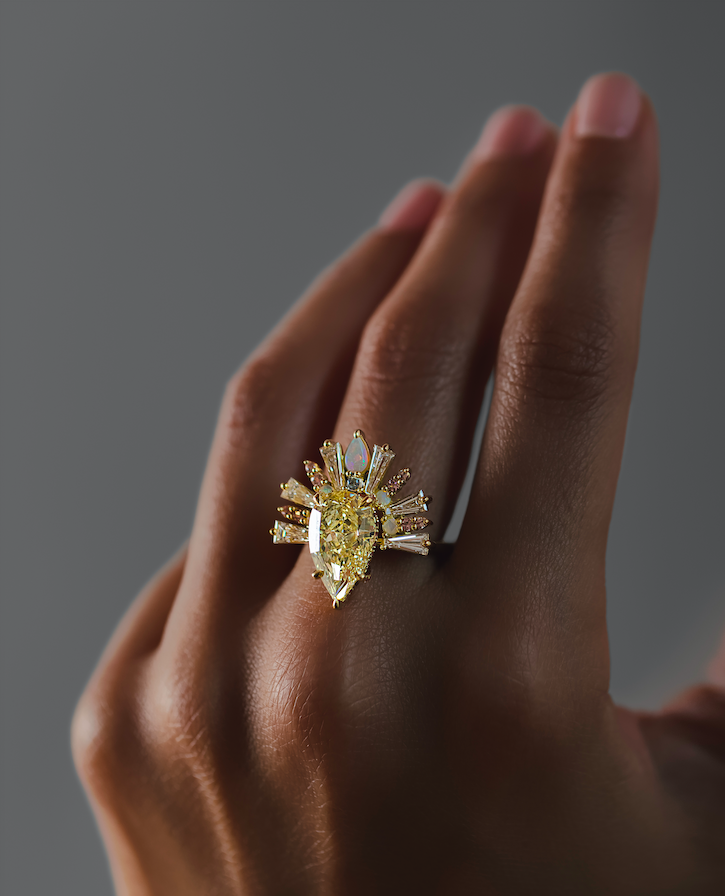 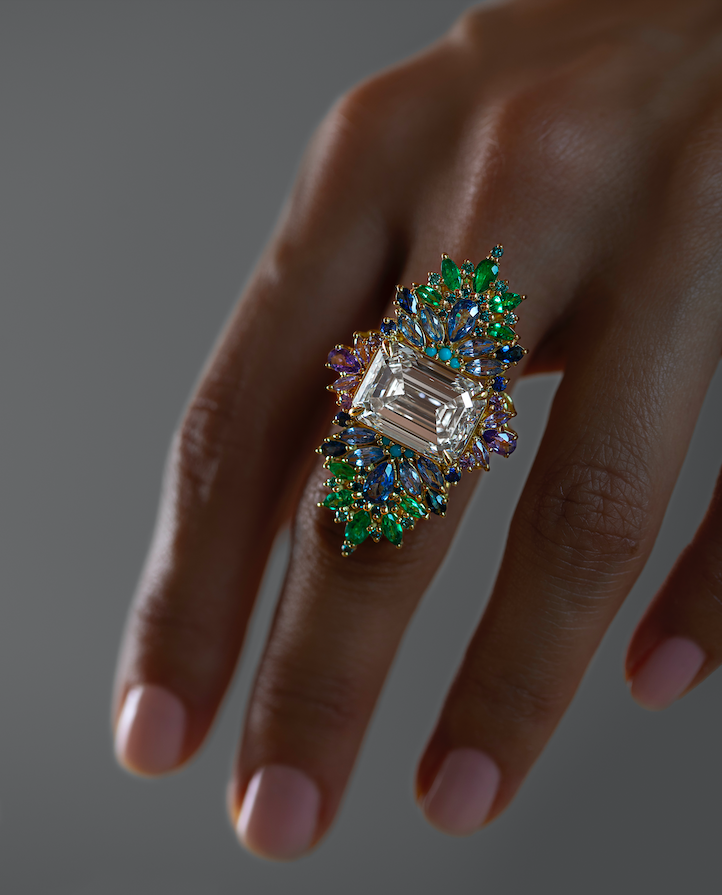 The piece also represents the designer’s firm stance on living as her most audacious self. “I think we get so used to not wanting to ruffle feathers or not wanting to make people uncomfortable and playing a little bit smaller,” she explains. “This idea of taking up space and shining can be uncomfortable. But I got to a place where I just said that I’m not going to apologize for what’s inside of me, no matter how big or bright it is. So I just created some of the wildest and craziest pieces I could think of.” 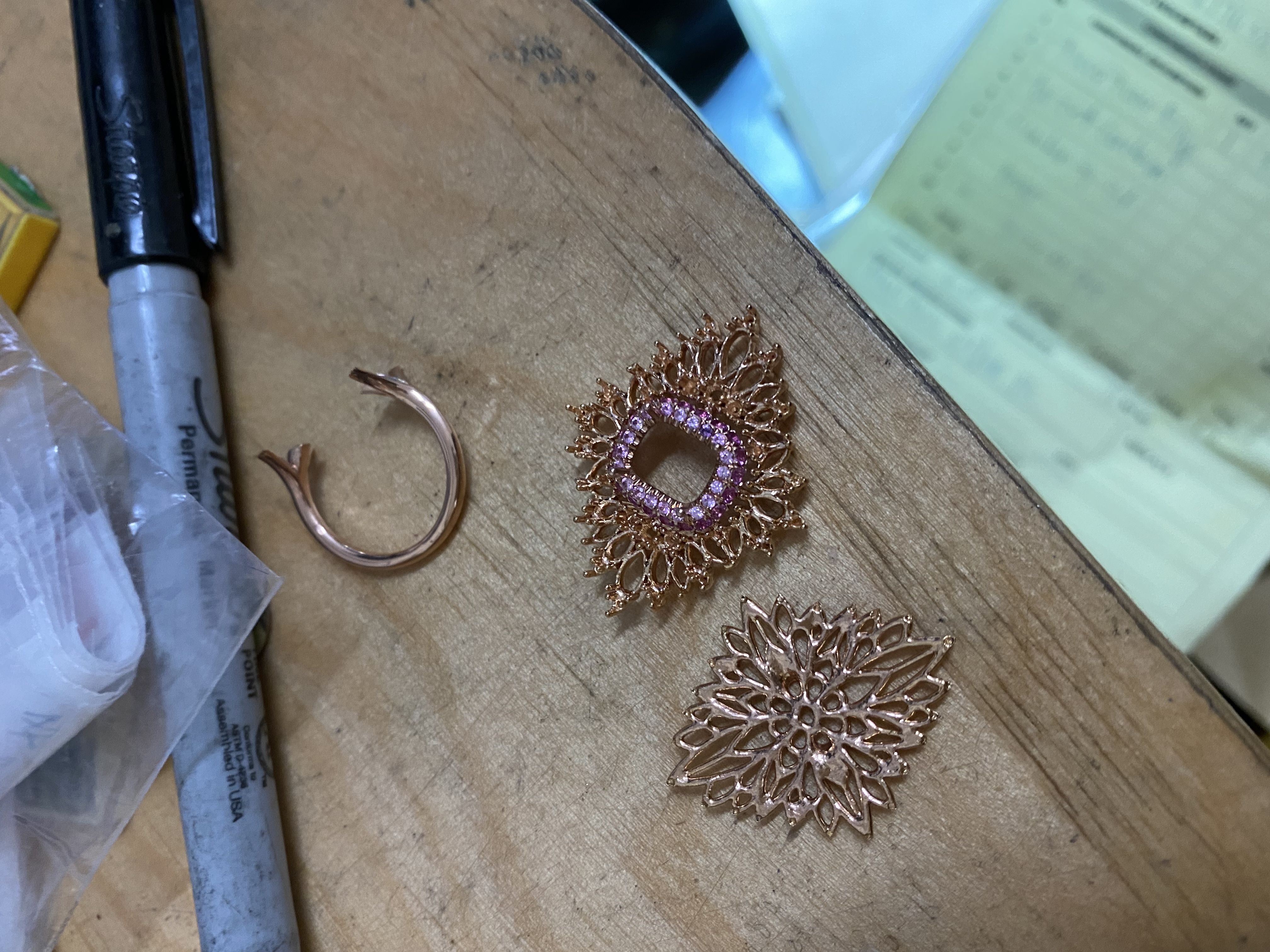 Simpkins recalls growing up in a creative household where instead of watching TV, she spent time making things. Because jewelry was a medium she gravitated toward often, after dropping out of college and moving to Los Angeles, she decided to pursue the venture full time. However, it wasn’t until she created a custom piece for a friend that she found her true passion. “The feeling and depth that was attached to me creating that piece, that was my why,” she shares. “I love creating things that are sentimental, that mean things and get passed down through generations as tokens or symbols of your loved ones. That’s really what jewelry represents to me. It’s less about being a pretty sparkly thing and more about the memories and the stories that they hold.”