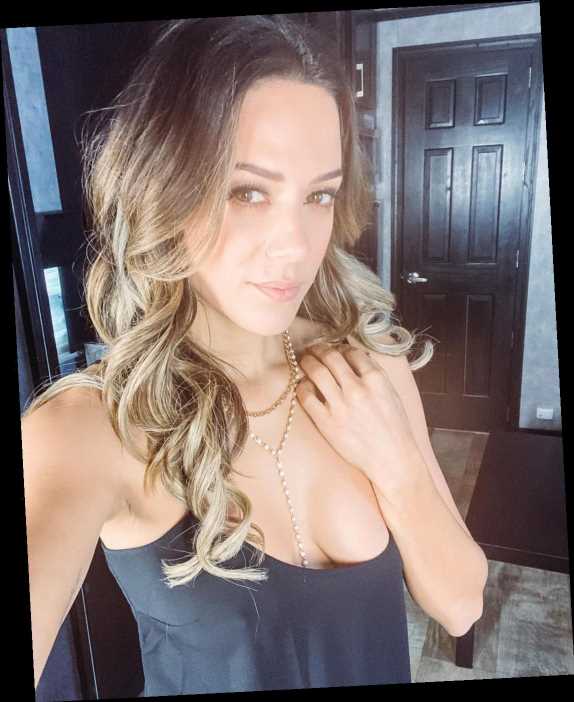 Jana Kramer is getting candid about cosmetic surgery.

On Monday, the country singer, 37, posted an Instagram selfie with a lengthy caption announcing her decision to get a breast augmentation and lift, while asking fans to "celebrate" her freedom to do what she wants with her body in honor of International Women's Day.

"Time to let you all in on a deeper level," she began. "I have been insanely hesitant on sharing this because, honestly, I'm afraid of the reactions. I guess with as much as I do share you wouldn't think I would have a problem oversharing, but this goes deep for me. I considered not saying anything but then it just would have felt inauthentic, and well, you might be noticing a difference."

"So here goes. After many years of consideration I have decided to get a breast augmentation and lift. I want to be open about WHY. First off, because 'I' want to. That right there should be enough, but I feel like I need to explain the 'I' part."

Kramer went on to share that she had previously considered having plastic surgery "with everything that happened" in her marriage. (Her husband, former football player Mike Caussin, admitted to having multiple affairs before entering treatment for sex addiction in 2016.) "I thought I would be loved more, sexier, or quite frankly he would choose me. But the better part of me knew, that was a distraction," she explained.

"It still bothered me though. And after having babies, I had a new set of insecurities with my body. Things didn't go back to normal, and I carry a lot of embarrassment when I'm undressed. I don't want to feel that way anymore," the mom of two shares, calling that the moment it all "clicked."

"Before it was what I thought someone else wanted. Now it's simple. 'I' — and that's a very 'capital I.'"

The star said she has always had a small chest — and even recalled a time in eighth grade when a boy called her "flat as a board" and "literally took his binder to show me what that looked like."

"Bottom line, I'm choosing myself, I'm choosing my size, I'm doing what's right for me. I know a woman's body is beautiful no matter what shape or size but I want this," the One Tree Hill alum wrote. The empowering post comes on International Women's Day, as Kramer encouraged her fans and followers to respond with love and support instead of criticism.

"So I just ask ya'll to celebrate this with me. I'm at a place where I feel empowered to do what I want. I'm being honest about what it means. If you need a push to give yourself that same grace, here it is. No one knows what's in another woman's head," she wrote. "Or, for that matter, under their shirt. So do what's right for you, and I'll celebrate with you, too."

Even though she's "quite nervous" to open up, she wrote that she "would love to share my journey with ya'll."

Last year, Kramer and Caussin — who tied the knot in 2015 and share two children together, daughter Jolie Rae, 5, and son Jace Joseph, 2 — debuted their book The Good Fight: Wanting to Leave, Choosing to Stay, and the Powerful Practice for Loving Faithfully. In the relationship self-help book, Caussin, 34, opened up about struggling with sex addiction, as well as his history of infidelity.

Back in May 2020, Kramer spoke to PEOPLE about the process of writing The Good Fight, revealing that Caussin initially wasn't on board with divulging so many personal matters, even though the Whine Down podcast co-hosts have previously been open about the issues. "[At first] I was writing a book about my life and our relationship, and at the time we did a treatment that I gave to Mike. He just ripped it up and was like, 'You're not releasing this.' [He was] just full of shame, which I get [now]. At the time I was like, 'I want to help people,'" Kramer said.

"This was within the first calendar year of everything happening," added Caussin. "It was still real new for both of us. I was still so stuck in shame that I didn't see the silver lining of how we can help other people because I was so small at the time."

"We're not trying to claim that we have it all figured out. We learned from clinical professionals that we've had in our lives steer us in the right direction. We have the tools," said Caussin. "[The book] is vulnerable, it's authentic, it's direct, it's funny, it's passionate."