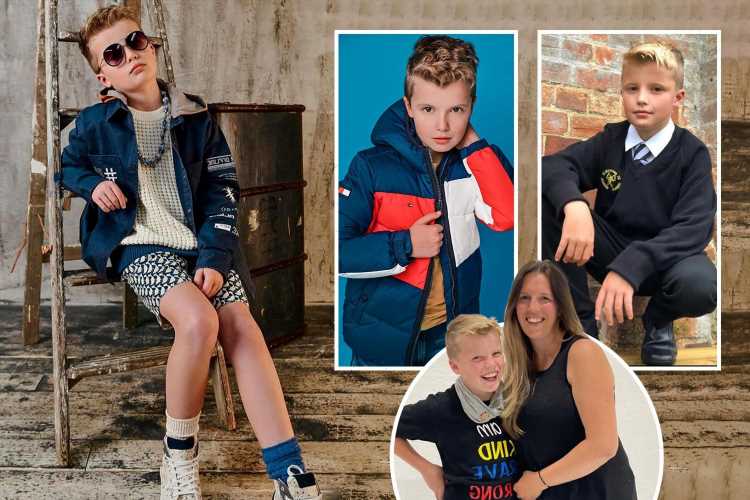 AS kids gear up for going back to school, parents scout supermarkets to find deals on uniforms. 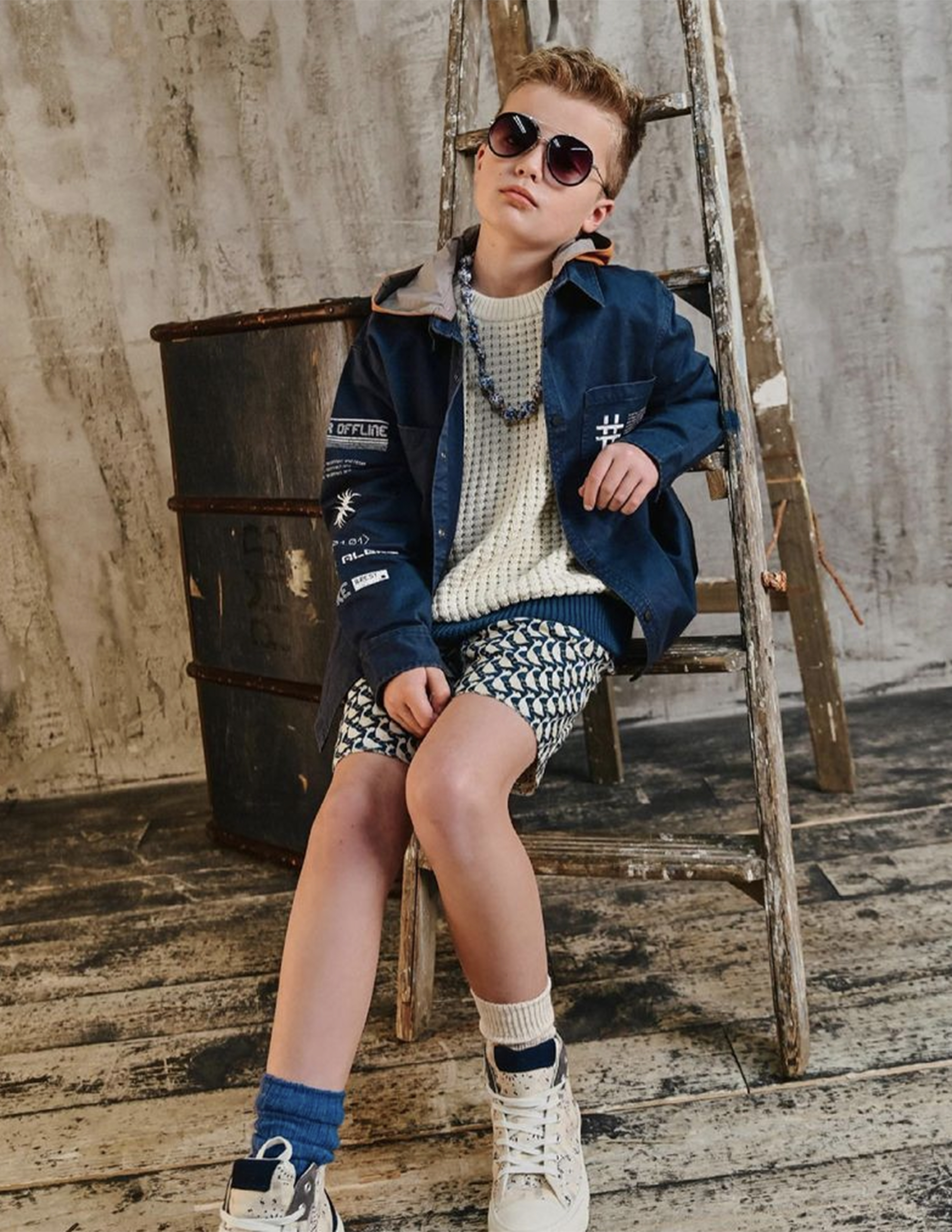 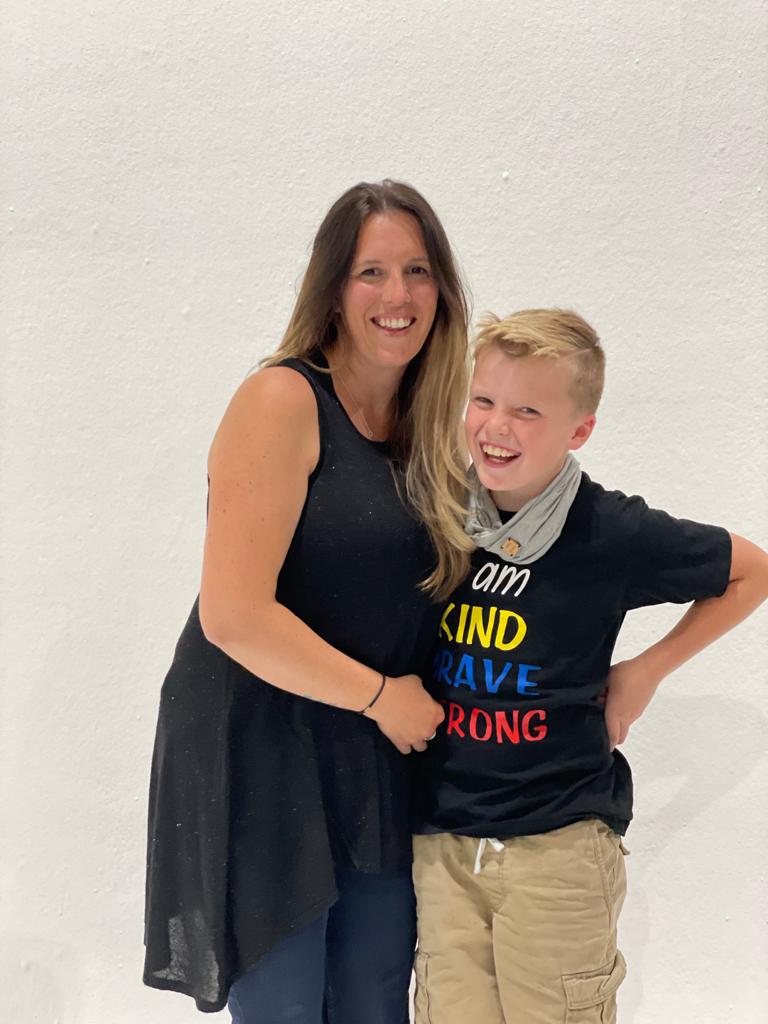 But for some kids, off-the-rack clothes won’t wash.

Doris Russell has spent almost £2,000 on flashy school gear for son Charlie, ten, who loves high-end designers such as Tommy Hilfiger and Cotton Candy, as well as sport brands Nike and Adidas.

Her biggest uniform buys were a Tommy Hilfiger coat for £120, and Charlie’s Nike Airforce 1 black school shoes, costing another £120.

Nike Phantom football boots set her back £60, with his Calvin Klein underwear a staggering £80.

White school shirts were £60 and black trousers another £60.

Doris, 39, a foster carer and mum of two from Wimborne, Dorset, says Charlie — who has modelled for Adidas, Tommy Hilfiger and Zara — has got even more image-conscious lately and refuses to wear regular PE kit.

Also mum to Freddie, six, Doris says: “During lockdown, Charlie spent every day wearing designer gear and getting him out of it has been harder than ever.

“He won’t wear approved shorts for PE and only likes Adidas ones that are £34.99 each. And he wears £20 Nike T-shirts instead of cheaper ones the other kids wear.

“He wanted specialist Nike trainers for PE costing £70, as well as Nike football boots. We go through a few pairs a year.

“Even his socks cost a lot. He wears Adidas for PE and black Calvin Klein ones for uniform days, costing £40. I’m currently searching for a new backpack, Nike or Adidas.

“I’m lucky my other son likes Primark and doesn’t care what he wears. It’s a huge relief.”

Her lavish spending will shock many parents struggling to afford basic school uniform.

A report by The Children’s Society estimates that more than 1.1million kids live in families that have cut back their spending on food or other basics to pay for uniforms. And 68 per cent of parents worry about paying for back-to-school items.

But Doris is happy to buy Charlie’s fancy clothes, saying: “It’s a reward for his hard work. He’s not spoilt — he’s well-mannered, hardworking and happens to love designer dressing.

“Ever since he was a toddler, he has always wanted to look good. It’s a fight for me to get time in front of the mirror sometimes!

“I’ve spent thousands, not just on uniform but also on a mobile phone, computers and clothes to wear to after-school parties.

“He developed his love of designer gear as he has been modelling since the age of five. He gets a lot of clothes gifted to him by designers he does catwalk shows for, so he got obsessed.

“He competes against other boys in pageants. He’s a pageant king and appears in TV commercials. We’re filming one for a building society this weekend.”

Doris saves up and buys what Charlie asks for, rather than spending on herself. She says: “I can’t remember the last time I bought a new outfit for myself.”

Doris says: “If I do buy something, it’s cheap. I’m quite low-maintenance and haven’t been to a hairdresser in 12 months.

“Charlie goes to the barber every four weeks, which costs me £16. He’ll only let one person cut his hair. I’m happy to make the sacrifice. I work hard and it’s up to me how I spend my money.

“The other mums are always lovely. I’ve never had negative comments. It’s no one else’s business.”

I’m lucky my other son likes Primark and doesn’t care what he wears. It’s a huge relief.

Dad Daniel says: “I’m impressed by his style. As long as he is happy with what he does and wears, that’s important.”

Latest figures from the Department for Education reveal the average cost of a primary school uniform is £192.14 for boys and £201.04 for girls.

Rachel says: “This year he’s had a new school blazer costing £50 and a black Tommy Hilfiger winter coat reduced from £120 to £60 that meets strict school standards.

We also bought him Champion socks which cost £20 for three pairs and Armani Exchange shoes for daily use, which retail at £120.

Jude, too, does modelling work and has appeared in ads, music videos and acting since he was nine. Like Charlie, he got hooked on designer gear at a young age.

But Rebecca praises his interest in fashion, which she says is better than sitting in front of a computer all day.

Rebecca, a civil servant from Nottingham, says: “He isn’t obsessed with computer games like a lot of kids his age or wasting hundreds of pounds on consoles.

“Designer trainers and hoodies are a passion. His wardrobe is worth more than £3,500. I’ve spent over £1,000 for school and after-school kit this summer.

“It’s a good deal because that will all last him for at least a year. When he grows out of items, I can sell them on. It’s his way of showing style in school when he has to adhere to strict uniform codes.

It took a long time to find a pair of designer shoes that met the school’s code. I hope they pass the test because they cost a fortune!

“We went to Harrods a few weeks ago and got a black Armani shirt reduced from £135 to £45. I had to take out a store card to get the discount but it was a great buy.”

Jude sells his old designer gear on eBay and will invest the money on new pieces.

Rebecca says: “Jude is constantly telling me he can make money on his stuff. He manages to make back roughly what we spend.

“Jude typically wears shoes for six months and when he grows out of them, he sells them.

He looks after his clothes and folds them away so I’m not picking them up off the floor like some mums.

I am proud Jude is an individual. He does his own thing.”

Rebecca, who works part-time to earn around £16,000 a year, adds: “I don’t buy for myself and spend a great deal of time looking for offers.”

Dad Simon, 55, a company director for an online retailer, says: “Jude tries to convince me his shoes are an investment.

“I’m not really convinced yet. I think it’s all quite pricey.”

But Rebecca says: “You can find great eBay prices.

“We put in hard work finding stuff in the sales. It’s only when he wants limited-edition trainers that we pay full price.

We put in hard work finding stuff in the sales. It’s only when he wants limited-edition trainers that we pay full price.

“I make sure his clothes are washed and ironed the way he likes. He’s the only boy I know who showers twice a day!

“He is inspired by (US rappers) Kanye West and Travis Scott. I’m proud he takes pride in how he looks.

“I just had a standard uniform when I went to school. I have my clothes and stick to what is in my wardrobe. I don’t spend a lot on myself.

“I’d rather focus on my son. We’re not rich but I work hard. Jude likes clothes. It gives him confidence and Jude has learnt to budget.”

However, psychologist Jo Hemmings warns: “When mums buy designer kit for their children to wear at school, they may feel their kids deserve ‘the best’ and they are helping their children achieve more.

“Or they may want to show their own financial achievements. If they can afford expensive stuff, it illustrates how successful they have been.

“Given a key point of school uniform is to level out wealth differences, it upsets that equilibrium — and may well distort their opinions of kids who are not so extravagantly kitted out. 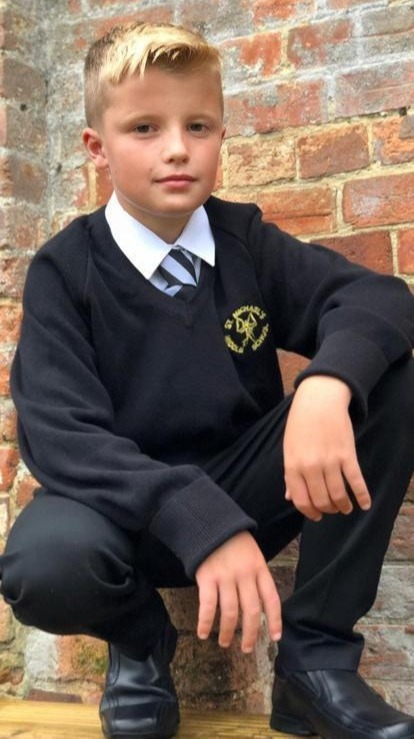 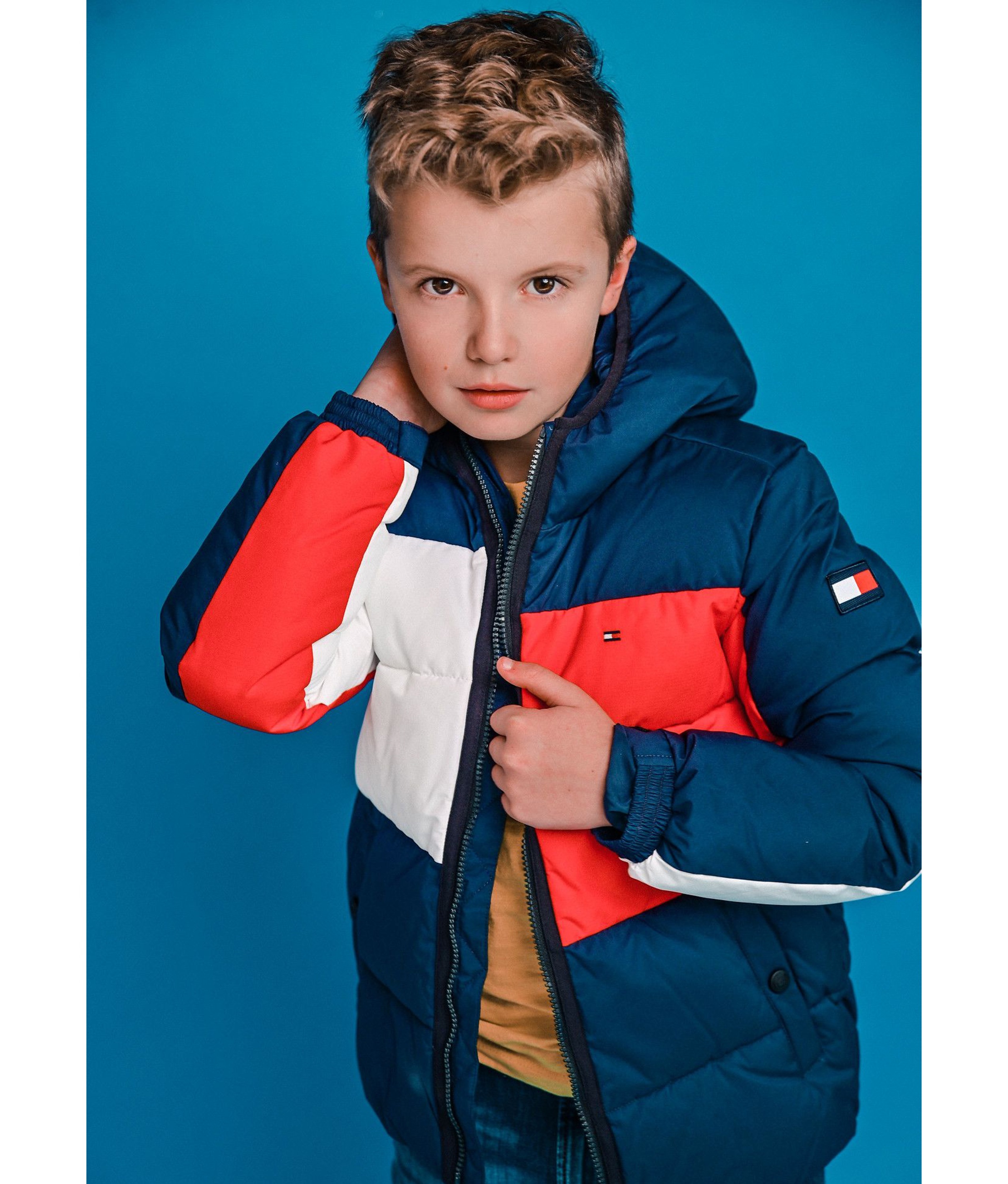 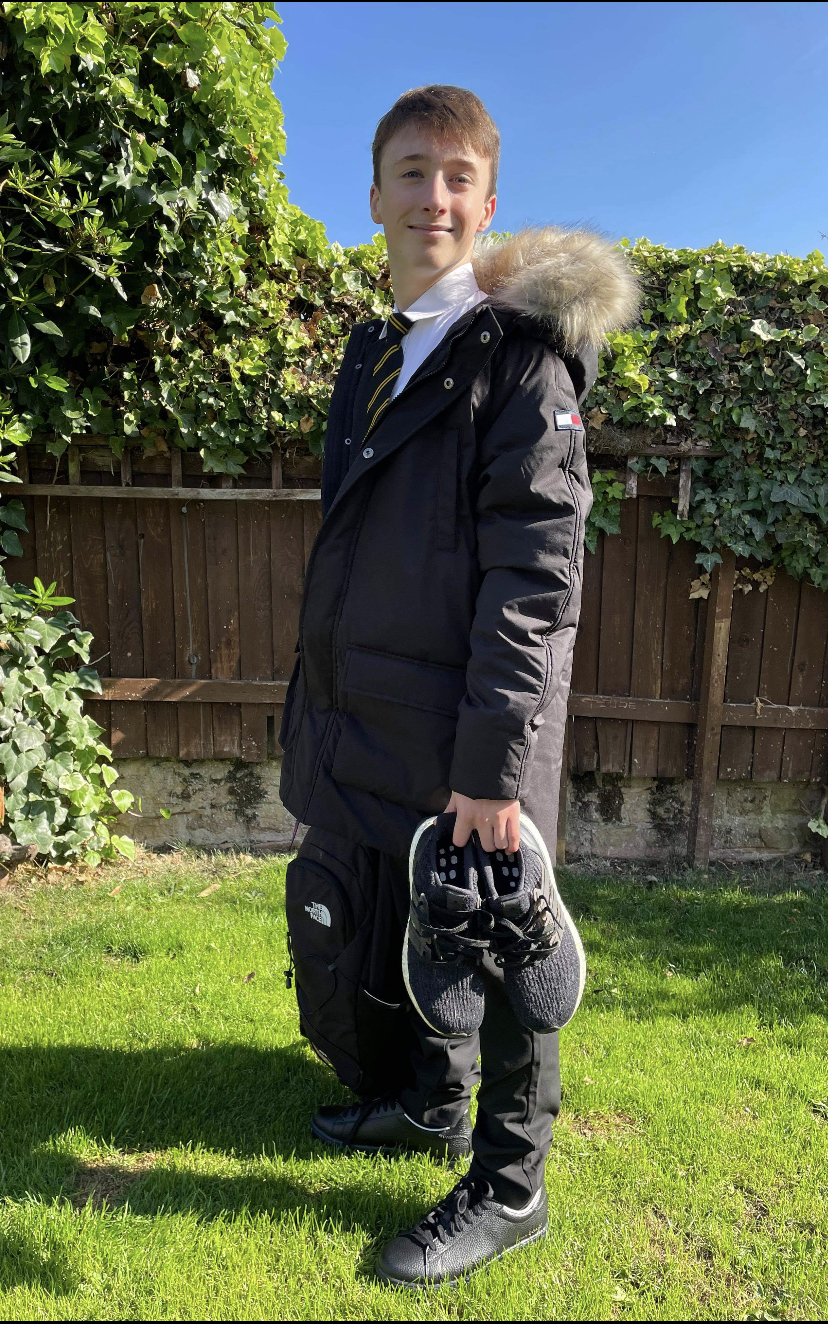 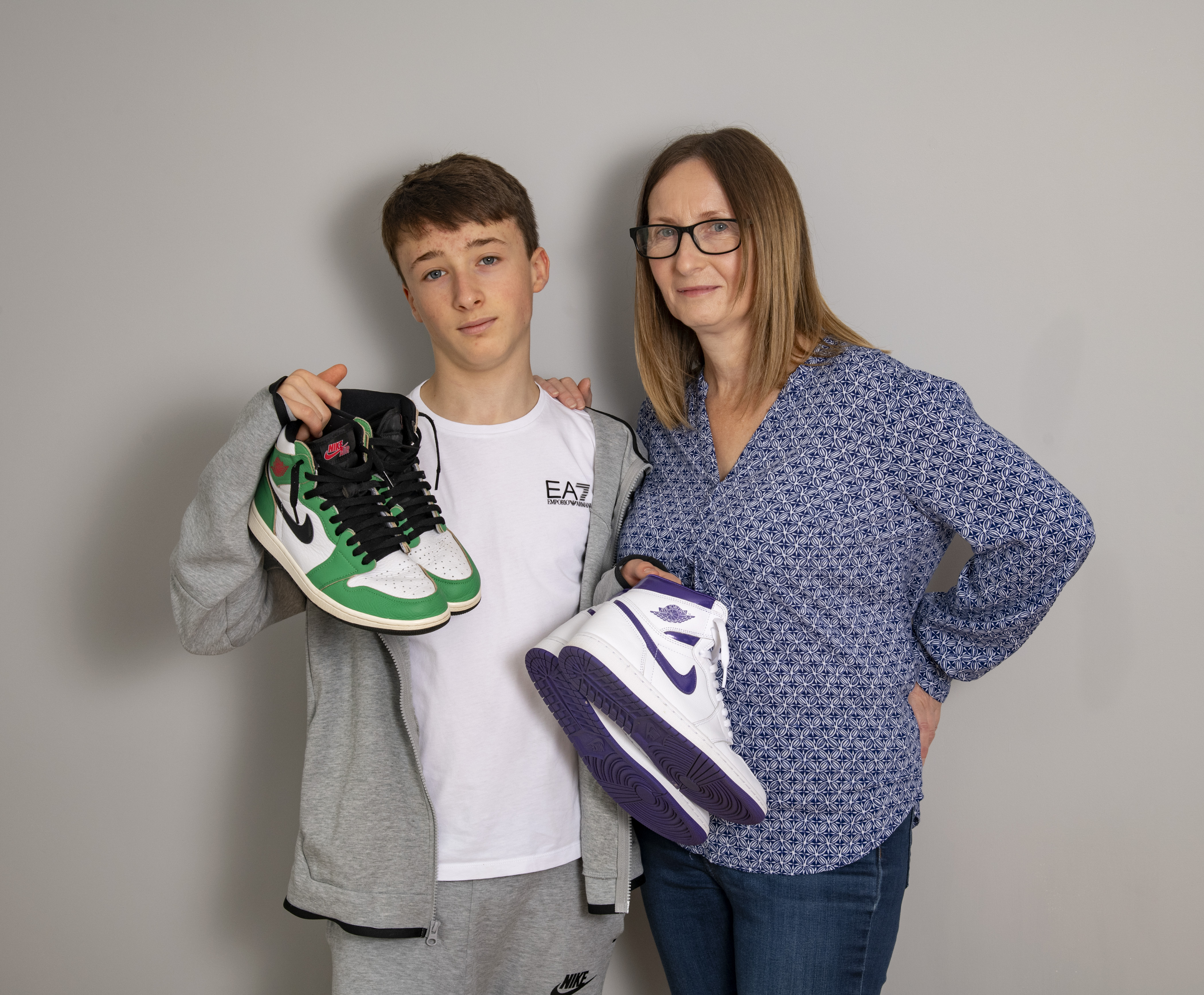