HAVE you seen the viral sensation sweeping the internet that shows how to get babies to stop crying in seconds?

The tongue-in-cheek ‘Wall of Fuss’ method involves swaddling newborns and then placing them gently in an upright position in between sofa cushions. 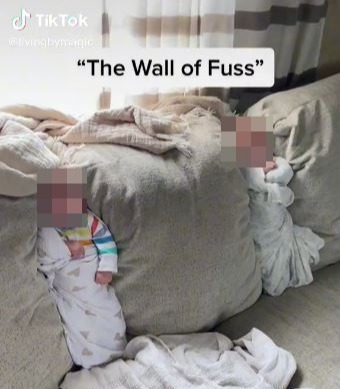 The result? The babies seem to feel instantly settled, comforted and calmed – almost as if they are being cuddled.

Sleep-deprived parents all around the world have been giving it a go as a fun activity on social media, and now one mum has shared how it worked with her newborn twins.

TikTok user Living By Magic, who can be found at @livingbymagic, recorded footage of her two babies.

She then wrote: “The Great Wall of Fuss. TikTok made us try it.” 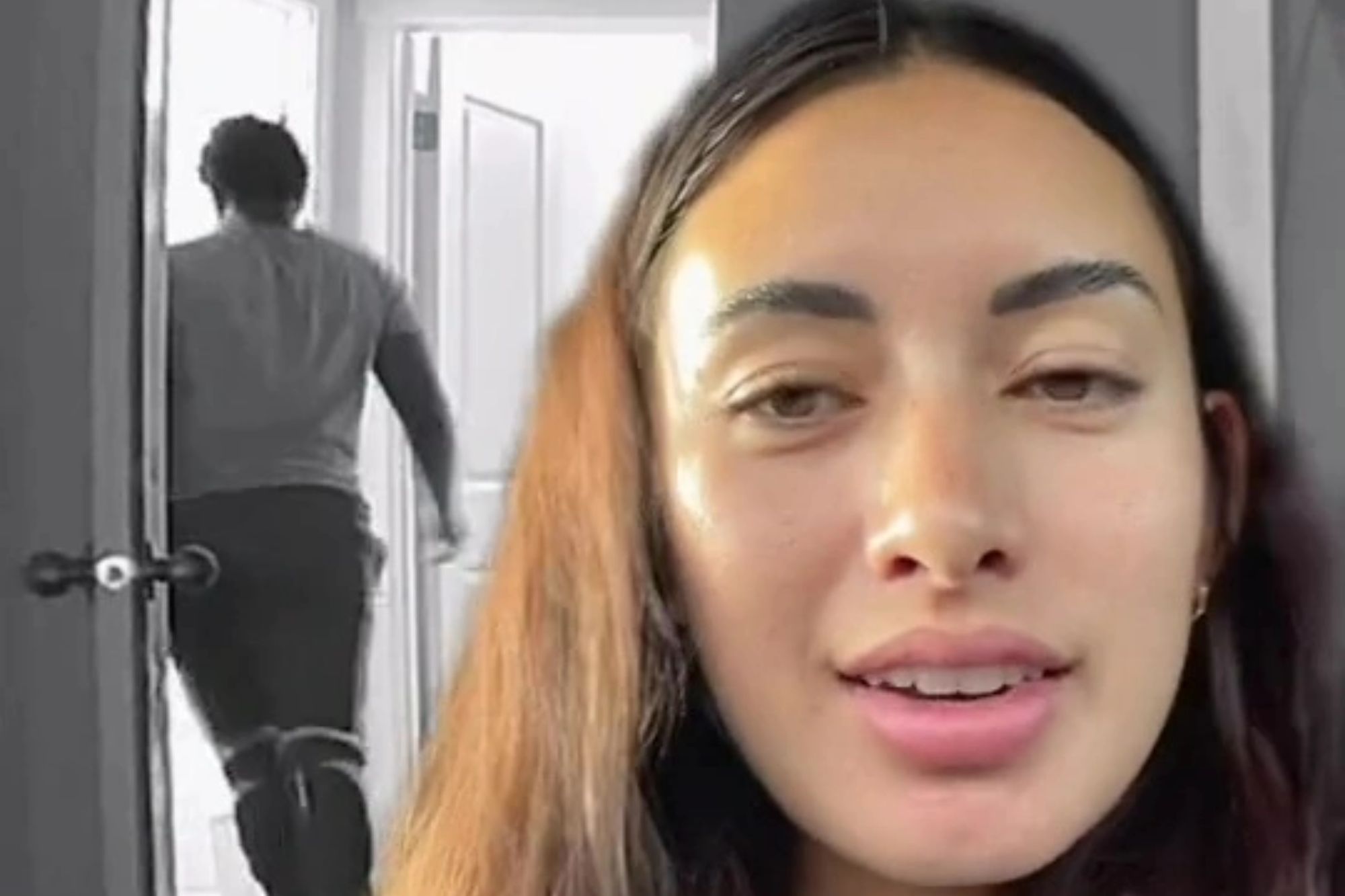 People are always stunned when I tell them my birth story 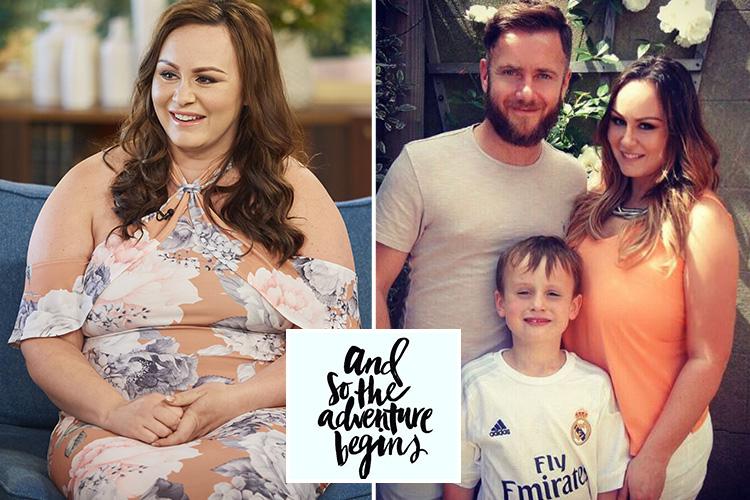 Living By Magic then said she couldn’t believe it had actually done the trick, as she added: “Seriously it works” alongside a laughing face emoji.

Of course, this is only for entertainment and children should always be supervised and the ‘technique’ should not be used as an alternative sleep method or for a long period of time.

And fellow parents said they were thoroughly entertained by the video, which has been liked almost 500,000 times.

One wrote: “This is too funny. I wish I had known this when my children were infants.”

To which Living By Magic quickly responded: “It’s so perfect!”

A second said: “Oh my goodness, so cute, they look very settled and calm.”

I’m a parenting pro, how to get your toddler to listen first time

While a third wrote: “I guess they like that, snug as a bug in a rug kind of feeling.”

And a fourth joked: “Why didn’t I think of this. Maybe I could shove one of my teenage boys in the cushions when they get sassy.” 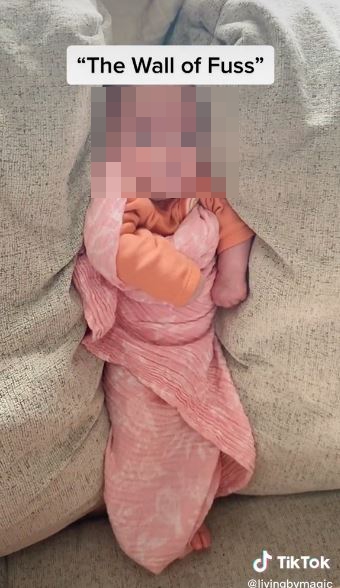