In an industry that has seen more closures than launches in recent times, one 1990s' fashion phoenix is rising from the ashes. 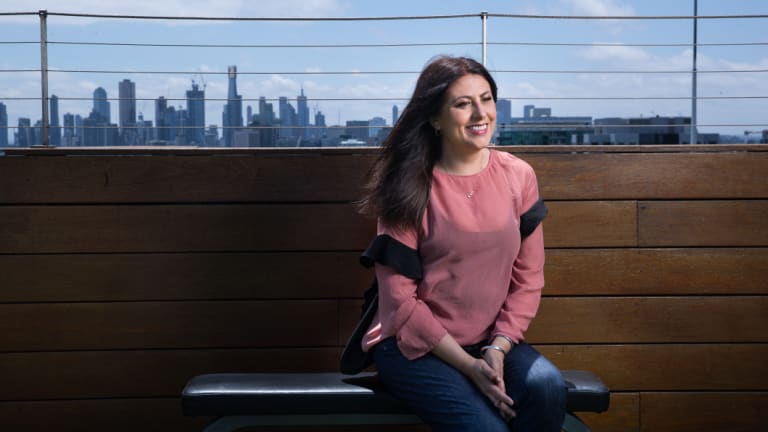 Bettina Liano: ‘It was pretty heavy what happened. I basically got left with nothing.’Credit:Simon Schluter

Bettina Liano, who made her name selling super skinny jeans before her business collapsed in 2013, is preparing to kick off the new year with a new denim business, BYBL (By Bettina Liano).

"It was pretty heavy what happened. I basically got left with nothing. My life’s work was inadvertently caught up in that final liquidation and so were my trademarks," she said.

"It took me ages to pick up my pieces. I went through some depression, it wasn’t exactly great."

Liano, who launched her cult jeans in 1989, went into liquidation citing the effects of overseas competition and the high cost of manufacturing locally. Her new range, which has just been announced on the Melbourne Fashion Festival schedule in March, will be made in Australia. 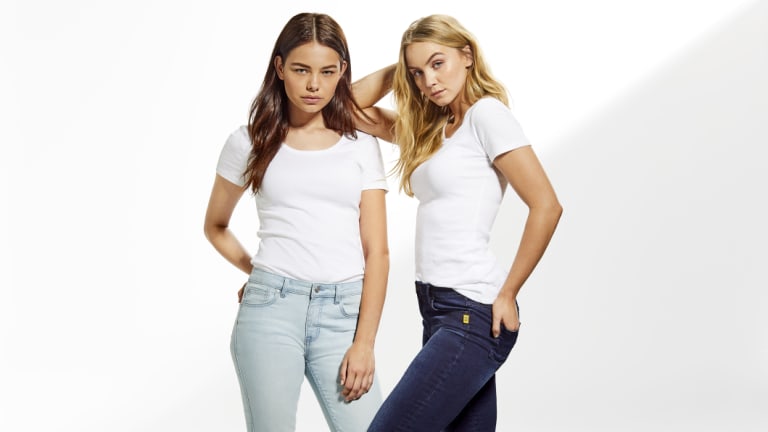 Models wearing jeans by Bettina Liano, which is relaunching under owners Apparel Group in February.

"The jeans look fantastic. These garments come from my studio, they are produced with the same integrity and philosophy as the old brand … simply by virtue of the fact it’s me [making them]," she said.

Liano will launch BYBL with 21 styles of jeans and some basic T-shirts, and has future plans to make skirts and jackets.

"I hope to be able to make as many women happy as I used to. My jeans are designed to flatter. The look isn’t so much the low rise but there’s high rise and relaxed fits. I will expand the range as I go along … it’s such a specialised field – so why spread yourself thin?"

Since she walked away from her business, Liano has kept a low profile. She said it has taken a lot longer than anticipated to re-launch herself into the fashion industry.

"I have been doing this since I was 19 years old," she said. "I don't know anything else. It was very disappointing to not be able to get up in the morning and go to work."

One of the reasons she is keen to spread the message about BYBL is to clear any confusion as the Apparel Group, a Sydney-based fashion conglomerate, prepares for a February re-launch of the Bettina Liano label, which it acquired 2013.

Liano's link to Apparel Group goes back to 2011, when her business was in trouble and she struck a deal with the company to make her jeans under licence, with the designer retaining creative control.

But the deal was short-lived and in 2013, creditors wound up Bettina Liano, and Apparel Group bought the trademarks to the brand and several associated labels.

"I never took it personally, it’s business," Liano said. "They wanted what I had and that’s all there is to it. The hardest part is why they couldn’t include me, not even a small percentage."

Apparel Group executive director Andrew Michael said the company had been sitting on the Bettina Liano brand until the right opportunity to relaunch it on a "significant scale".

"This opportunity arose a few months ago when we agreed to a collaboration with a major retailer," said Andrew, although he declined to reveal details until after Christmas.

"We have paid close attention to the heritage of the Bettina Liano brand ensuring the range resonates with [existing] customers … we also aim to appeal to new customers who are seeking the perfect pair of jeans, beautifully made at really competitive prices."

Mr Michael said there was no ill feeling from Apparel Group towards Liano "just as I’m certain she will be pleased to see Apparel Group relaunching the brand".

Looking back, Liano, now in her early 50s, said she has learned many important lessons from her 30-plus years in the industry.

"My business grew organically and naturally; my learning curve was exponential," she said.  "I never knew anything but how to make something people wanted and needed. That’s what I was good at.

"I didn't understand the commercial law side of things and that’s what caught up with me. I was taking advice and didn’t have a solid mentor I could go to and talk about what was the best thing to do. I was unaware my trademark was unprotected. Ultimately I have to blame myself for everything because you can’t be a big businesswoman and cry about what went wrong – you have to admit to your mistakes."

Still, Liano is focused on delivering jeans to the legion of fans she knows are still out there. Her message to them? "You can have your jeans back again. They’re here. They’re back – and then some. The wait is over."

Then: co-founder (with Heidi Middleton) of sass & bide, which was later sold to Myer. 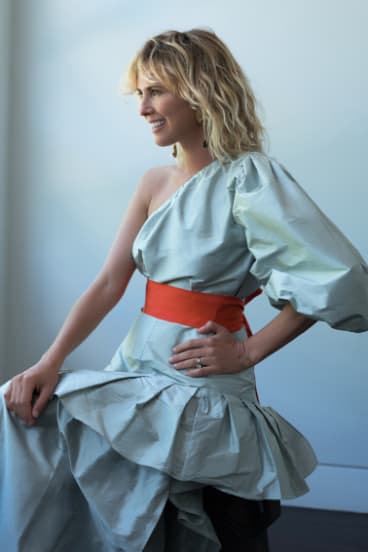 sass & bide co-founder Sarah-Jane Clarke has launched a new brand after taking a three-year break from the industry.

Now: has relaunched an eponymous label specialising in resort wear for the sophisticated traveller.

Then: founder of Metalicus, which was famous for stretch basics but went into administration in May under current owners General Pants Group.

Now: co-owner with Vanessa Brott of Base Bodywear, a brand specialising in luxury basics that launched in November.

Then: worked together at 2000s cult denim brand Ksubi.