When Josh and Jeremy Salyers, 35, met Brittany and Briana Deane, 33, they called it a “double fairytale”, and they now hope to raise their families together. 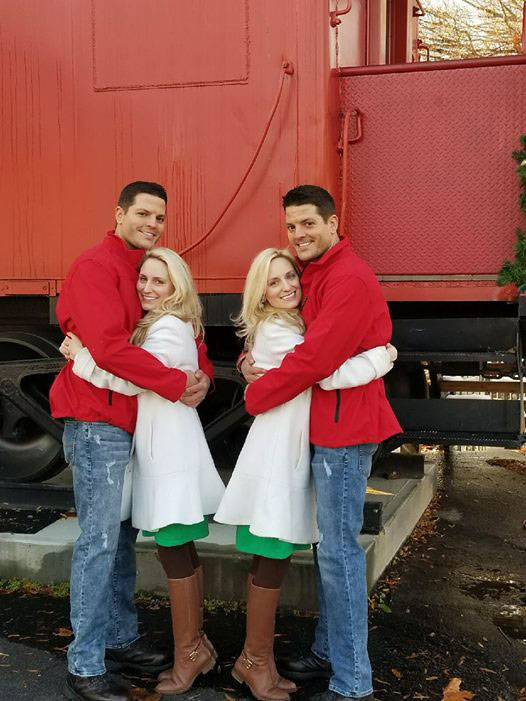 The couples met when they all attended a festival for twins in Ohio in August 2017, and say it was pretty much love at first sight.

The loved-up duos claim they had an instant connection and now Briana has married Jeremy, while her sister Brittany married Josh.

They even got engaged at the same time and tied the knot together in matching outfits as part of the 2018 Twins Days Festival.

The newlyweds are now making a joint marital home in Virginia, and revealed on the TLC documentary Our Twinsane Wedding, airing tonight, they hope to fall pregnant at the same time too. 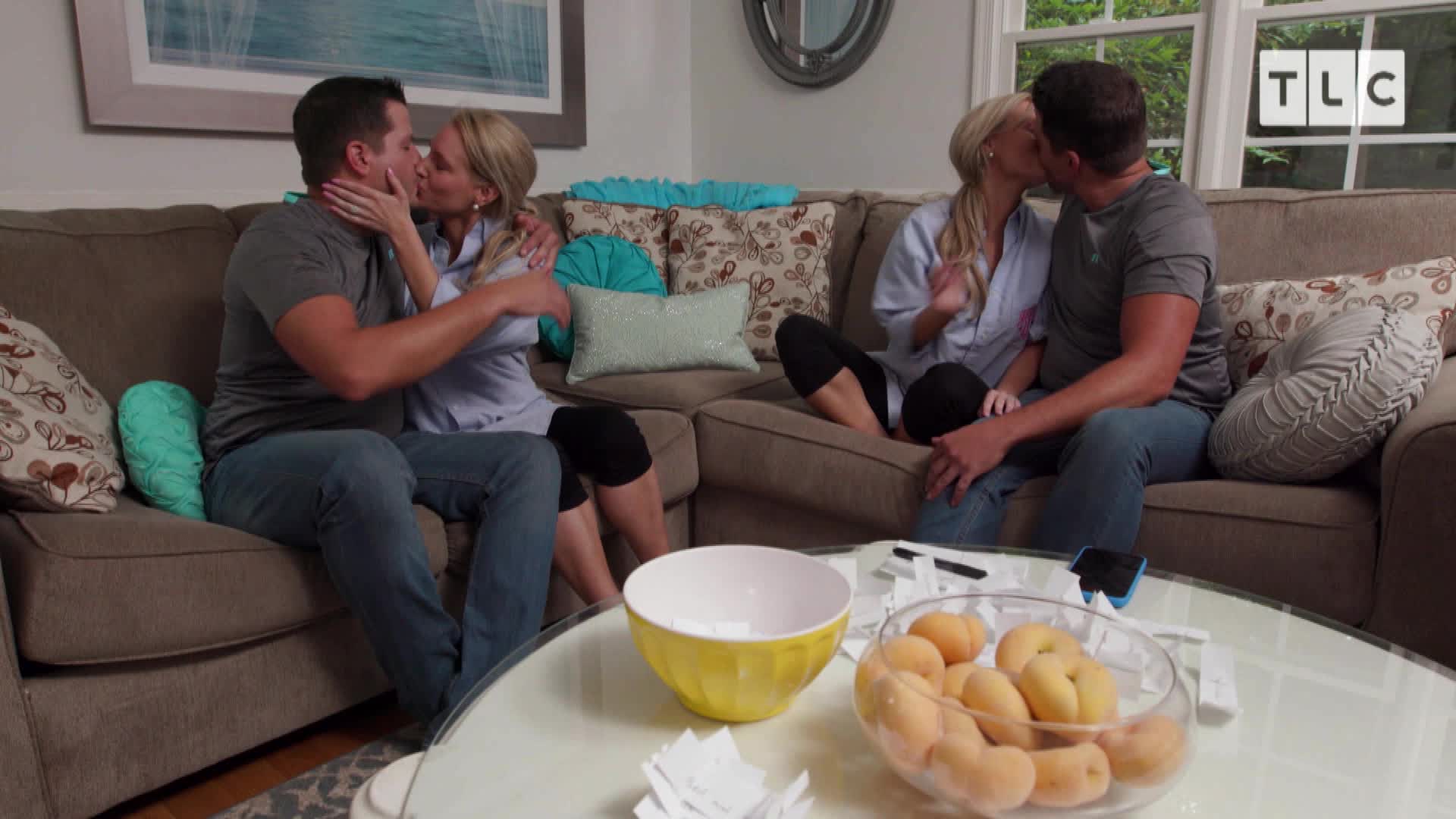 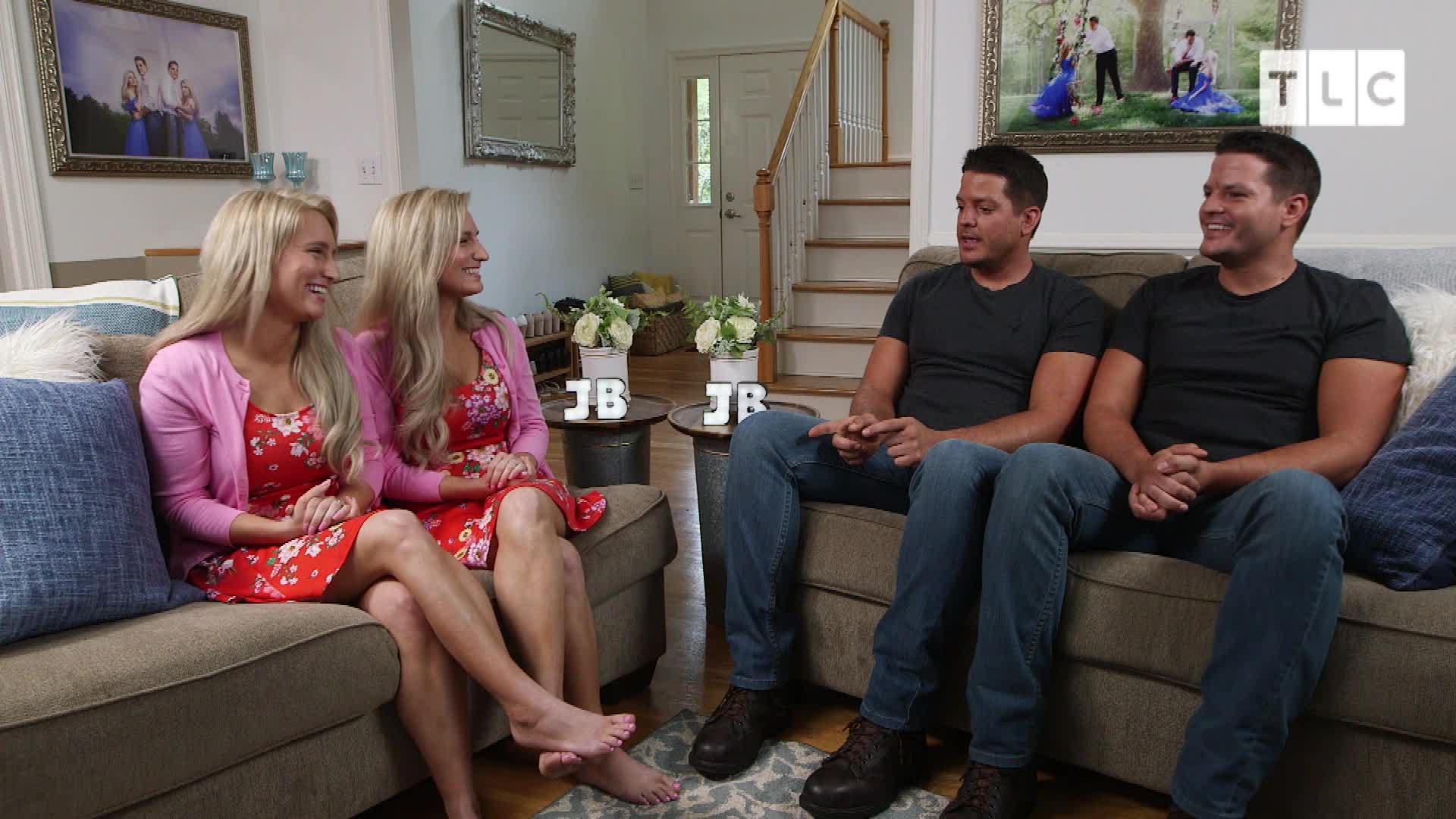 Briana’s husband Jeremy said on the show: “We want to have twins and we want them to be born on the same day. I know that’s four babies.

“We’ll be raising our families together as well, that’s something we are all on the same page too.”

Brittany points out on the programme, which documents their wedding preparations, that their future children will be closer than typical cousins, thanks to their unusual genes.

She explained: “Because genetically, if you think about it, it’s like mind blowing. Our children will be genetic siblings.

“So they’ll be cousins in theory, but they’ll be genetic siblings because we share DNA, and they have the same DNA.” 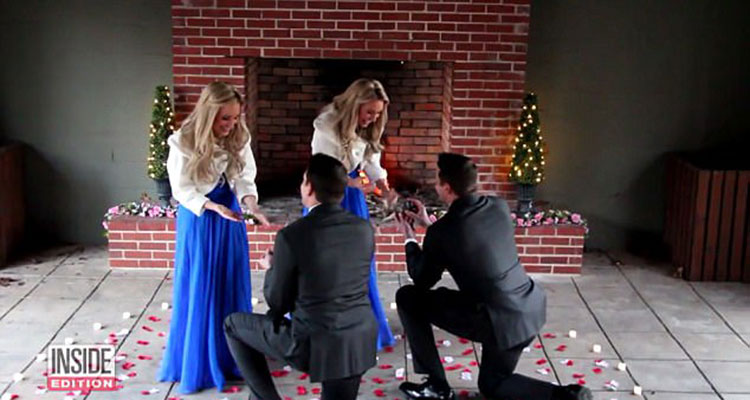 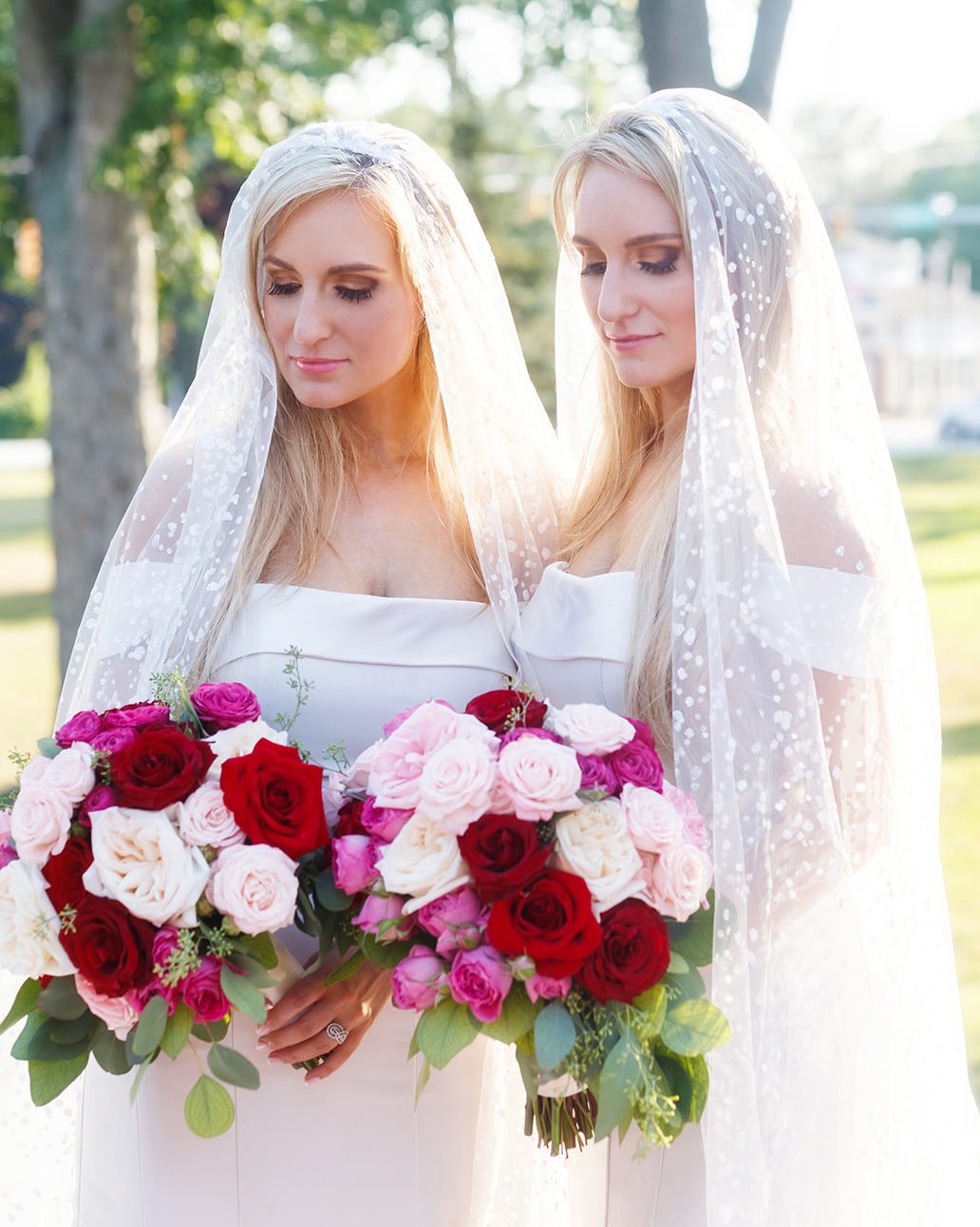 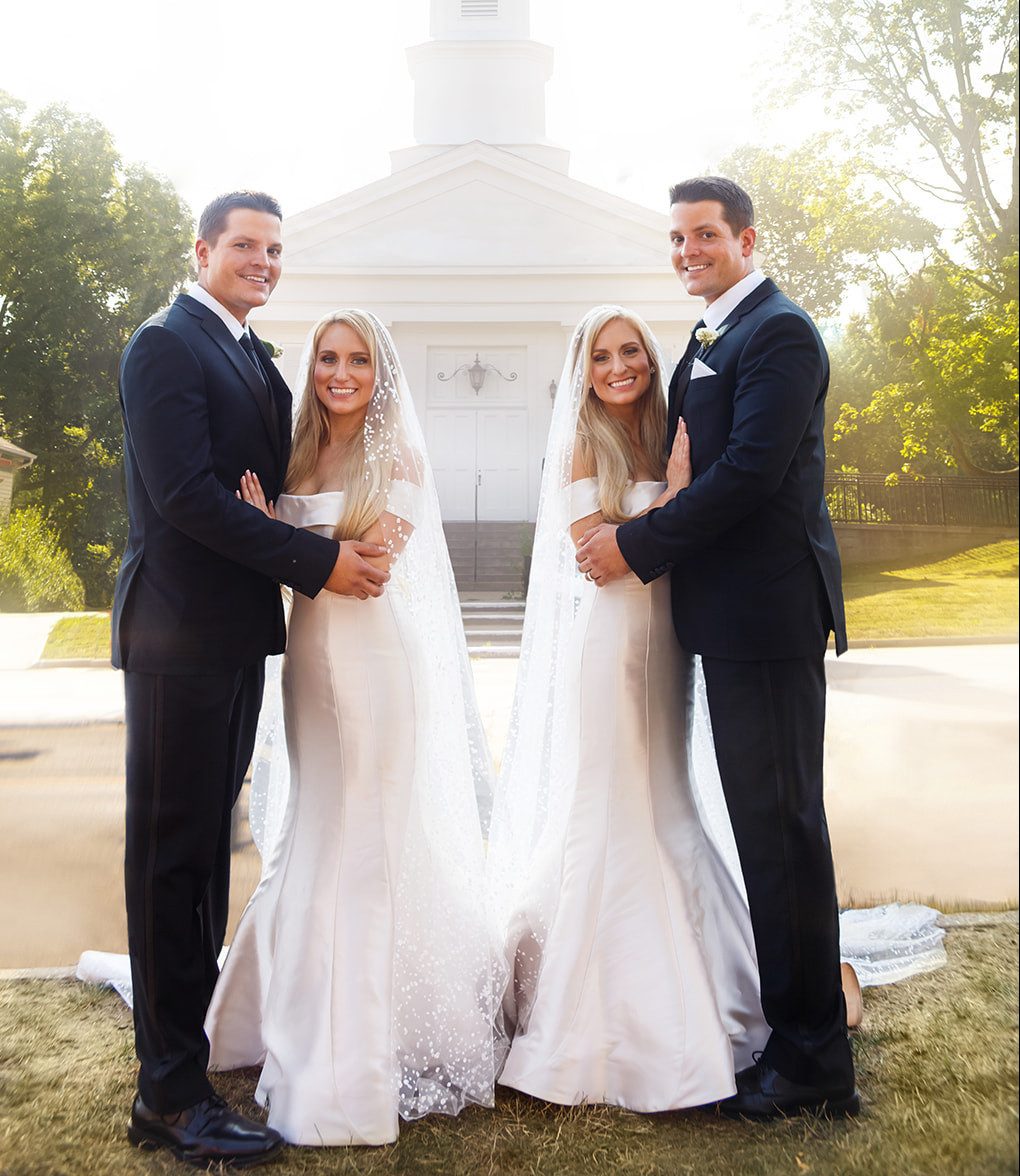 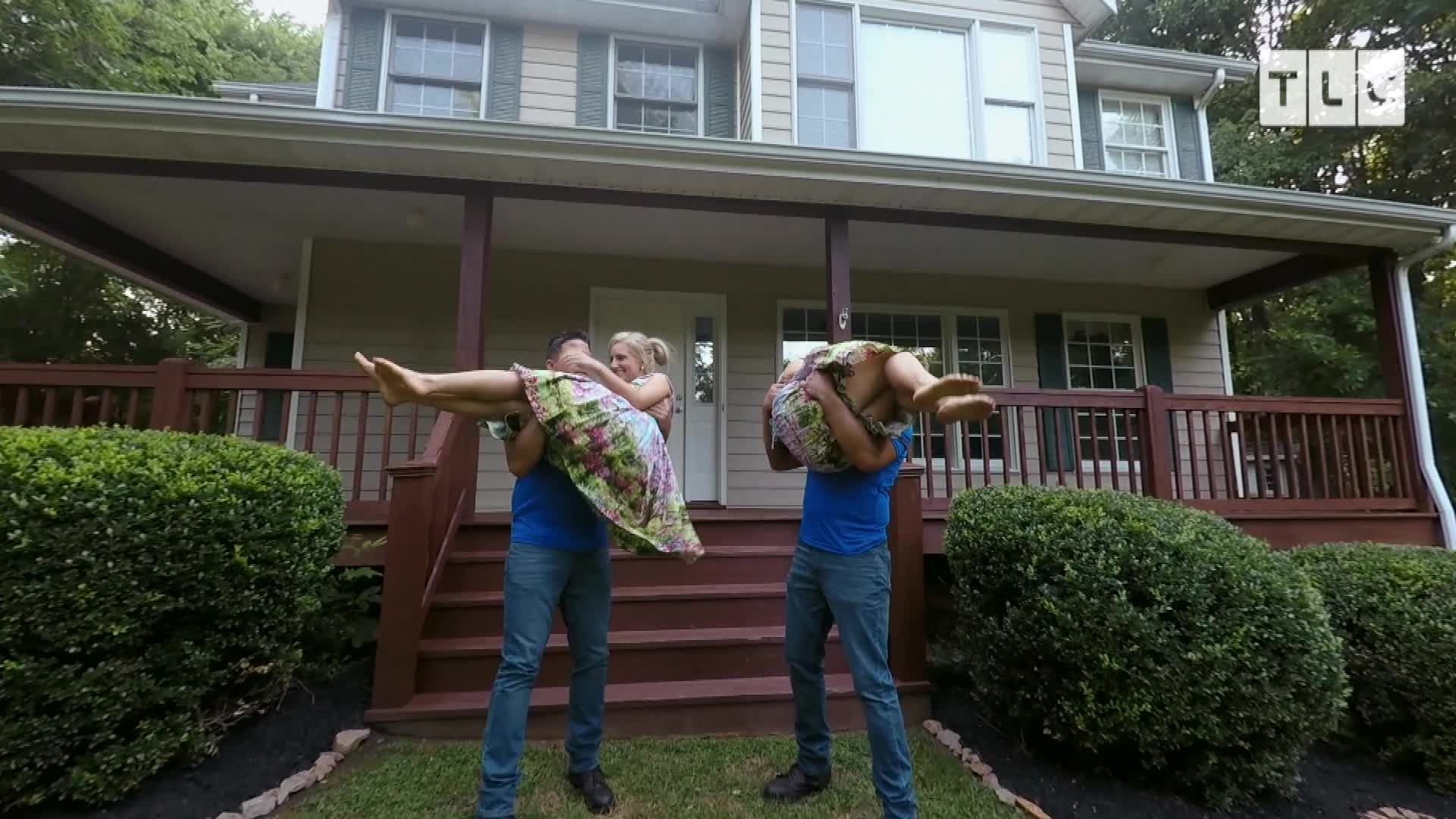 The blonde sisters are both attorneys at the same law firm, and say they couldn’t bear it if they fell pregnant at separate times, as they share everything together.

They got the same exam results throughout school and said they “felt loneliness for the first time” when they parted to go to separate law colleges.

Briana said: “If she [Brittany] was pregnant I would prefer being pregnant too. Being pregnant at different times would be difficult especially with the physical changes that happen.

“So if I was pregnant and Brittany wasn’t, I imagine I would look very different… That would be so hard.

“We’d be different weights, we would look different, our bodies would be experiencing different things."

Brittany joked: “So what, am I going to go out and gain 30lbs on purpose or wear a pregnancy cushioning?”

Briana laughed: “We won’t be taking that many pictures that year”, to which Brittany replied: “Hopefully we won’t have to go through that!” 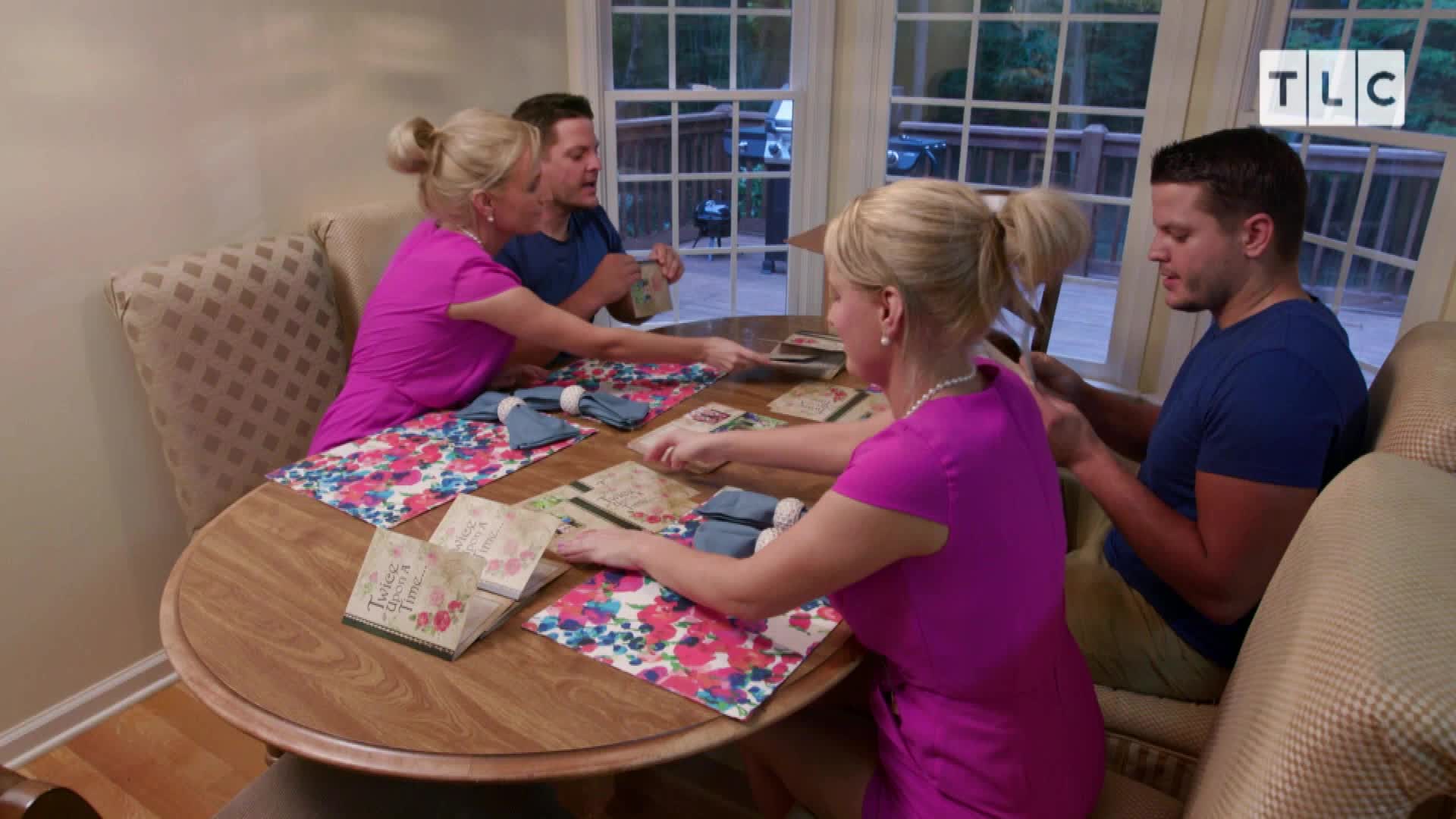 Even their parents, who are in full support of the romances, said they have wondered what life will be like when two couples have kids.

Mum of Brittany and Briana, Debra Deane, said: “I like to think about their families and what their life might be like. If they end up with one child, do they have four parents?

“How will discipline work? Recognising mum versus aunt and dad vs uncle. It’ll be interesting that phase.”

Josh admitted that some people react negatively when they hear about how the couples hope to raise their kids together.

He said: “Everyone is ok with the whole twin relationship and twins marrying twins, but when we start discussing raising a family together and living together.”

Jeremy chipped in: “They think it is really out of the ordinary and weird that we’d want to do that”, to which Josh replied: “It’s our life and this is what we want to do.” 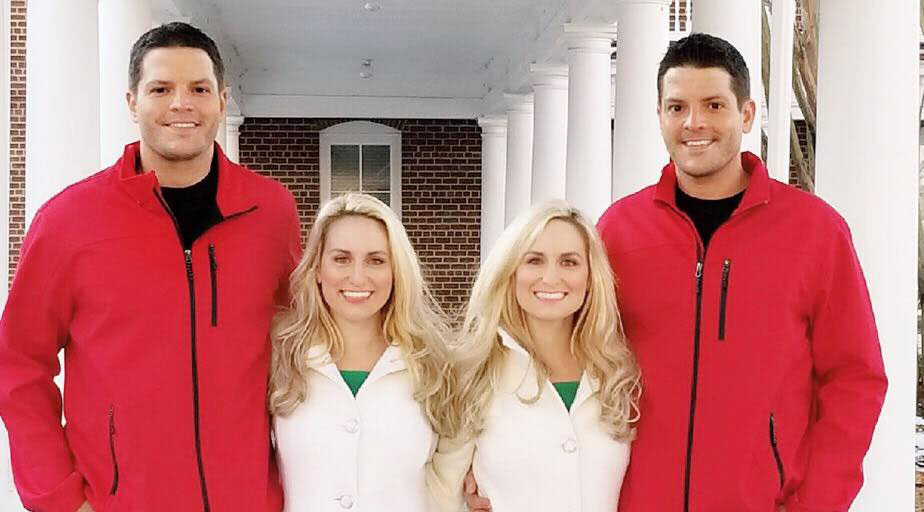 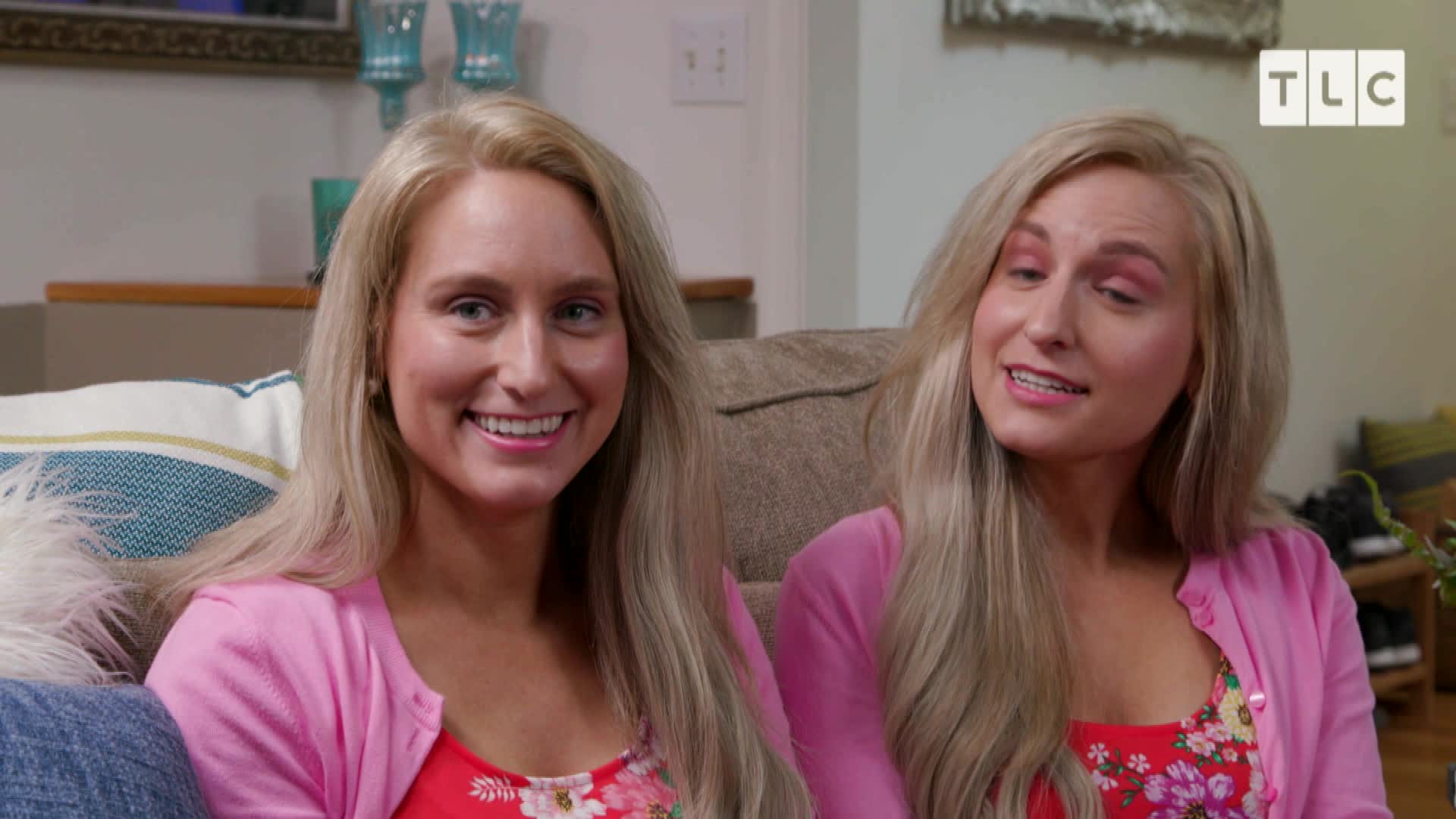 The girls admitted that when they eventually have kids with Josh and Jeremy, that they will consider themselves a “mum” of the other sister’s children too.

Briana said: “That was something always in the back of our minds dating singleton men. There wasn’t that understanding of what happens when there’s children. 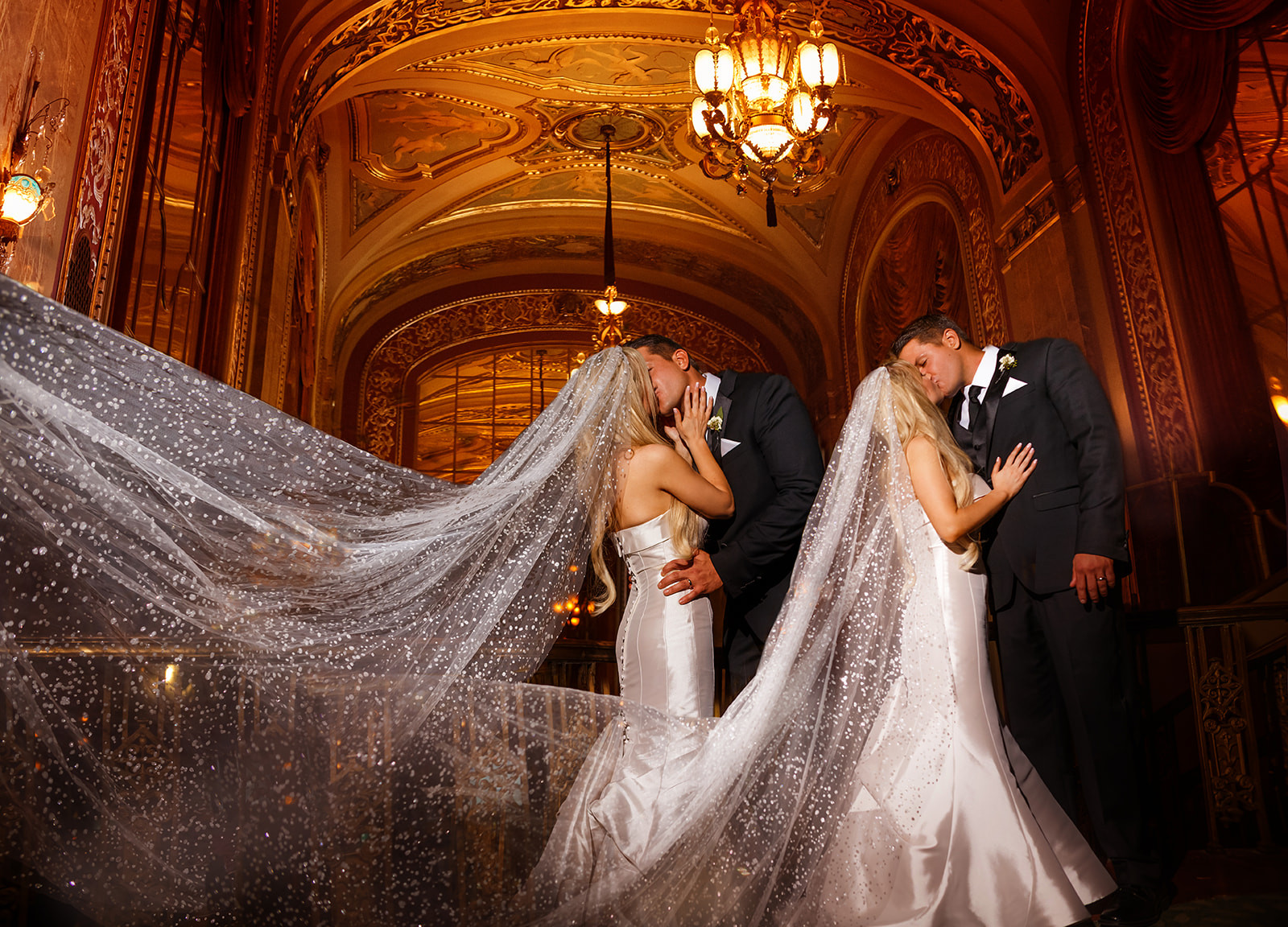 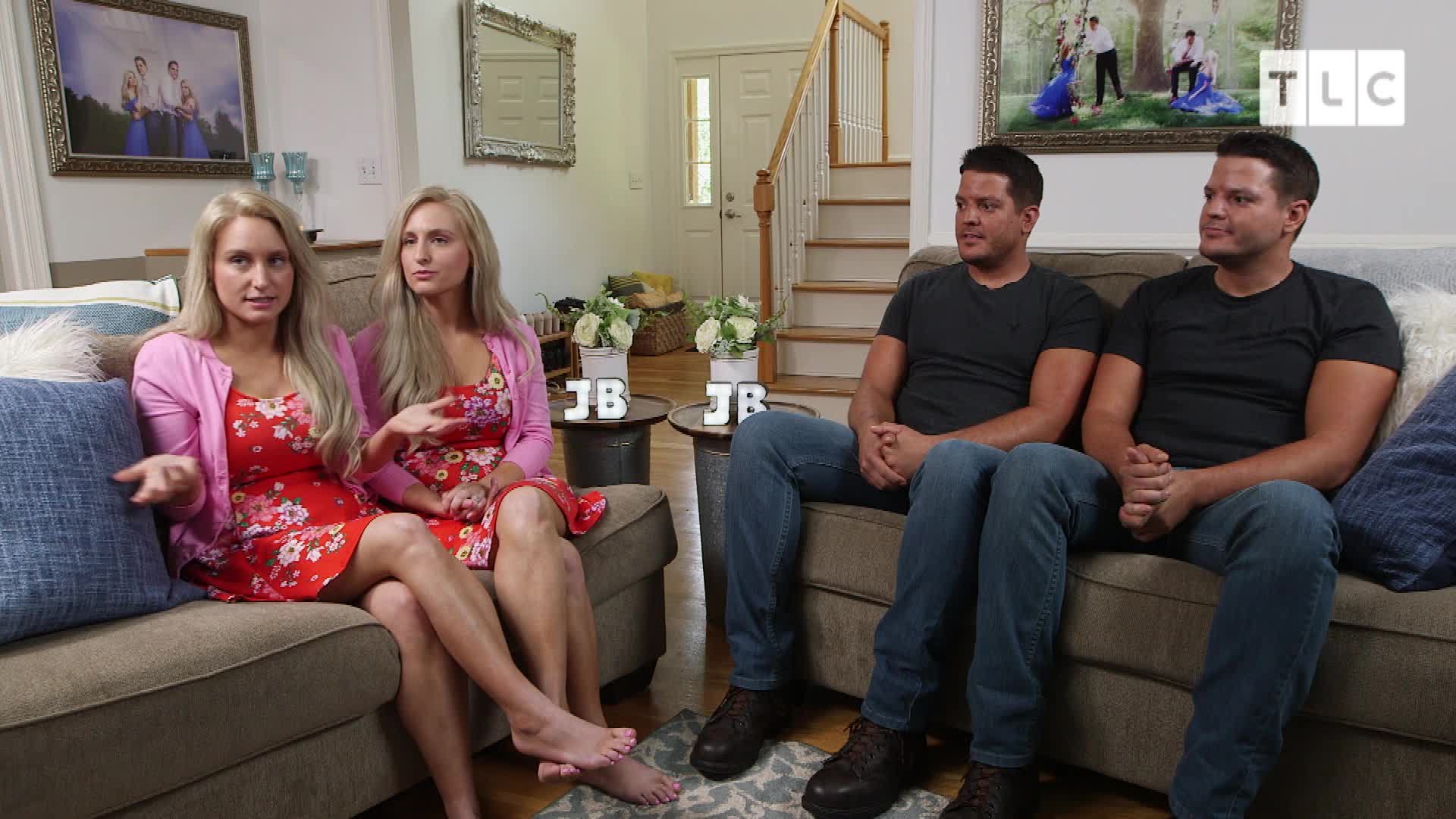 Brittant and Briana are so close that they even often share a bed, wear matching clothes and like to always be touching.

Brittany explained: “Some people hold hands, we hold feet… It’s just something we do whenever we’re sitting next to each other.”

So it comes as no surprise that they had the same taste in men when they grew up.

Briana said: “When we were little we were always best friends…  We like making sure that we match as much as possible.

“Brittany and I are mirror image identical twins, which means that whatever one does on one side the other does or has on the other side.

“The good news is that we’ve finally found identical twin brothers who we’ve fallen in love with and we’re going to marry them.” 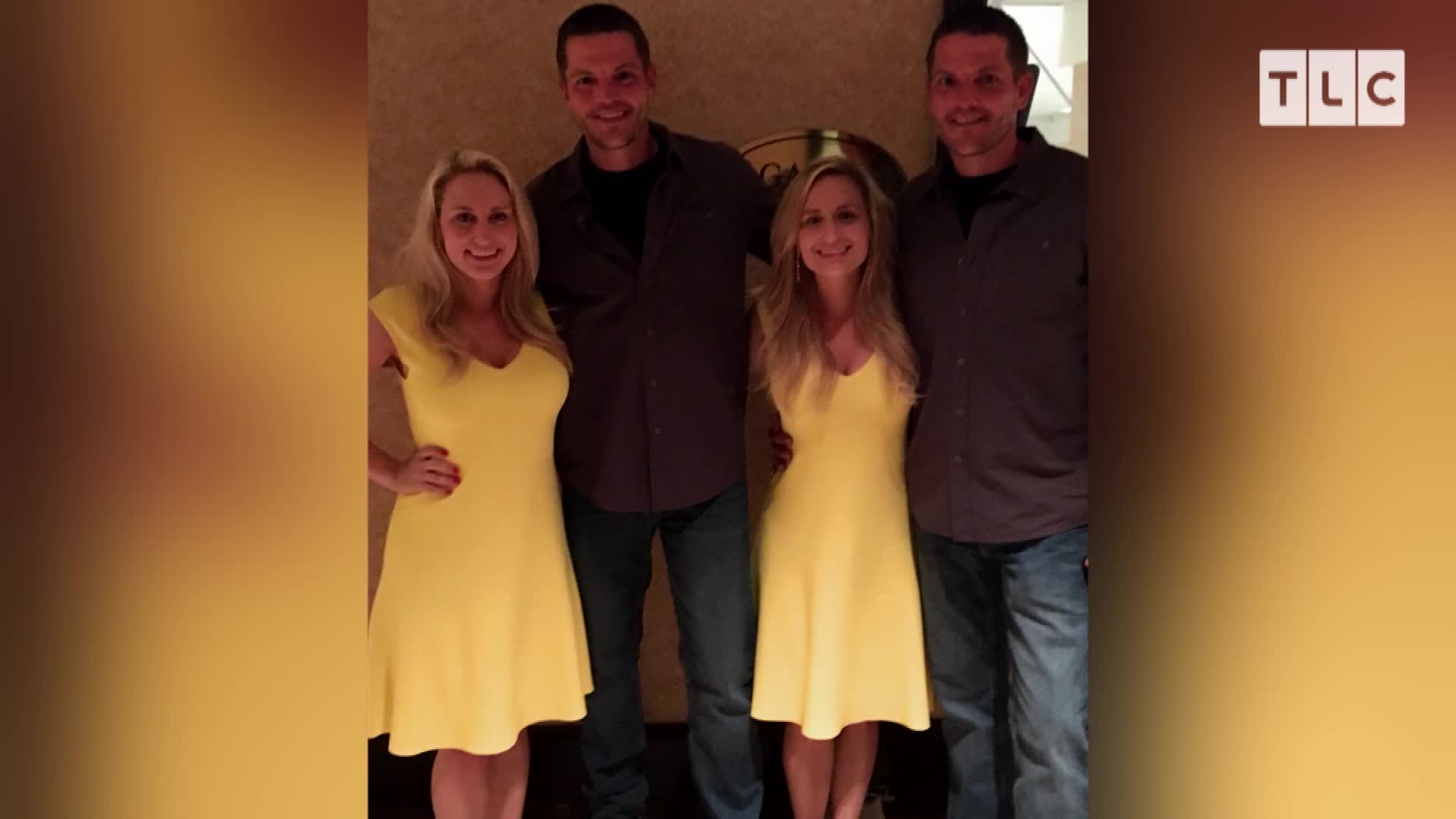 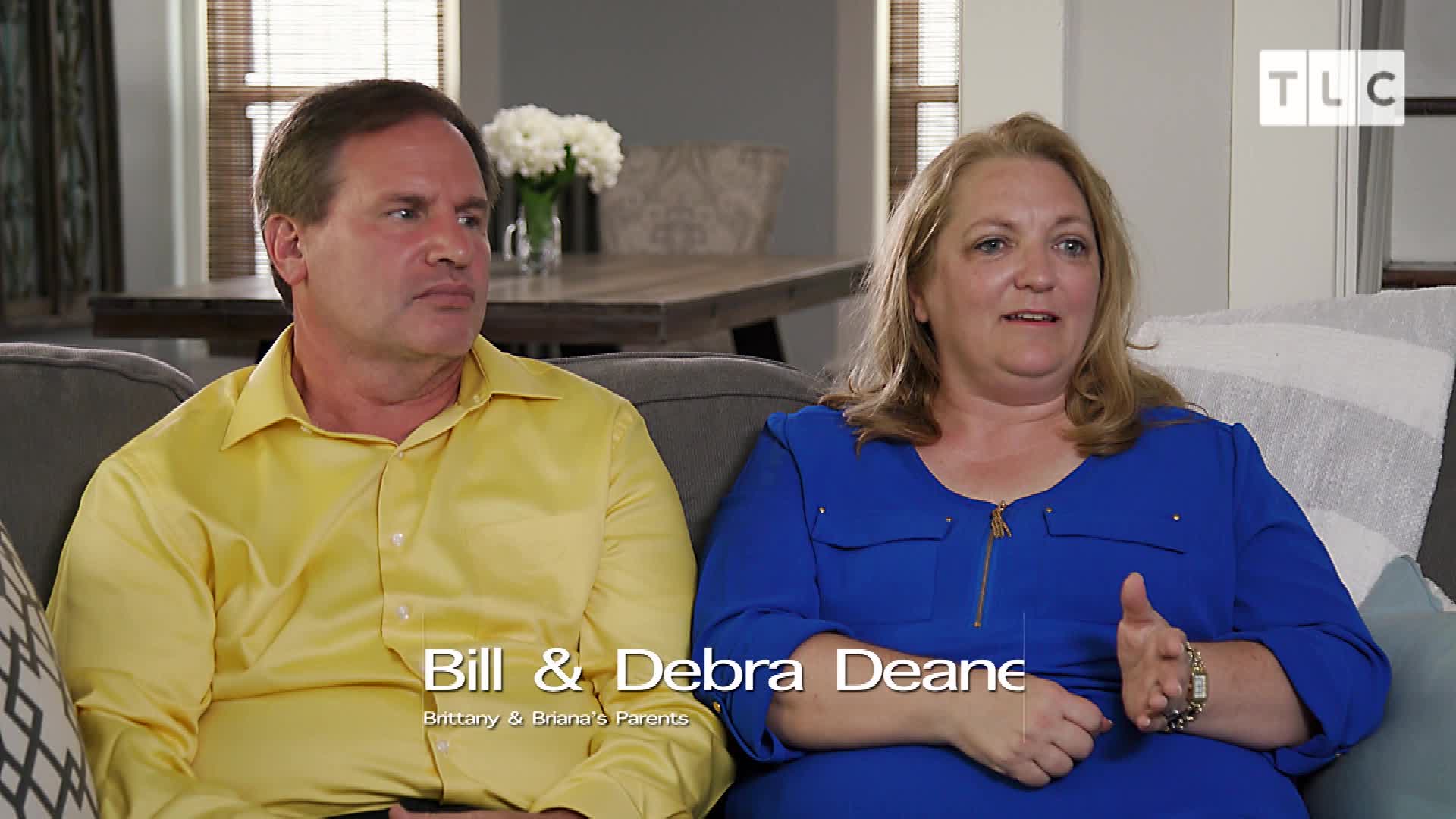 When they tied the knot in a ceremony with the theme of Twice Upon a Time, the close sisters fittingly wore identical dresses while the brothers sported matching tuxedos.

Josh said the brothers had always thought that if they didn’t find twin women to marry they wouldn’t get married at all.

He said: “It’s just a bond and understanding that you couldn’t find anywhere else.”

“There’s a lot of elements that have to make the stars to align for it to work out.”

Brittany admitted that as they got into their 30s, they had started to wonder if their dream of marrying twins was unrealistic.

Josh agreed, and said: “We find really lucky that we found them. To find the woman of your dreams and she has a twin sister for my twin brother.” 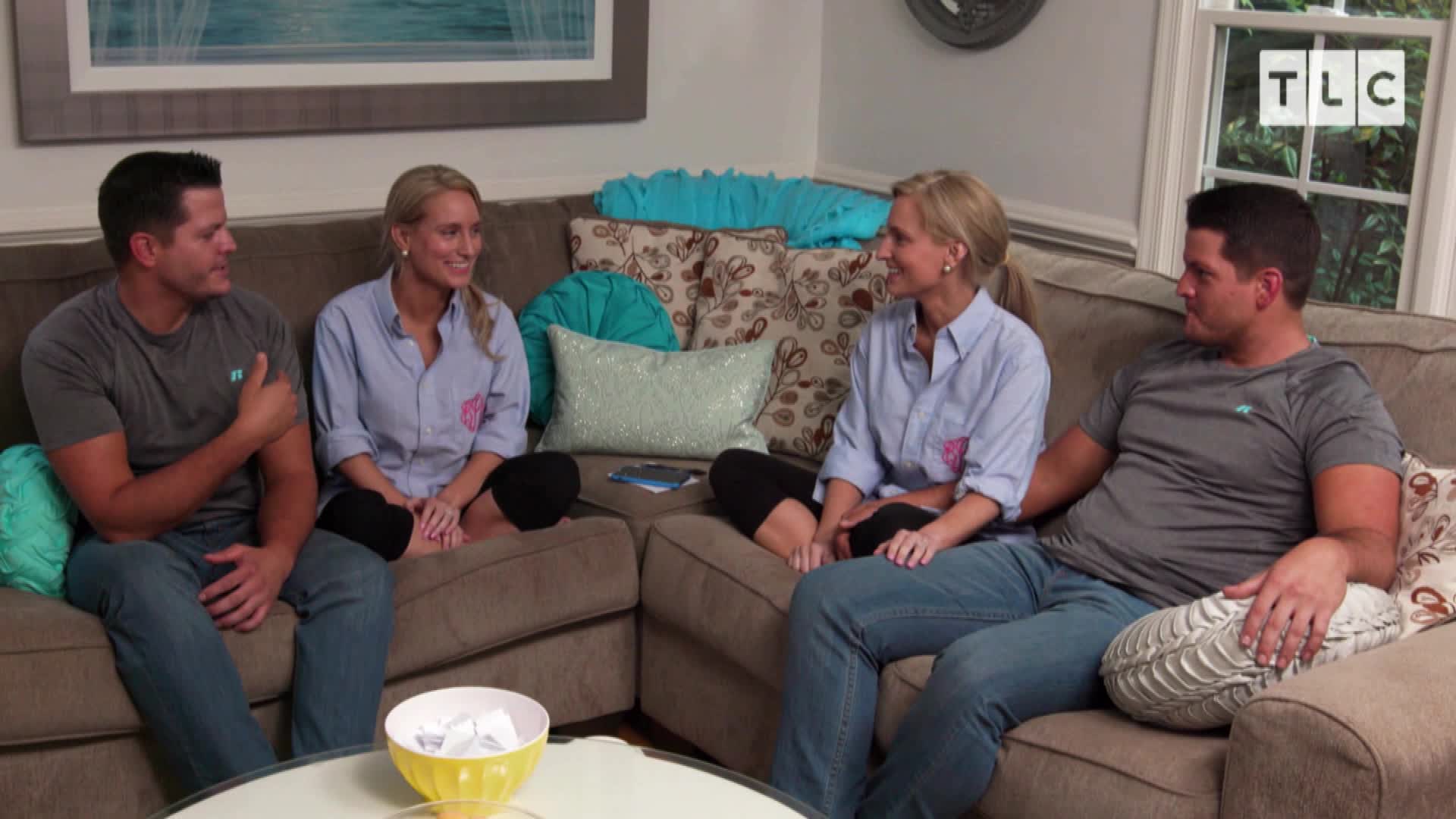 Both boys said they thankfully gravitated towards a different twin, and they paired off in birth order, calling themselves the "A twin” or the “B twin”.

Josh admitted that they constantly asked if they switch partners romantically.

He said: “The question always comes up whether we’ve mixed them up or kissed the wrong one. No that has not happened.”

Brittany added: “Our response is that we think that is weird that that is what you would think.” 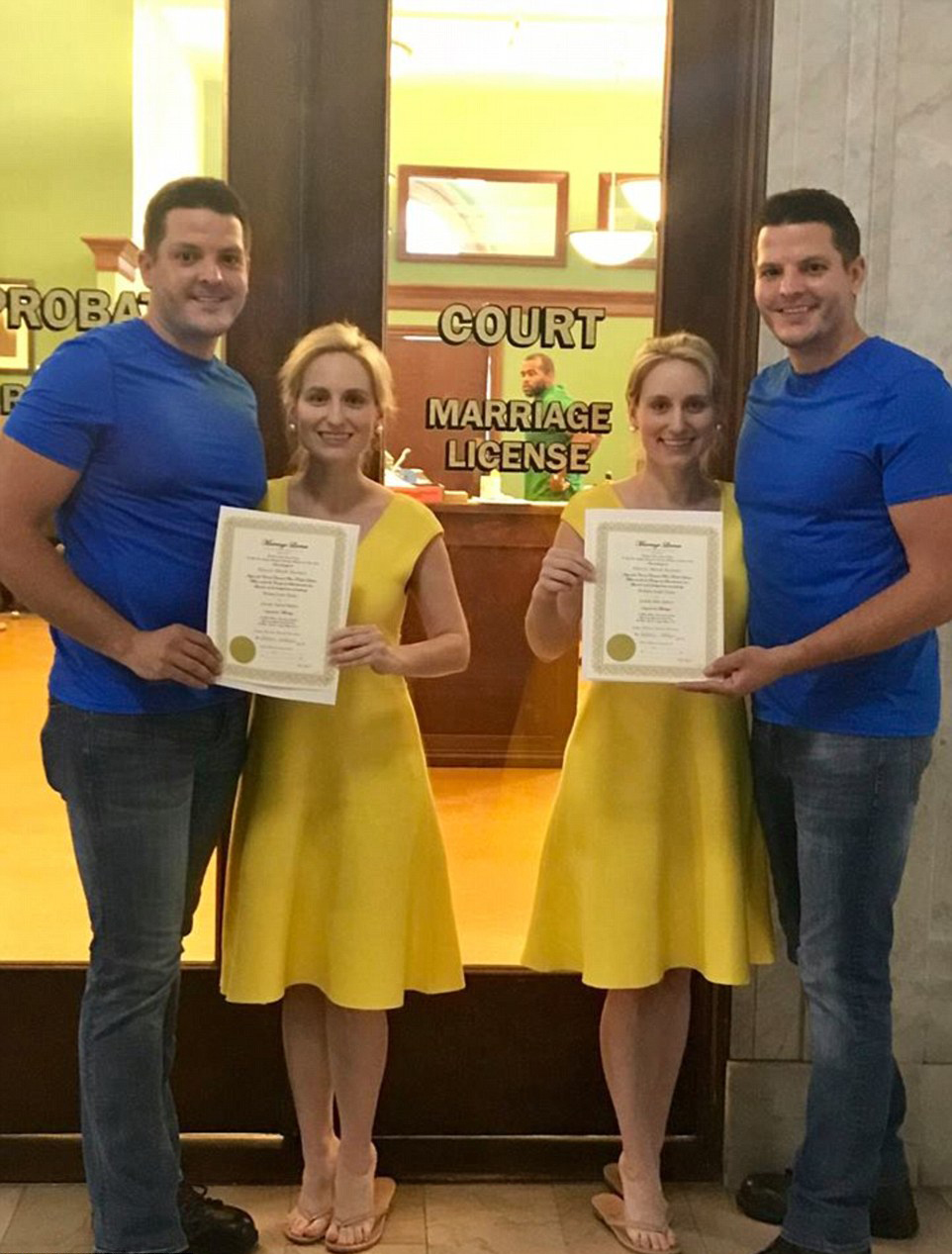 Brittany said she can’t believe she and her sister got their fairytale ending and gushed about having such a close bond with her twin.

She said: “I love just about everything [about her]. I like Briana for completing me. I don’t know what I do without her.”

The feeling was mutual with Briana, who said:  “There’s an energy Brittany doesn’t have when she is by herself, and I don’t have when I’m not with her.”

Brittany said: “Being an identical twin is the closest thing to magic that anyone could possess I think. It’s like having a built-in support system. A soul mate.”

We revealed the British family who are the world’s only with TWO sets of twins – both one black, one white.

And the "world’s most identical twins" Anna and Lucy De Cinque reveal they want to MARRY their shared partner – but the law bans it.