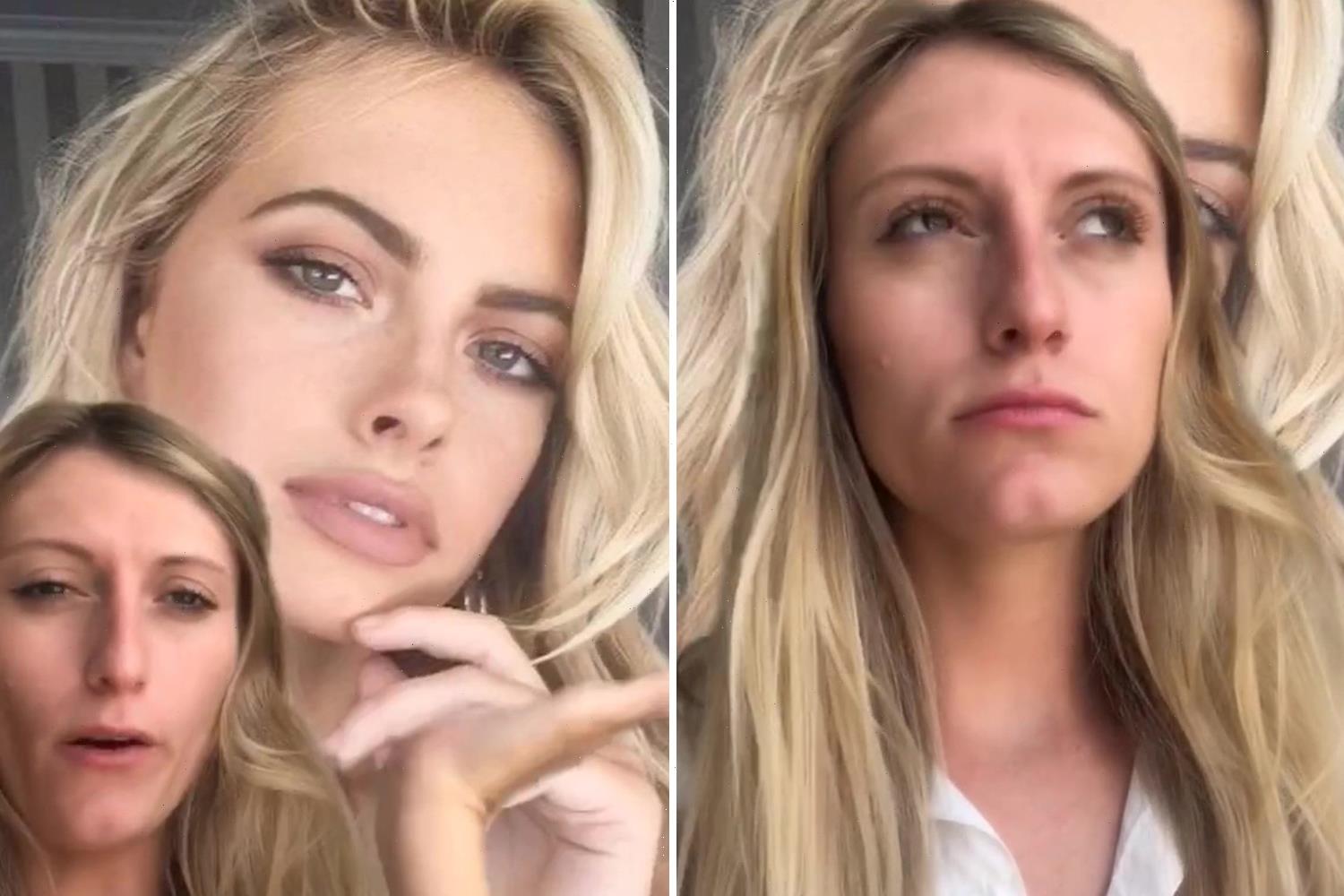 BEING a bridesmaid is meant to be a fun experience, but it didn't go to plan for Daisy Derooy, who shared her utter fail on TikTok.

Not wanting to upstage the bride, she asked to keep things natural, requesting a chic and simple look. 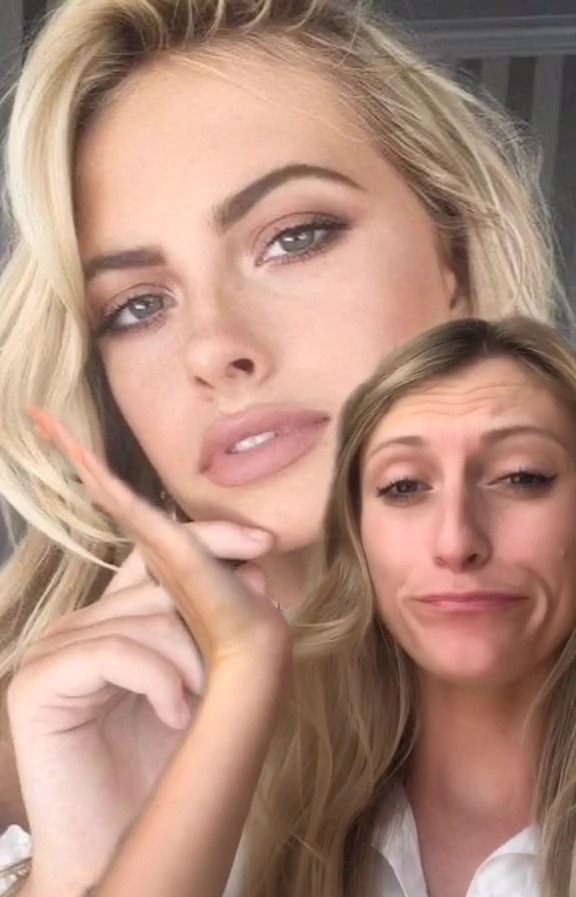 After showing the makeup artist a picture for reference, this bridesmaid thought she was in capable hands.

The pictures that Daisy showed the artist had a cool beachy vibe, with minimal makeup.

Soft, hazy eyeshadow, a lick of mascara and a nude lip, completed with some natural looking brows.

What the beauty hopeful ended up with was a far cry from her dream bridesmaid look.

Instead of the effortlessly cool look, Daisy had an inch of foundation on her face.

Pink glitter coated her eyelids with a smoky black liner, a million miles away from what she wanted.

Stars are unrecognisable in 90s wedding snap – can YOU tell who they are?

To add to the dramatic look, the artist gave the bridesmaid a pair of thick false lashes that weighed her eyelids down.

The makeup rookie paid £65 for the utter fail, despite hating the finished look. 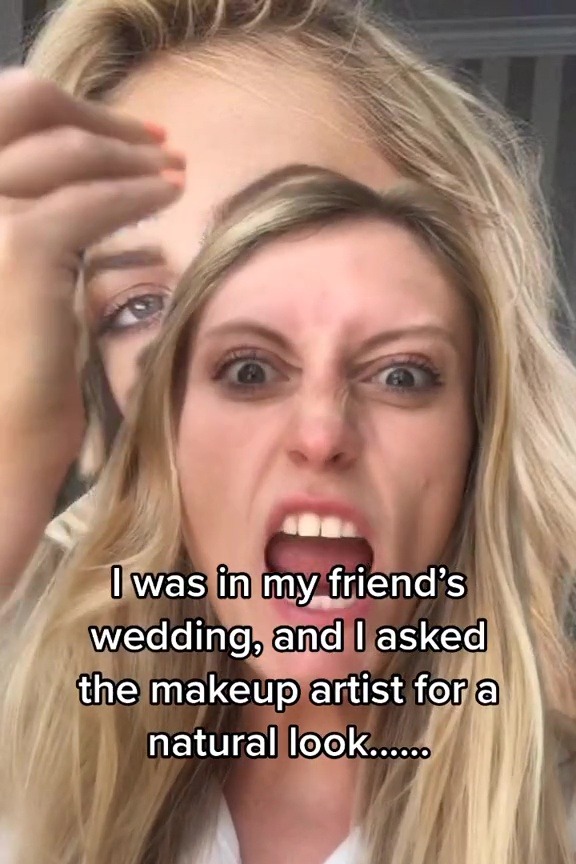 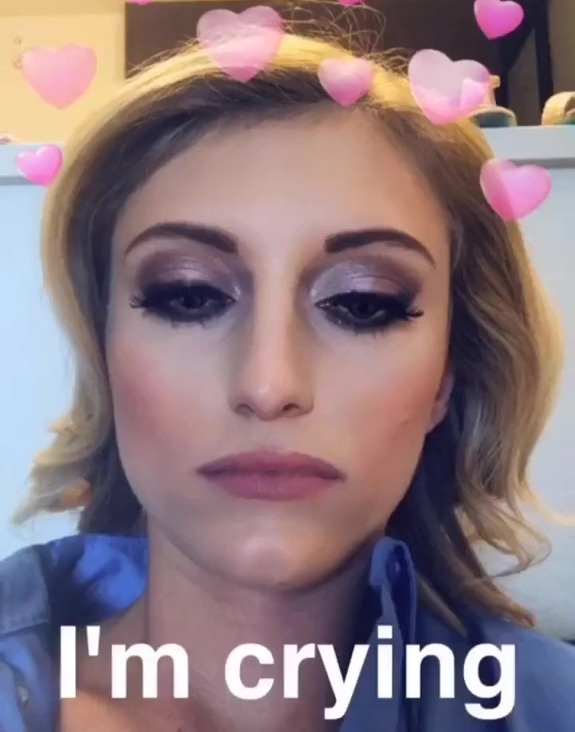 Viewers of the massive makeup fail couldn't believe how badly the artist missed the mark: "As a bridal makeup artist I am SO sorry this happened!!"

Another had a similar experience: "That's why I do my own makeup, I was nearly late for my brothers wedding the makeup was so bad."

Others were a bit more positive, saying that "It's certainly not what you asked for…. but it looks good on you."

A less convinced viewer joked: "Remember that episode of Friends when Ross does Rachel's makeup…"

For more beauty news: I’m a make-up artist & these are the beauty rules you should ignore

Meanwhile: I’m a catfish and my glowup is so extreme people say it’s the best they’ve ever seen