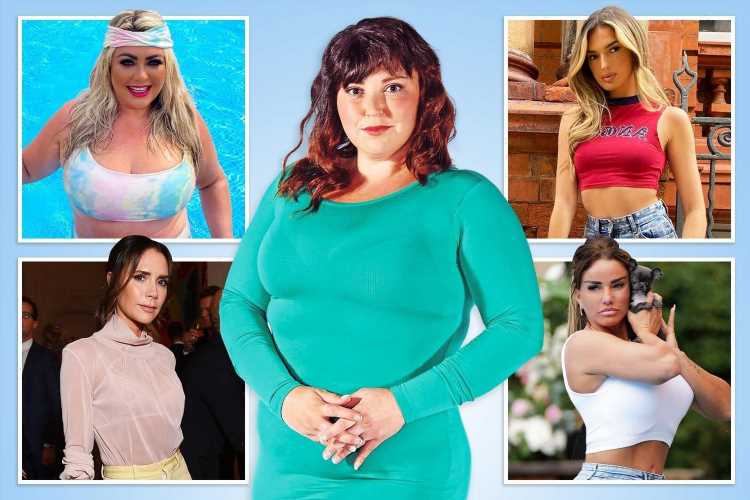 BARELY a day goes by when we don’t hear about a celebrity being trolled.

Footballer Jack Grealish’s model girlfriend this week spoke out about the horrendous abuse she received during the Euros tournament, including up to 200 death threats a day. 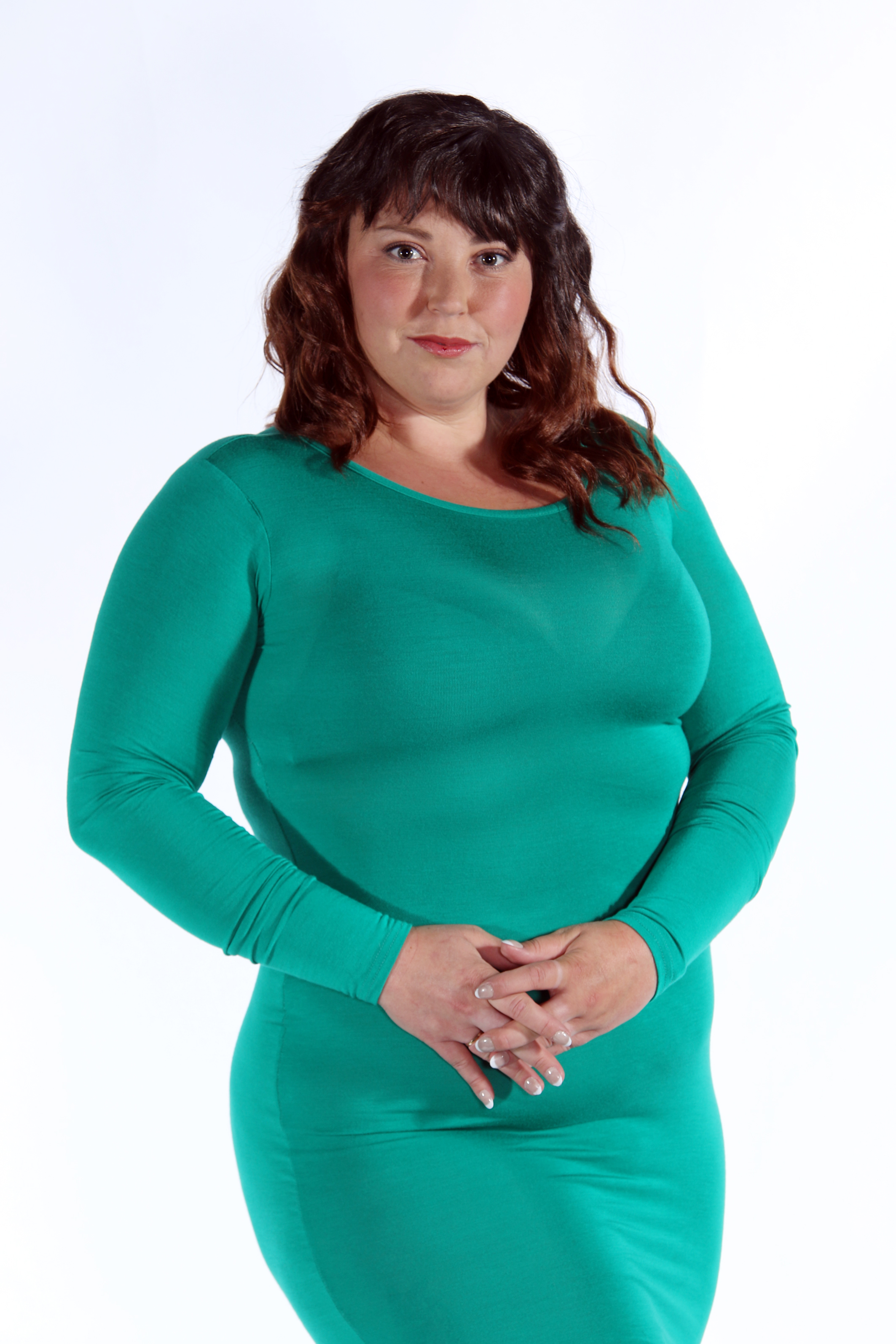 In the grip of her addiction, she spent most of her waking hours firing off hateful messages over various social media accounts.

It was only when she hit rock bottom that she sought help. Now, after 18 months of counselling and a 12-step program, she is in recovery.

She shares her cautionary tale with Georgette Culley. 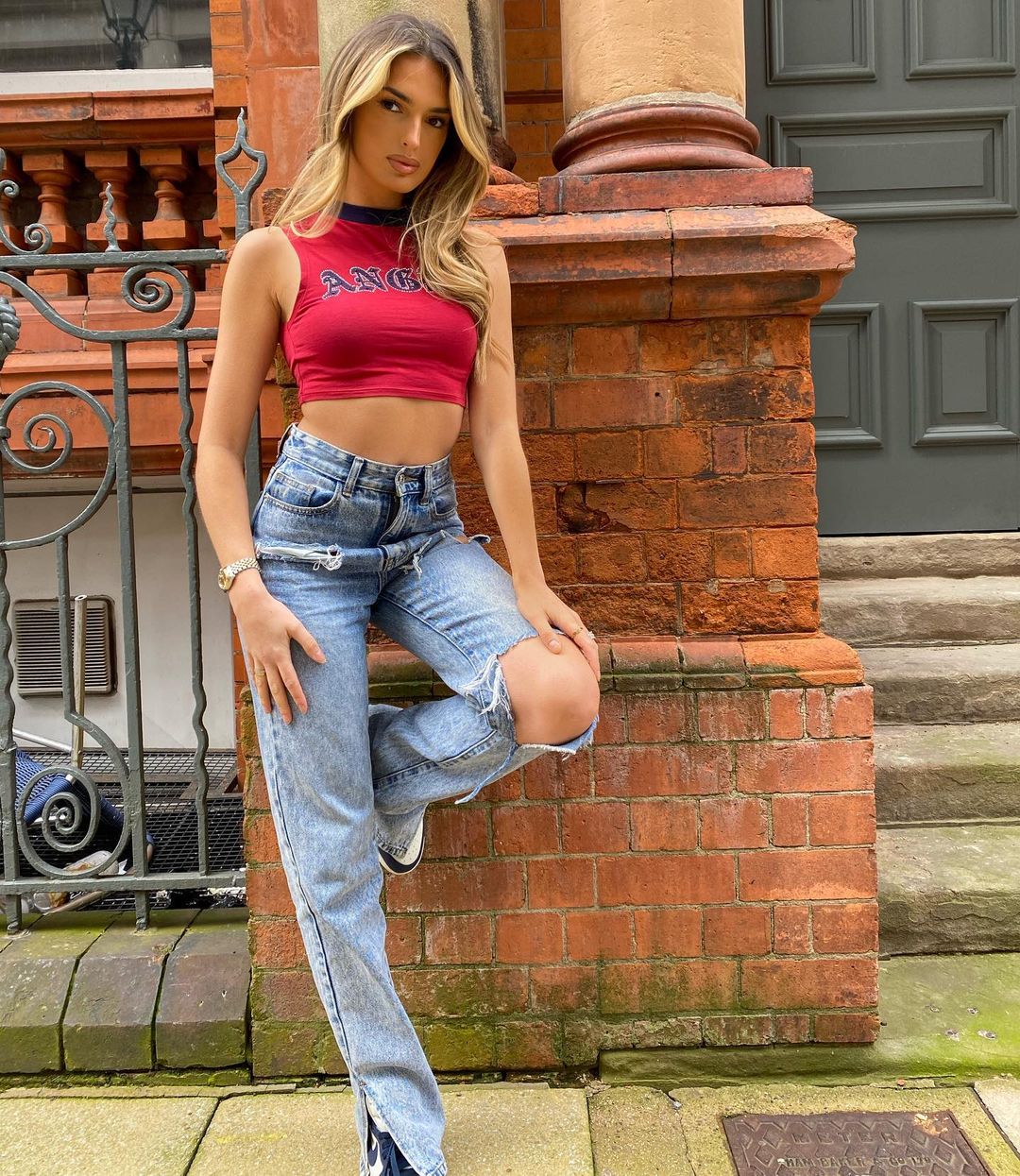 'Any other ordinary girl'

TO the outside world I look like any other ordinary girl as I smile and wave at my neighbours.

But behind closed doors I’ve been hiding a terrible secret.

For six years I was addicted to trolling and have abused dozens of people online.

Today, I am a recovering troll after spending 18 months in therapy, but my past behaviour still haunts me.

I was taken back to those dark days when I read about the horrendous abuse footballer Jack Grealish’s model girlfriend Sasha Attwood has been receiving online.

In that moment I felt an overwhelming sense of guilt and I had to fight the urge to be sick. Like most trolls, I would never dream of saying those horrendous things to people face to face.

For once in my life I felt invincible, untouchable — god-like, even.

In real life I’m polite and sweet, an animal lover who helps lots of charities.
But behind my computer screen I would become a different person. The anonymity gave me a sense of power. For once in my life I felt invincible, untouchable — god-like, even.

But before you judge me, perhaps I can help you understand why I did it.

Looking back, it all began in school. Growing up, I was moved from pillar to post because my dad worked in property. I went to five different schools and it was hard for me to make friends.

What’s more, I was much bigger than the other girls, which made me an easy target for bullying.

I desperately wanted to be one of the popular, pretty girls who the boys fancied, but I wasn’t.

As I got older my hatred grew for those types of girls — the tall, skinny, blonde ones. They’d call me horrible names such as “fatty”, “skank” and “ugly”.

I’d cry myself to sleep most nights. In the end the bullying got so bad I had to be home-schooled. After I left school, life improved. I met my boyfriend, James, and had friends at college.

I’d also lost several stone, taking me to a svelte size ten. But when I started my job as a lab technician in my early 20s I began to pile on the pounds again.

James didn’t care, though — he loved me for me, and so did my mates . . . or so I thought. In 2013, when I was 25, I found a message on his phone from a female friend of ours saying she was planning a party but she didn’t want me there because I was so big.

I felt sick. All my insecurities came flooding back and it reminded me of my horrendous school days when nobody wanted me around. I was furious. I created an anonymous account on Facebook and Twitter and started to troll her. I used the name Amy and uploaded a cute picture of a dog for my profile pic.

I got an appetite for it and decided to get revenge on my old school bullies so began trolling them too.

“Amy” started leaving horrible comments on her posts and tweeting mean stuff to them, such as “Fat cow”, “Put a bag over your head” and “No man will ever want you”.

She would quickly delete the messages and block me but I’d just set up new accounts and start trolling her again. I got an appetite for it and decided to get revenge on my old school bullies so began trolling them too.

It was time-consuming, sometimes taking me all day. James would ask me what I was doing online all the time and I’d say I was studying. I felt like I had superpowers.

I enjoyed the adrenalin rush I would get from spamming them with abusive comments. I was a kind person. I rationalised with myself that they deserved it for everything they had put me through in the past.

But I hadn’t realised it was the start of something more sinister. I was becoming addicted to the power of being a troll.

Soon, picking on old bullies wasn’t enough. I started going after celebrities, too. Katie Price was the first target. I called her ridiculous, fake and a plastic bimbo with no brains who didn’t deserve a good man and kids.

When I got 50 likes for my tweet I felt an amazing high. People were agreeing with me. By this point my weight had got out of control again.

I may have been a size 18 but I felt powerful — a feeling I wasn’t used to in real life, where I was invisible because of my size. It was different trolling celebs. Suddenly I was driving opinion and getting attention from strangers.

I would troll Victoria Beckham, telling her she was a walking skeleton and commenting that David had to play away because she looked like a man. I went after Gemma Collins for being over-weight and a waste of space.

I hated the fact that she was fat and got attention and I didn’t, so I trolled her.

“Fat cow”, “Go to the gym”, “Not enough filters to make you look good”, “No man wants someone that size” were just some of the Instagram comments I left.

I called Mrs Hinch a clean freak and told her to get a life. I laid into Scarlett Moffatt about losing weight and piling it all back on again.

As the likes flooded in from fellow trolls it became a contest to see who could be the meanest and get the most approval.

I was out of control and it started to destroy my relationship.

I felt part of a community, albeit a bad one. I also trolled the Kardashians for being fake and having plastic surgery, and every other celeb in between.

I was out of control and it started to destroy my relationship. By 2019, being a troll was a full-time job and I was pretending to go to work but actually sitting in cafes all day, trolling.

Work were getting annoyed at my absence and they didn’t renew my contract — and it was affecting my relationship, too.

One day I came back from the shops and James was looking at my iPad. I’d left accounts open and he wasn’t stupid. He also found my book of user names and passwords and was shocked at what I had done.

I tried to tell him it was just for fun but he was absolutely horrified. He had checked my laptop because I was spending so much time online that he thought I was cheating.

In a way, what he found was worse. When he scrolled through the messages I’ll never forget the way he looked at me. It was a mixture of pure disgust and confusion.

“How can you say these things to complete strangers?” he asked, perplexed. I opened my mouth but no words came out. The truth was, I didn’t have an answer.

I tried to justify my behaviour by saying I was getting revenge on the bullies but he just told me I had become exactly what I hated. It was true. He left me that night and I had to move back in with my dad.

I was devastated. What had I become? To the outside world I was a nice person, someone who loved and cared for animals, would help old people with their shopping.

There was no excuse for my behaviour, other than that I was massively insecure and desperate for attention.

In fact I was a Jekyll and Hyde character. I had lost sight of who I was and had become as bad as the bullies. There was no excuse for my behaviour, other than that I was massively insecure and desperate for attention.

I spoke to my GP and she recommended intensive counselling. She was kind but firm. I had a year of face-to-face counselling every two weeks and I started the 12-step programme for trolling addiction.

I deleted all my accounts and comments and now go to online meetings every week. It’s been a hard road back.

Two years on I am working hard in my admin job and am still single and living at home. Like most people my age, I thought I’d be married, have kids and have my own home, but trolling ruined that for me.

If I’m ever tempted to troll I remember the hurt I’ve caused — to myself and others.

I hope my story will serve as a cautionary tale to those who troll. My motto is: “If you haven’t got anything nice to say, don’t say anything at all.” 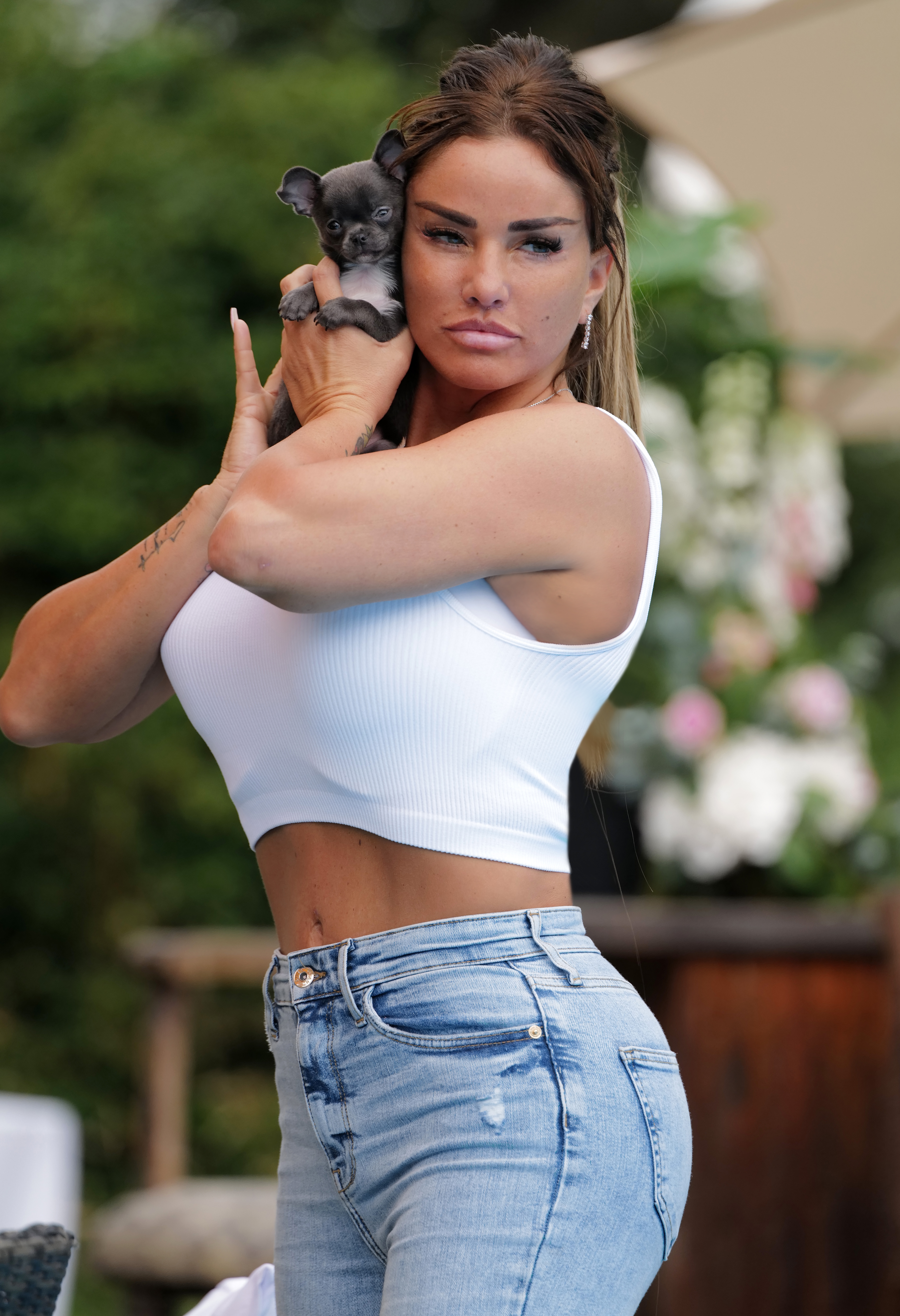 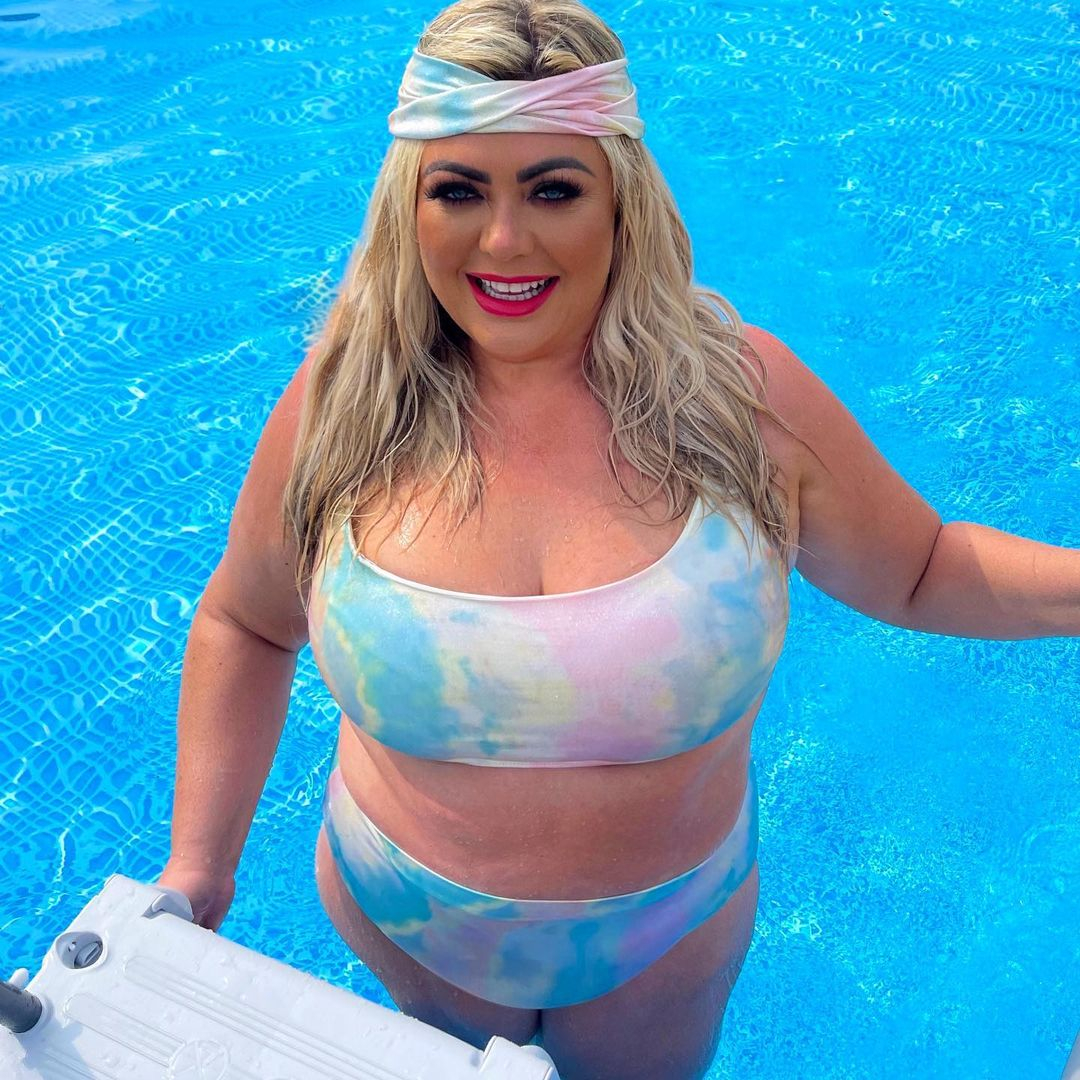 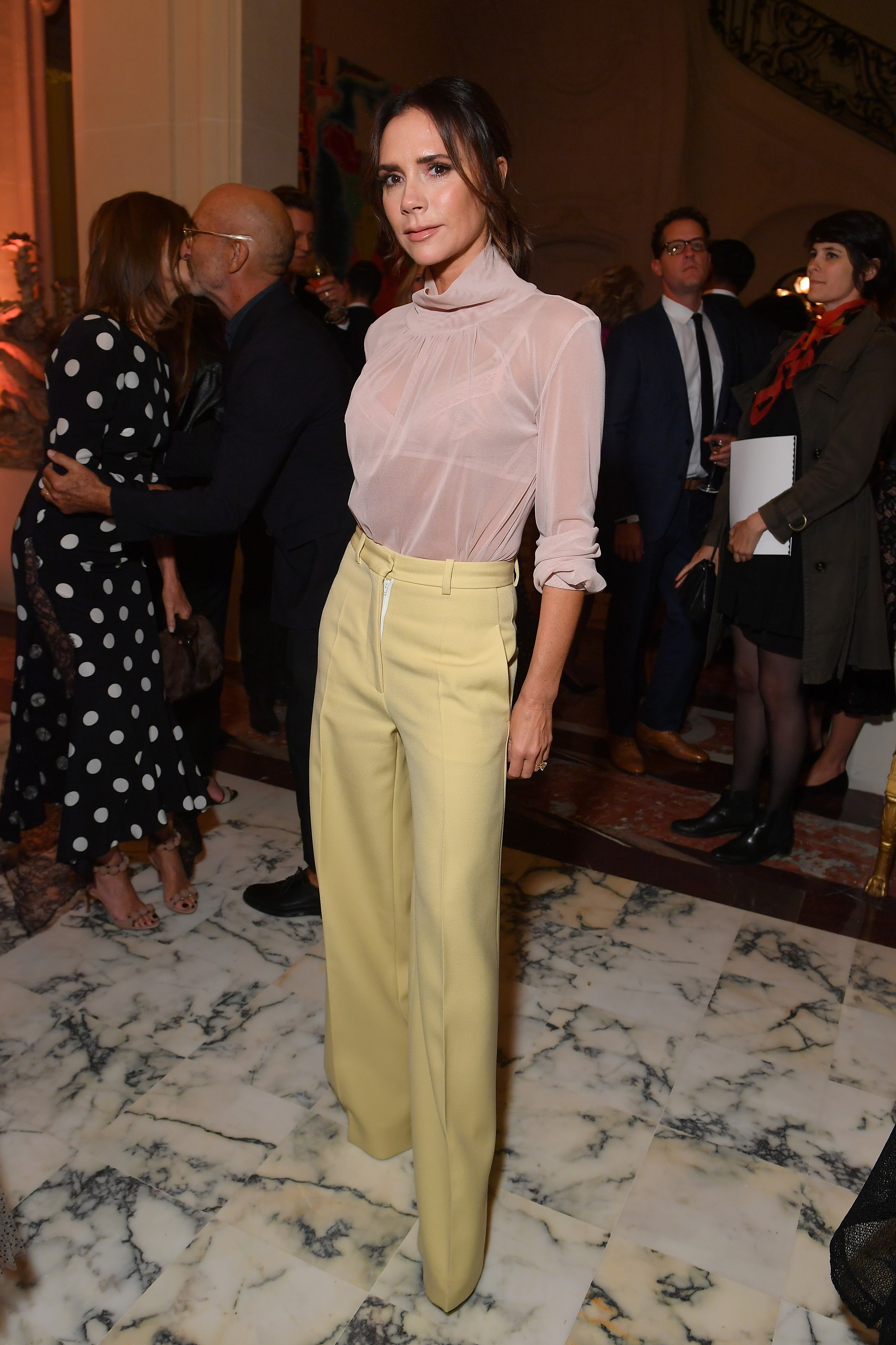