WHEN Carrie-Anne Taitt went into labour she was beyond excited to meet her baby girl.

But little did she know – just minutes after meeting her second child for the first time – her world would come crashing down. 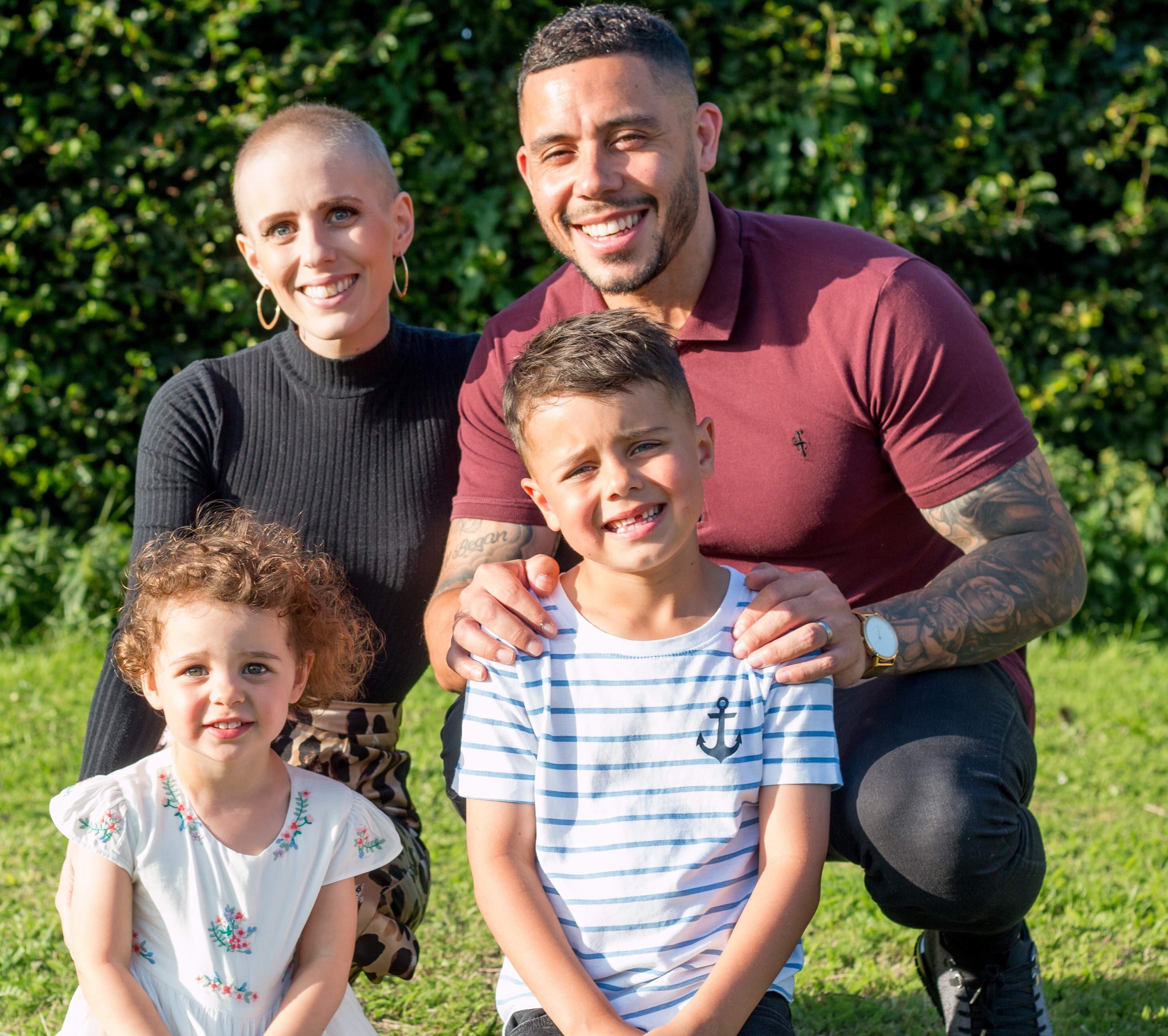 Carrie-Anne, 30, from Barnwood, Gloucester, was told by midwives that they had found a lump on her cervix and she needed to have urgent testing.

Just weeks later, the thing Carrie-Anne feared the worst was confirmed – she had cervical cancer.

And the mum-of-two's nightmare took a turn for the worse when less than a year later, and after months of intensive treatment, she was told her cancer was terminal.

Despite her devastating diagnosis, Carrie-Anne is now sharing her story to raise awareness for cervical cancer – and to urge young women to not overlook the importance of regular screenings.

I want to do everything I can to spread the message

She said: "The importance of this issue cannot be overstated and I want to do everything I can to spread the message when it comes to both screening and the symptoms."

Carrie-Anne's ordeal began when she had her second child Millie in February 2017.

A midwife told her she needed to have a smear test straightaway after a swelling was found on her cervix.

Concerned, Carrie-Anne had a test but was relieved when she was told the results were negative by letter.

Despite this, she continued to experience months of bleeding and an examination at the hospital lead to her being referred to a specialist.

It was in May 2018, at 29 years old, that Carrie-Anne was given the heartbreaking news that she had cancer.

At the time, Carrie-Anne was just six weeks away from completing her teacher training.

However, she wouldn't let her cancer stop her from achieving her dreams, and she qualified as a primary school teacher despite gruelling chemotherapy and radiotherapy treatment.

Carrie-Anne was positive she would beat the disease, but, in a twist of fate, doctors told her during January 2019 that her cancer was in fact incurable.

Nothing can prepare for when you are told you have cancer

Devastated Carrie-Anne, who is married to Michael, 33, a manager of a gym, told Gloucestershire Live: "My diagnosis came at a time when I couldn’t wait to get started in teaching. Nothing can prepare for when you are told you have cancer.

"It turned our lives upside down.

“My diagnosis and gruelling treatment regime has had a massive impact on us as a family.

"I spent both my 29th and 30th birthdays in hospital and had to miss Leo’s birthday last year for the same reason.

“I spent nearly seven weeks in hospital last year and I didn’t get to see my children during this time which was heartbreaking.

The 5 early signs you could have ‘silent killer’ cervical cancer

Early signs can include:

1. Abnormal bleeding (during or after sex, between periods and also post-menopause)

The most common and earliest sign of cervical cancer tends to be irregular bleeding.

It happens when the cancer cells grow on the tissue below the cervix.

It's an especially alarming sign in postmenopausal women who no longer have periods. There's no age limit to developing cervical cancer.

Everyone's discharge is different, so it's a case of knowing what is normal for you.

If you find that the colour, smell and consistency has changed, then that's something you really need to have checked out.

When cancer lacks oxygen, it can cause an infection which leads to strange smelling discharge.

3. Discomfort or pain during sex

Pain during sex can be a sign of a number of different issues, but one is cervical cancer.

Because the disease often comes with no symptoms, pain during intercourse is one of the key indicators. It can be a sign that the cancer is spreading to surrounding tissues.

It could be down to you straining something in the gym, or it could be a warning sign that something's wrong with your reproductive organs.

Persistent pain – just one off twinges – in the lower back, pelvis or appendix can be a symptom of cervical cancer.

A loss of appetite and unexplained weight loss tend to be signs that the body isn't working properly – it's trying to conserve energy. If you notice that you're not eating as you normally do, go to your GP.

As the disease progresses, it can also result in:

"I slept an awful lot during this time and feel that I have missed out on important milestones in my children’s lives.

"I know Millie is too young to understand what is happening, but Leo knows I’m unwell and he does get anxious when I’m in hospital."

Despite the fact she is still undergoing intensive treatment, Carrie-Anne is doing all she can to raise awareness for cervical cancer.

In particular, she has been visiting schools to talk about her situation to young women.

Despite my cancer, I’m determined to make a difference

She added: "Despite my cancer, I’m determined to make a difference in any way that I can and doing these talks has given me a real sense of purpose.

"It has been nice to call on my training with these talks and I hope they are providing some real food for thought for young people on the issue of cervical cancer."
Carrie-Anne has also instructed lawyers in the wake of her diagnosis to examine the care and support she has received in relation to her cancer.

Christopher Hurlston, a specialist in medical negligence at law firm Irwin Mitchell, said: “Carrie-Anne’s story is sadly yet another devastating reminder of how cancer can affect people of all ages.

“She has a number of concerns about the care she received which we are investigating.

"Despite this and the uncertain future she faces, Carrie-Anne continues to show tremendous courage in her battle against the disease and her determination to help others is hugely inspirational.

"Through our work we often see the devastating impact that cervical cancer can have. It is vital that women are aware of the symptoms and take part in the screening programme.

"We are determined to support Carrie-Anne in any way we can and believe that her efforts will make a difference to many young lives.

"She is doing some truly amazing work.”

So far, Carrie-Anne has spoken to sixth form students at Chosen Hill School in Gloucester.

She has been invited to speak to pupils at Gloucester Academy, where Carrie-Anne used to work, as part of Cervical Cancer Prevention Week.

For more information you can visit Jo's Trust here.