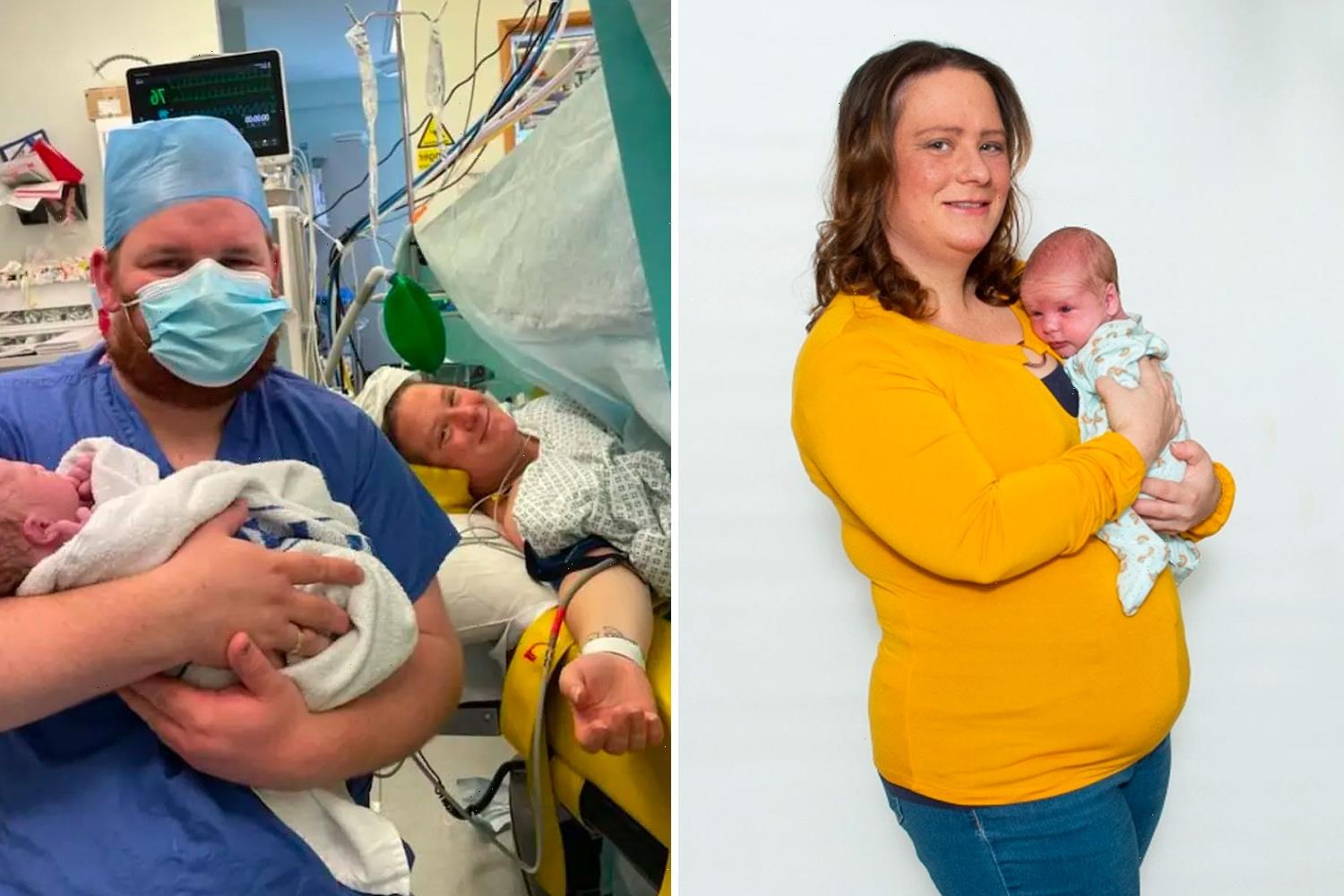 GETTING vaccinated is the best form of protection against the risks of Covid-19 – and that includes women who are trying for a baby.

While only six per cent of the population are reluctant to get jabbed, one in three women who are hesitant say it is because of fertility concerns, according to the Office for National Statistics. 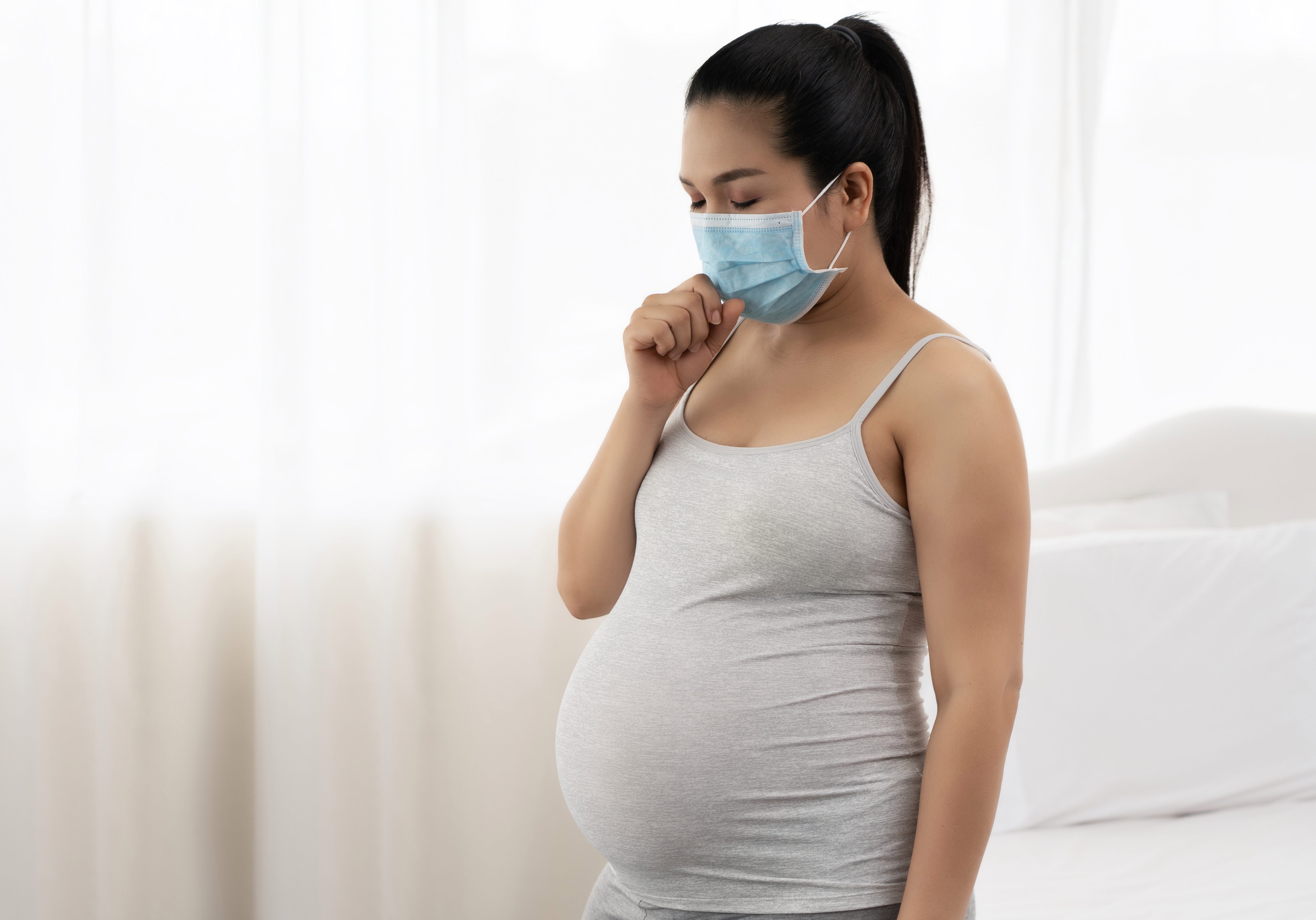 But there is no evidence to suggest the vaccine affects female fertility, says the Royal College of Obstetricians.

Its guidance states women trying for a baby do not need to avoid pregnancy following vaccination.

With more than ten million people in the UK having received their booster, Claire Dunwell speaks to three women who all got pregnant within weeks of having their Covid injection.

'I had textbook pregnancy and baby's thriving'

She believes being vaccinated improved her chances of conceiving. Danielle lives in Llangefni, Anglesey, with husband Dylan, 34, a retail supervisor, and daughter Layla, six. She says: 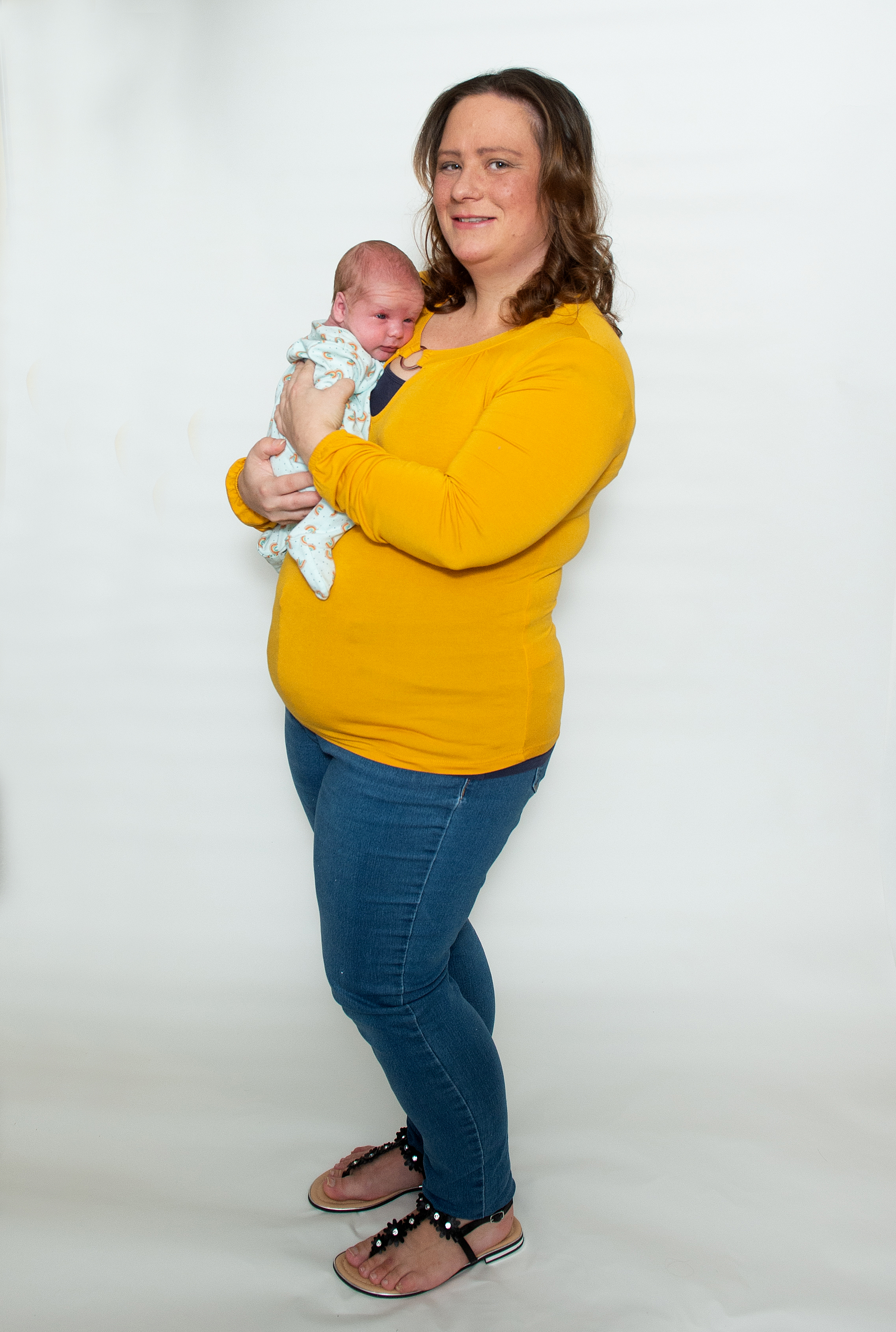 "We’d been trying for another baby for two years and it wasn’t happening.

In my job I work with dementia patients so having the vaccine was crucial and the responsible thing to do – whether I was trying to conceive or not.

I had my first Pfizer vaccine in January and a second dose in mid-February.

Working in healthcare during the pandemic meant I was worried about the possible consequences of catching Covid, so once I was vaccinated, I felt more relaxed.

A few weeks later I missed a period and a test confirmed I was six weeks pregnant.

We had almost given up hope of conceiving when I found out I was pregnant with Leon. We were thrilled, especially as I’d sadly miscarried in 2018.

I worked out the dates since my last period and realised I’d conceived roughly three weeks after my second vaccine.

I had a textbook pregnancy and Leon was born by elective C-section on October 14 weighing 7lb 2oz. Now, he is thriving.

Stress and worry both impact fertility. By having the jabs, I felt better protected from the virus, which I think improved my chances of conception.

While I respect the decisions made by other women not to have the vaccine while trying to conceive, I don’t like the misinformation being spread by the minority online suggesting vaccines impact fertility when there is no evidence.

Women need to ignore the scaremongering and make up their own minds.

Our family is now complete and we feel incredibly lucky to have a boy and a girl." 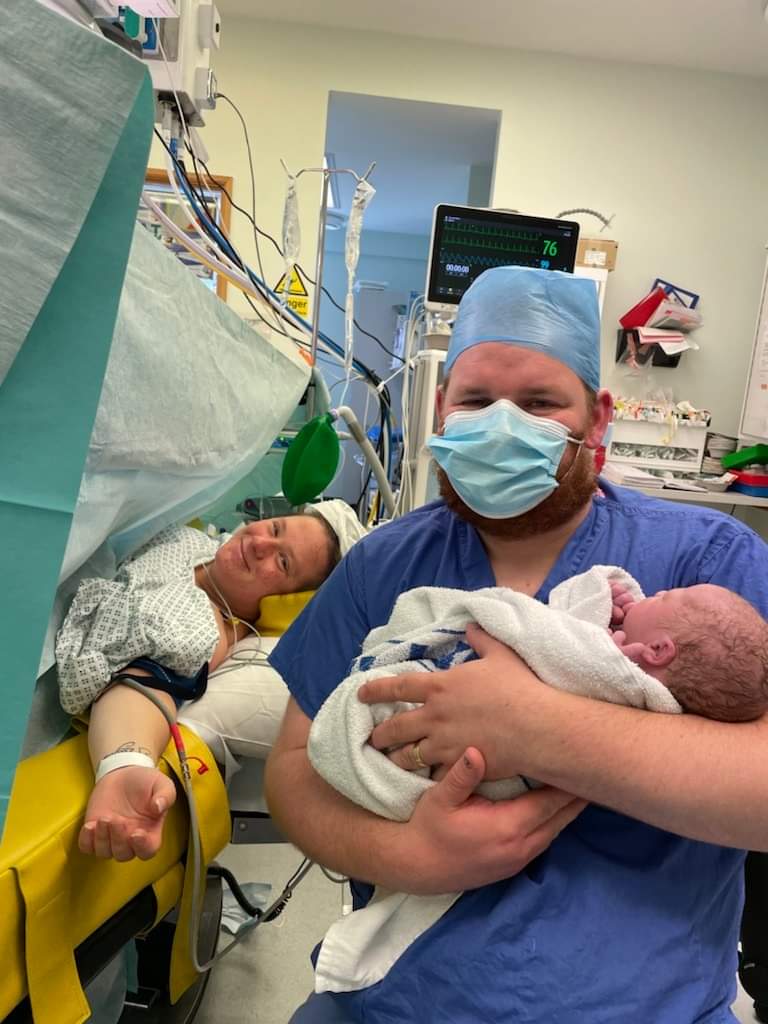 'My midwife is relieved I've been double jabbed'

MELANIE HUNTER, 39, had the Pfizer vaccine and conceived a week after her second jab in the summer.

The full-time mum, who is due in April, lives in West Malling, Kent, with husband Chris, 37, a company director, and their daughters Isabelle, eight, and Ruby, six. She says: 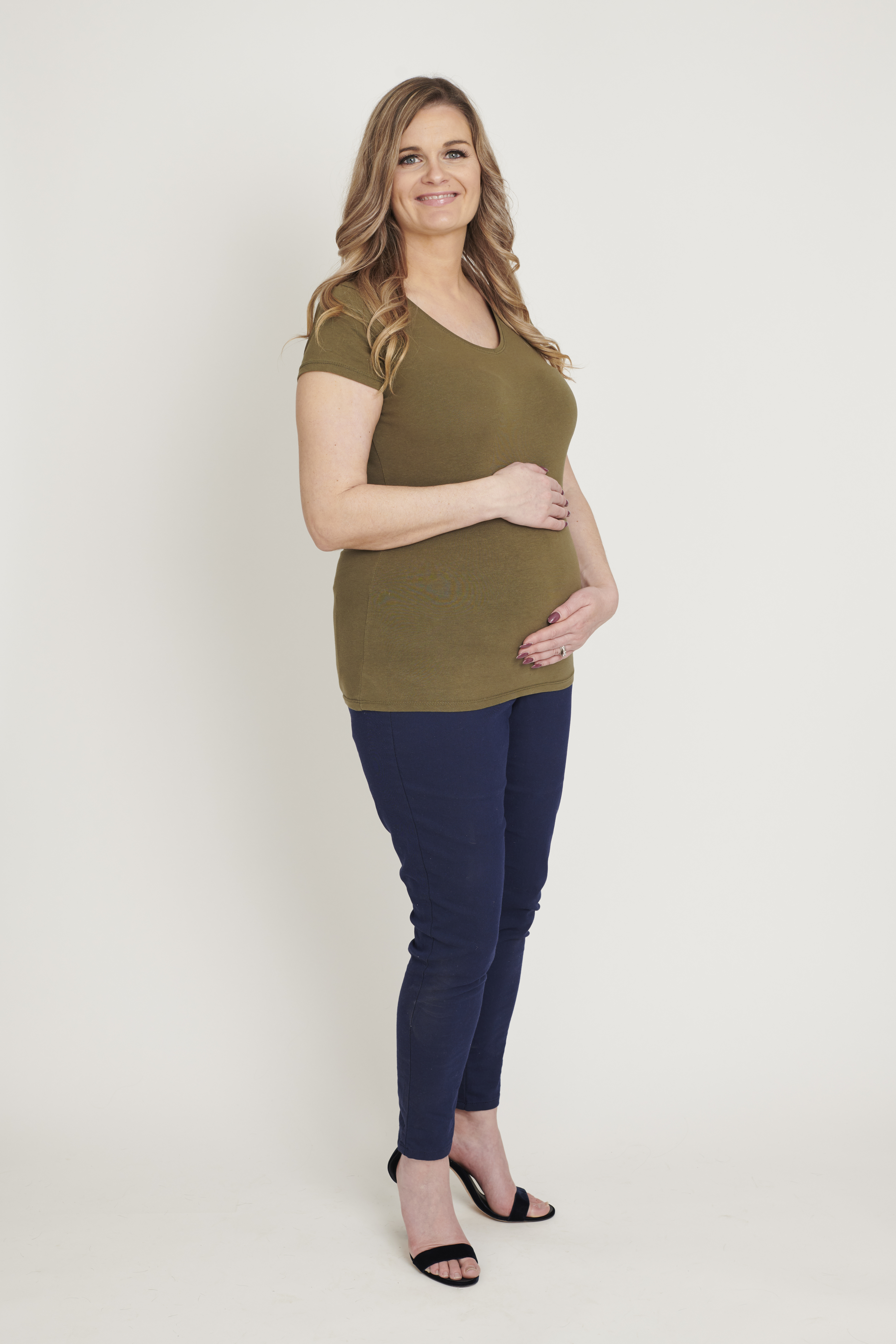 "I had my first jab in May followed by the second in July. A month later I found out I was pregnant.

Both myself and Chris were offered the Pfizer jab at the same time and were already trying to conceive. It didn’t enter my mind it could affect my fertility.

I was more concerned about protecting our parents from catching a potentially fatal virus. That was the most important thing.

When I tracked back, I worked out I had conceived within days of having my second vaccination. I wasn’t worried that I’d been vaccinated.

I felt relieved knowing I had immunity against Covid in my body already, for me and the baby.

As parents, we are in favour of vaccinations, and everything we are eligible for, we take.

I have the yearly flu jab and the girls are up to date with all of their immunisations. During my first two pregnancies I had the whooping cough vaccine.

I haven’t read any evidence of any possible correlation between the Covid vaccinations and fertility and when I told my midwife I had been double vaccinated, she was relieved.

Going into early labour because I have Covid is the last thing I’d want to happen. Women should speak to their doctors or midwife for the correct information when making a decision about vaccinations.

I’ll be called for my booster jab in the New Year and even if I am six months pregnant by then, I will still be having it." 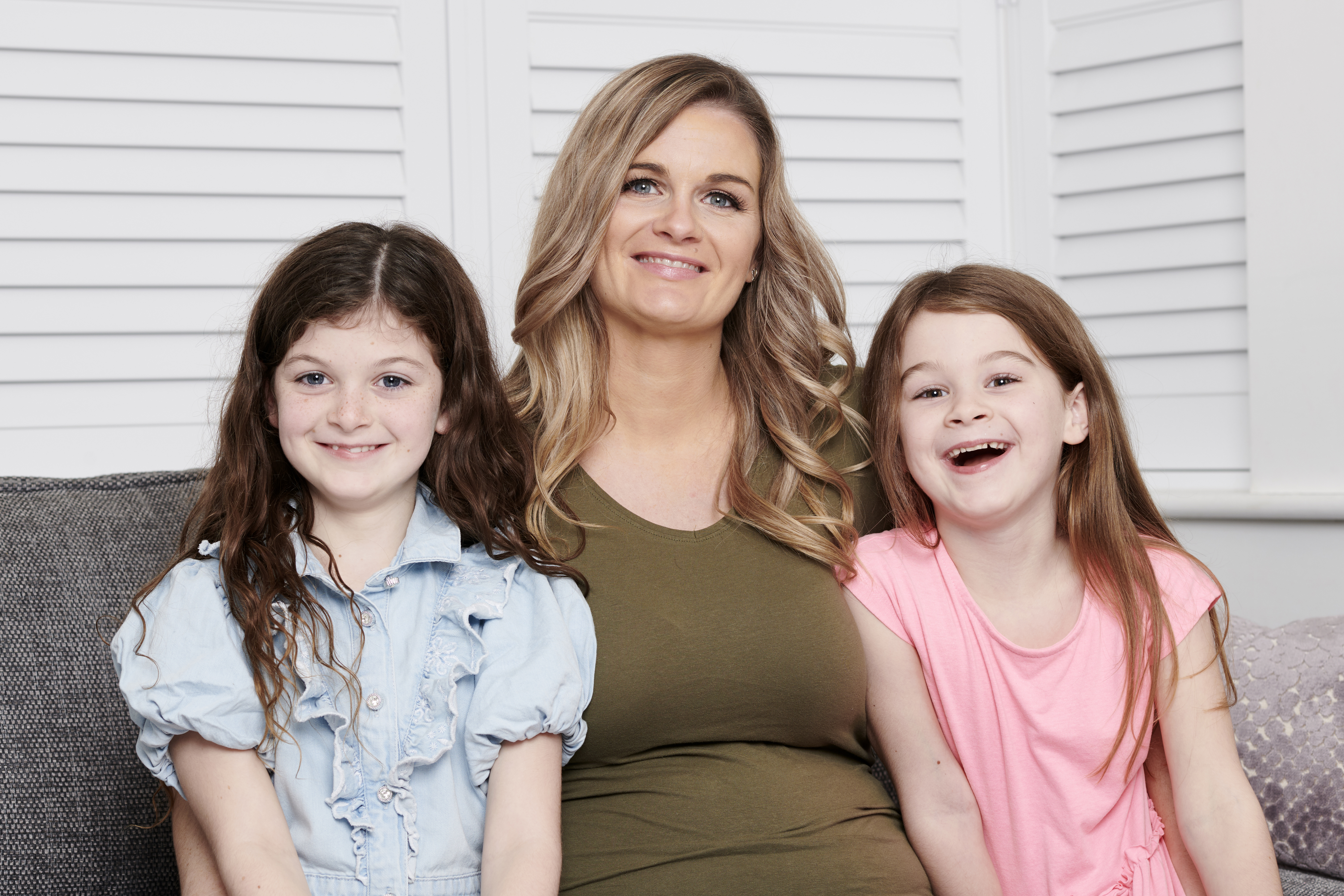 'I got pregnant three months after jab'

WRITER Alice McIntyre, 38, had her first Pfizer vaccine in June, three months before getting pregnant. She had her second jab eight weeks into her pregnancy.

Her baby is due in April. Alice, who lives in Tunbridge Wells, Kent, with her husband Chris, 37, an architect, and children Charlotte, 11, and Oscar, six, says: 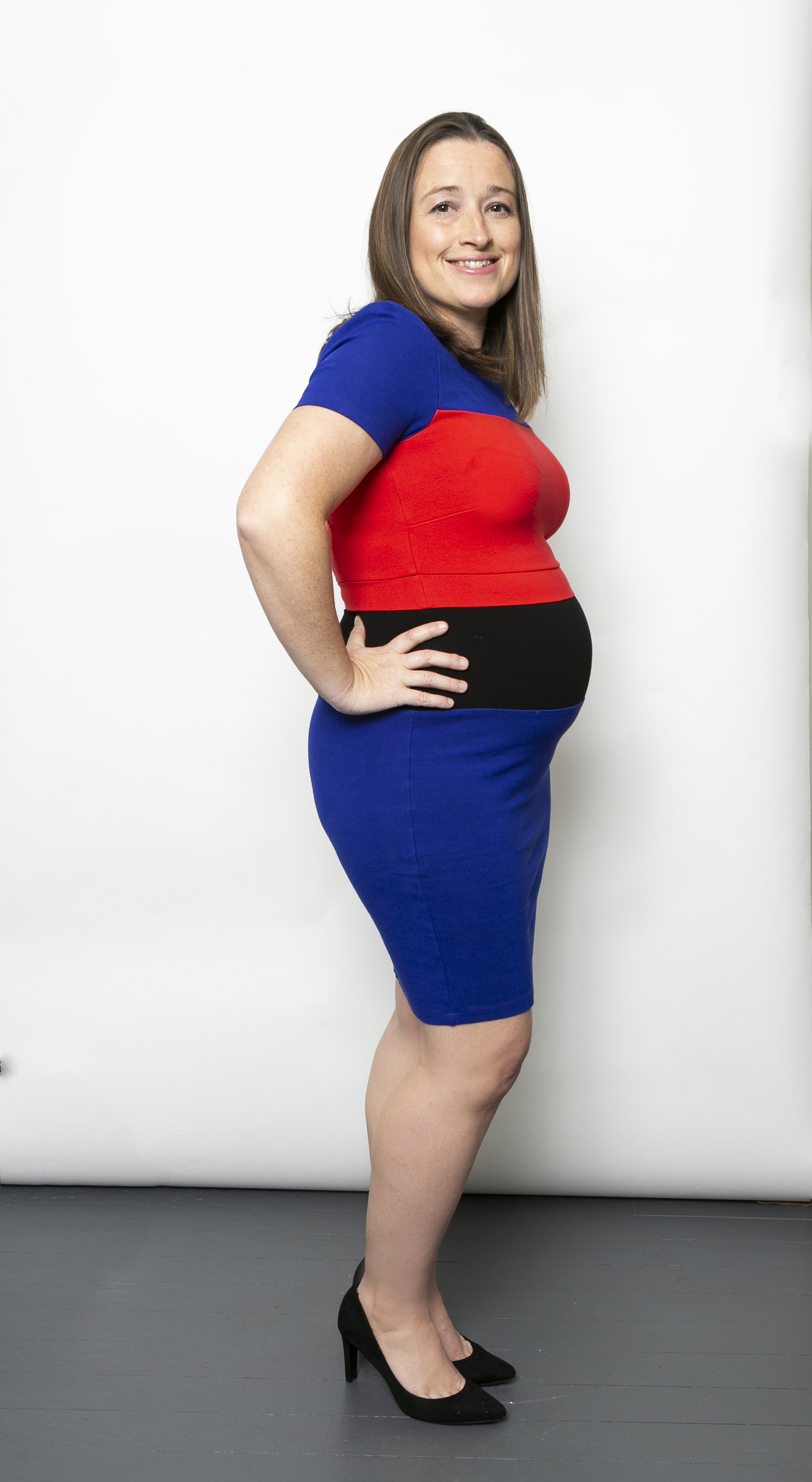 "I didn’t give my fertility a thought when I had my first jab. I was torn as to whether or not I should have the vaccine.

Being under 40, I wondered if I really needed it. When Chris said he was going to be jabbed, I decided to do the same.

I thought it would be better for my family if we were in the same position, especially if we wanted to travel.

We decided to try for a baby a couple of months later. I’d always wanted another baby, and I felt it was now or never.

I didn’t worry that I’d been jabbed or that it might affect my ability to conceive. My only worry was my age.

I got pregnant quickly, just weeks before I was due to have my second jab. This time, I was worried. I cancelled my appointment and asked a midwife at the hospital for advice.

She suggested I wait until after 12 weeks but that it was my decision. I tried to find guidance that I should wait but couldn’t find anything official. In the end I looked to the Royal College of Obstetricians and

Gynaecologists, whose advice was that it was safe for pregnant women to have the jab.

I’d also read that Covid could be very dangerous for pregnant women, especially in the third trimester.

Weighing up the risks, I decided to go for it. I suffered no side effects and my 12-week scan went without a

hitch. I’m now 14 weeks, and everything is going well.

For pregnant women and those trying to conceive, it feels like the decision is solely on our shoulders, at a very vulnerable time.

I don’t regret having the vaccine but I respect every woman’s right to choose what they feel is best for them." 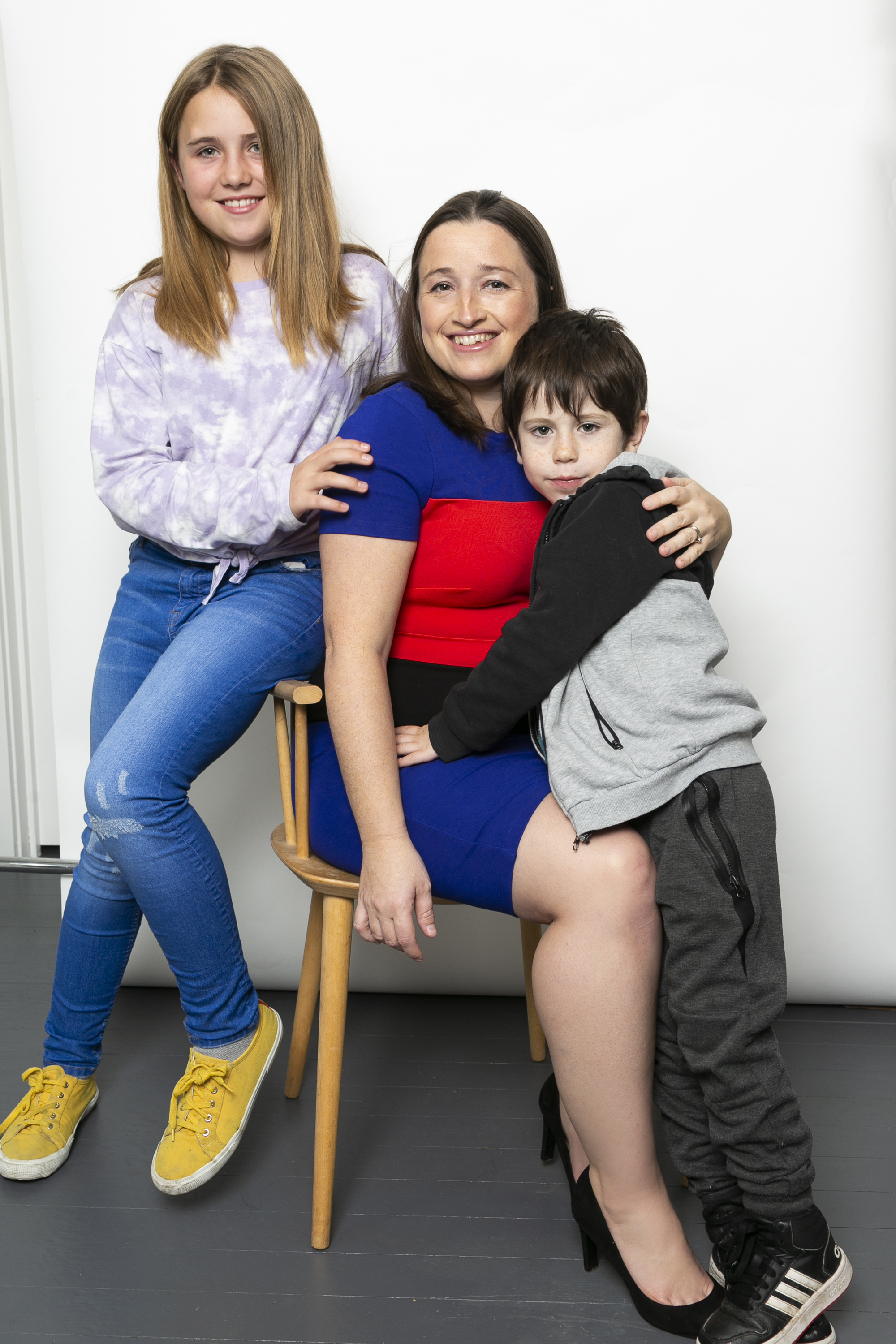 YOU CAN GET INJECTION AT ANY STAGE

By Professor Lucy Chappell, Chief Scientific Adviser for the Department of Health and Social Care

THE suggestion that getting the Covid jab will reduce your fertility is not only untrue, it can be damaging.

The vaccine is safe and will not affect your fertility, so getting it is the best way to protect yourself.

We know that if you get pregnant without being vaccinated, you and your baby are at much higher risk from the virus.

The Royal College of Midwives has said that expectant mothers have a higher chance of serious illness if they get Covid. This virus can make pregnant women very sick.

We have seen higher numbers of pregnant women in our intensive care units in the most recent wave than at any other time in the pandemic.

Around one in three pregnant women who are hospitalised with Covid need to be delivered pre-term to help them recover.

And one in five of their babies need care in the neonatal unit.

Of the 1,714 pregnant women who were admitted to hospital with Covid between February and September this year, more than 98 per cent were unvaccinated.

Being jabbed really is the best way to protect you and your baby. You can also get your vaccine at any stage of your pregnancy – there’s no need to wait until after the first 12 weeks.

It’s recommended you get both doses before giving birth or entering your third trimester, when the risk from Covid is greatest.

Around 90,000 pregnant women in the UK have already had their jab. The vaccine is life-saving and is the best form of protection against this virus as we move into winter months.

If you are still unsure speak to a midwife, obstetrician or your GP.