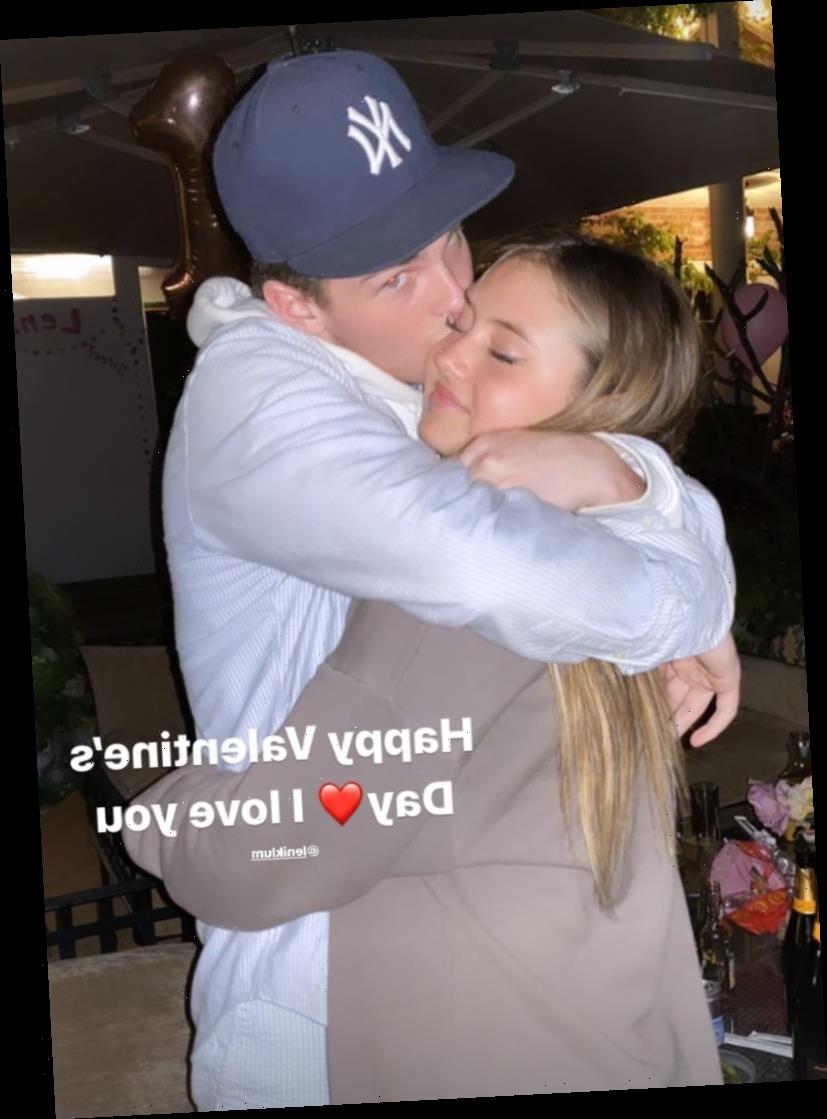 Leni Klum is in love!

The 16-year-old daughter of Heidi Klum — who recently made her modeling debut on the cover of Vogue Germany's January/February 2021 issue alongside her mom — shared a pair of Valentine's Day tributes on her Instagram Story Sunday, tagging boyfriend Aris Rachevsky.

"I love you," Leni wrote on one photo, adding, "Happy Valentine's Day baby ❤️ @arisrachevsky," over a selfie of the couple both wearing sunglasses.

For his tribute, Rachevsky shared a snapshot of himself kissing Leni on the cheek, writing on his Instagram Story, "Happy Valentine's Day ❤️ I love you @leniklum." The America's Got Talent judge, 47, welcomed to daughter Leni in May 2004, following her split from Italian businessman Flavio Briatore. In December 2009, Leni was adopted by Heidi's now-ex-husband Seal.

In December, the mom of four couldn't contain her excitement about her daughter's modeling debut, sharing a long, heartfelt message written in German to Leni on Instagram.

"I'm so proud of you. And it's not because you've chosen your own path. I know, that no matter which path you were to go down, you would be your own woman. You always know exactly what you want and what you don't want. You ain't no mini-me and I'm happy for you that you can now show who YOU are," the loving mom wrote.

The supermodel admitted that being her daughter "is not always easy" because Leni "never had the possibility to grow up 'normal.' " But despite that, Klum said she is so proud of the young woman Leni has become.