Tony’s friend was all sharp angles, except for his laugh, which was soft and melodious. He had a gap between his front teeth and notched dimples in his cheeks. His eyebrows looked thick and jagged, as if they had been drawn on with Magic Marker.

I disliked him immediately, which is to say, I liked him but hated the way he made me feel.

Tony and I had been dating for a year. A year that had passed in a blur, a year in which I hadn’t cried once wondering if he liked me or worrying he wouldn’t call. Tony was all soft edges; round head, round belly, round calves and his emotions oozed out of him. Insecurity, jealousy and adoration bled over everything like the invisible ink they put on paper currency to catch bank robbers. If you were to shine a black light where Tony had just been, you would see the fluorescent marks of his feelings on every surface.

Tony told me he loved me several times a day, rubbed my feet in the evenings as we sat on his couch looking out at the ocean, and always had a bottle of decent red wine. He liked to keep me close but never attempted to discover who I was deep down. He didn’t ask about the books I read or listen to my favorite songs for clues.

I met Tony’s friend at dinner. He was visiting from out of town with a woman he was dating. She was older than him and hard like a statue with thighs that showed each muscle and a “Betty and Veronica” cartoon face. As a couple, they were larger than life in their perfection.

Tony’s friend ordered a bottle of white wine, and with the tip of his long fingers he gently moved the stem of the glass to swirl the contents. He took a small but manly taste and then gave an approving nod to the waiter.

He was sitting diagonally across the table from me, but we didn’t look at each other. I felt claustrophobic even though we were the only diners on the outdoor terrace overlooking the Pacific Ocean.

I asked Tony to drive me home. Nestled in the comfort of his black Mercedes, I kissed him gratefully.

The next day we went out on Tony’s boat. Two couples enjoying paradise. Tony’s friend didn’t take off his shirt or go in the water. His legs were long and slim and so pale they were practically translucent. He didn’t eat any of the shrimp baguettes I had brought from my restaurant.

His girlfriend giggled nervously as we rode through the waves. It was a giggle that reminded me of freshman year and fraternity parties, which actually made me like her, because it made her seem silly and therefore less threatening. And I thought, as I often did, that I was a shallow person.

We dropped anchor in a calm bay and I dove off the edge of the boat into the cool water. The feeling of my body entering the ocean was exhilarating and made me feel as if I could swim forever. Tony jumped in after me, creating a big splash. We swam to shore and walked along the beach holding hands. Tony was nice.

When the boat docked at the marina, I called my fish guy and ordered fresh yellowfin tuna. At my restaurant, we do it lightly seared and served with tartar sauce. It was Tony’s favorite. When getting dressed for dinner, I chose a white dress that hugged my body. I told myself it was for Tony.

Tony’s friend and his girl arrived an hour late. He was wearing the same clothes as in the afternoon: shorts, white T-shirt and blue suede loafers that seemed out-of-place in a beach town. They apologized, although not profusely, saying they had fallen asleep.

I hated Tony’s friend. His laugh made me want to punch him in the stomach. We lingered over several bottles of red wine, and my staff left as the hands of the clock moved on. He sat beside me and pointed out a typo on my menu. I was mortified. Words and food were my things.

We were all speaking Spanish because Tony didn’t speak English. His friend used several words I didn’t know. Spanish is my third language and I never hesitate to ask the meaning of new words. He took my phone and in the “Notes” app created a glossary list for me, words such as “diastema” (a gap between your teeth à la Lauren Hutton), “afónico” (no voice) and “lampiño” (hairless).

As he did this, I sensed a wave of feeling moving along my forearms. My heart pounded so loudly I could see it bursting from my body and landing with a thud on the white tablecloth, still pumping, all bloody and messy among the dirty dishes.

Tony wanted me to go home with him, but doing that, given the emotion pulsing through me, felt like a form of betrayal. Tony flung clumps of disappointment at me.

I said I was tired. I went home and lay awake thinking about all the things I disliked about Tony’s friend: the gel in his hair, his pale legs, his melodious laugh, the dark mole on his forearm, the way he seemed so smart and knew it.

I woke up feeling better. I told myself the wine must have caused all those feelings to bubble to the surface. I went over to Tony’s apartment for coffee and kissing. I wanted to show him how much I appreciated his adoration. He is a great guy, I reminded myself.

Tony’s place looked like a department store showroom, every detail curated and lacking in sentiment. His tchotchkes weren’t amassed from world travels; they had come with the furniture package. Even the picture frames had catalog photos in them.

When Tony went upstairs, I noticed his friend’s suit jacket on the edge of the couch. He must have left it here when Tony picked him up from the airport.

I reached out and let my fingertips touch it. I could hear Tony moving around upstairs. I picked up the dark jacket, brought it to my face and inhaled the smell of after-shave. That was another thing I disliked about him; he wore too much after-shave. But beneath the after-shave, there was a human smell, warm and soft.

The four of us went to lunch in a small village on a river where the locals sell shrimp and crawfish. Tony’s friend didn’t look at me except for the occasional piercing glance launched diagonally across the table. I watched him, the way he licked his fingers and held his glass with his hand wrapped around the back of it. He was a glutton.

It was getting late, and his girl was going to miss her flight. He dawdled paying the bill as we waited in the car. Finally, he appeared at the car as though everything were fine. 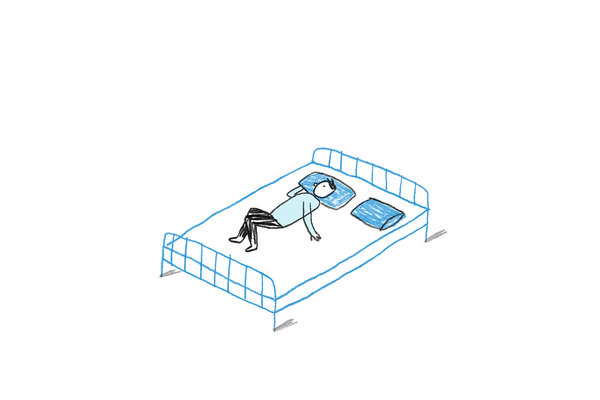 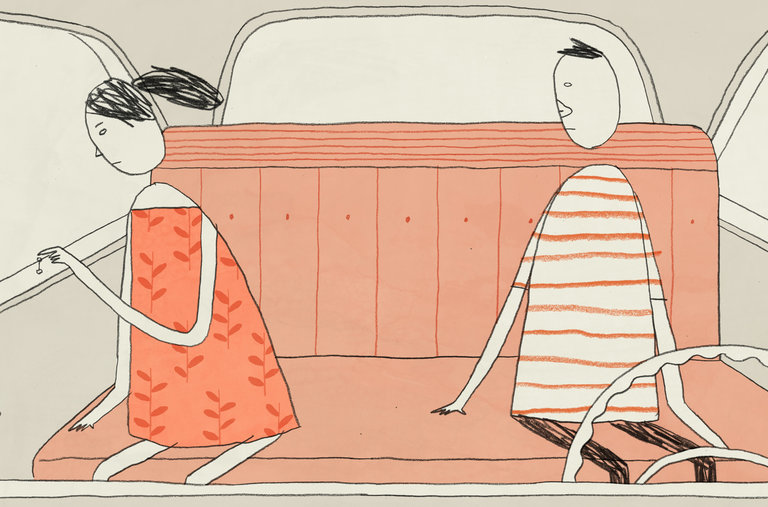 Later that afternoon I met up with Tony and his friend for a drink. I should have been working, but Tony’s friend would be gone soon. Just one last look, I reasoned.

Clutching his brandy and Coke, he gazed at me with a tortured expression, his Magic-Marker eyebrows furrowed, his lips taut in a sharp line. I wanted a glass of wine but the only decent wine the restaurant had was by the bottle, and I couldn’t bear the expense or waste when I only wanted so little.

“Just get it,” he said curtly.

He was sitting across from us; Tony was on my right. The air felt heavy and humid, making everything sticky and uncomfortable.

Tony’s friend asked me about my parents and how I had come to live in Mexico, as if we were on a first date. I answered contemplatively, meeting his gaze while a million questions swirled in my mind: “How do you take your coffee?” “Have you been paragliding?” “Do you like Bach’s cello suites?”

But I asked none of those questions. I was watching the time. If he didn’t go soon, he was going to miss his flight.

I felt his name in my mouth and wondered what it would feel like to whisper it some morning, so close my lips would touch his ear as we lay in a tangle of white sheets with the sun of a new day pouring in through the window.

And then he was gone and I could breathe again.

Jane Bauer is a writer, editor and restaurateur who lives in Huatulco, Oaxaca, Mexico.

Modern Love can be reached at [email protected]