Grace Kelly became the Princess of Monaco following her lavish wedding to Prince Rainier III of Monaco. She wore an elegant dress that became famous around the world. Tonight on the Channel 5 documentary Grace Kelly: Hollywood Princess, a royal expert explained how it may have inspired Kate Middleton’s wedding gown.

Grace Kelly was a Hollywood film star when she married Prince Rainier III of Monaco.

The couple tied the knot in 1952 and they were married until she sadly passed in 1982.

In the documentary Grace Kelly: Hollywood Princess, royal experts explained the influence of her wedding dress.

“Grace’s wedding dress is one of the best remembered and most elegant of all time,” the narrator said. 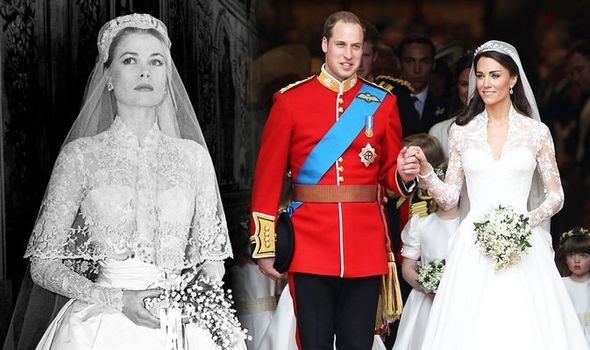 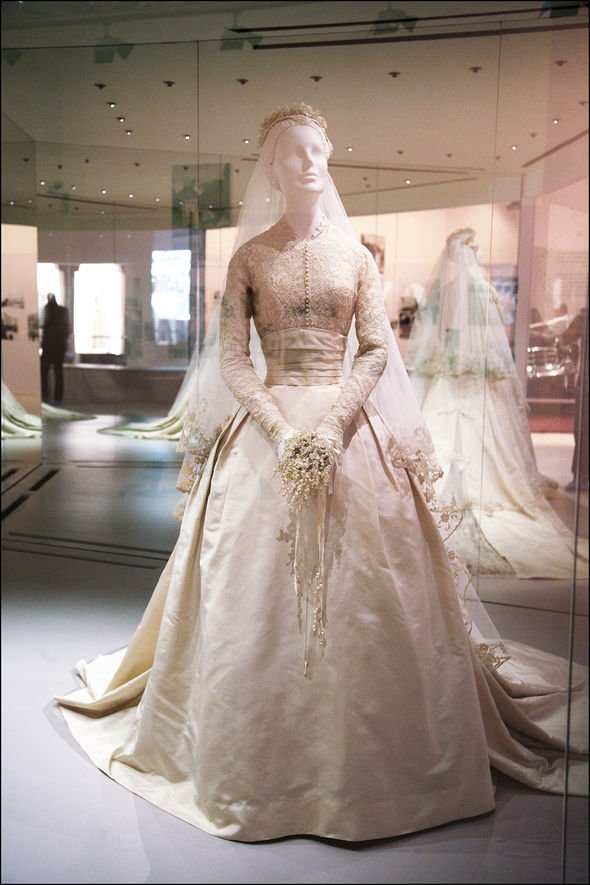 “It was a gift from her former studio, created by MGM’s chief costume designer Helen Rose, who had worked on two of Grace’s previous films.”

The dress had a high neck and a lace bodice with long sleeves.

It had a button down front and tapered in at the waist before continuing into a full skirt.

David said: “I understand it took three dozen seamstresses three weeks. The estimated cost back then of $7,200.”

As it was designed in the 1950s, it is likely it would be worth much more now.

Not only did the dress become a desirable style for all future brides, it may have inspired British royalty. 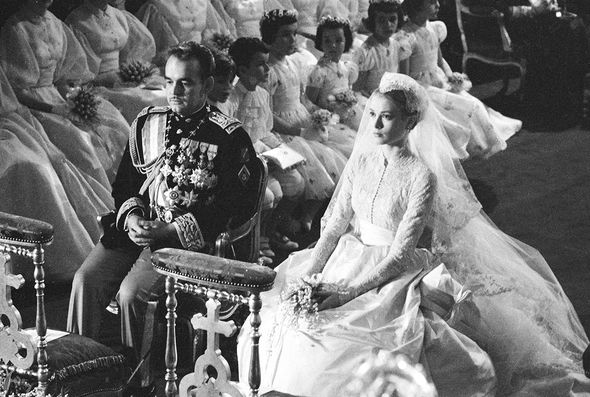 She wore a custom made gown designed by Sarah Burton for the fashion house Alexander McQueen.

The experts suggested the look could have been inspired by the Princess of Monaco.

David continued: “I was reporting for Catherine’s wedding and the Duchess of Cambridge’s dress, and as soon as I saw it I thought of Princess Grace. 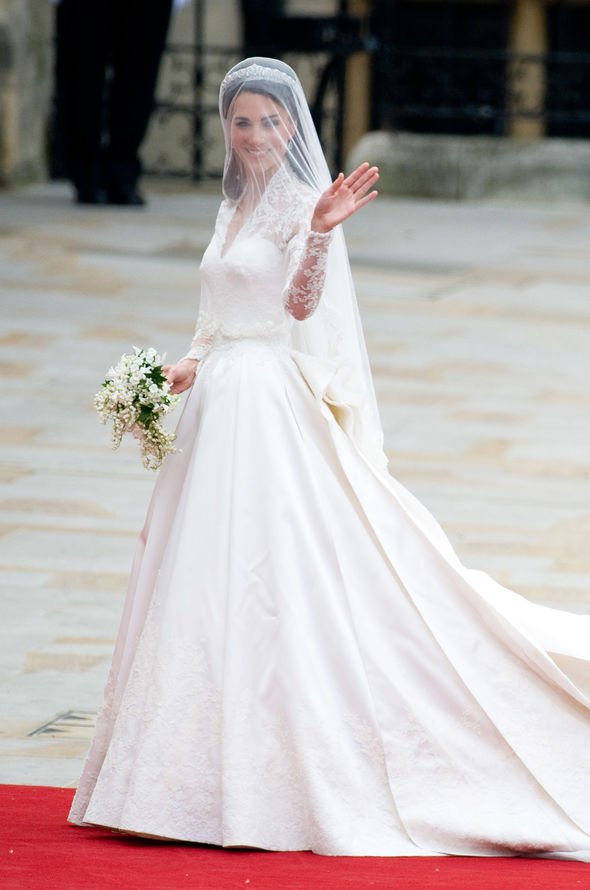 “It’s a very tight bond with your designer so I wouldn’t be surprised if she referenced Grace’s dress.”

Like the dress worn by Grace, Kate’s gown had a fitted top and long lace sleeves.

The dress also flowed into a long skirt like that of Princess Grace’s.