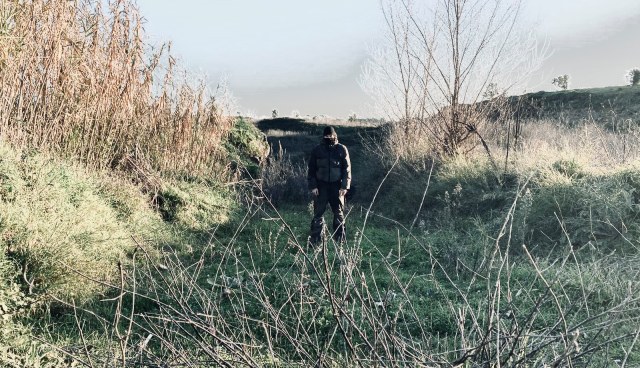 Spurred by the pandemic, dystopian themes came to the fore throughout 2020, but Gall has been offering protective gear since its inception, making sure customers are well equipped to face harsh times.

Blending functionality with a military-tinged subtext, the Rome-based brand helmed by life and business partners James Gall and Chiara Nardelli orchestrated a fashion film lensed in a fog-filled forest where models escaped from some unknown threat, as if they were survivors in a post-calamity future.

Gall contended that the video was actually centered on a single character, played by model Luca Filippi, in pursuit of different sides of his personality, and described the escape as an “introspective quest.” To be sure, today’s fears and preoccupations are both mundane and spiritual.

While the focus on functional pieces was a tad repetitive, the collection conveyed a cool look intended for the outdoors. Puffer jackets in shiny nylon — the models’ faces almost entirely obscured by the collar, hood and knitted balaclavas — mingled with rubberized raincoats and matching pants with drawstrings around the knees, while subtle camouflage motifs adorned field jackets.

A golden outfit — another down jacket paired with utilitarian pants — added a flash of positive energy.