The seven young royals – including Prince George and Princess Charlotte – who call the monarch "great grandma" appear to be unafraid of the palace naughty step. 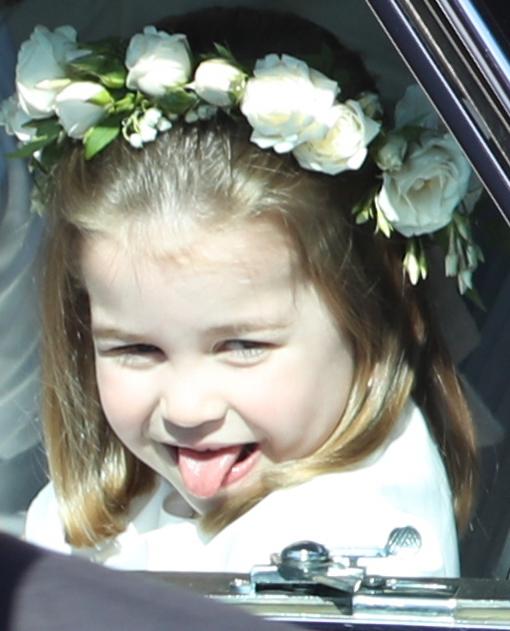 Perhaps the most mischievous great-grandchild of them all is three-year-old Charlotte.

Back in May, when she was a bridesmaid at Prince Harry and Meghan Markle's wedding, the little girl was spotted sticking her tongue out at photographers from inside a car.

On the same day, Kate Middleton and Prince William's daughter was also seen fidgeting while holding her mother's hand on the steps outside St George's Chapel in Windsor Castle.

Her brother George, five, appeared to find something in the crowd amusing on the same occasion. 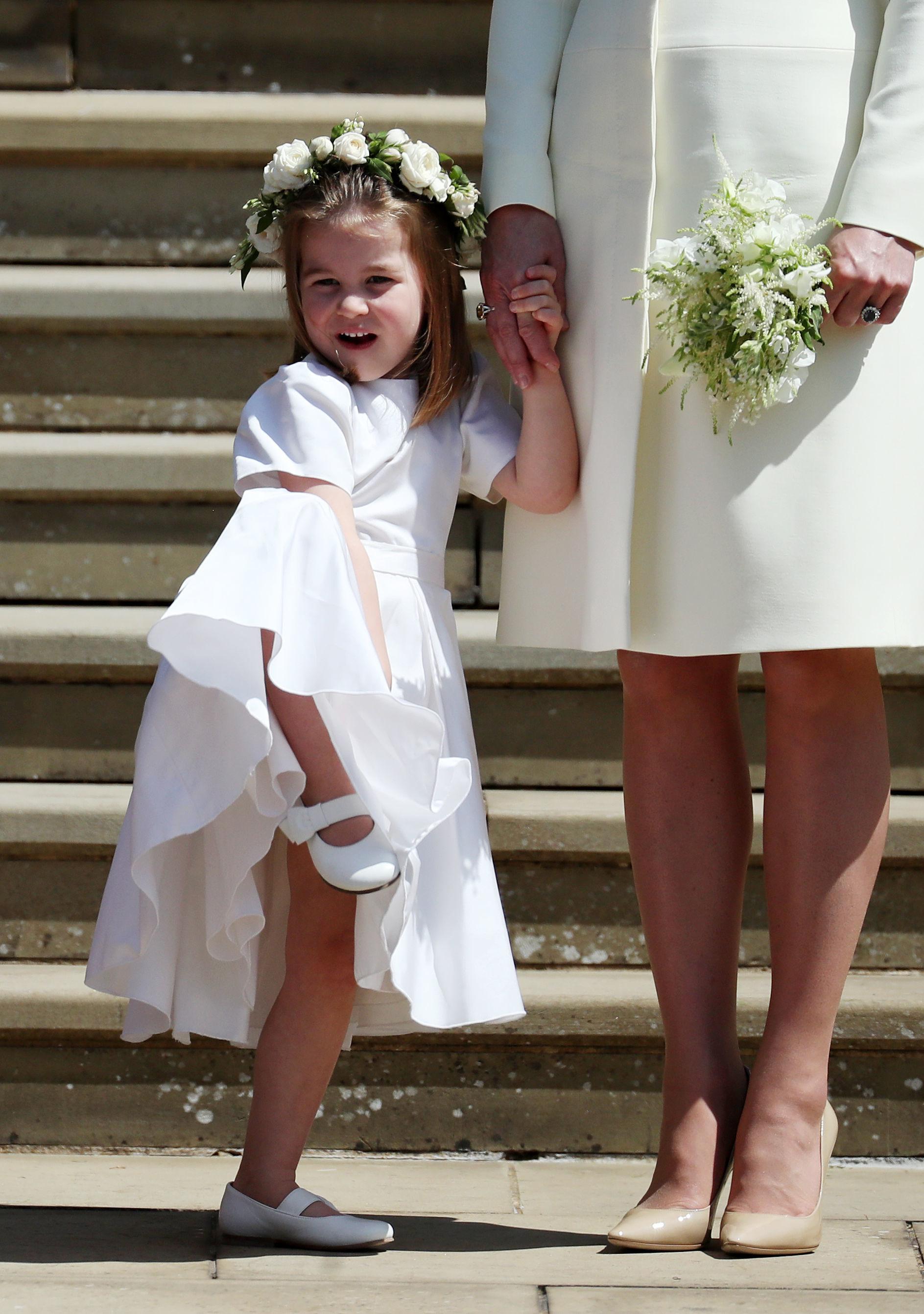 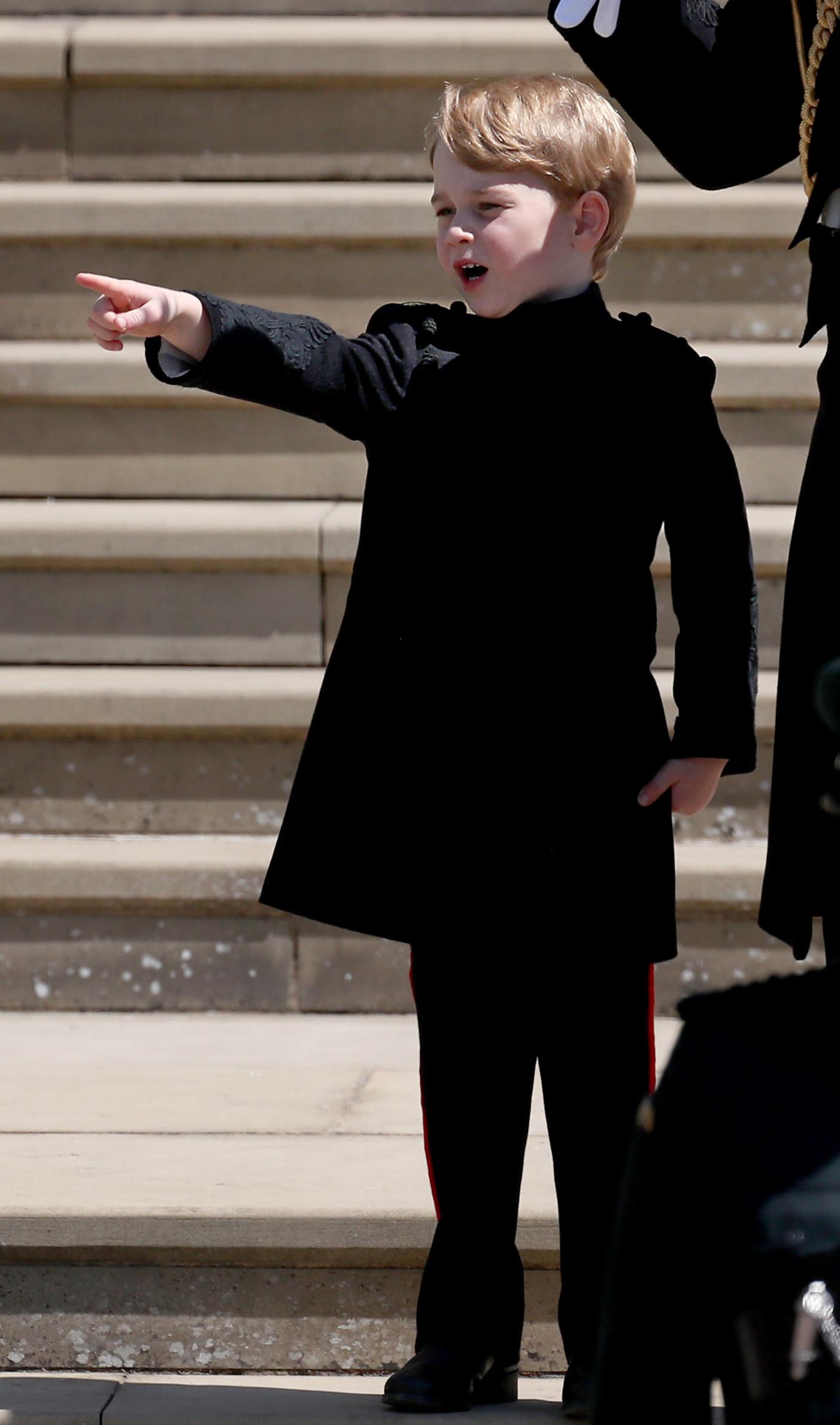 The third in line to the throne was spotted pointing at something in the far distance with a fascinated expression on his face.

At another wedding this year – that of Princess Eugenie and Jack Brooksbank – the Duke and Duchess of Cambridge's eldest was a page boy.

Inside St George's Chapel in Windsor Castle, he was caught appearing to gossip with Savannah Phillips – the seven-year-old daughter of his dad's cousin Peter Phillips and wife Autumn.

George had his hand over his mouth as though he was keen to stifle a laugh. 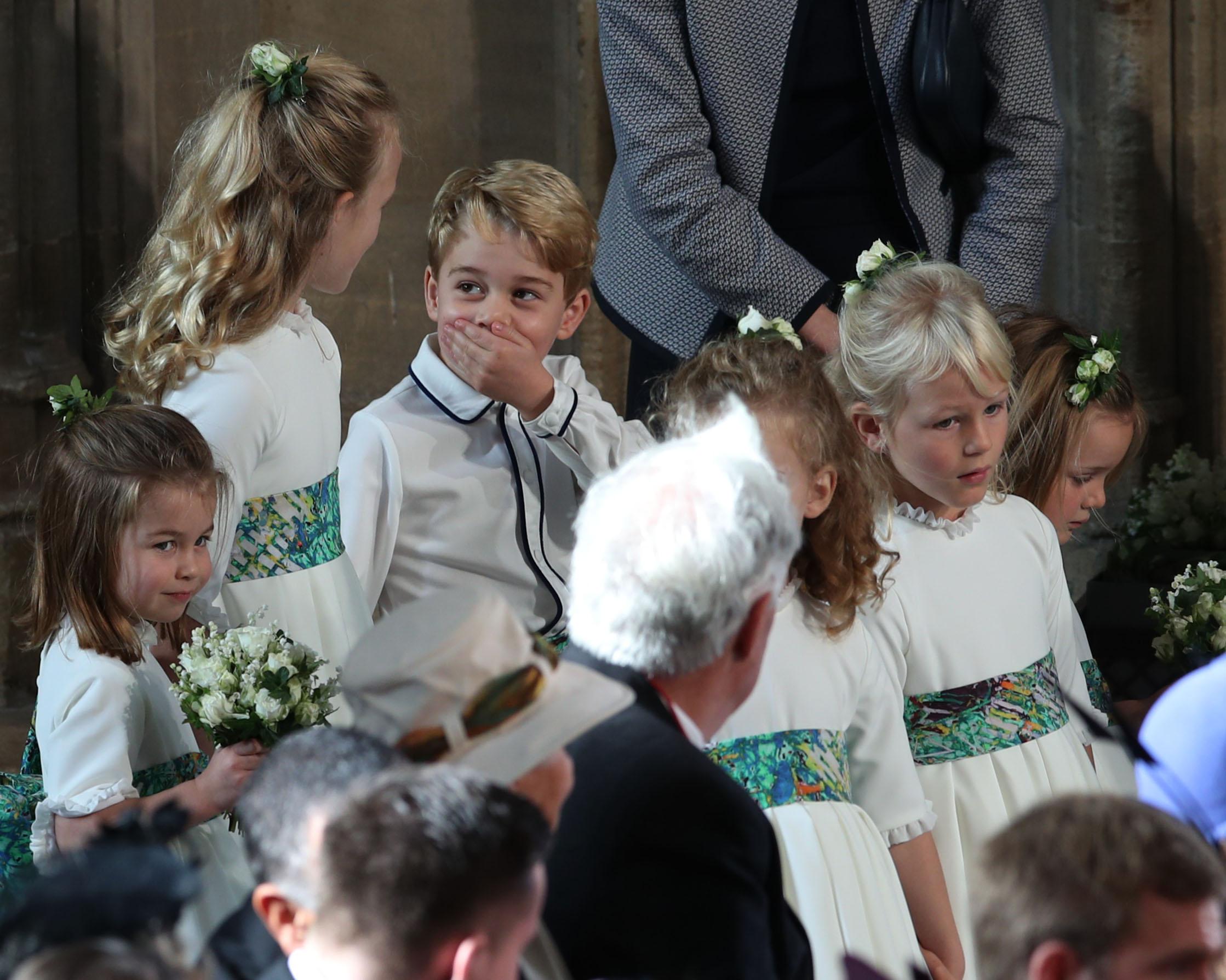 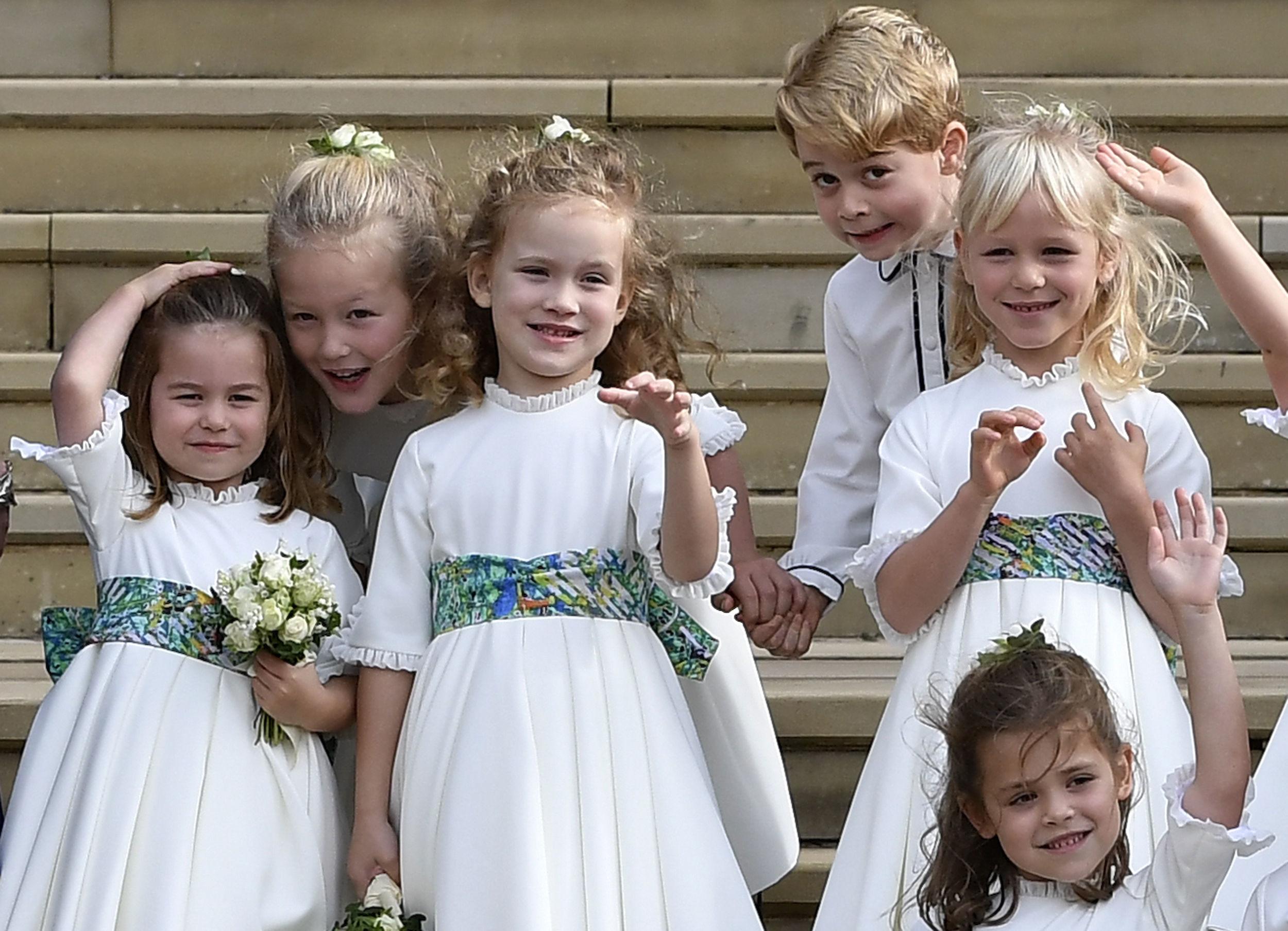 This time he was standing behind Savannah's six-year-old sister Isla Phillips.

Months earlier at Trooping the Colour, Charlotte was seen having a tantrum on the royal balcony. 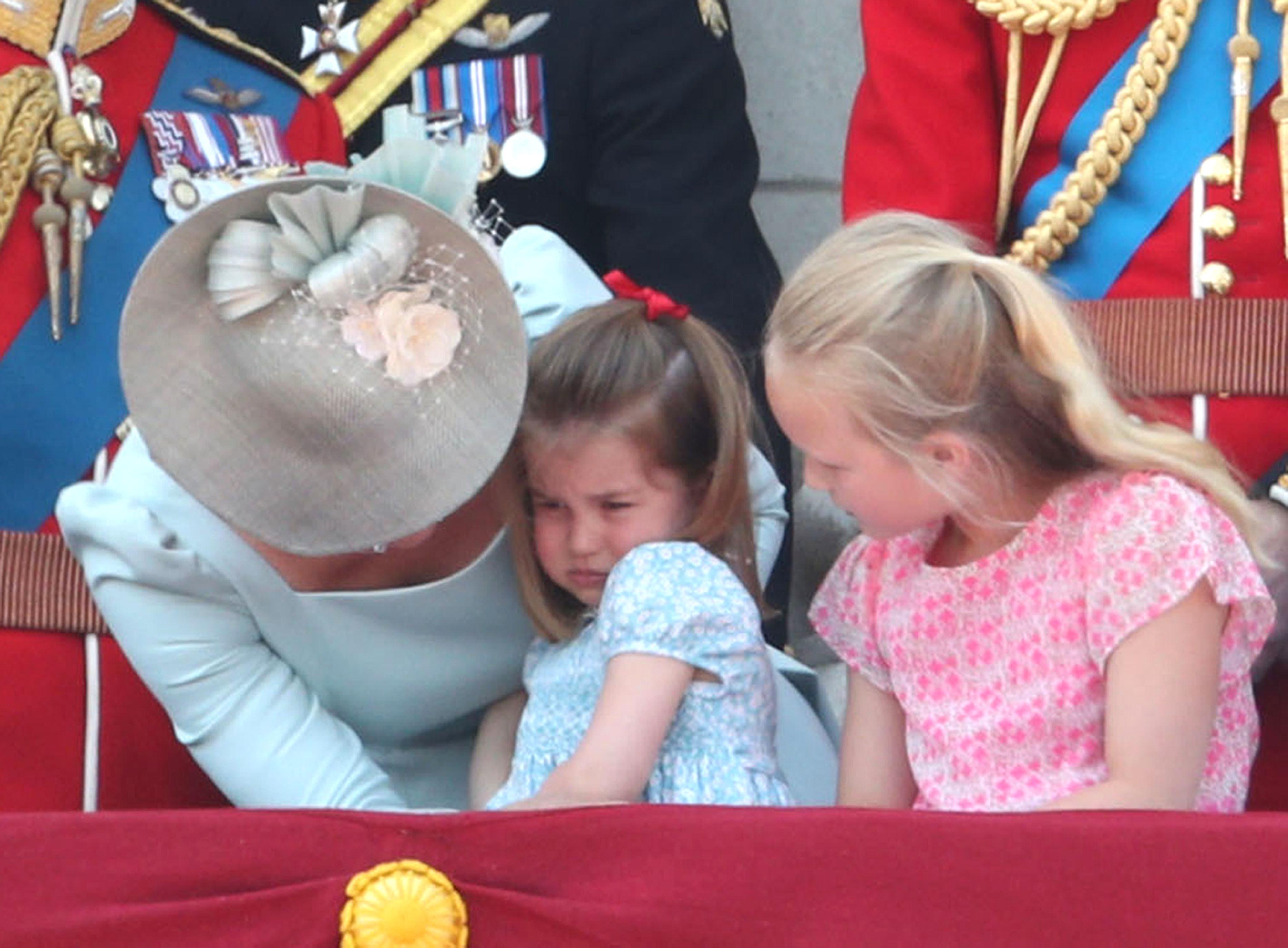 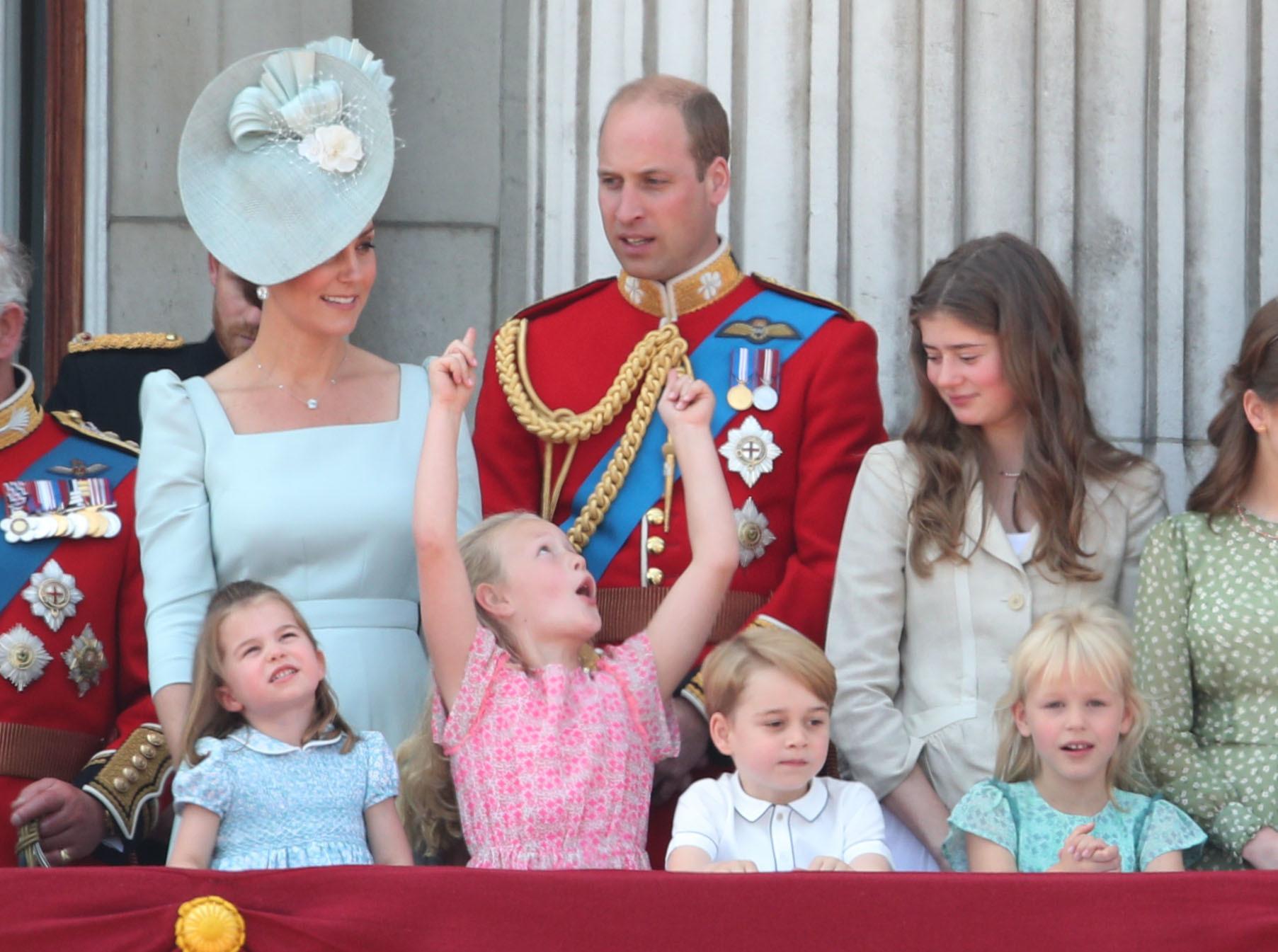 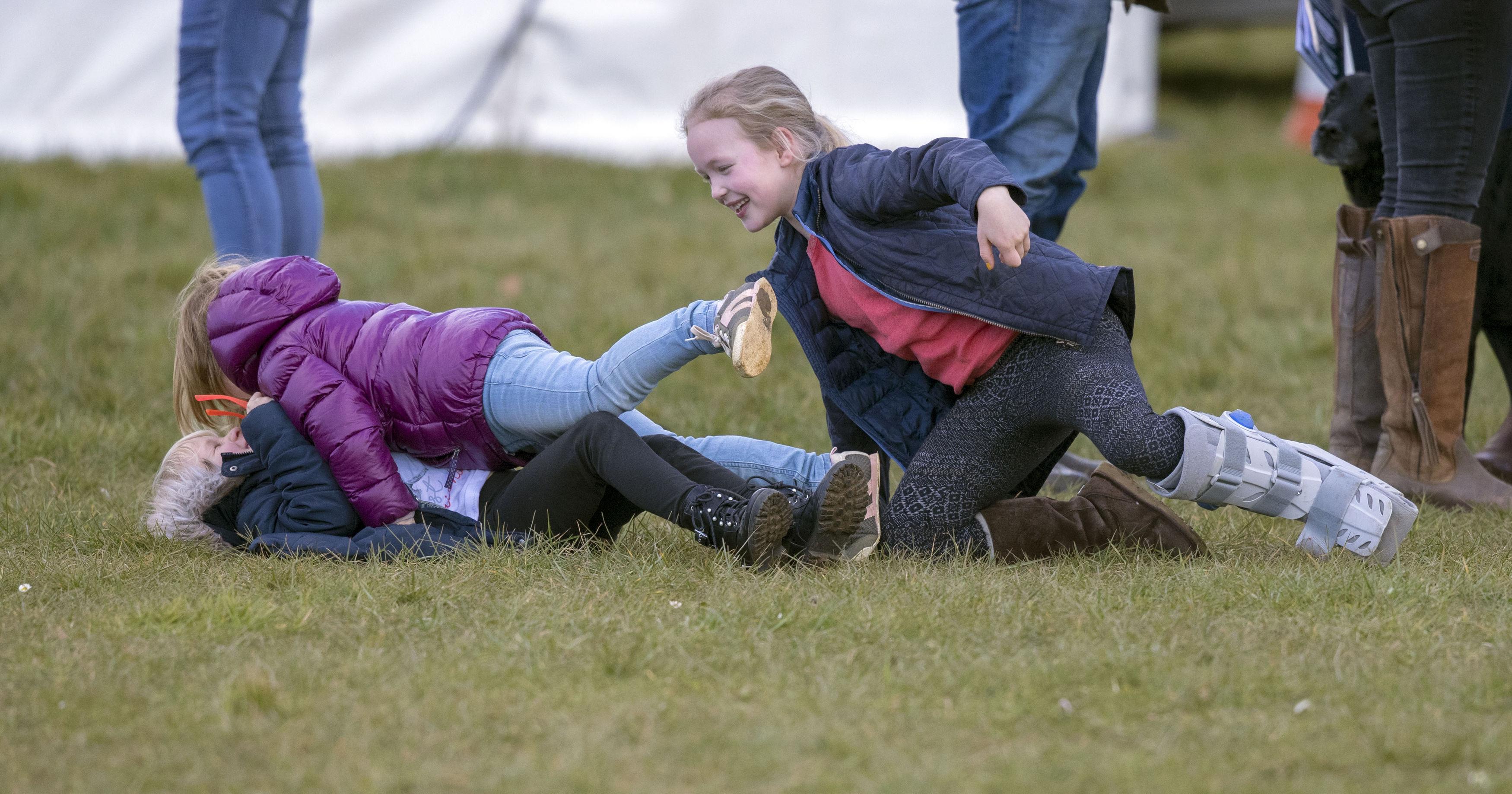 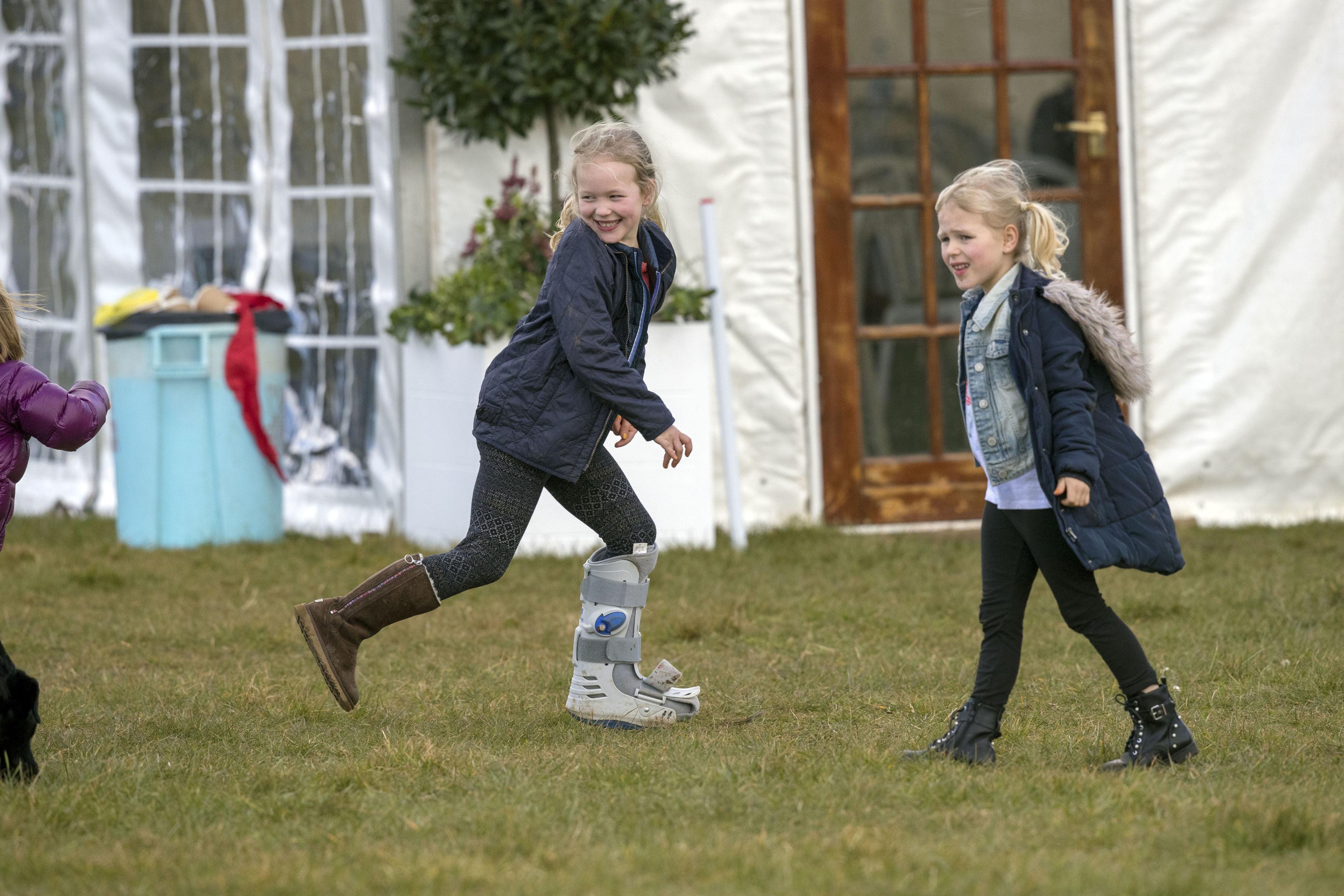 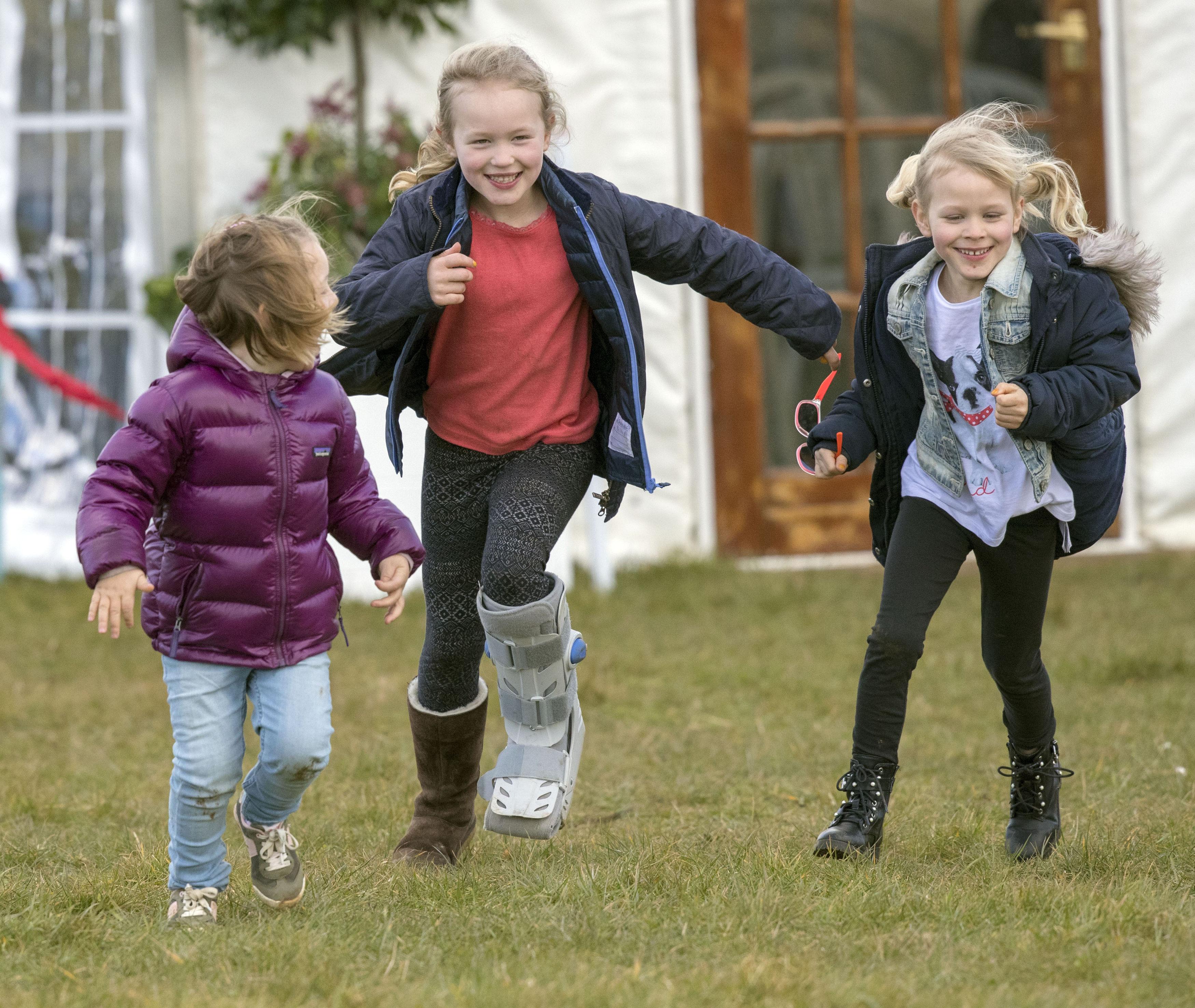 As she screwed up her face, mum Kate tried to console her.

Once she had calmed down, it was Savannah's turn to joke around. 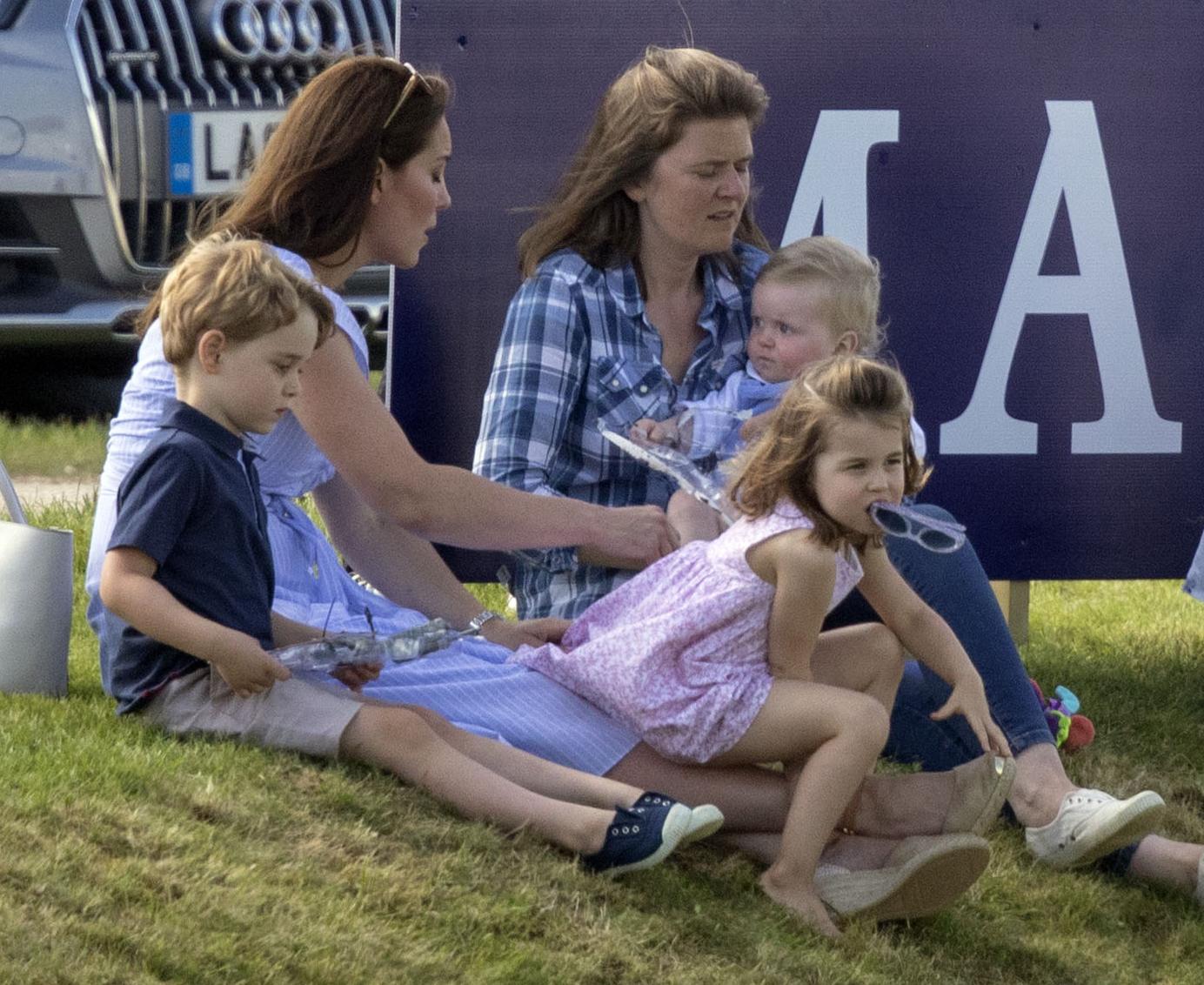 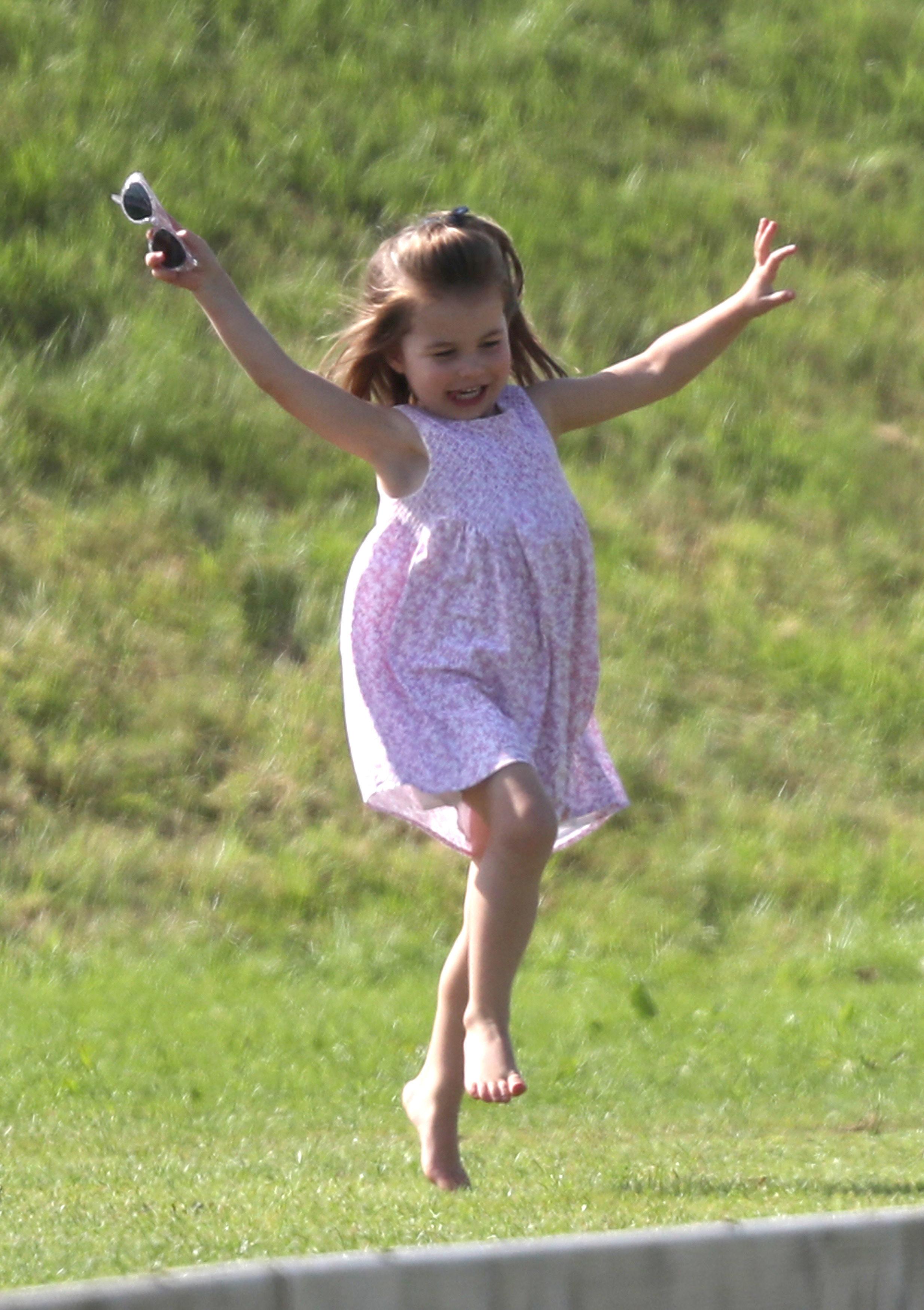 Savannah certainly appears to have a cheeky personality if photos of her play-fighting with Isla and cousin Mia Tindall – the four-year-old daughter of Zara Phillips and Mike Tindall – are anything to go by.

She was seen running around while wearing a cast on her leg at the Gatcombe Horse Trials at Gatcombe Park in Gloucestershire in March. 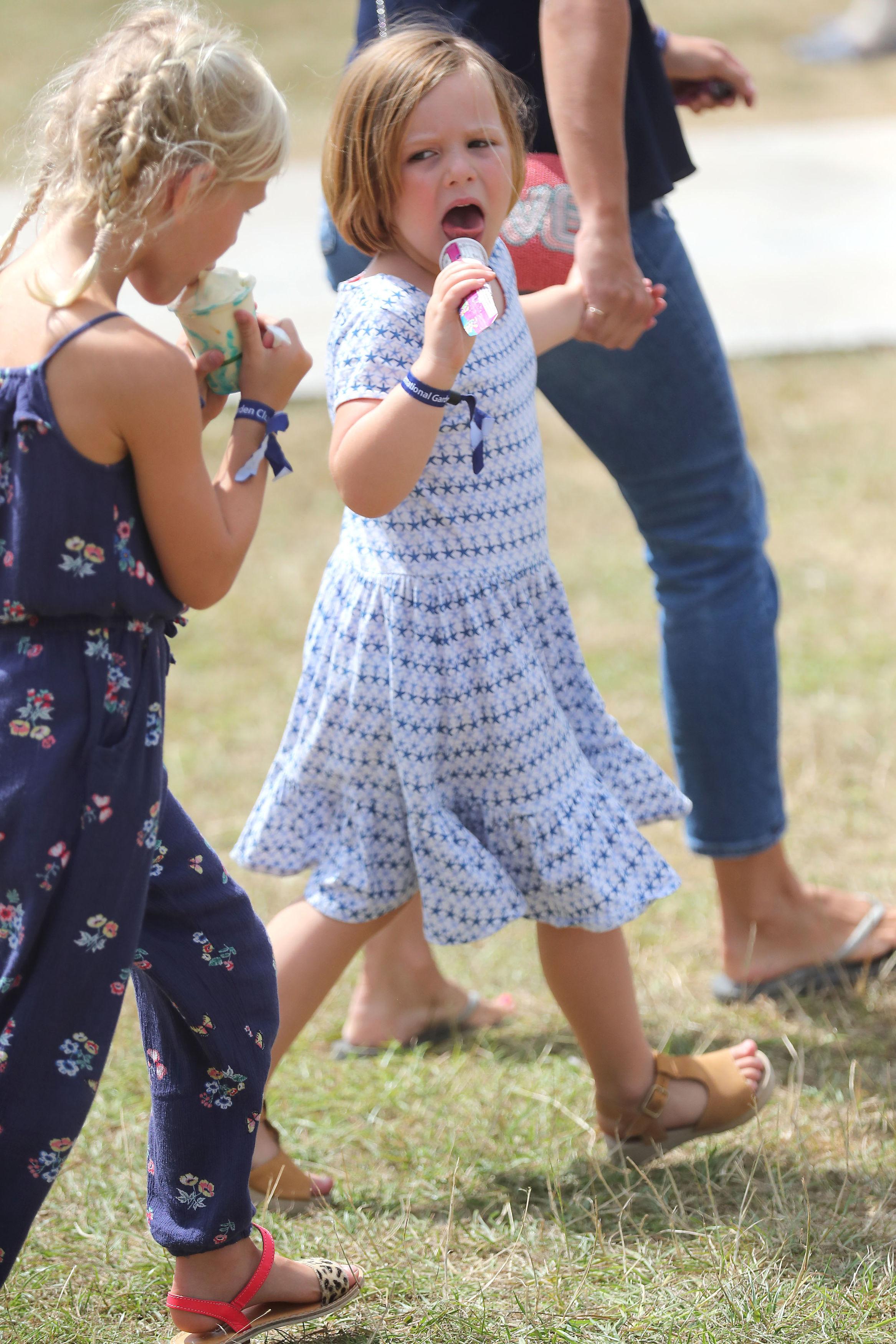 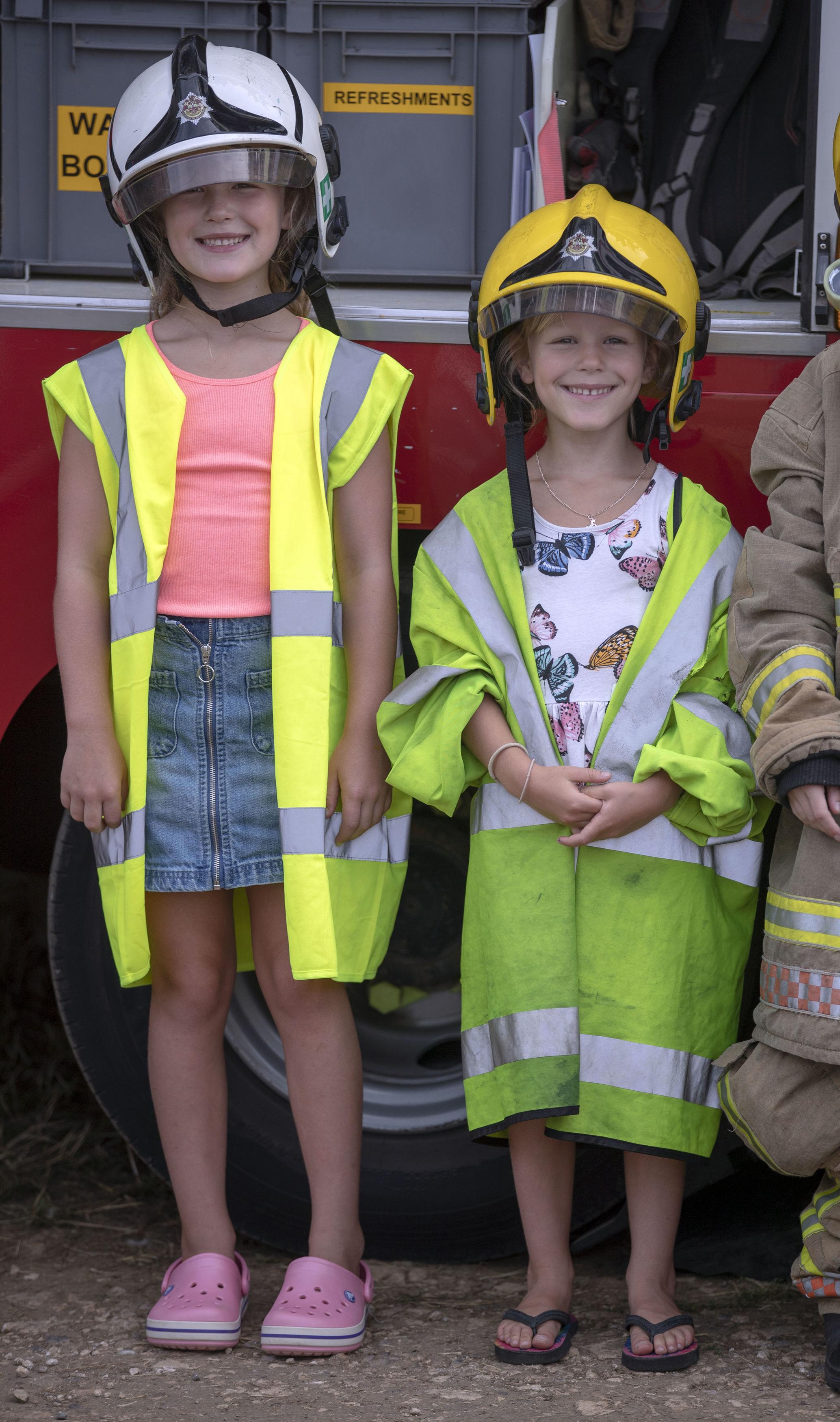 However, the mischievousness clearly runs in the family as Mia – who's little sister Lena was born in June – was also caught pushing Isla onto the grass on the same occasion.

At another country event in June, Charlotte was spotted chewing on her sunglasses next to mum Kate and brother George.

She was later seen jumping around on the grass – entirely disinterested in her dad the Duke of Cambridge playing in the Maserati Royal Charity Polo Trophy at the Beaufort Polo Club in the Cotswolds.

The hot weather this summer also saw Isla and Mia ignore royal protocol to inelegantly devour their ice-creams at the Festival of British Eventing at Gatcombe Park, Gloucestershire.

At the same event, Savannah and Isla appeared to be having a lot of fun trying on firefighters' costumes.