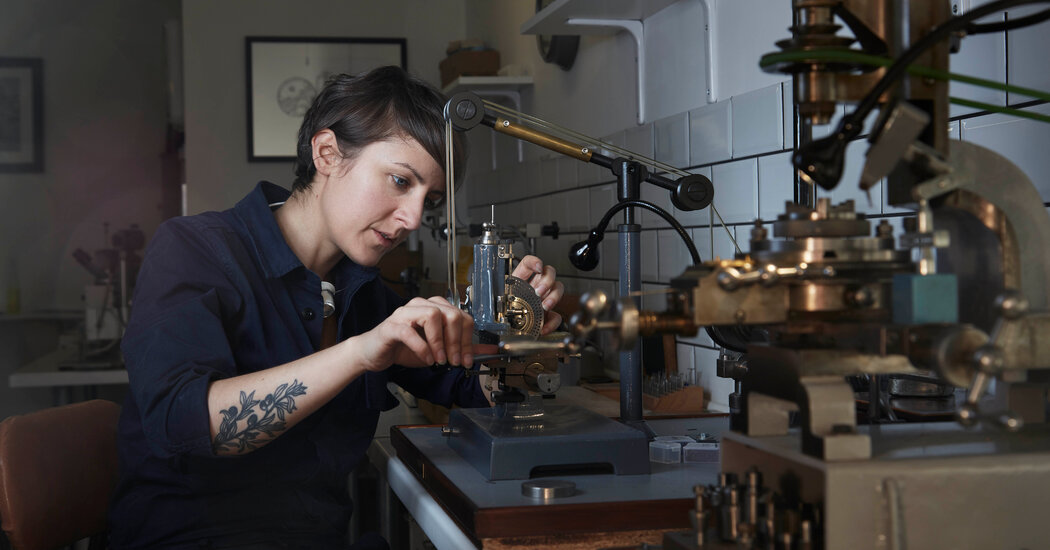 BIRMINGHAM, England — Rebecca Struthers, the British watchmaker and restorer who earned her doctorate in horology in 2017, is trying her hand at something a bit different: She is writing a book.

“Hands of Time: A Watchmaker’s History” is a look at the history, art and science of horology, including her experiences with some of the watches she writes about. The book, delayed a year by the pandemic, now is scheduled for publication in May 2023 by Hodder & Stoughton in Britain and by HarperCollins in the United States.

Dr. Struthers and her watchmaker-husband, Craig, operate Struthers Watchmakers from their small studio in Birmingham’s Jewelry Quarter. (His horological drawings will illustrate the book.)

During an interview and in follow-up emails, Dr. Struthers described some of the watch world’s eccentric characters, what it is like to be a woman in the industry and her fondness for Casio. Her comments have been edited and condensed.

Your website says your book will focus on “one of the most culturally significant objects in modern history.” What’s so significant about a watch?

Watches are our way of capturing the events of the universe, events we have no control over, in something we can wear on our bodies. They’re objects that can project information about who we are and how we want to be perceived as much as they regulate our lives.

You also promise a story of “adventure and innovation, full of eccentric characters.”

One of my favorites is Abraham-Louis Breguet, who worked through the French Revolution as watchmaker to the French aristocracy, and for Napoleon Bonaparte, King George III and the Duke of Wellington — all whilst keeping his head. There’s Ruth Belville, who — from the late-19th century right up until the Second World War — trekked the streets of London “selling time.” She’d take her very accurate chronometer to the Royal Observatory in Greenwich in the morning to set it precisely to the time at the meridian. Her subscribers would pay her to visit them so they could correct their timepieces. There’s also the curious case of John Wilter, a name associated with 18th-century pocket watch forgeries that were signed as being made in London, but which were actually cheap continental European watches. There’s no evidence that a John Wilter ever existed.

There aren’t many female watchmakers. Has your gender helped or hindered your career?

Being not only female, but young, tattooed, working class and having a mind of my own was definitely a hindrance at the start of my career. Although I’m now at the stage where it’s swung the opposite way, and being a minority in my field makes it easier to get noticed, it’s also a position I’ve earned. Breaking down the barriers I experienced for future generations of watchmakers is very important to me. The industry is still incredibly male, white and middle to upper class, and with that we’re losing so much potential talent.

Is it hard to part with a watch you’ve made?

When watches take years to build they mark portions of your life. It’s odd giving them away. I work with my husband so we see it as being a bit like our child going off to college. You can’t help but look back at what you were doing when the build started, how much has changed, what you and the world has been through.

What’s on your wrist?

My everyday watches have to be workshop compatible, or in other words, OK to knock around. I’m a big Casio fan and I have quite a few Swatches, which are great for work. My dress watches are all vintage. They don’t have to have a name: I look for elements in their design that appeal to me rather than follow big brands. I’m definitely a fan of the weird and wonderful!