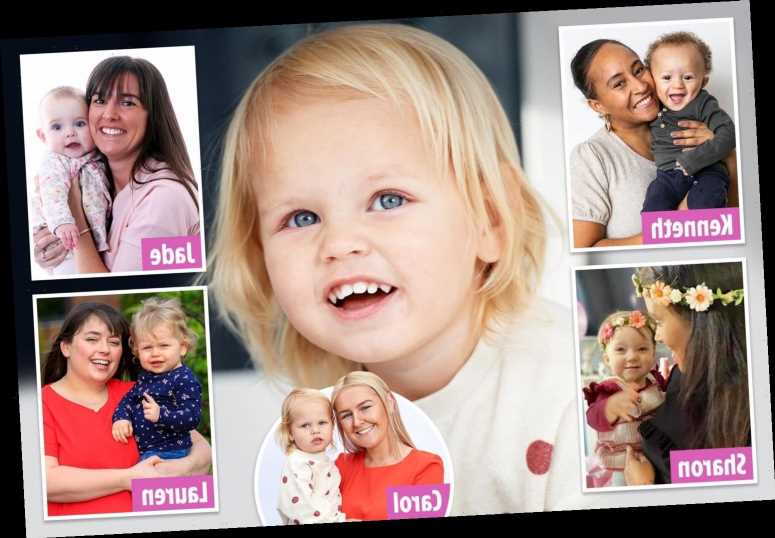 PICKING a name for your newborn is one of the first decisions you will make as a parent.

While you hope to choose something that suits them, you do not want your child to be called the same thing as five other kids in their class at school. 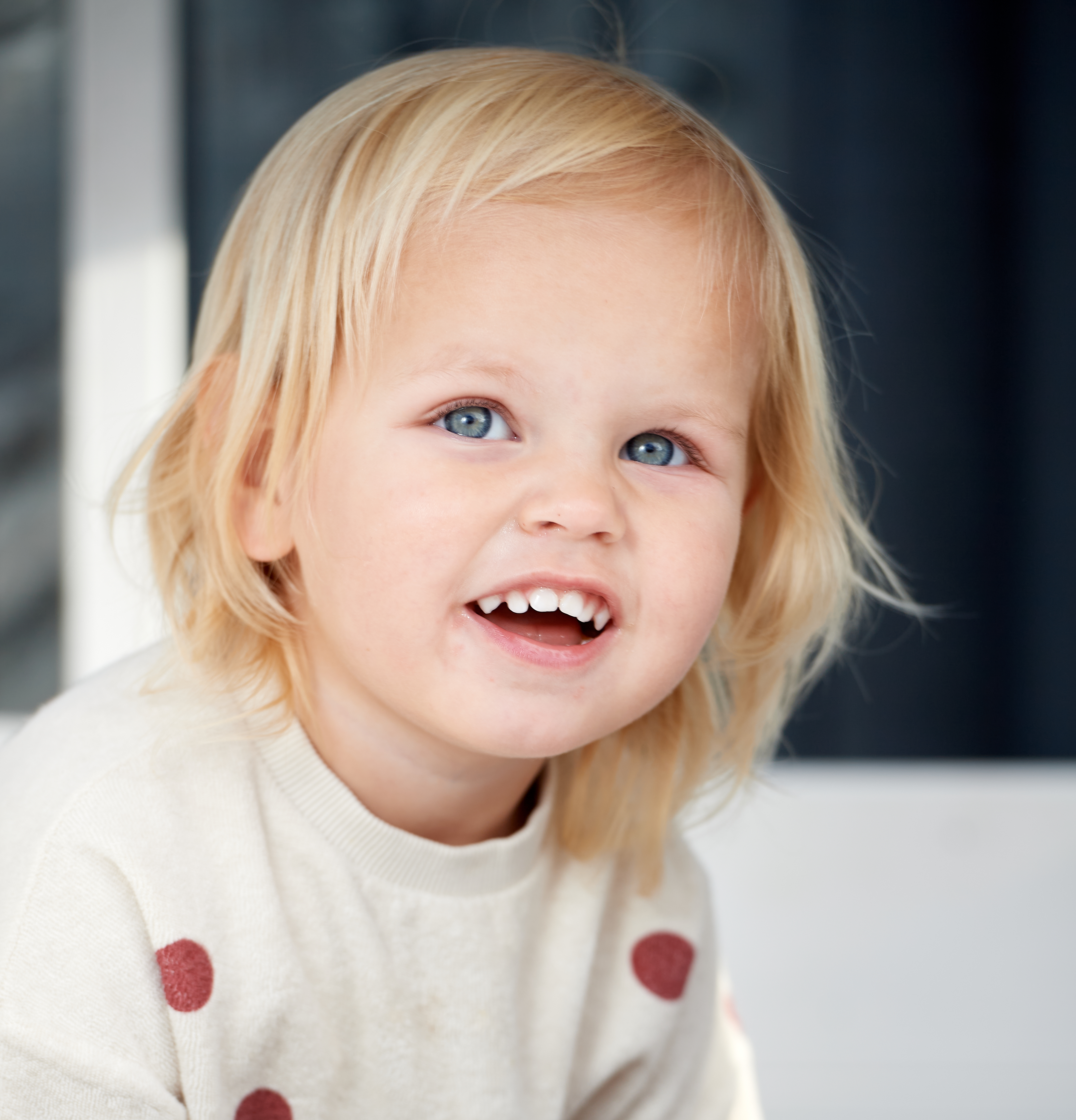 You might check the Office for National Statistics’ latest findings for ideas.

They show Oliver and Olivia were the nation’s most popular baby names over the past year. Carol and Jade were among the names to slide.

Once-traditional choices are fading out to be replaced with monikers from pop culture. Dua, Mabel and Hudson have all crept into the top 100.

Yasmin Harisha and Alley Einstein speak to parents who are saving old-fashioned names from extinction.

Carol: ‘Some friends said it was bonkers, but others applauded’ 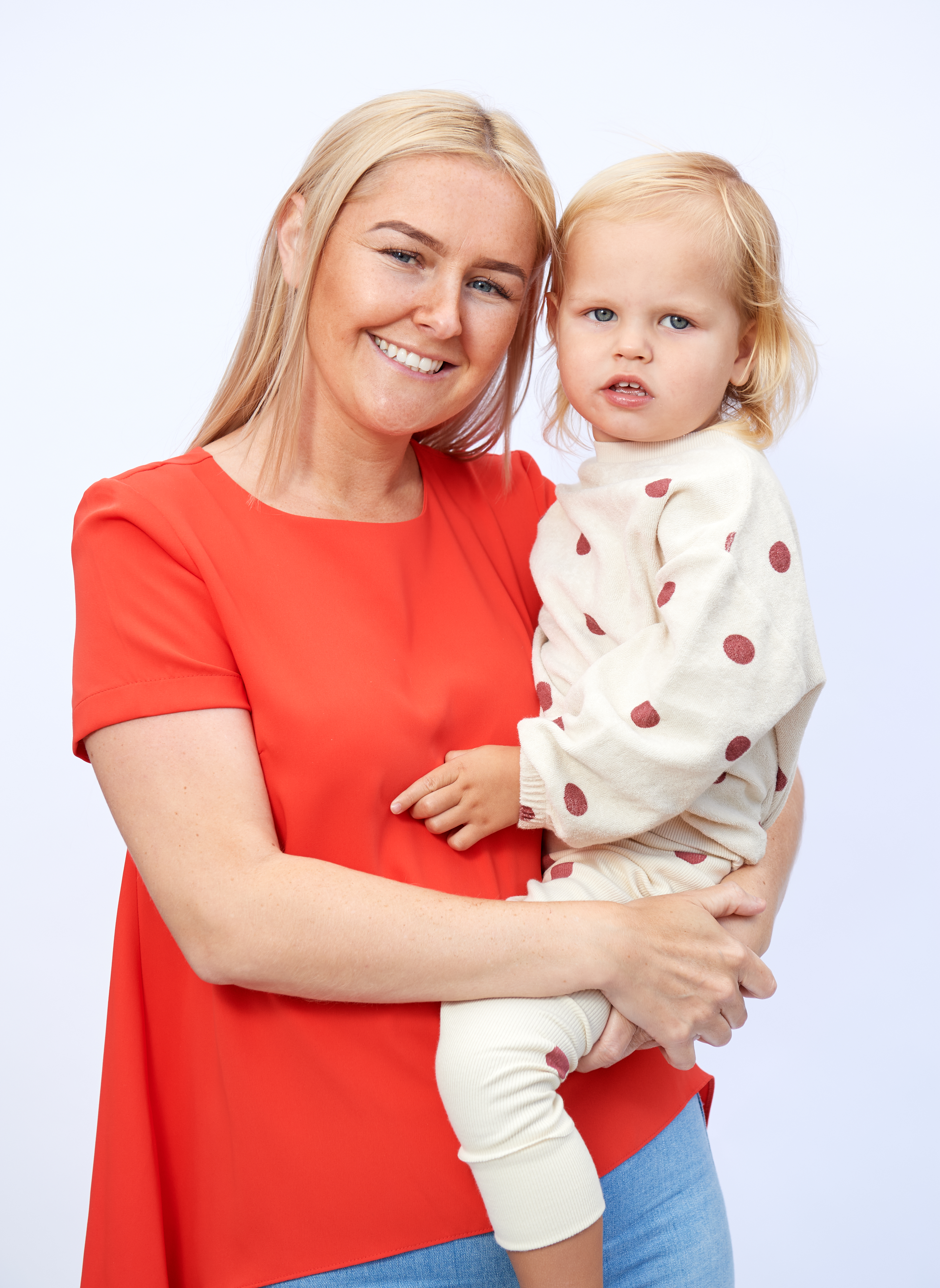 MARKETING specialist Chelsea Paul, 31, and her partner Jake Prince, 29, a decorator from Bradford, are proud they have a son called Carol, now two. Chelsea says:

"When I discovered I was pregnant with my son in August 2017, choosing the perfect name was critical. My mum Carol, who is 62 and a former typist, was the inspiration behind the name.

“'Carol' might be unpopular and widely seen as a girl’s name, and only three with that name were born in 2019.

"But my son is going to change that. Jake and I agreed we wanted him to have the name. We knew it would throw people off but it’s perfect for him. 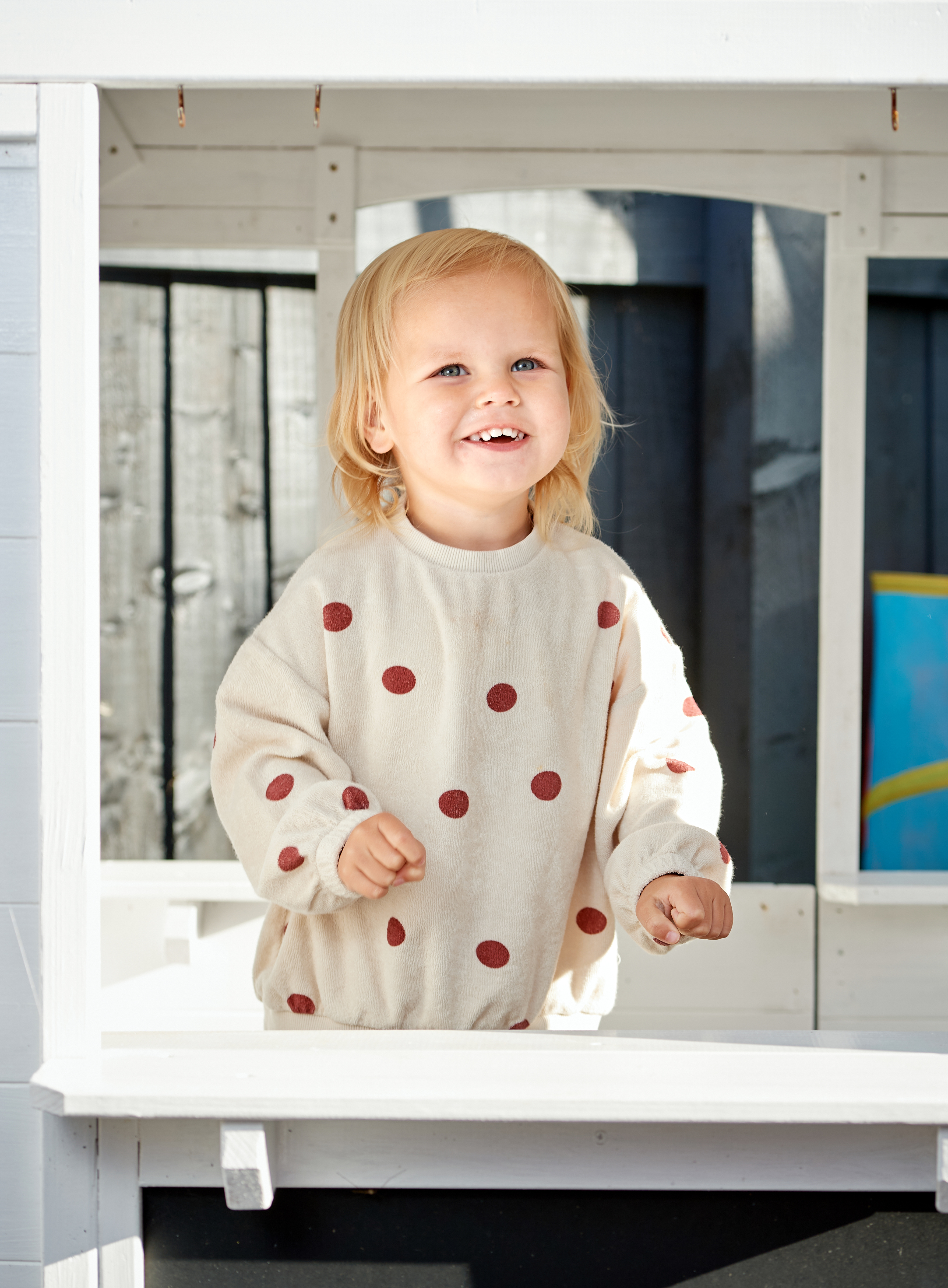 "When he was born in April 2018, I knew it fitted him so well. Some friends thought using a girl’s name was bonkers, while others applauded us. But most importantly, my mum was thrilled.

"Since then, his unusual name is constantly getting comments on social media and even has when going on on holiday.

"Airport officials always stop us, amazed at the use of Carol and his other names, Huckleberry Bowie.

"Carol was most popular in the late Fifties and early Sixties, when Mum was named, but now it’s on the endangered list. We hope it helps our son make his mark, while paying tribute to more old-fashioned names."

Kenneth: ‘Some friends said it was bonkers, but others applauded’ 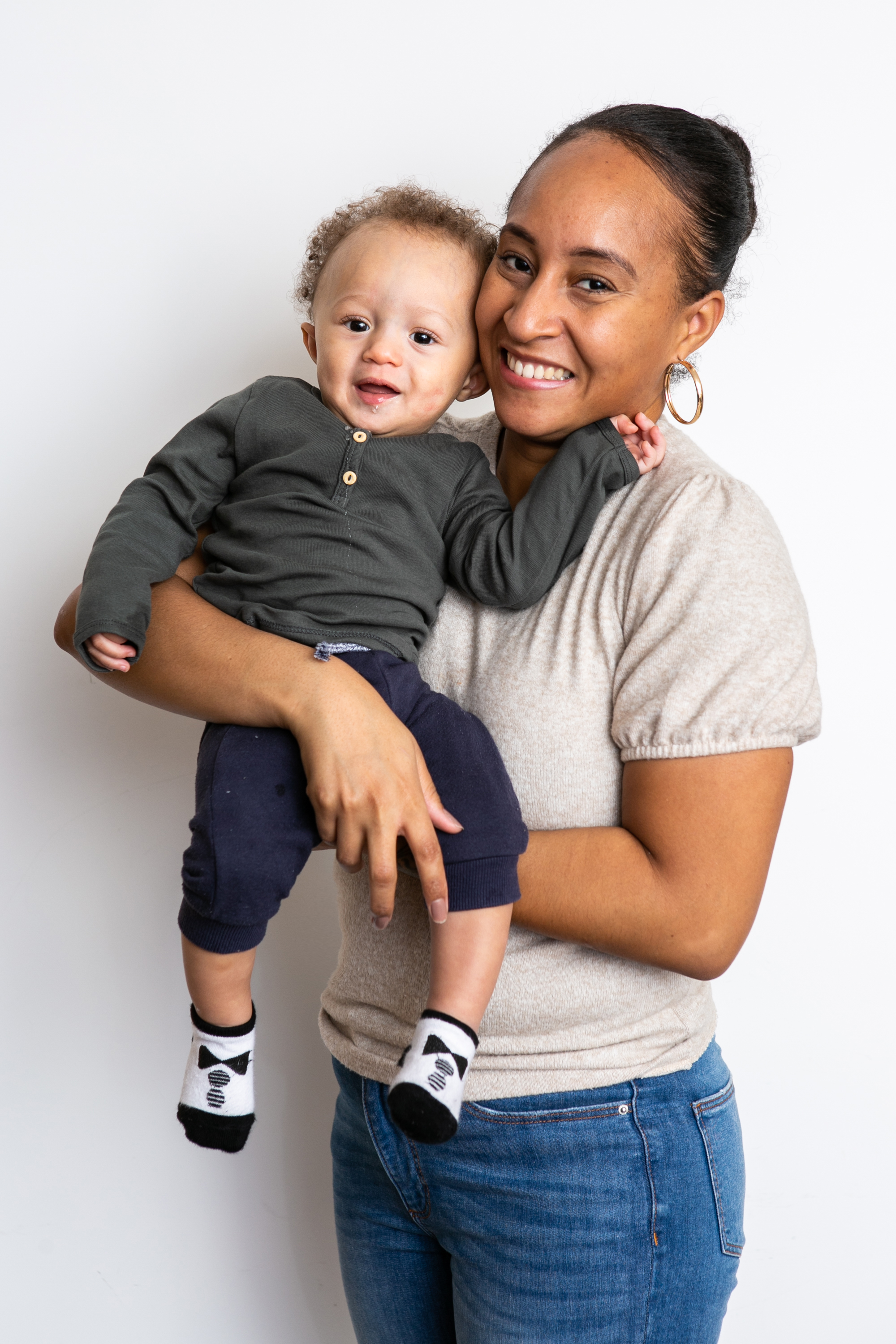 MIDWIFE Tatiana Martinez, 31, and husband Demetrius, 33, a photographer, share son Kenneth. Once in the top 20 baby names, it is no longer in the top 1,000. Tatiana, from Ealing, West London, welcomed her fourth child into the world in January 2020. She says:

"When my fourth baby was born, I knew he was definitely a Kenneth – and Ken for short.

"He arrived on Chea’s birthday and the name is of special significance to our family. My husband’s middle name is Kenneth and his dad is Kenneth. 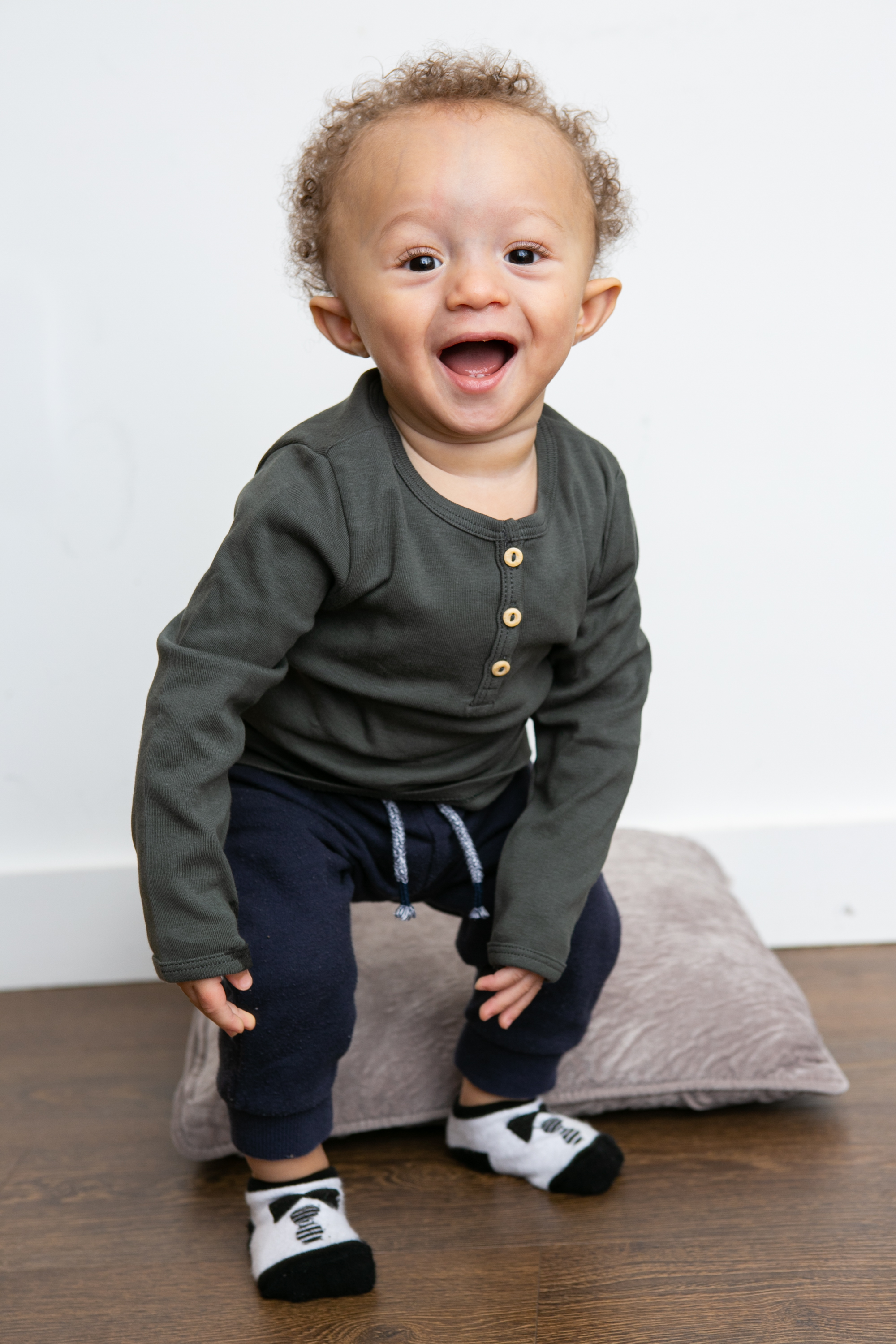 "Our family is a mix of races, so people are often shocked we chose Kenneth. But It’s a family tradition.

"It became even more significant after my husband’s dad passed away. He was a rock to our family. I wanted my son to carry on the tradition.

"To have this name that was going out of date pays tribute to his grandfather. We also didn’t want to see this name go out of fashion, so we did our bit with our own little Kenny. Many people see all the children’s unusual names, then see Kenneth and laugh.

"But at a time when Covid-19 has caused so much damage to families, his name reminds us of the importance of family history." 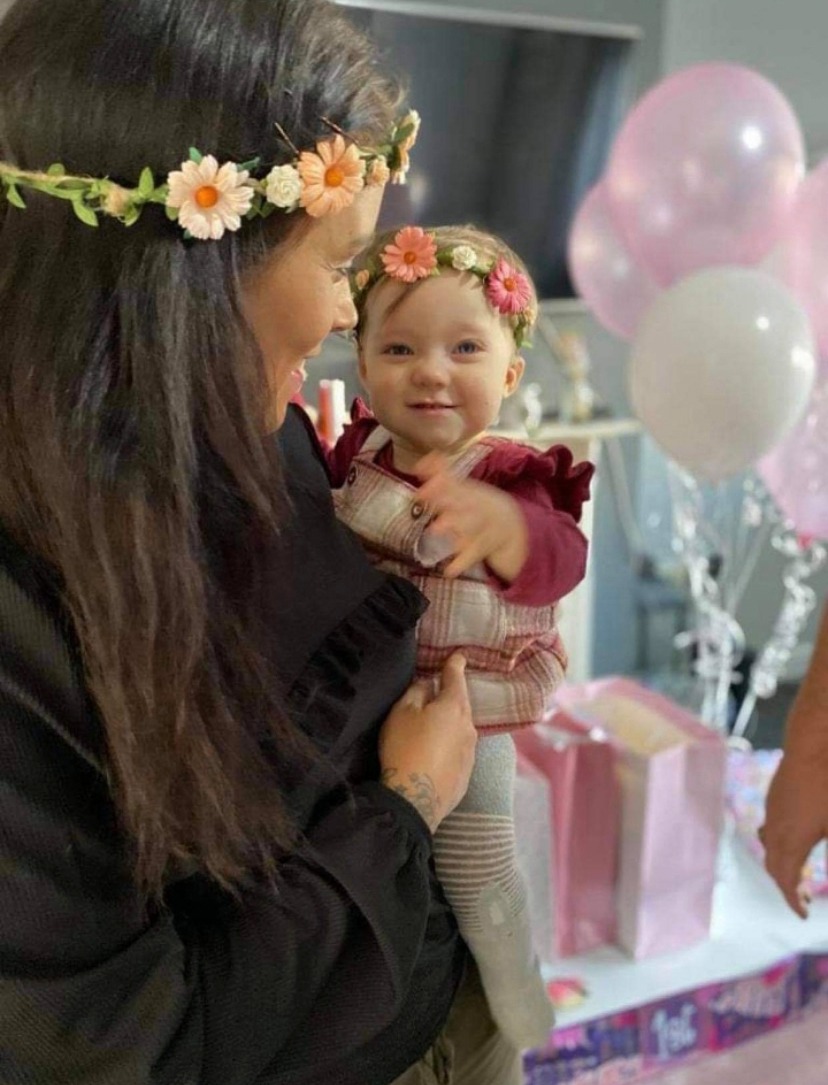 MOTHER-of-six Maria Ramsey, 30, and long-term partner Kirk Sheard, 42, a roadworker from Birmingham, were thrilled when last year they finally got a daughter after five boys.

They named the tot Sharon and saved the name from extinction in 2020 after no babies were called it the previous year. Maria says:

"At 30, I am a mum to six children. There is 11-year-old Keelan, seven-year-old Stanley, four-year-old Vinny, three-year-old Brandon and two-year-old Corey.

"On my sixth child, I finally got my daughter and I just had to call her Sharon, as a tribute to my late mother. 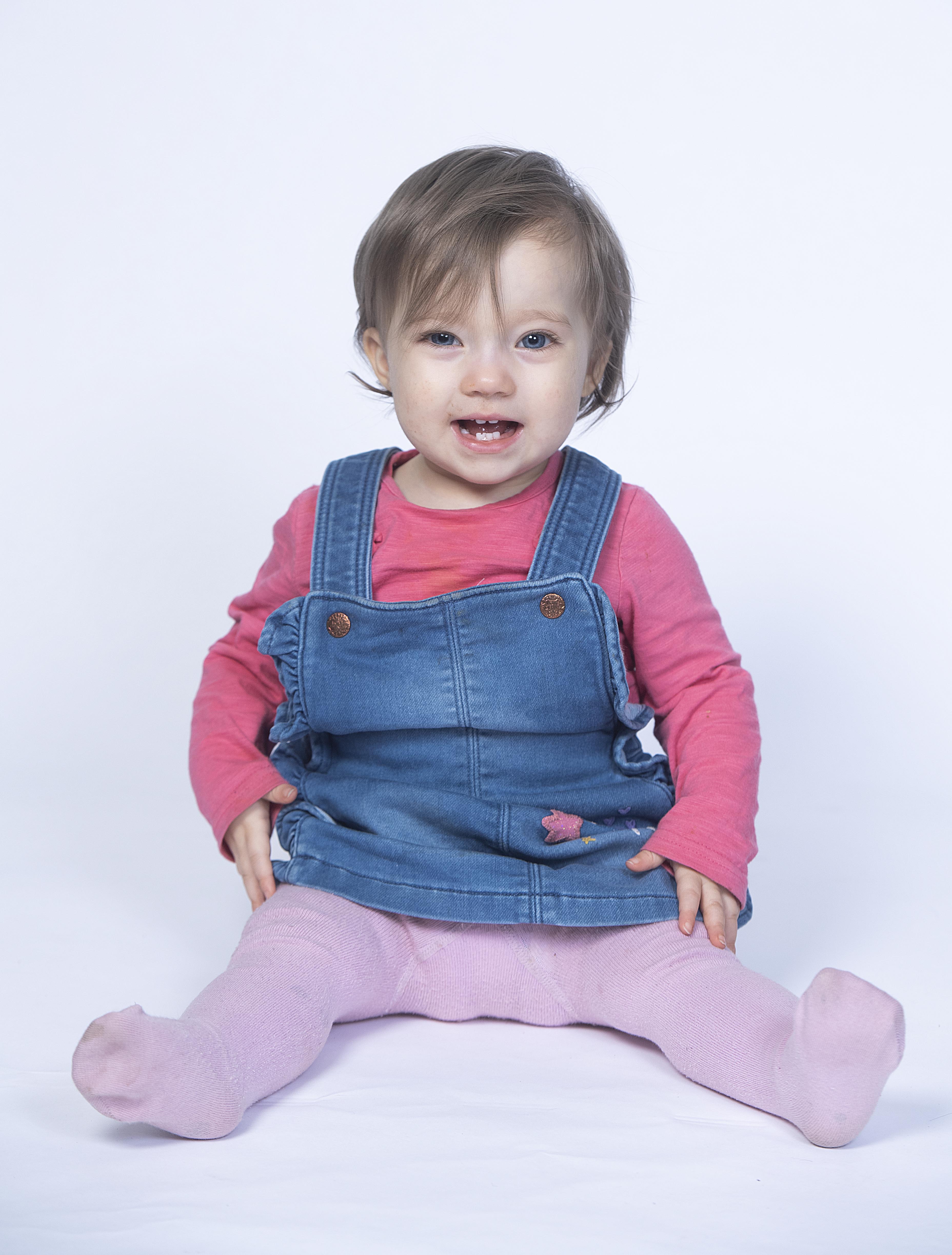 "It’s a beautiful name and it’s a shame it is going extinct. But I love that I am keeping it alive with my daughter.

"My mother died in May 2019, from skin cancer, age 55. Three days before she died, I discovered I was pregnant.

"The name is important to me – a little reminder that my mum is still around. Some people look at me oddly because you never expect to see a baby with this name, just adults.

"It’s almost died out. But it is amazing to keep all names alive, even Sharon – especially as Mum was a guiding light for me."

Jade: ‘I wanted to call her after me and Jadey carries on a tradition started by my mum’ 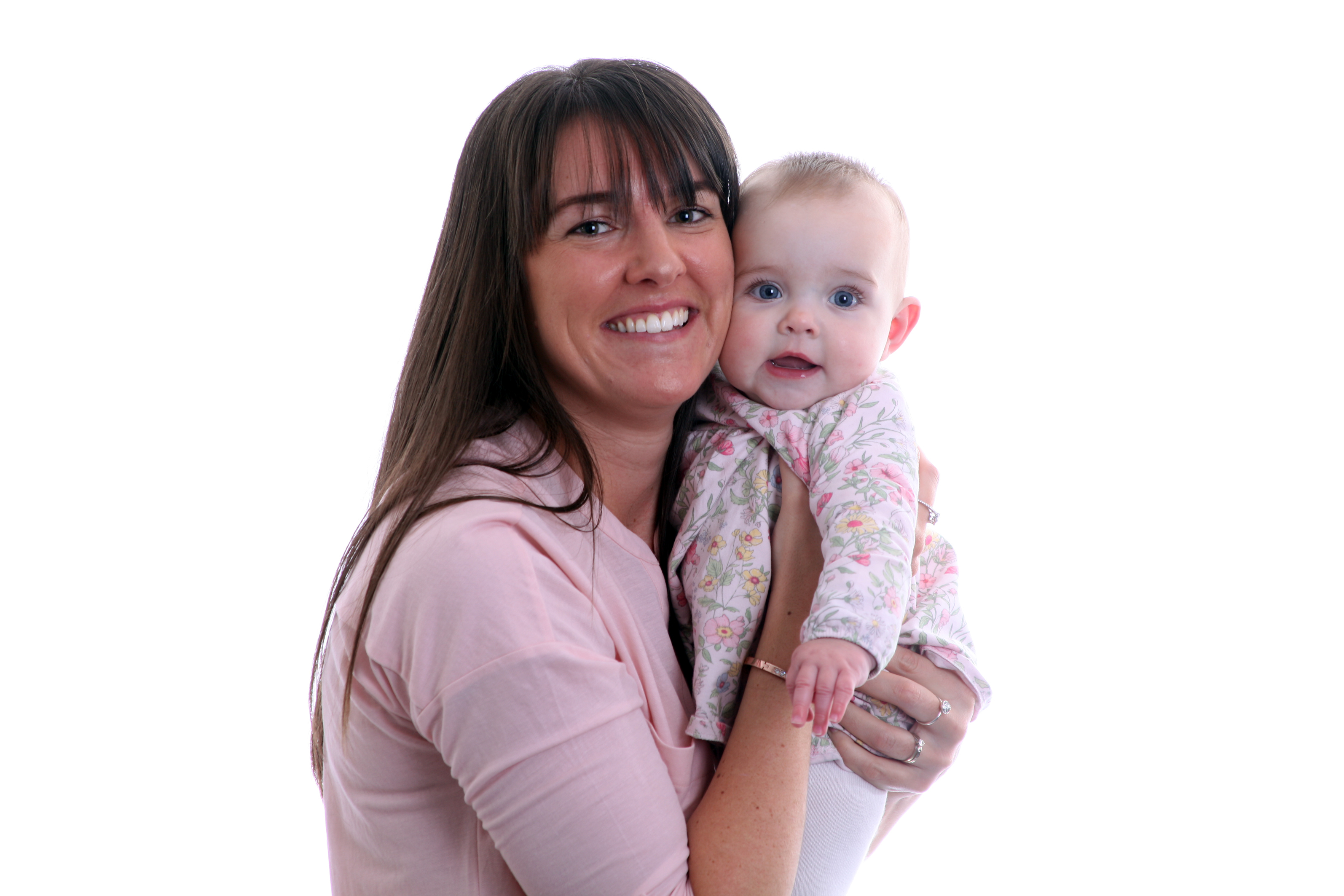 "When my daughter was born in June, weighing 7lb 13oz, it was a dream come true. My husband and I were thrilled.

"My middle name is Jade and when I saw my little girl for the first time I knew I wanted to name her after me. 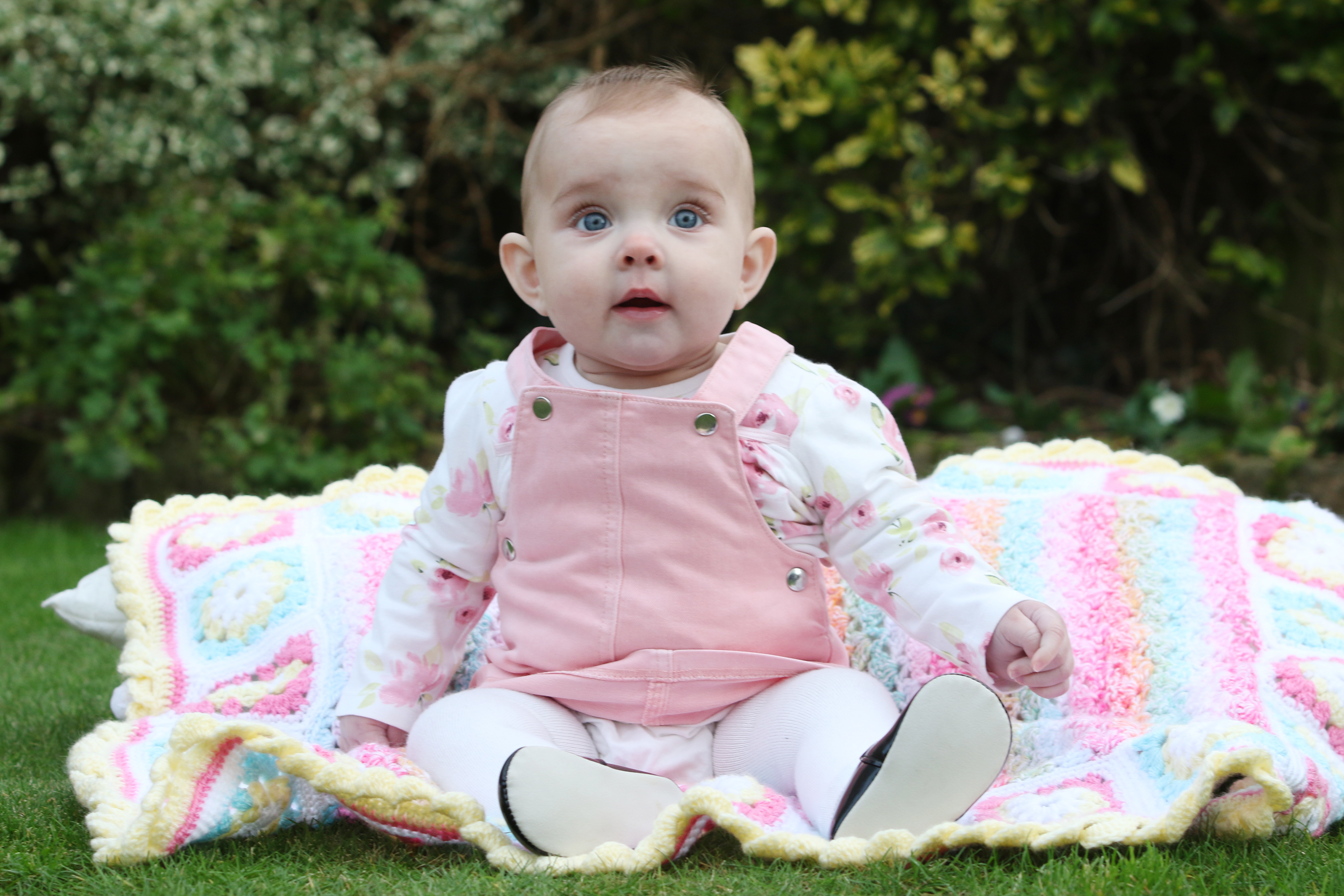 "My little Jadey carries on a tradition started by my mum, who chose Jade as my second name. It will link my daughter and me for ever. I was shocked to learn the name is almost extinct.

"I remember when (the late Big Brother star) Jade Goody was campaigning to raise awareness about cancer.

"Mick Jagger’s daughter is called Jade, too. Many of my friends are called Jade, but I suppose you rarely see children with it now.

"But it means she is different to the rest. I hope folk will return to the more traditional names like Jade."

Lauren: ‘It will be back to being original when she goes to school, no one else will have it’ 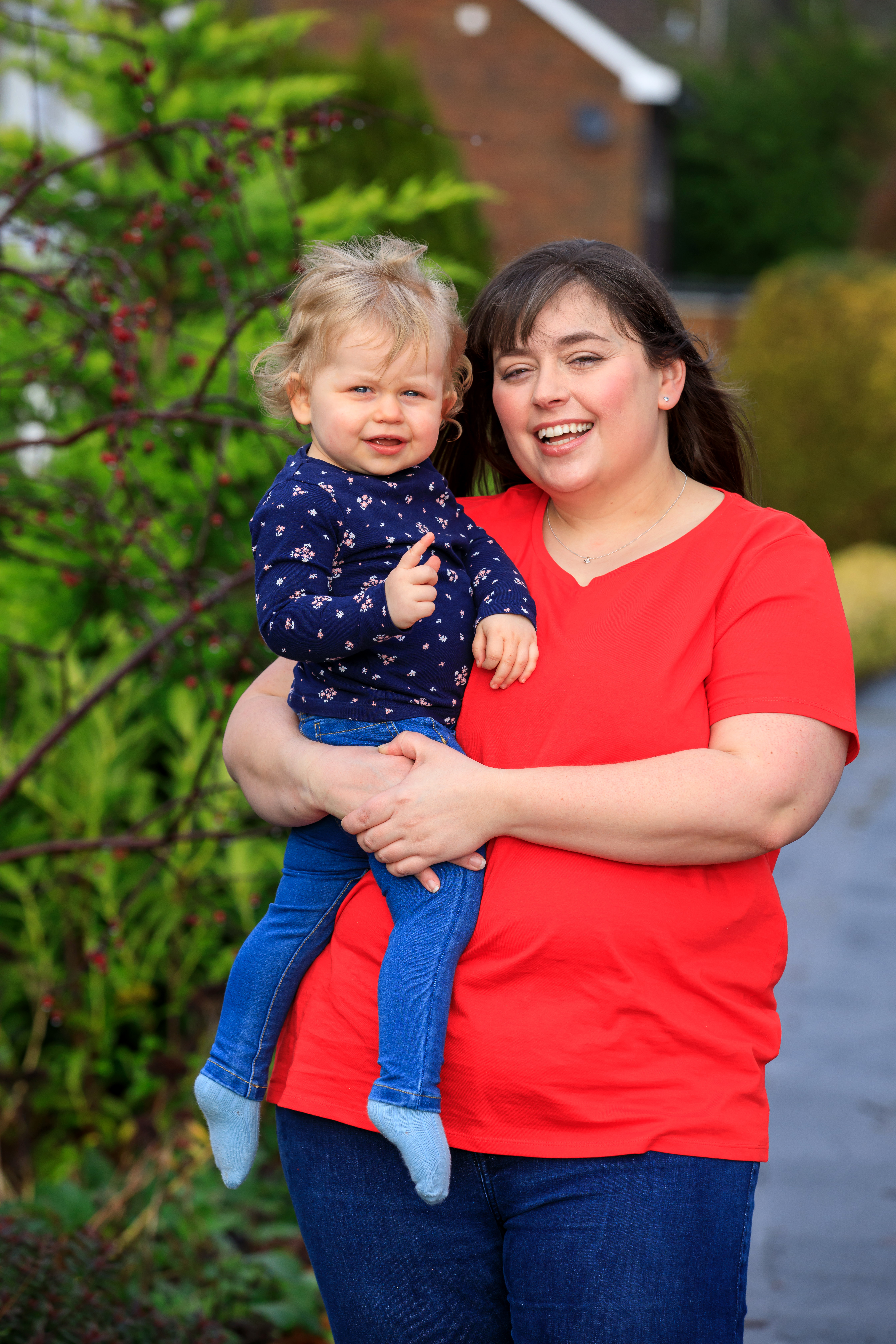 SINGLE mum-of-five Lauren Humphreys, 38, from Burgess Hill, West Sussex, is shocked to learn her name – also the name of her one-year-old daughter – is falling out of favour.

"We’re the two Laurens. It’s a family tradition going back five generations to use the mum’s first name in your daughter’s name.

"And I hope when Lauren is older, she will stop it from becoming extinct by naming her kids the same. 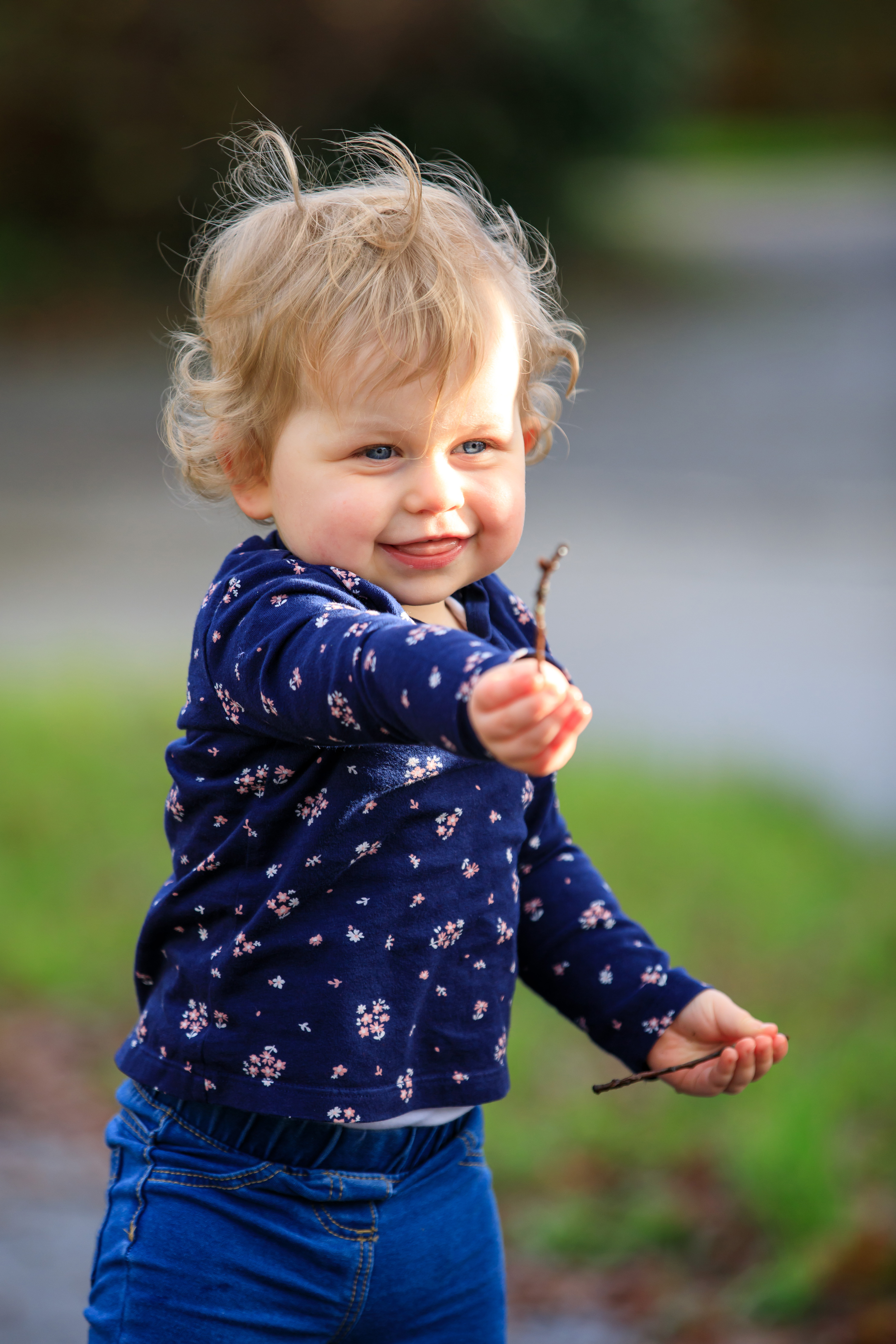 "It was popular in the Twenties and Thirties when actress Lauren Bacall was born.

"My mum named me Lauren because she liked the sound of the name, as it is strong, traditional and very pretty.

"The good thing is, given it’s almost extinct, my girl’s name will be back to being original when she starts school and no one else will have it."