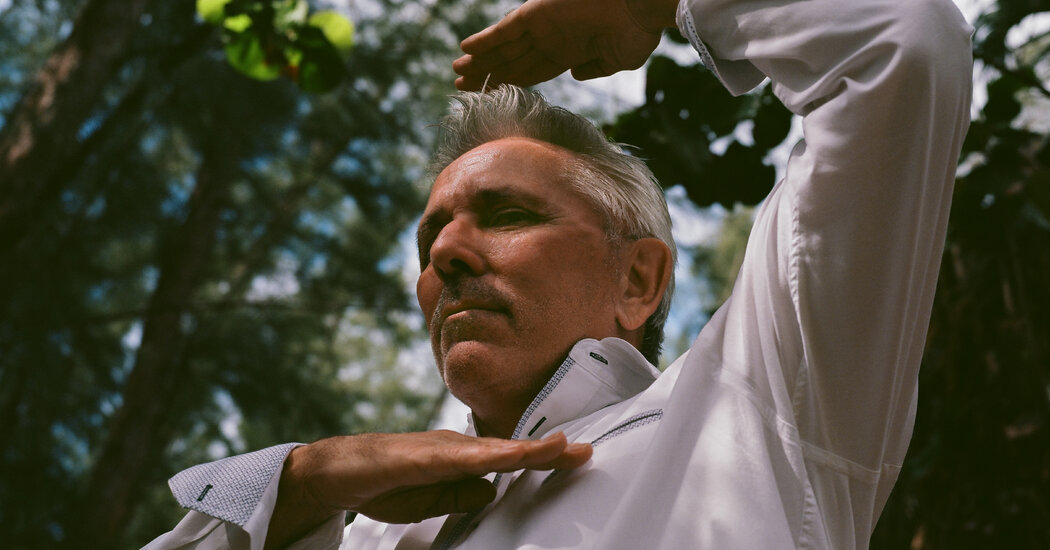 Like many of his contemporaries, Eddie Wunderlich, 36, a personal trainer and hairstylist in Manhattan, spent much of the past year on FaceTime and Zoom and was not quite ready for his close-up.

“Seeing myself on the screen all day, I looked tired,” he said. He was plagued by the visible hollows beneath his eyes and a slackening jawline. “It was exhausting, even looking at myself.”

So he embarked on a series of aesthetic interventions. He started with Botox but soon graduated to fillers for his cheeks and jawline, platelet-rich plasma to promote healing, and Morpheus 8 (a procedure that combines radio frequencies and microneedling) to tighten his skin.

That potpourri of “tweakments,” as such procedures are known, cost about $20,000. “It’s a big chunk, but I see it as an investment,” Mr. Wunderlich said. “As a trainer you don’t want to look tired. But now if I’m tired, my clients can’t tell.”

“I changed my profile,” he added. “I feel perky and rested again.”

The pandemic has led to an intensified interest in plastic surgery, permitting those with time and spare cash to go in for a subtle cosmetic refresh. Many men, in particular, have taken advantage of the protracted lockdown (and time away from the office) to undergo elective procedures.

“One of the biggest growth segments in plastic surgery has been men as a market share,” said Dr. Jacob Steiger, a plastic surgeon in Miami, whose male clients include airline pilots, hedge fund managers and the occasional construction worker. They account for about 25 percent of his clients now, he said, compared with about 10 percent before the pandemic.

Amy Shecter, the chief executive of EverBody, a cosmetic dermatology practice in Manhattan where Mr. Wunderlich went, has experienced a similar uptick. “We have seen a notable increase in male and male-identifying consumers,” Ms. Shecter said, adding that their average age is 37.

Some millennial men are quick to indulge in intensive self-scrutiny.

“I look at myself on my screen and think, ‘Oh, I wish I could change this or that,’” said Moti Ankari, 29, a social media influencer who specializes in men’s style and grooming. “I post photos of myself on Instagram and I’m most critical of myself. But after that, I care what other people think.”

Mr. Ankari has undergone 15 sessions with an Em-Sculpt, a device that uses electromagnetic energy to trigger intense muscle contractions, which promises to improve abdominal tone, and plans to start Botox treatments in another year. “Especially as summer approaches, we all want to work out and eat clean, but some of us are taking shortcuts,” he said.

Tim Cush, 31, a public relations executive whose clients include EverBody, started Botox sessions when he was 28 and is not averse to more invasive procedures. “My wrinkles are almost entirely smoothed out,” said Mr. Cush, who spends $1,000 to $2,000 a year for quarterly treatments.

“A facial refresh is becoming a regular part of our wellness routines,” he said. “And as I get older I will have no qualms about exploring any category.”

Older men, too, are studying their faces more closely.

“I would get these Zoom calls from people, and they’d look like they were shot through mayonnaise,” said Ed Burstell, a retail consultant in New York, who gave his age as “between 50 and death.” He makes regular visits to his dermatologist for laser treatments to remove sunspots, add fillers for his cheeks, and Botox for his forehead. “If you’re meeting new clients for the first time on Zoom, you don’t want to look like the wreck of the Hesperus.”

His peers seem to feel the same way. At the New York Dermatology Group, where he goes for treatments, “it used to be rare to see another guy in the waiting room,” Mr. Burstell said. “Now that waiting room is full of men.”

Social media marketing may be contributing to the perceptible fading of what once was a taboo. “There is a virality to this business,” said Ms. Shecter of EverBody, who works with influencers including Mr. Ankari. “When they post, we see an almost immediate reaction from men showing us those influencer images and booking with us.”

Dr. Kevin Sadati, a plastic surgeon in Los Angeles who specializes in face-lifts, posts videos on his YouTube and Instagram channels of men being injected with fillers, having liposuction and getting chin implants. “People get comfortable seeing me behind the scenes interviewing younger men,” he said. “You can draw followers who would cross the continent to see you.” 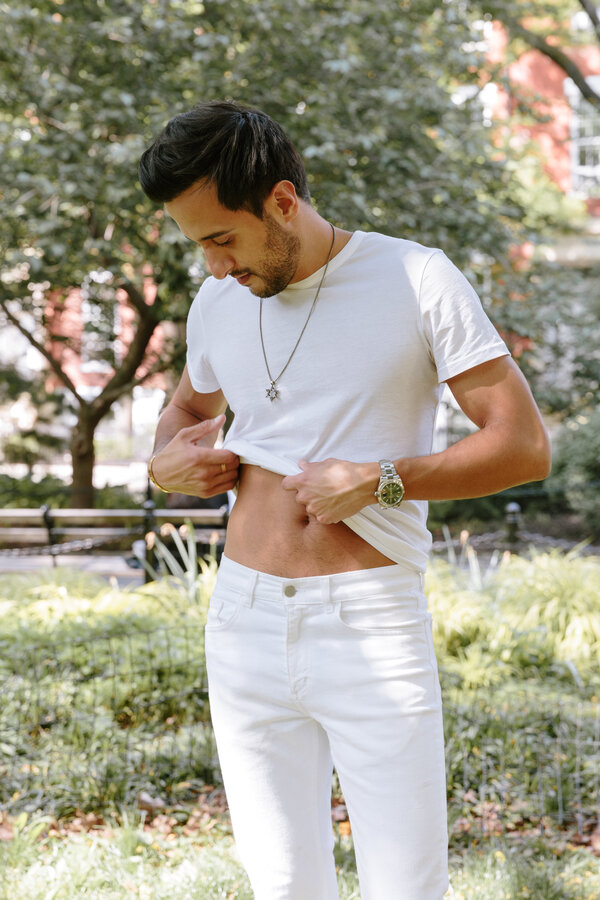 TikTok has also emerged as a platform for plastic surgeons to promote Botox, buttock lifts and breast reduction for men.

Earlier this month, Dr. Douglas S. Steinbrech, a plastic surgeon in Manhattan, posted a TikTok video demonstrating a “10-minute male model makeover” on a young man who had his jawline and cheekbones enhanced and the tip of his nose raised with fillers.

The American Society of Plastic Surgeons, too, is seeking to take the sting and stigma out of surgery for men, and released a short video in March promoting eyelid surgery, liposuction and other “male tweakments.” “Most men who come to see me, they are already fit, but they just have one little stubborn area,” Dr. Karen Horton says in the video. “And so liposuction is really the go-to.”

While women have long resorted to surgery to lift drooping eyelids and enhance their cheekbones, men usually ask for a more conventionally masculine look. “Men don’t care about having big cheeks,” Dr. Sadati said. “More often they want a tight and smooth neck, or a more pronounced and sharper jawline.”

And men who have upper-eyelid surgery tend to steer clear of the wide-eyed “Bambi look” seen on many female patients. As for Botox, men aim to look natural and refreshed, but not frozen. Subtlety is the goal.

“I was in construction utilities and worked with a lot of laborers, and I didn’t want them to know I’m doing this stuff,” said Bill Reardon, 62, a semiretired manager for a natural gas company who lives in Tampa, Fla. He has since become more vocal about his use of Botox, muscle relaxers and fillers.

“Friends would look at me and say, ‘Something is different. What are you doing, working out?’” he said. His female pals knew better. “So I told them what I’d done. And I started telling their husbands and their boyfriends.”

Such candor, he knows, tends to be generational. “Younger people like my son — he’s 27 and has had Botox as a preventive — talk about it all the time,” he said. But some of Mr. Reardon’s contemporaries remain uneasy, fretting that they will come out of surgery looking like Ken dolls.

Jude Endres, 62, for one, is not worried. “I’m not the guy who’s going to be turning into plastic man,” he said.

A semiretired importer who lives in Miami, he did not like the way his neck had started to sag. “I had an extreme turkey neck,” Mr. Endres said. “It was to the point where I put my hand on my chin just to hide it and talk to people. It became a habit. It was messing with my psyche.”

Earlier this year, he went to Dr. Steiger for a neck and lower face-lift. He likes the results. “Now I can open my arms and talk to people,” he said. “It’s changed my life.”

As he sees it, there was nothing extraordinary about the procedure. “If you had a big old hairy mole on your nose, you’d get it removed in a heartbeat,” he said. “What’s the difference between that and a neck problem?”