A DAD broke down in tears after reading his young son’s letter to Santa, and realising what he really wanted for Christmas this year.

While most kids ask for the latest toys and tech, one lad, called Jonah, simply wanted to spend more time with his father. 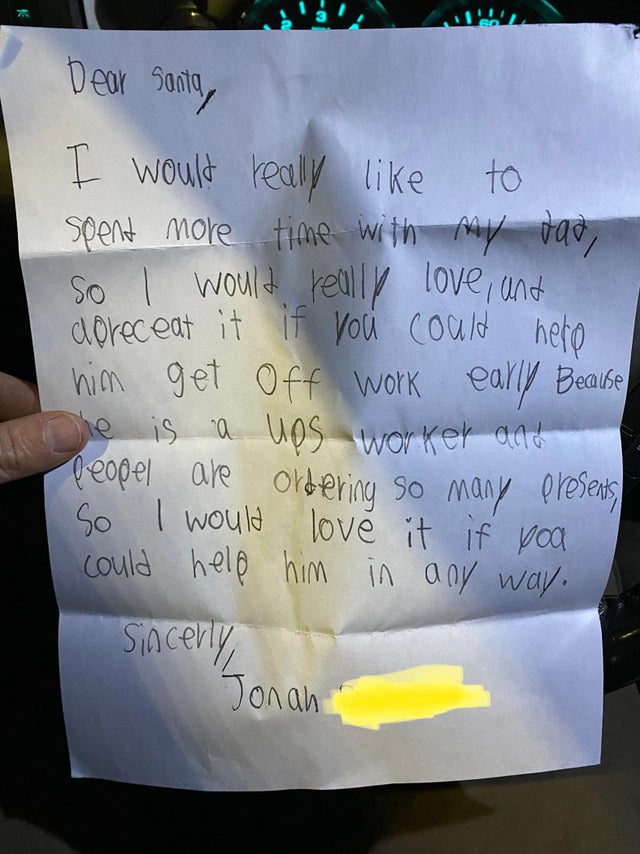 He revealed his dad works for UPS, and had been working a lot of hours as people ordered tonnes of gifts in the run-up to December 25.

Jonah wrote a letter to Santa asking him to help his dad out with deliveries, so he could be home for Christmas.

After reading the heart-breaking note, the dad admitted he broke down in tears, and realised he needed to spend more time at home.

He shared the touching letter to Reddit, saying: “I’m a UPS driver and I cried when I opened up our son’s letter to Santa. 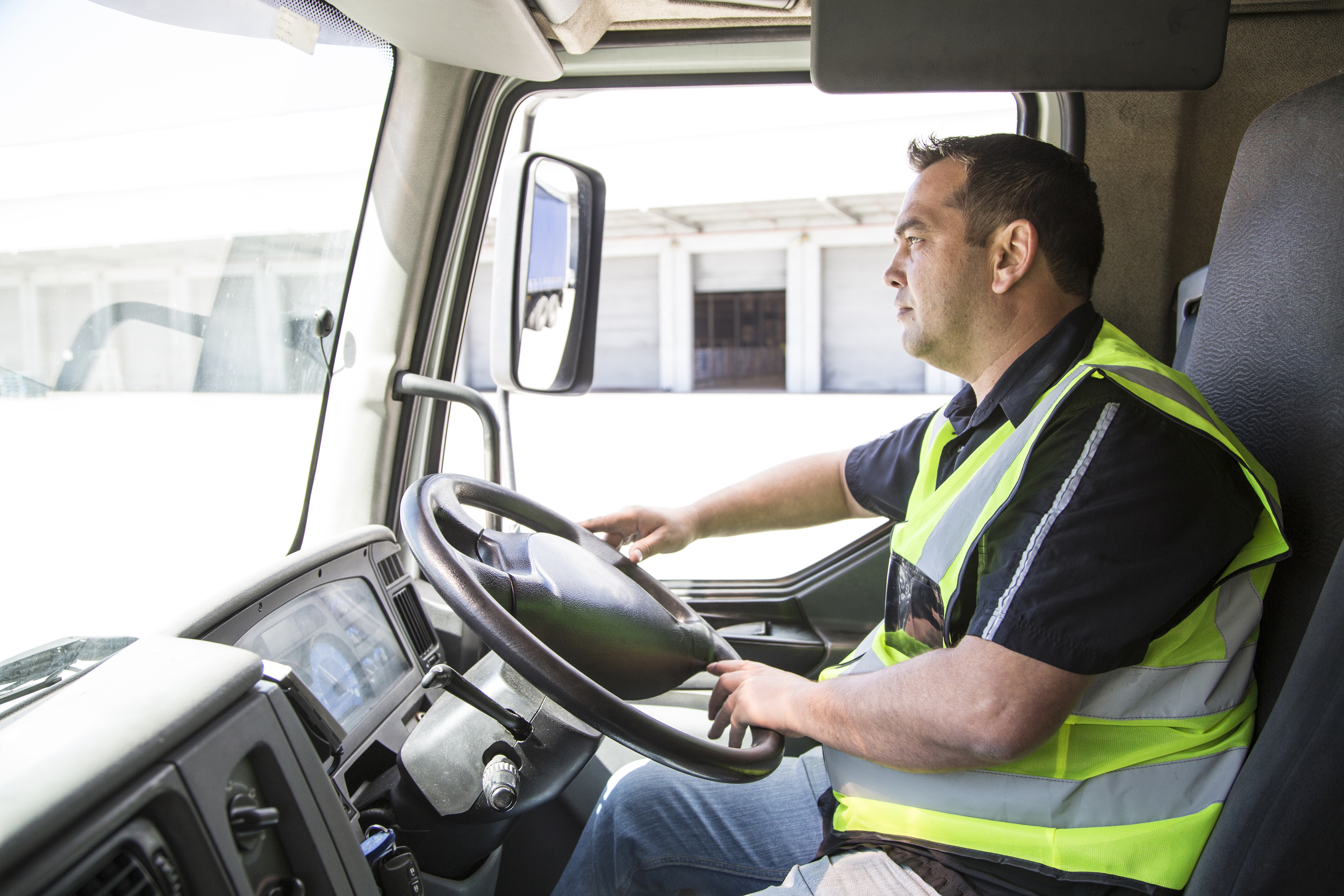 “This letter really opened up my eyes on some things.”

Jonah’s letter says: “Dear Santa, I would really like to spend more time with my dad, so I would really appreciate it if you could get him off work early.

“Because he is a UPS worker and people are ordering so many presents, so I could love it if you could help him in any way.”

The touching letter has racked up more than 2,000 comments, as people sympathised with the dad’s position.

One fellow dad wrote: “I can only imagine how that feels. Used to be a ups truck driver assistant you guys work hard long hours. Keep your head up king.”

Another said: “As a warehouse worker I'm with you. 6 day weeks since March, I cry once I'm home and finally hold my kids. Teamster for life.”

A third commented: “If you ever needed a sign that you need to spend more time with your kid, this is it.”

This person wrote: “Would it help your chances of getting some time off to show that to your boss? Absolutely precious.”

Someone else pointed out: “Oh God…very cute, but heartbreaking. I was out riding around today and saw an amazon van on nearly every street. One street had two.”

While this person suggested: “Hang that in your work place break room if you have one.”

Plus an eight-year-old girl’s VERY detailed Christmas list goes viral after she asks Santa for 16 pairs of pants.

While this ex-retail worker reveals how to make fake trees look ‘bigger and fuller’ in an instant.

And savvy parents swear by the Christmas ‘four-gift rule’ which saves them time AND money.