A CHEF has been amazing foodies with his “rosette” omelette recipes – and he shows you how you can do the same at home. 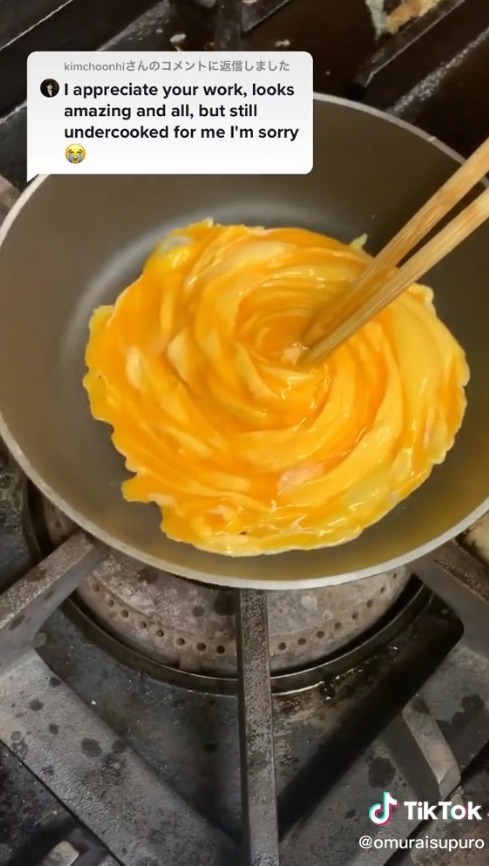 They begin by beating the eggs together before dropping them into a hot frying pan.

Once the eggs begin to set on the bottom but still liquid on the top, the Japanese chef then takes a pair of chopsticks and puts them in the centre of the mixture.

They then begin ‘twisting’ the mixture until a rosette shape is formed.

The dish of ‘omurice’ is complete as the chef places it over the top of a portion of rice. 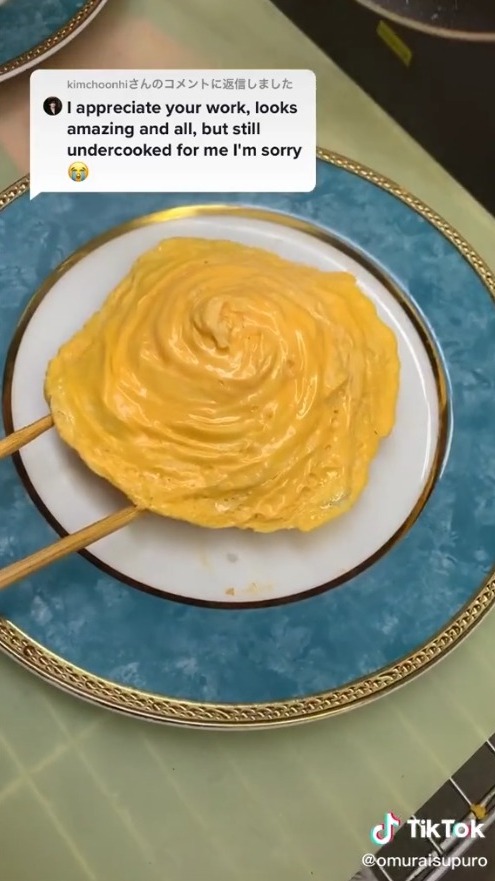 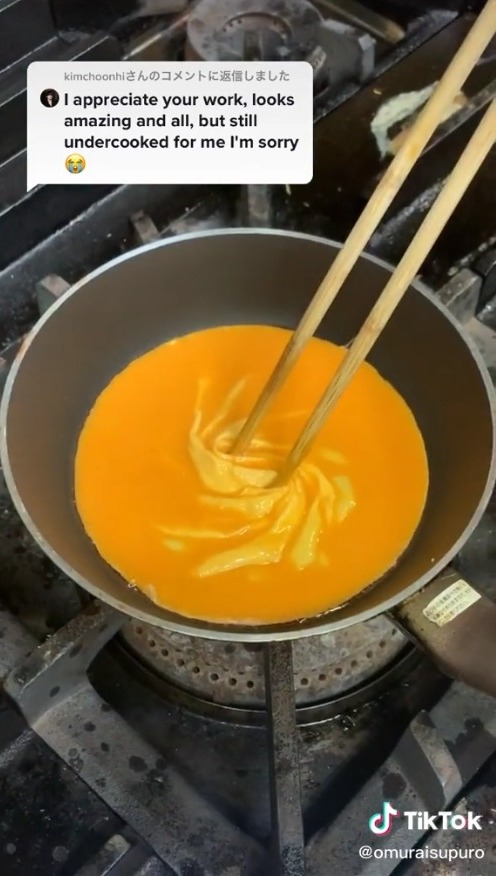 They posted the clip in response to an initial video where people complained that the egg looked "undercooked."

But the Japanese chef explained that raw eggs are safe to eat in Japan before sharing the updated version with the egg cooked until firm.

The video has since gone viral, amassing more than 300,000 likes and thousands of comments from impressed foodies.

One wrote: “What kind of culinary magic did I just witness?”

“This next Sunday’s breakfast about to be lit!!” added another, while a third wrote, “Whaaat this is God level.”

In other food news, cauliflower cheese on toast is the hot new dish social media is going wild for.

And this McDonald's worker shared a sneak peek at how burgers are made so fast.