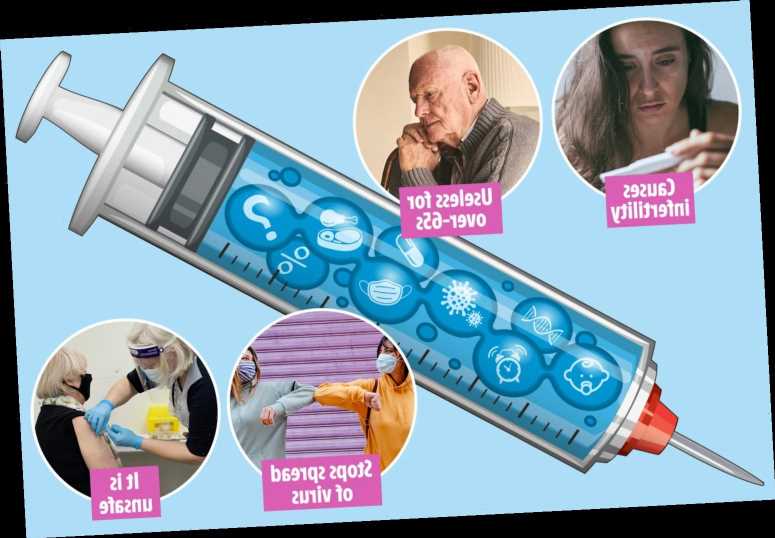 VACCINES have offered a beacon of hope in the darkest days of the Covid pandemic.

This time last year, as the crisis began to unfold, they felt like a distant dream. 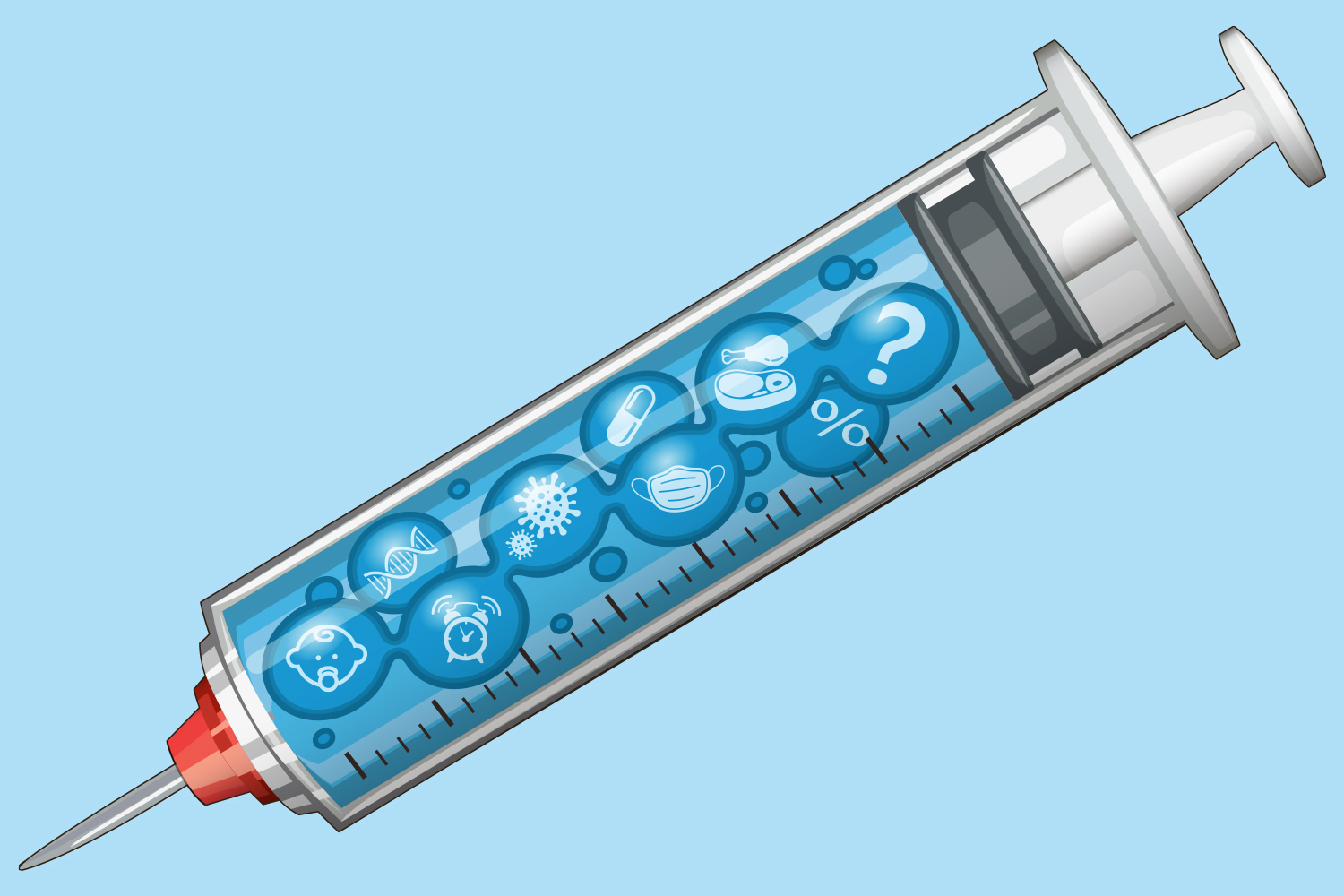 Yet just months later, the Pfizer–BioNTech, Oxford–AstraZeneca and then the Moderna jabs got the green light for use in the UK.

And in a matter of weeks, the NHS — with the help of local government, Armed Forces and The Sun’s Jabs Army of volunteers — has vaccinated more than 10million of us.

Health Secretary Matt Hancock told The Sun: “This is a monumental milestone and means more than 10million people — almost one in five adults — are starting to receive protection from this awful disease.

“That’s millions of the most vulnerable people, including grandparents, elderly care-home residents and frontline health and care workers, whose lives may have been saved.

“It’s an incredible achievement. I hope it offers fresh hope to everybody that the future is bright and we have a way out of this pandemic.”

But while the hard work to create the jabs is done, the Government is now facing the challenge of tackling vaccine hesitancy fuelled by misinformation that is spreading on social media.

So as the world tries to find the quickest way out of the pandemic to ease lockdown measures, separating fact from fiction is more important than ever.

Today, leading scientists help Fab Daily bust some of the worrying myths to help reassure you that the jabs are safe.

One common myth is that Covid jabs could hamper a woman’s chances of having a baby.

Incorrect posts online that blame ingredients in the vaccines have racked up millions of shares. 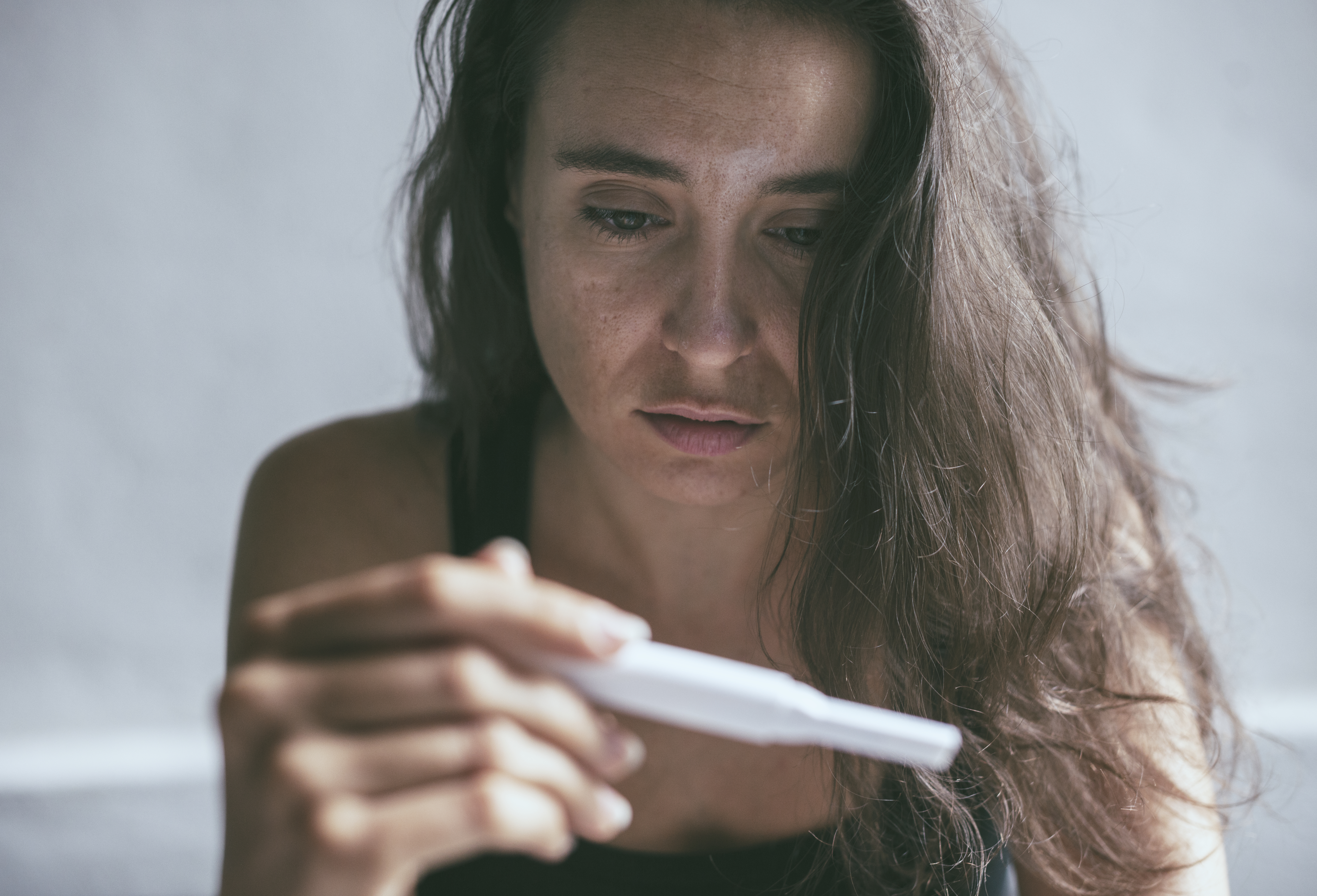 But Dr Andrew Preston, from the Department of Biology and Biochemistry at the University of Bath, tells Fab Daily there is “no possible way” a vaccine could interfere with the reproductive system.

He says: “It’s like saying, ‘I heard if you have the jab your head will explode’ – there is just no basis to it. We know about immune responses.

“We know there is just nothing in it that remotely links it to damage to the reproductive system.”

Dr Edward Morris, president of the Royal College of Obstetricians and Gynaecologists, agrees.

He says there is “no biologically plausible mechanism by which current vaccines would cause any impact on fertility”, adding that there is no data at all to support the claim.

Myth#2 NOT NEEDED IF YOU’VE HAD VIRUS

If you have recovered from Covid you will have some level of immunity, with one new study suggesting it could last up to six months.

However, the current recommendation is for everybody to have the vaccine, even if they have previously been infected with the virus. 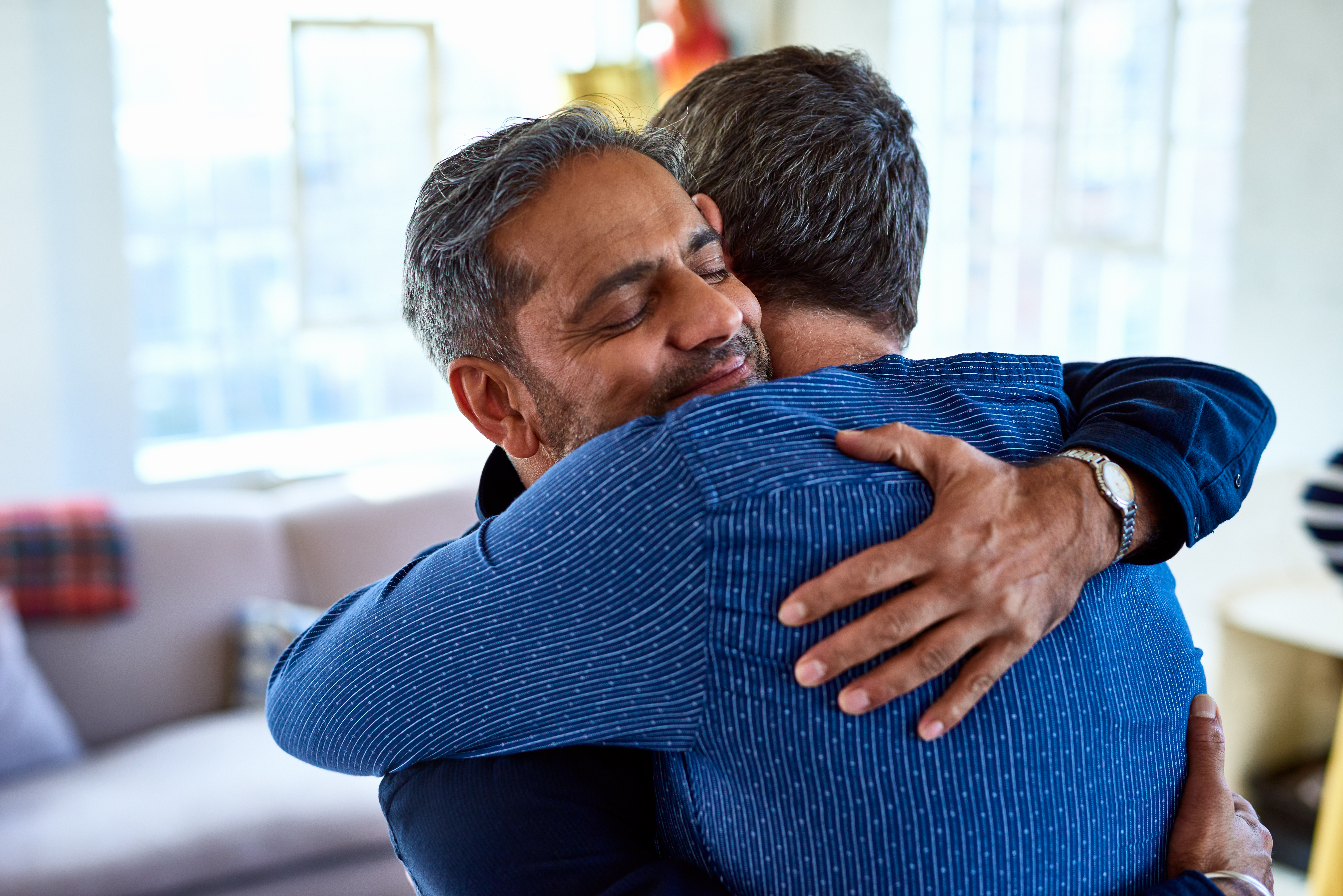 Prof Young says: “It is possible that even if you’ve already had coronavirus, you could get it again.

“So the vaccine will reduce the risk of getting sick again.

“And it may even further boost your immunity, giving a more long-lived protective response.”

The conclusive answer about whether Covid vaccines can stop transmission of the virus is still uncertain.

Clinical trials showed the vaccines are effective at preventing severe illness, the need to go into hospital – and death. 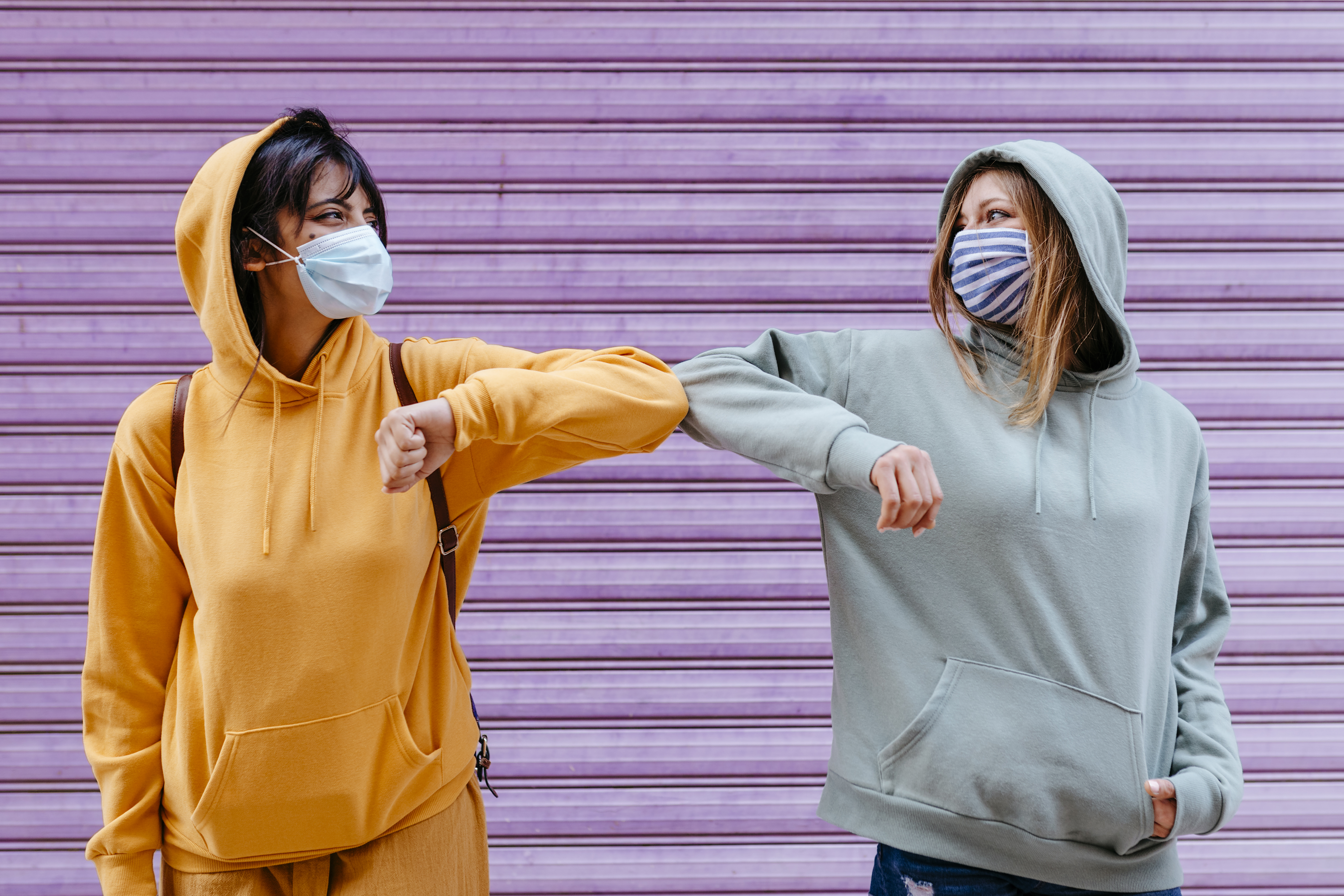 Until more people are vaccinated, it is unclear if they stop transmission, but the early signs are promising.

Scientists at Oxford University found there was a 67 per cent drop in positive swab tests in those who had their jab. It indicates the jab stops you testing positive, so suggests it can stop you passing it on.

But until there is more evidence, Dr Ferguson says it is important to assume you could still carry the virus.

He says: “After a vaccine, if you are infected you won’t get very sick but might still carry the virus.

“It is very likely that the risk of passing it to someone else will be reduced after vaccination, but this has not been proven yet.

“Hence it’s better to still be considerate to others until we know for sure.”

Myth#4 IT WAS RUSHED SO IS UNSAFE

It is true that while vaccines usually take ten years to develop, scientists have created Covid jabs in just ten months.

But the last year has been anything but normal. Never before has almost every scientist across the world been focused on the same issue. 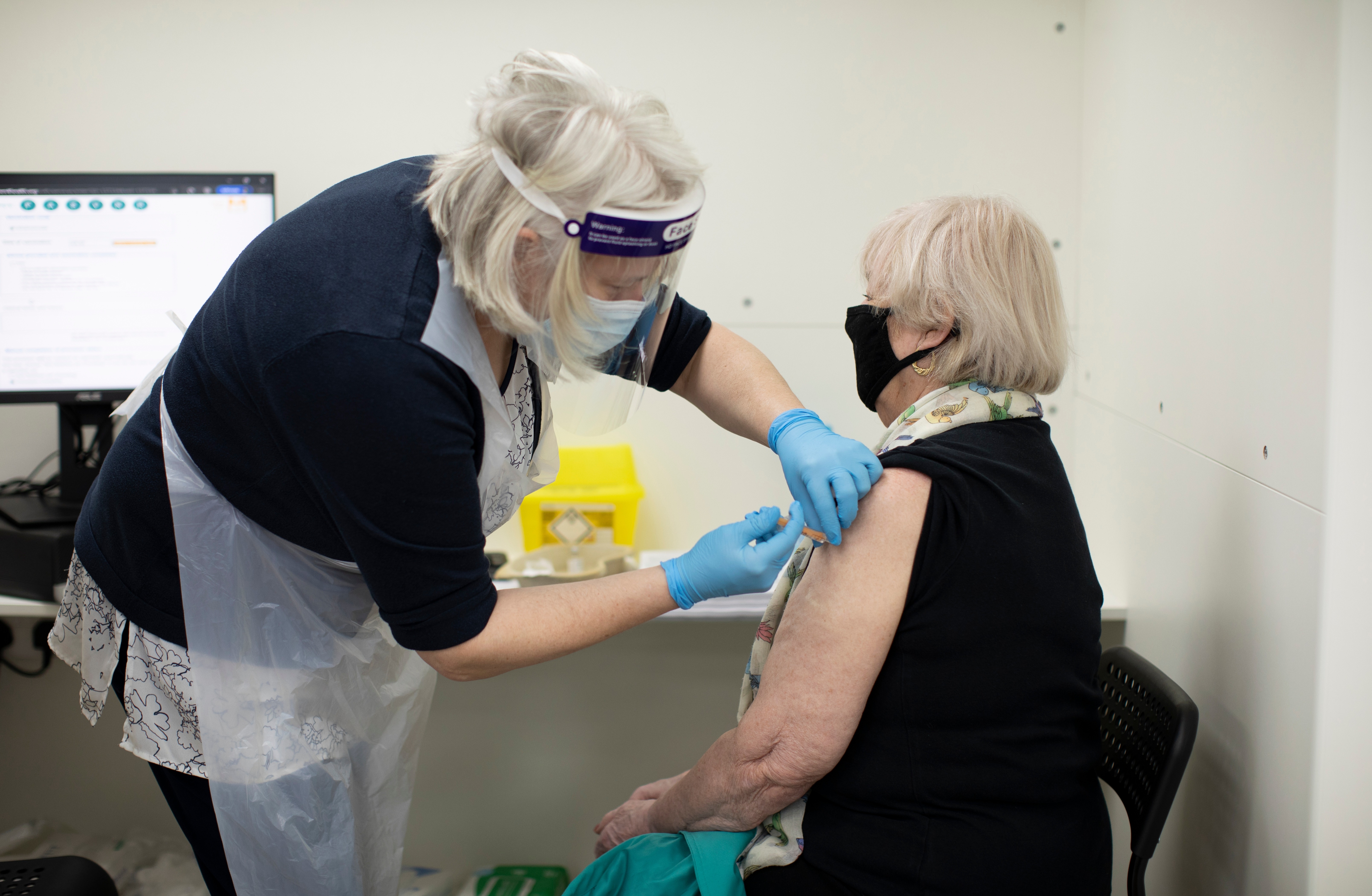 Add to that the fact that while Covid jabs are new, the vaccine technologies have been used for decades and only had to be tweaked to work against coronavirus.

And it is clear  much of the groundwork had already been done.

That initial work, combined with global collaboration and upfront funding, helped speed up the process.

Dr Brian Ferguson, an expert in viruses and vaccine development at the University of Cambridge, tells Fab Daily: “These Covid vaccines were all developed quickly but safely.

“All the normal safety checks were done in the same way as for all other medicines.

“In fact, the vaccines have proven to be extremely safe as well as being very effective.”

All vaccines and drugs go through rigorous clinical trials involving thousands of people before the Medicines and Healthcare products Regulatory Agency (MHRA) independently assesses the data.

The MHRA began that process months ago, performing a rolling review as trials progressed, allowing it to make decisions soon after the results were published.

There are currently three jabs approved for use in the UK – the Pfizer, Oxford/AZ and Moderna vaccines.

While the first two are already being rolled out, we will not have doses of the Moderna jab until the spring. 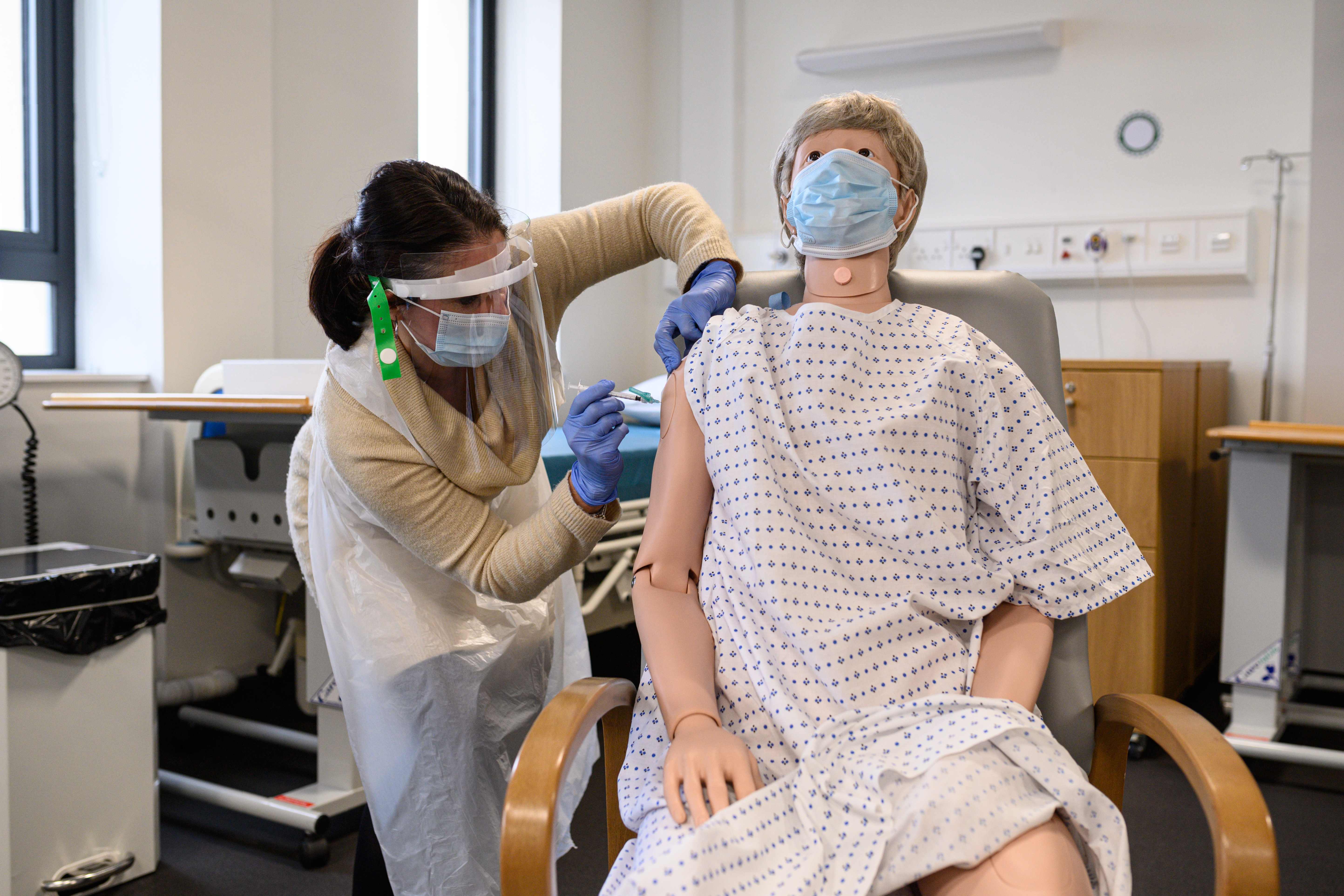 Meanwhile, two more – developed by Novavax and Johnson & Johnson Janssen – are likely to be approved next, but not until “midway through next year”, virologist Dr Chris Smith from Cambridge University predicts.

While the reality is that some people are unlikely to have a choice over which vaccine is given to them, experts say that you should not delay getting vaccinated because you would like to pick a specific make.

Prof Hunter says: “If you are vulnerable and decide to wait a few months then that is a few months longer during which you could catch the infection and need hospitalisation, ventilation and possibly die.

“All of the vaccines seem really good at stopping us getting very sick.”

The authorities in Germany, France, Sweden and Switzerland have not approved the Oxford vaccine for use in over-65s, raising fears that it is not effective in the elderly.

But scientists and the UK Government have reassured the public that trials have shown the vaccine provokes a strong immune response in this age group. 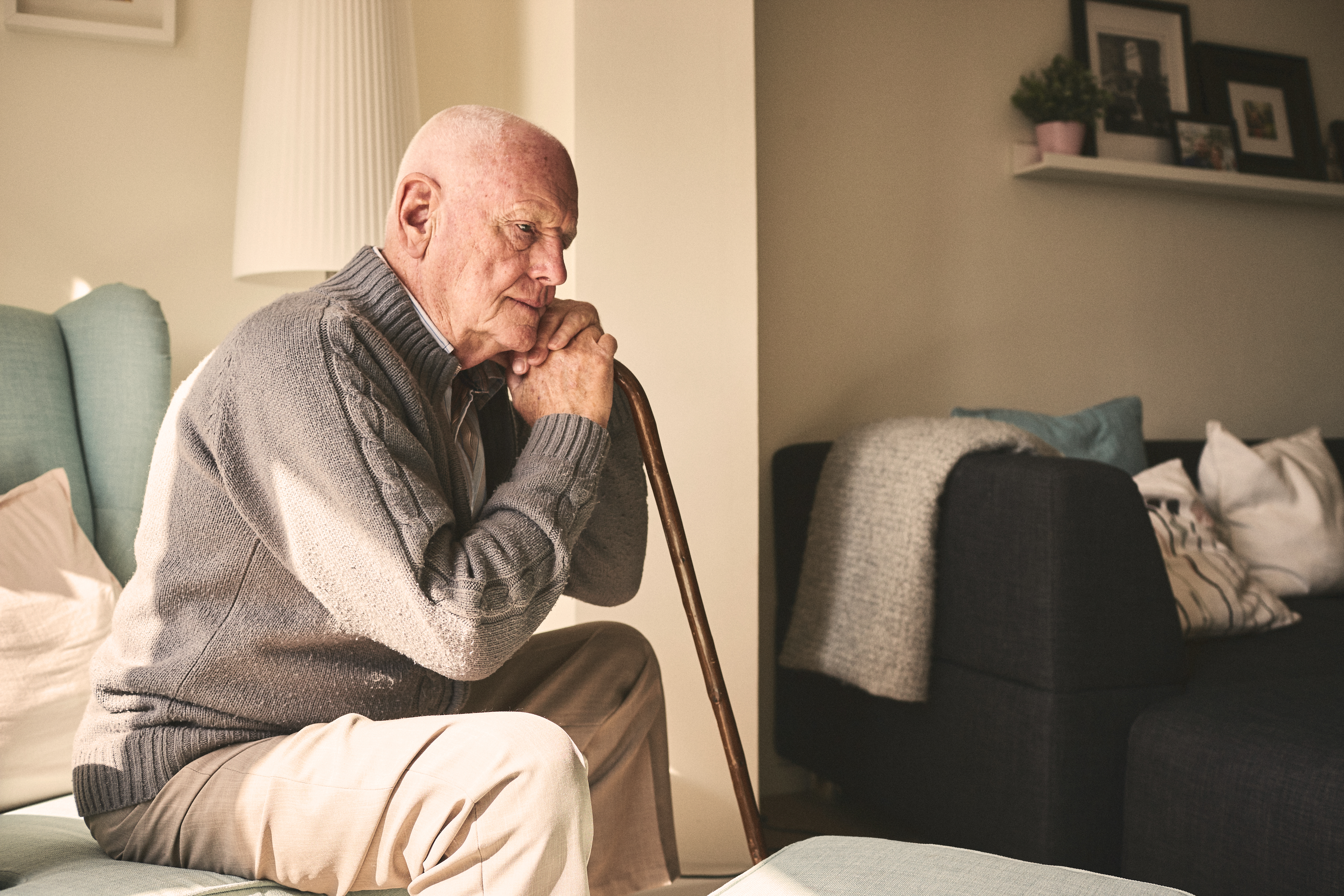 Dr Simon Clarke, associate professor of cellular microbiology at Reading University, says the refusal of these countries to give the vaccine to the elderly “is not evidence it doesn’t work”. He adds: “We know that the Oxford/AZ jab provides protection.

“But because the trials only recruited a few hundred over-65s, the data is not clear enough to say for sure how effective it is.”

Prof Paul Hunter, from the Norwich School of Medicine, University of East Anglia, adds: “The balance of evidence does support the continued use of the Oxford/AZ vaccine and people in the older age groups should feel confident about having whatever jab they are offered.

“I will take any of them when it is my turn.”

The Pfizer and Moderna jabs are a new generation of vaccines known as mRNA vaccines.

RNA is closely related to DNA and is present in every living cell – telling them which proteins to produce. 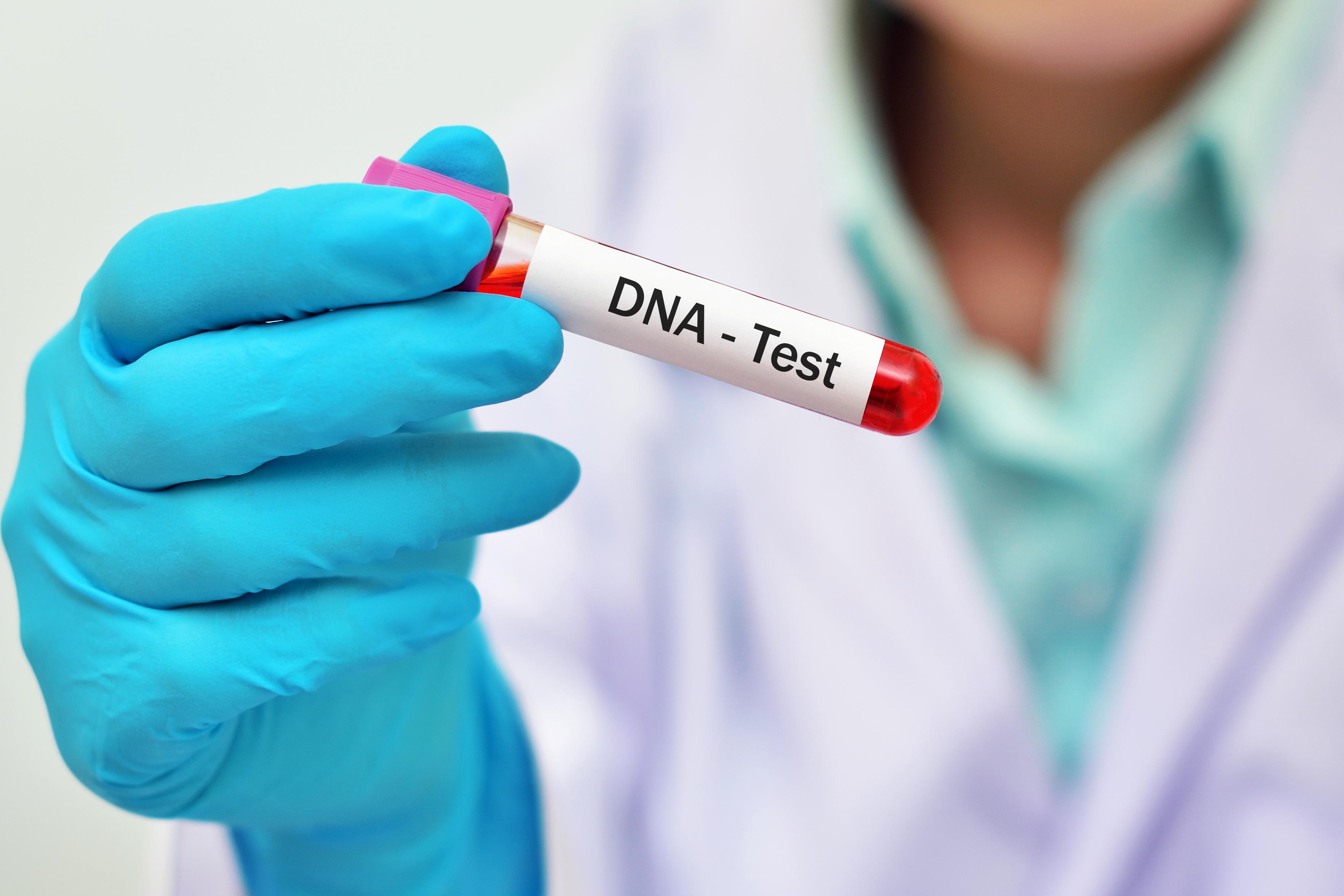 To produce an RNA vaccine, scientists insert a synthetic version of the virus’s RNA.

When injected, the body’s cells make the relevant protein – in this case the spike protein.

The body then mounts an immune response and produces antibodies to fight off the virus.

Dr Preston says the idea that these jabs can change a person’s DNA are untrue.

He says: “The vaccines simply introduce an extra protein that the body responds to.

“That’s very different from altering the instructions, or interfering with your blueprint or DNA.

“It’s not even a maybe [that vaccines alter DNA]. The vaccines are completely devoid of the function to integrate into our DNA and that is deliberate.”

There were reports of two people suffering allergic reactions to the Pfizer jab, in the first few days of it being rolled out. They had underlying allergies, and carried EpiPens. 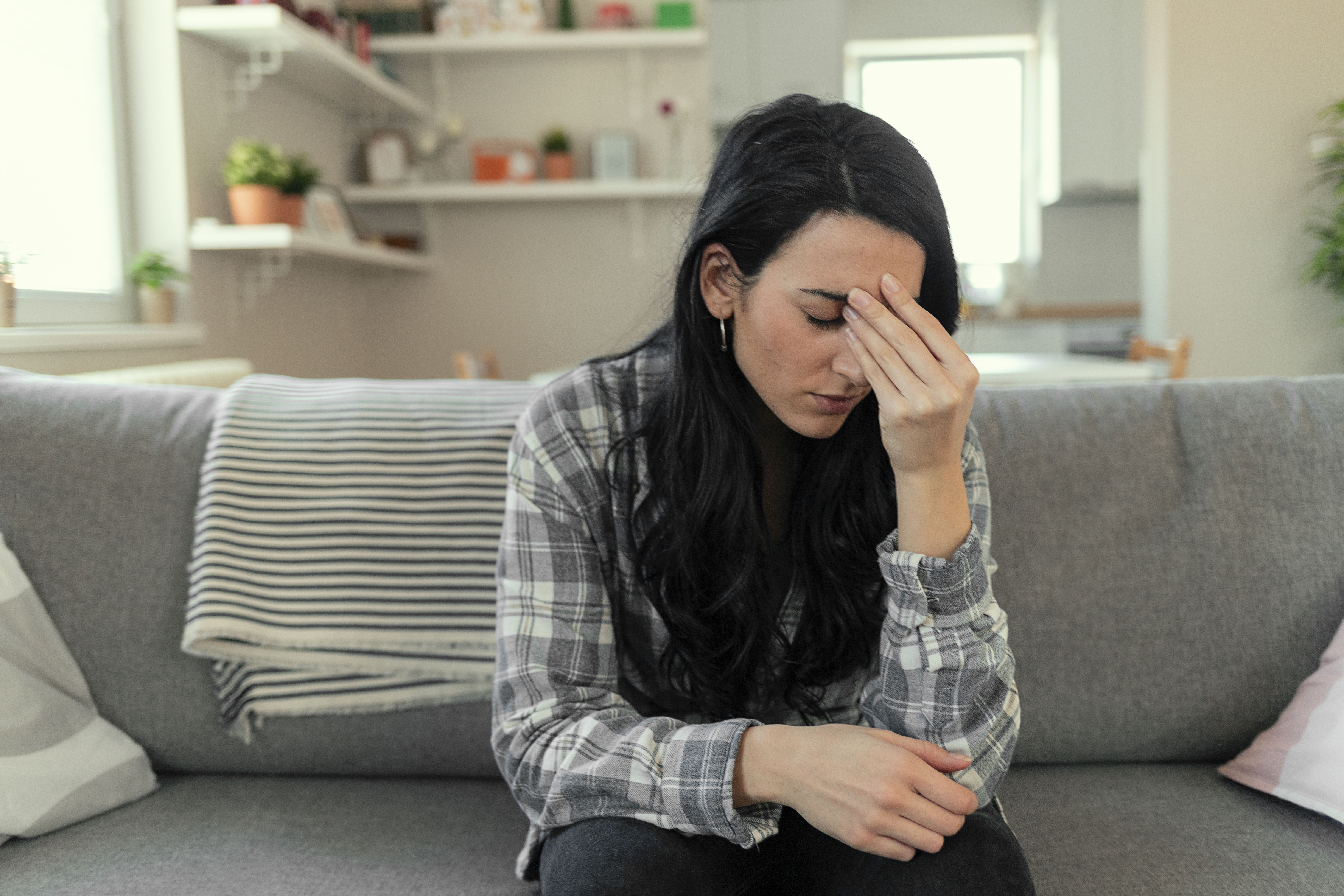 Last week, the first safety report into jabs carried out by  regulators the MHRA found the vaccines are “extremely safe”.

It found 22,820 reports of side effects after seven million jabs had been given.

The MHRA said it had seen a rate of three suspected side-effects for every 1,000 doses –  similar to those for the flu jab.

Dr Ferguson says: “Normal, mild effects of vaccination are common, including redness, swelling or pain around the injection site.

“Some people get a headache, but these mild side-effects are very similar to other vaccines.

“The risk of getting a more severe side-effect from a Covid-19 vaccine is less than one in 100,000 (so not zero, but very low).  This compares to a one in 100 chance of death from catching Covid-19, depending how old you are.

“So, the benefits of vaccination massively outweigh the risks from the virus.”

That is because they do not contain any live virus, and so the coronavirus cannot replicate in the body. 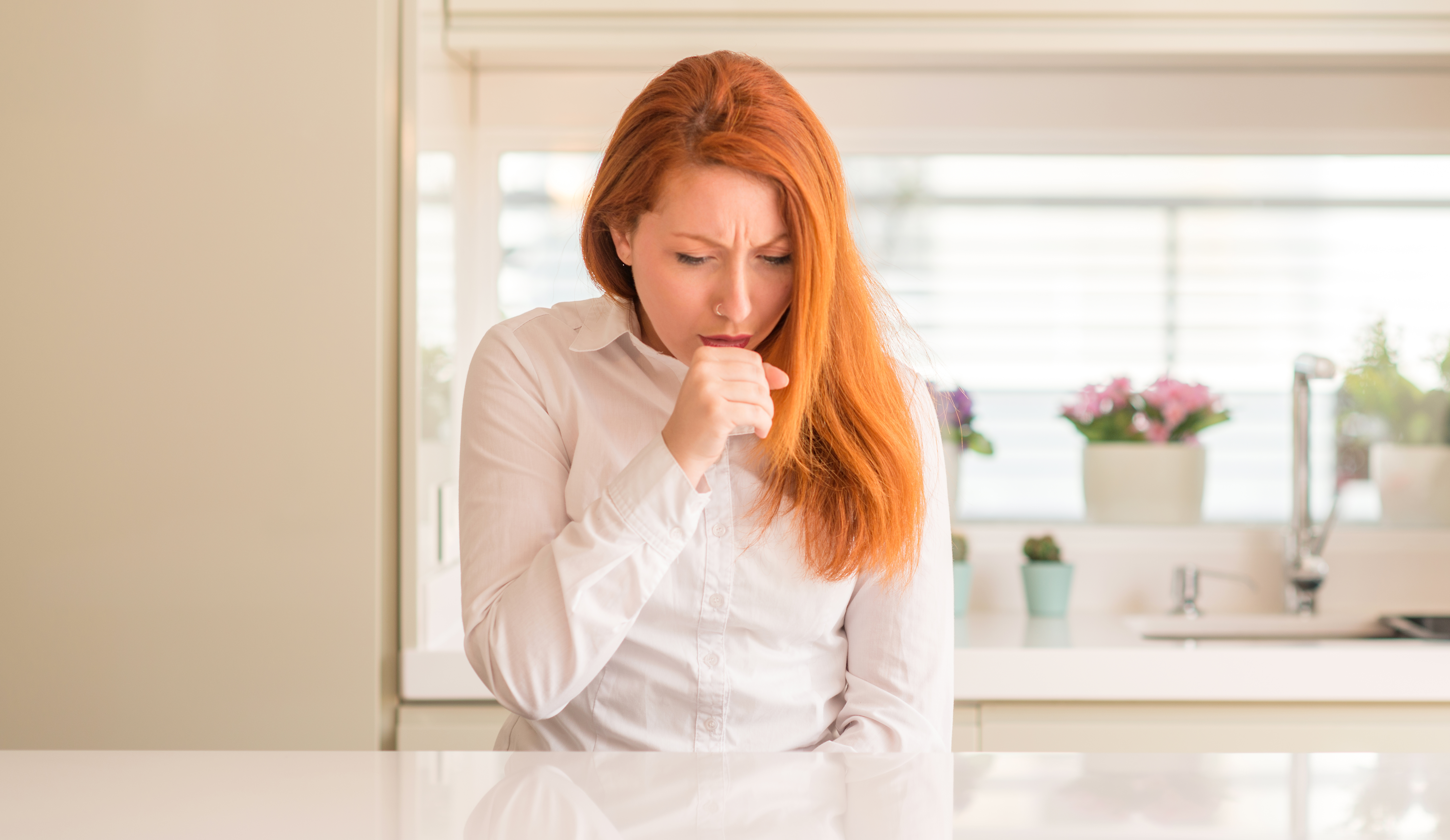 Experiencing mild side-effects after having a jab, such as headaches and feeling tired, is expected and that is a good sign the vaccine is working.

Rather than being a sign of infection, it is a signal the immune system is kicking in and primed to jump at the first sign of any future Covid infection.

Prof Young says: “The vaccines approved for use in the UK contain only a small part of the virus – the spike protein – which is what generates a strong protective immune response.”

Myth#10 MADE OF MEAT PRODUCTS

Worrying myths around Covid jabs have been circulating in black, Asian and ethnic minority communities, claiming they contain meat products.

Dr Habib Naqvi, director of the NHS Race and Health Observatory, says: “We need to be clear to our communities that there is no meat or meat products in the vaccine. 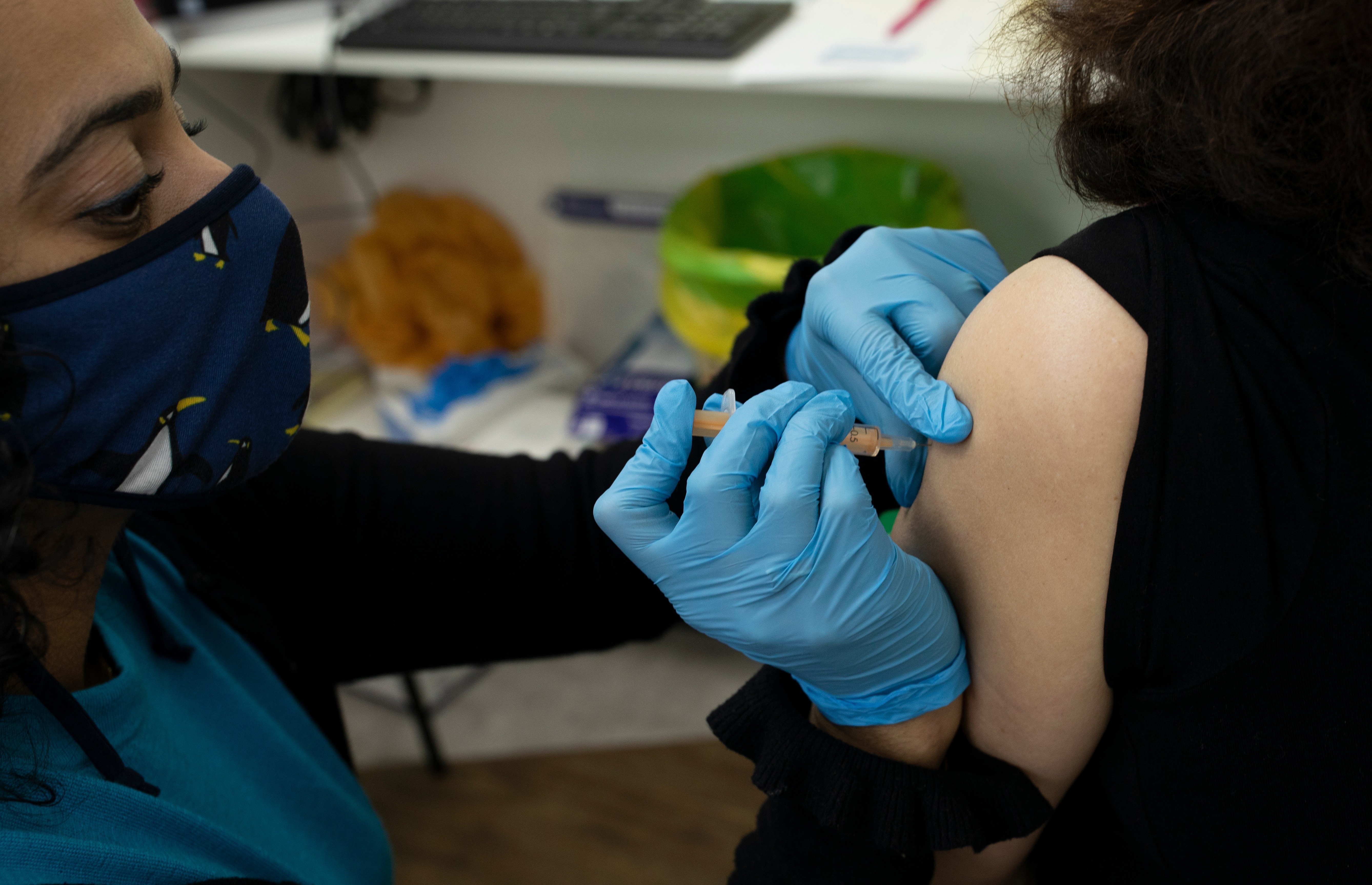 “There is no pork, there is no alcohol and it has been endorsed by religious leaders and religious councils.”