Gemma Cockrell chose not to have a reconstruction after her breasts were removed and is sharing the pictures to let other women know they are still loved no matter their appearance. 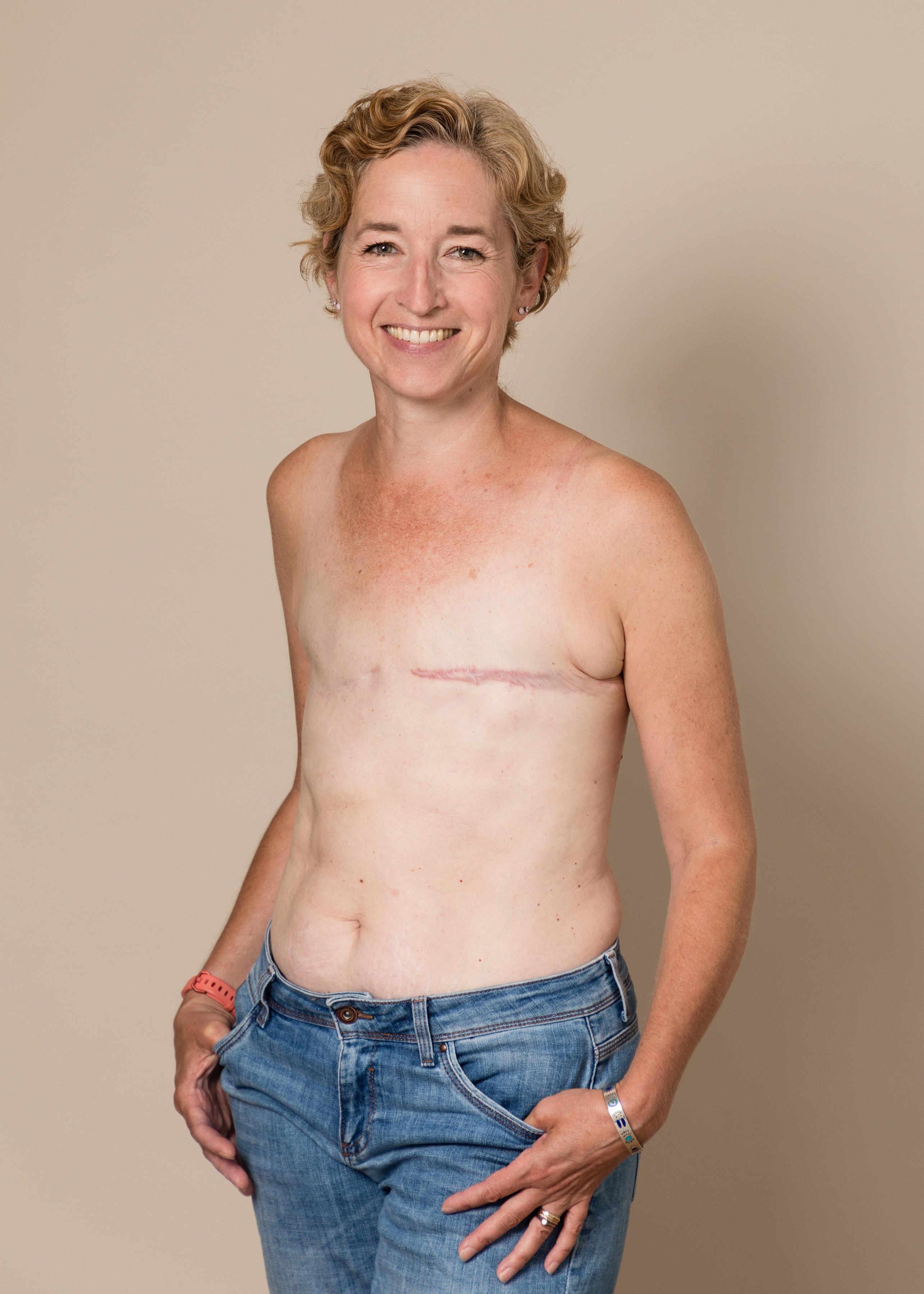 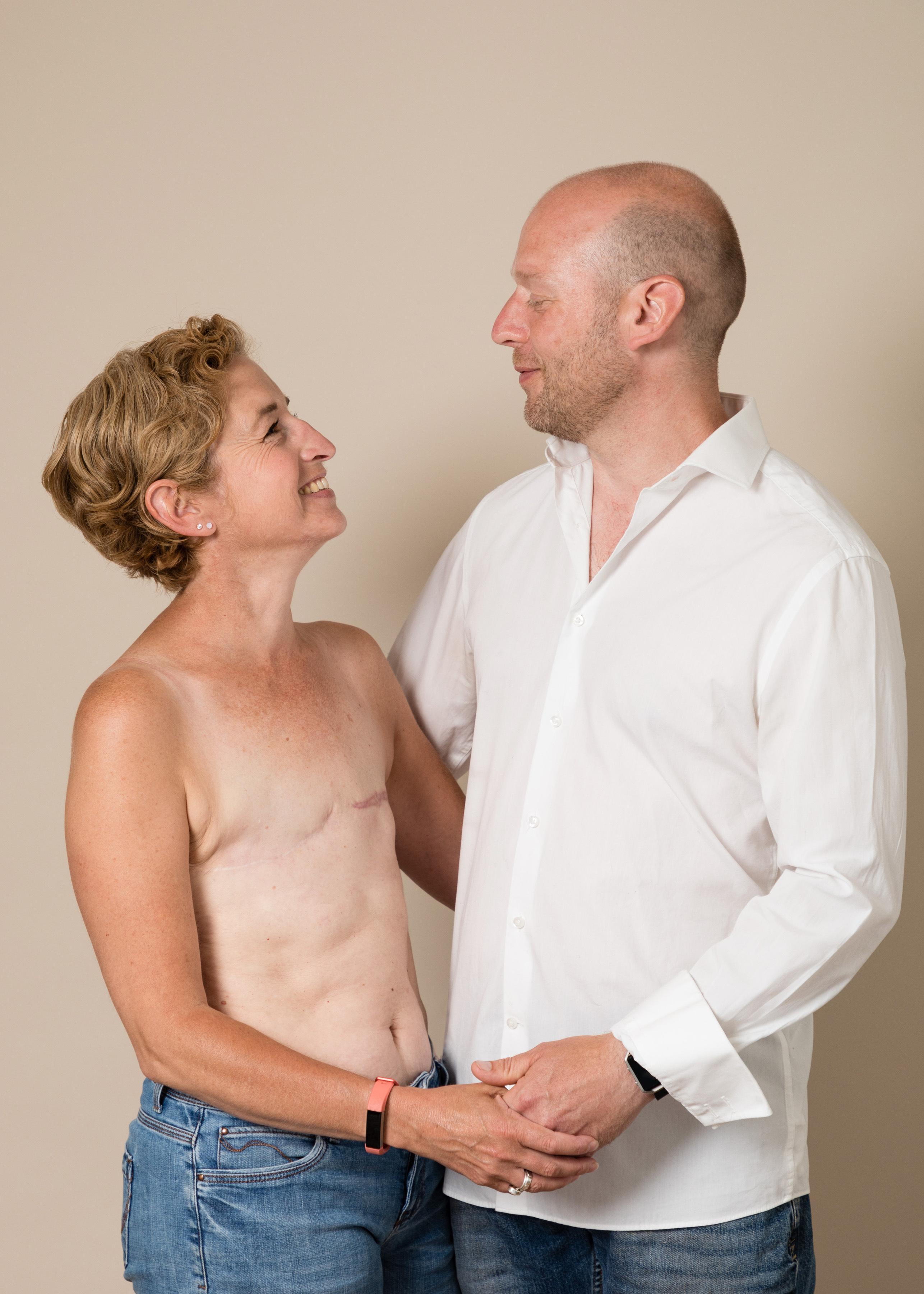 Five years on from her first cancer diagnoses Gemma has opened up about her choice not to have a breast reconstruction.

The mum-of-three, from Kingston-upon-Thames, decided to take part in her photoshoot with her husband James to celebrate her scars and flat chest – after doctors pushed her to have a reconstruction.

“After I decided to have a mastectomy, I really felt that I had let my surgeon down, and that I was a bit of a disappointment to them," she said.

“They obviously know what they can make you look like with reconstruction, but I felt quite strongly that the decision should be mine. 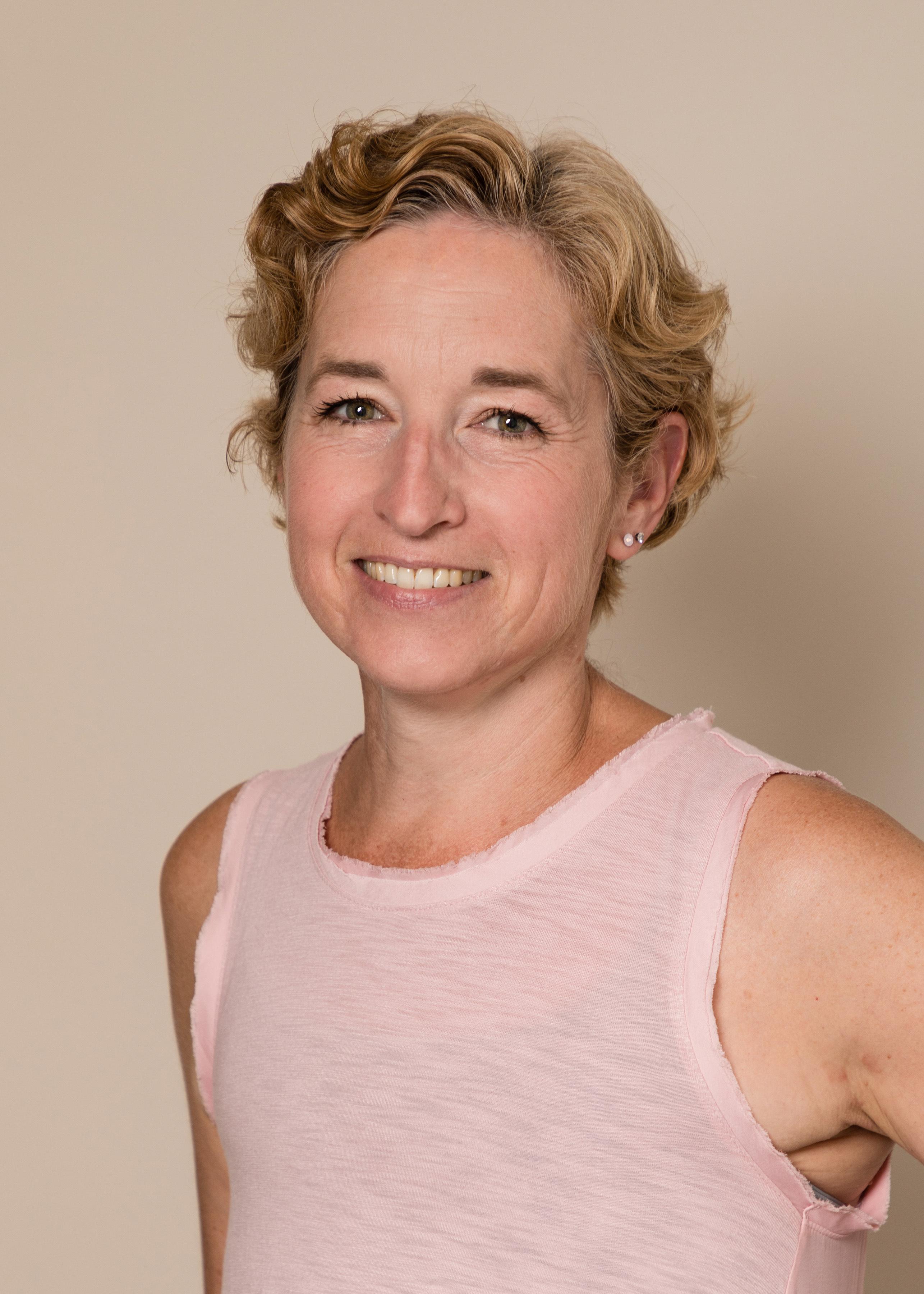 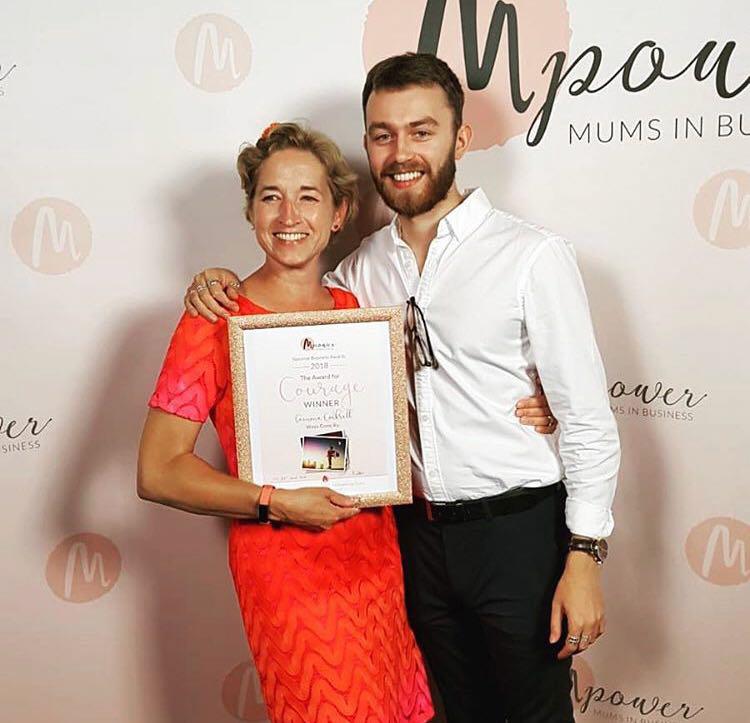 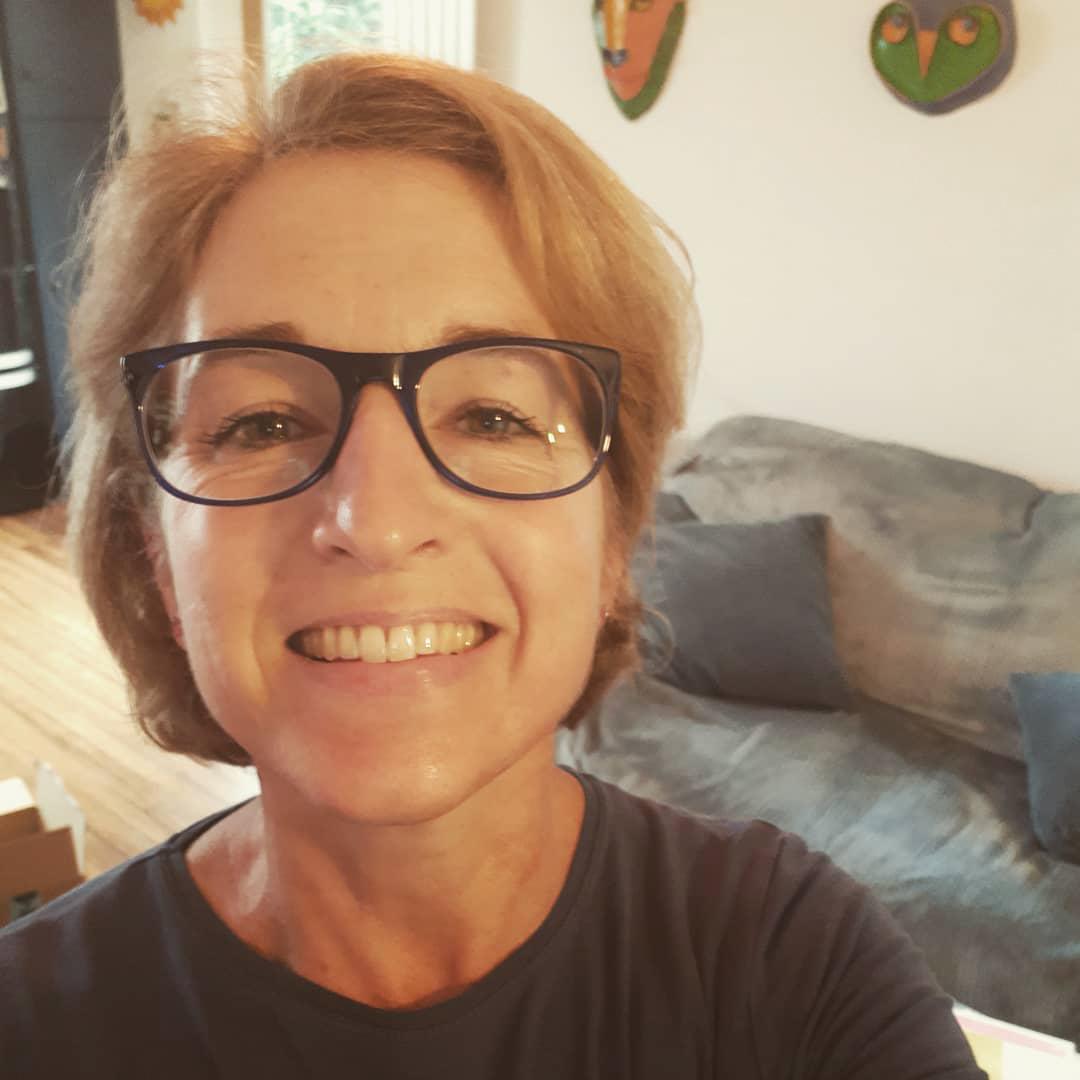 “I was really encouraged by the hospital to have reconstruction, but I didn't want to.

“I decided to do the photoshoot as it's important to me that other women in my situation feel empowered to make their own decisions and that you are still the same person inside, you can still love and be loved.

“I also felt there weren’t enough 'real' photos out there. I was given a booklet with a black and white drawing.

“I actually feel normal. I rarely think about it, other than if I'm in a situation where I have to get dressed/undressed with other people, like at the gym. 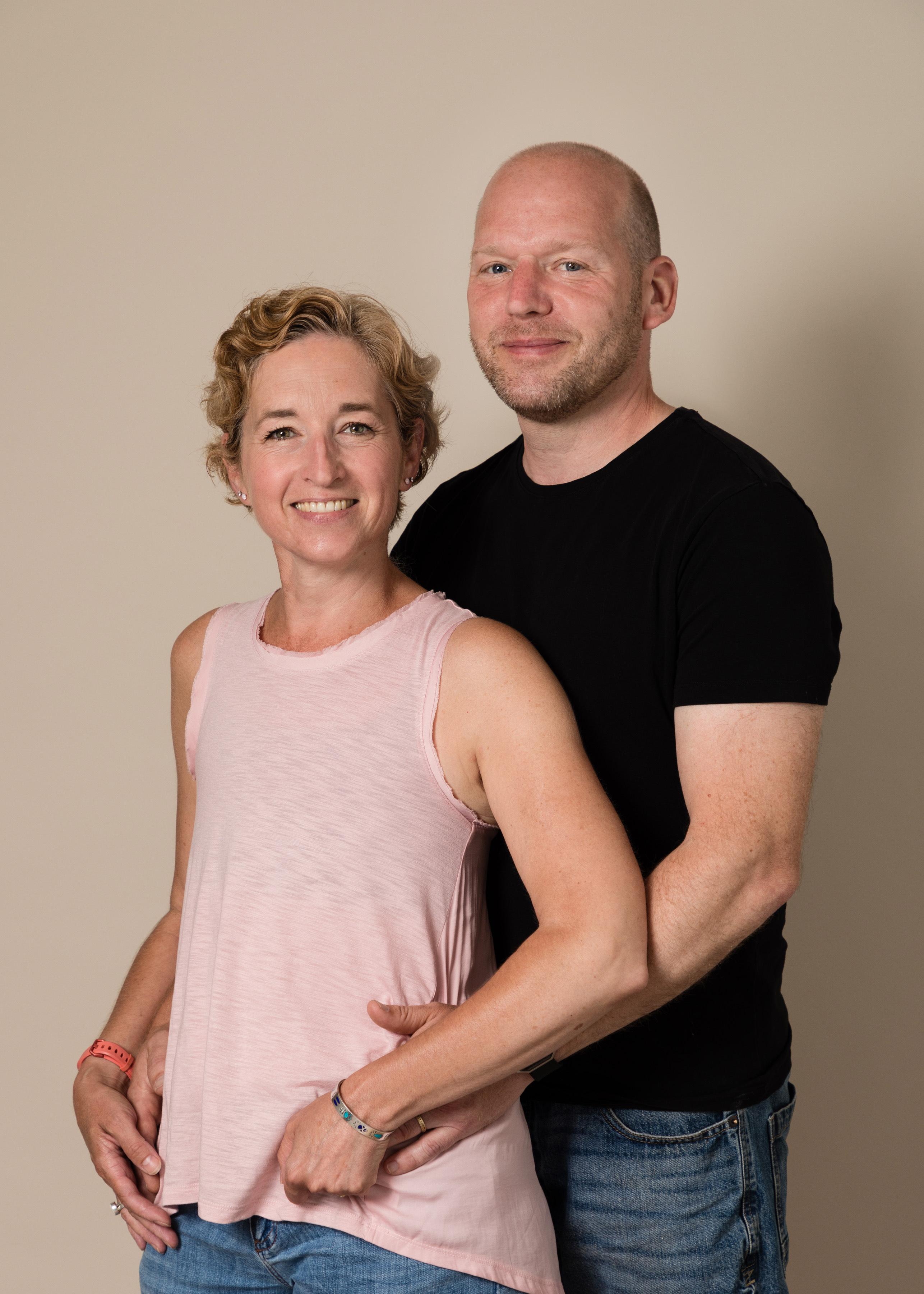 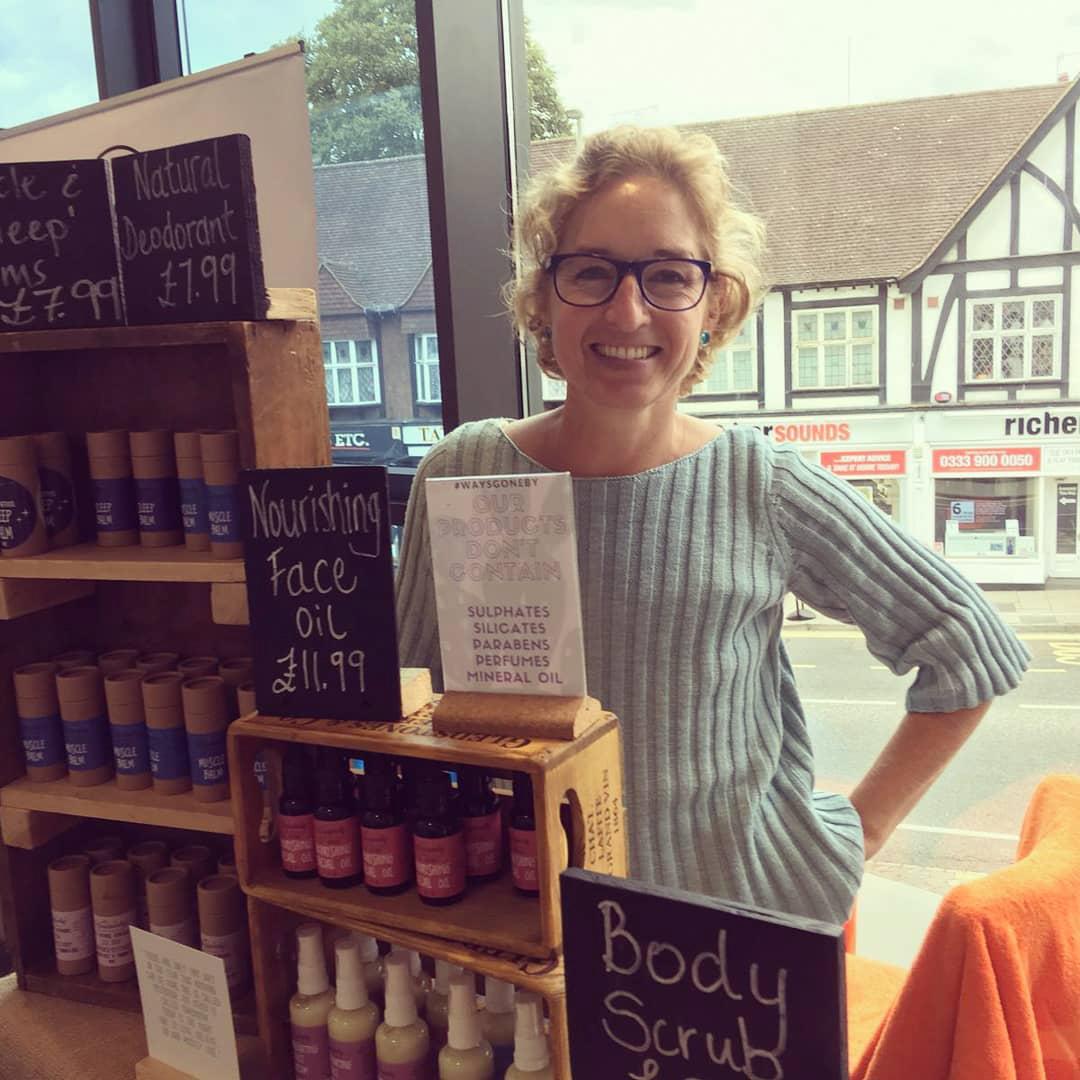 “I know I'm fine with how I look I'm just aware that others might not be. I'm very lucky that my husband is just super happy I'm still on the planet and isn't bothered by how I look.”

Gemma was first diagnosed with breast cancer in April 2013 and had three lumpectomy surgeries to remove it, followed by a month of radiotherapy.

FIND OUT MORE What are the symptoms of breast cancer in women, what are the stages of the disease and what happens at a screening?

Thinking the disease was behind her Gemma’s life resumed to normal, but two years later the cancer returned in the same breast and further scans revealed it had returned to her lymph nodes.

The now 49-year-old had a mastectomy followed by emergency surgery in December 2015. 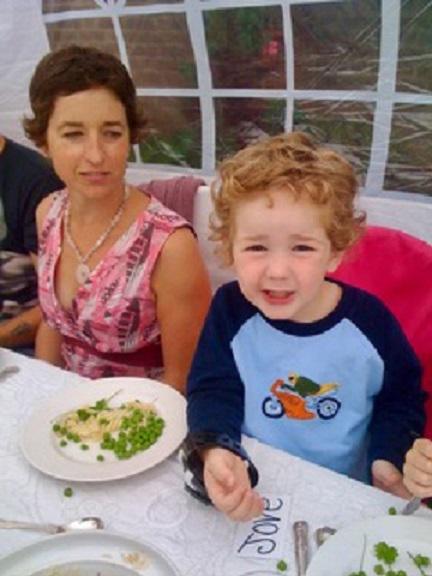 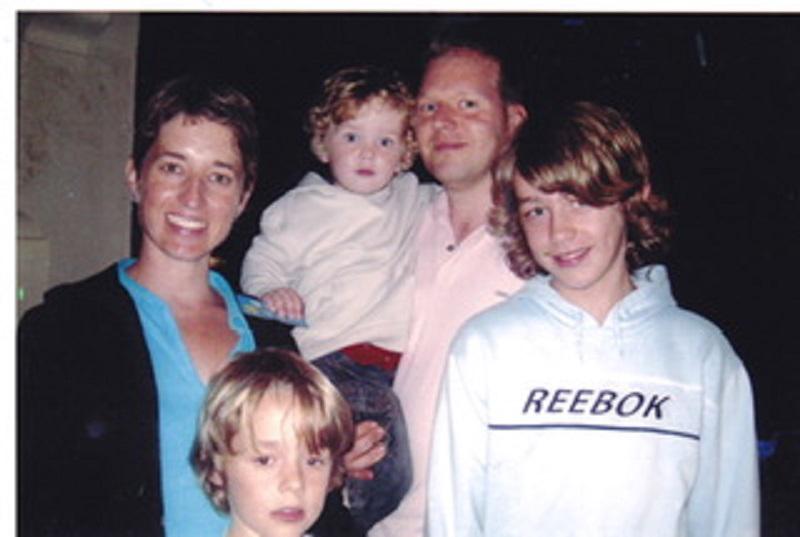 This time round, it took Gemma longer to bounce back from treatment but she was well looked after by hospital staff, her husband, James, and three children, Reid,25, Torrin, 20, and Jove, 14.

Again, thinking she had beaten the disease for good, in February 2017 Gemma felt as though something wasn’t right in her remaining breast so opted to have it removed.

Doctors discovered there was cancer present in her breast.

Gemma has been cancer free since her second mastectomy and recently posed in a sensational photoshoot celebrating her flat chest and scars after deciding not to have a breast reconstruction.

She now hopes to empower other women through her decision to show them the “real” side of surviving breast cancer, after only being confronted with diagrams in information leaflets. 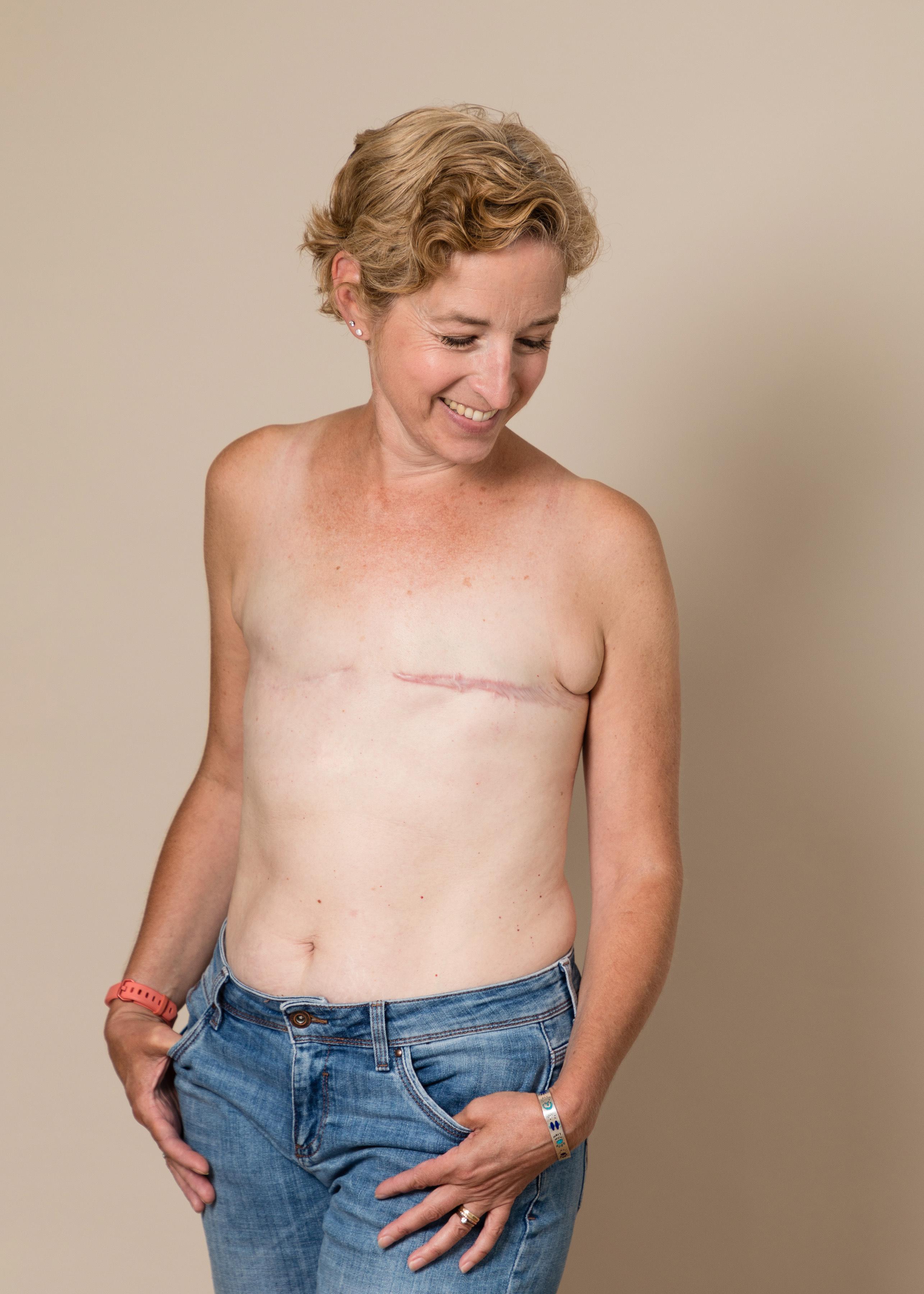 “I was also part of a trial called The Big Trial, which was to see how many women would have a recurrence of breast cancer after differing times of radiotherapy,” Gemma said.

“Although I was scared, I was more worried for my children and how they would feel and cope if anything happened to me.

“All throughout treatment I continued to work, I would just dive in and out for treatment.

“I was diagnosed again in 2015 and the cancer had returned and had also gone into my lymph nodes.

“I had a mastectomy and emergency surgery afterwards, I knew it was much more serious this time and so the impact on my life was far greater.”

Speaking of the moment she was told her cancer had returned for the third time Gemma said she realised there was nothing she could do to keep the disease at bay. 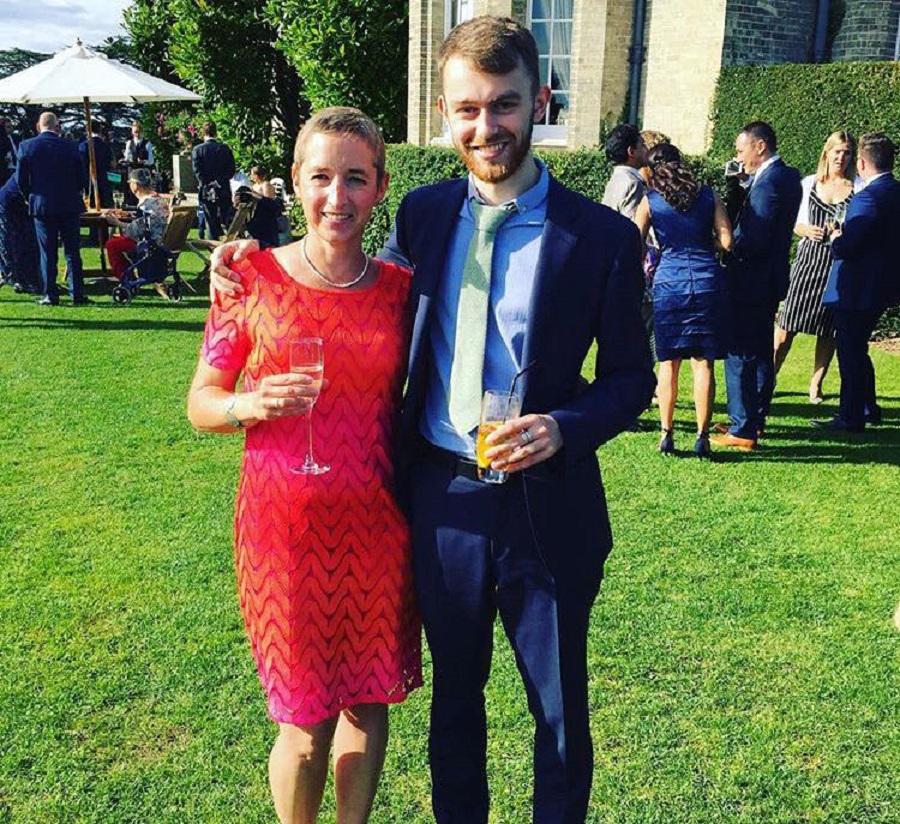 “That made me feel incredibly vulnerable, as if there was very little I could really do to stop it coming back,” she said.

“So, I resolved just to live my life and do what I could to inform and empower others like me.

“The only problem with having treatment was really the physical effects and having to rely on others to do things for you.

“Juggling a family and working is always difficult, even when you're not fighting an illness.

“Telling my children, absolutely definitely was the worst thing in all of this. My youngest boy had six months of therapy after the second diagnosis as he was convinced I was going to die.

“We still have a ritual we go through every night that makes him feel I will be OK.

“I was telling my children that I couldn't promise them I was going to be OK, only that I am OK right now.”

Gemma set up her own handmade natural skincare company, Ways Gone By, after her cancer diagnosis which gave her something to focus on throughout her recovery.

She offers cancer care packages and donates half of the profits to charity.

Gemma wants women in her position to know that a reconstruction should be their decision and they shouldn’t feel pressured into any procedure that they are not comfortable with.

“Make your own decisions about your health and your body and don't be bullied into an immediate decision. Feel happy in your own skin,” she said.

“I don't really think of deliberately wanting to be inspirational, I just want others to know that life can go on as normal even if you don't quite look the same.”