Several customers have taken to Twitter to vent their frustration, with some questioning if the brand has been "Photoshopping" the images or using "butt/hip pads". 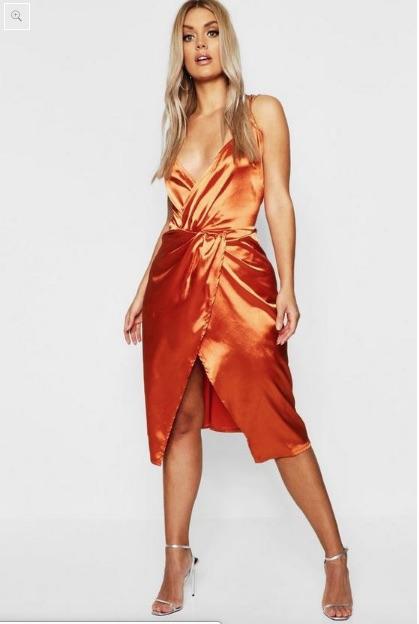 Over the last few weeks, a number of disgruntled shoppers have been sharing their outrage at some of the models Boohoo has been using, claiming they're "not plus size".

And now, some customers are even accusing the brand of using "butt [and] hip pads", Photoshopping and "doing a body swap" on certain models.

One wrote: "@boohoo please explain what kind of planet you live on to think that these girls are plus size?"

While another said: "I'm sorry but she is not plus size! This woman is a normal size for a woman, this is beauty standards taken to the next level. Sort it out."

One customer was outraged when she noticed a plus size item was £3 more expensive, despite there being "no difference".

"Are you having a laugh?" She tweeted.

"Plus size? There's no difference! And it's £3 more expensive!!"

Another posted an image of one of Boohoo's models wearing shorts and a crop top and wrote: "Imagine being asked to be a boohoo plus size model when you look like this."

Some users are so appalled, they've accused Boohoo of "Photoshopping" and adding "butt/hip pads".

One wrote: "I am very confused with @boohoo and these 'plus' sizes. Unsure if they put butt/hip pads on this girl or photoshopped it."

Another was equally confused and said: "Are Boohoo padding slim models so they fit into the plus size clothes? The hips are suspicious. Am I imagining this?"

One customer has even accused the brand of "doing a body swap".

They wrote: "Either this lady has tanned her ankles in EXTRA dark fake tan or Boohoo have been doing body swap, because her top half does not look plus size at all."

It's not the first time the brand has been criticised over issues relating to body positivity.

Earlier this year, Boohoo was slammed after a shopper accused the brand of Photoshopping a model's waist.

In one, the girl’s waist looks significantly smaller than in the other.

Earlier this week, we told you about the woman who slammed PrettyLittleThing’s sizing after thigh-split black dress barely covers her modesty.

We also revealed Sam Faiers denies ‘stealing designs’ for her new kids’ clothing line off a small family firm… after ‘requesting freebies’ off them for TWO YEARS.

And we showed you H&M is selling a £34.99 skirt with a hood and people think it looks like a dog jumper.