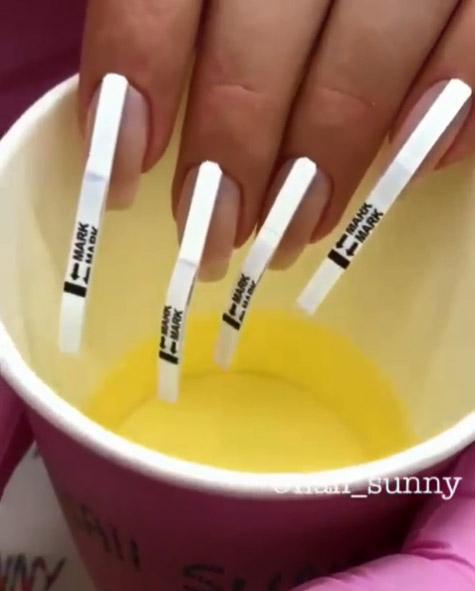 Nail Sunny said the fluid wasn't urine – but admitted they had used genuine pregnancy tests for the ultra-odd mani.

They work by detecting pregnancy hormones in a woman's urine.

People were disgusted with the trend, saying they would not see if they were expecting that way.

One person simply wrote: "No Nail Sunny. No" 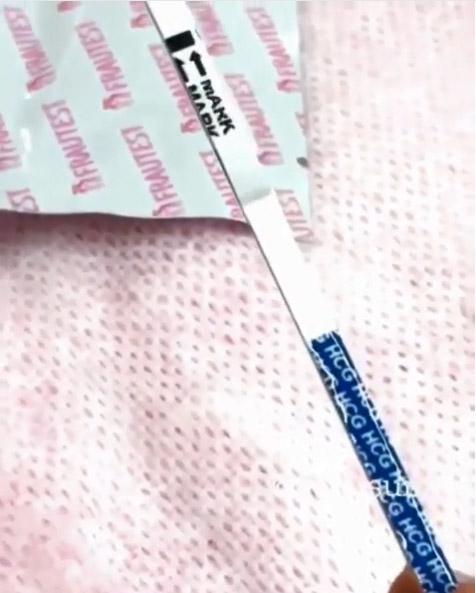 Another added: "They are just going overboard".

Although this particular set of nails received a lot of criticism, Nail Sunny are clearly very talented at what they do, as they've just announced yesterday that they will be opening a second store in LA, California.

The team posted a picture on their Instagram announcing the news, and also announced that they will be hiring.

The post says that they are looking for "masters of manicure and pedicure", salon managers and hair stylists.

If you fancy a job in LA and love thinking of bonkers nail art creations, you should send over your CV!

Nail Sunny shocked fans previously with their cheese toastie manicure – but it sure looks tasty.

They also left fans gagging with their disgusting poo-themed nails, but insisted it was just nutella.

And would you try out this very odd new nail shape that is currently trending?