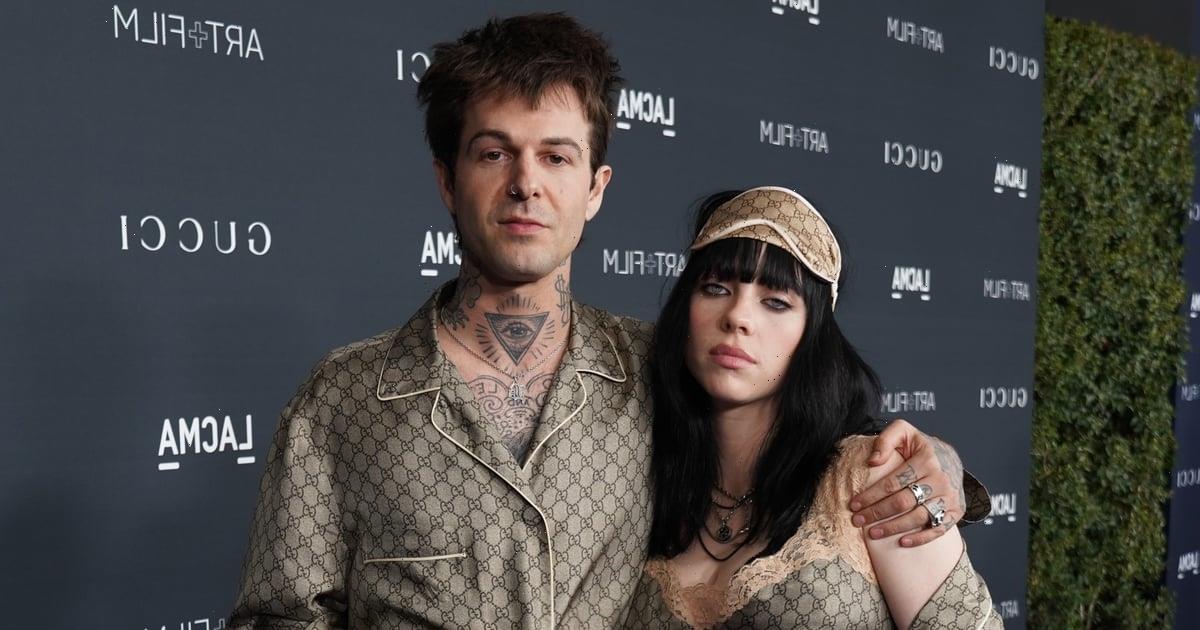 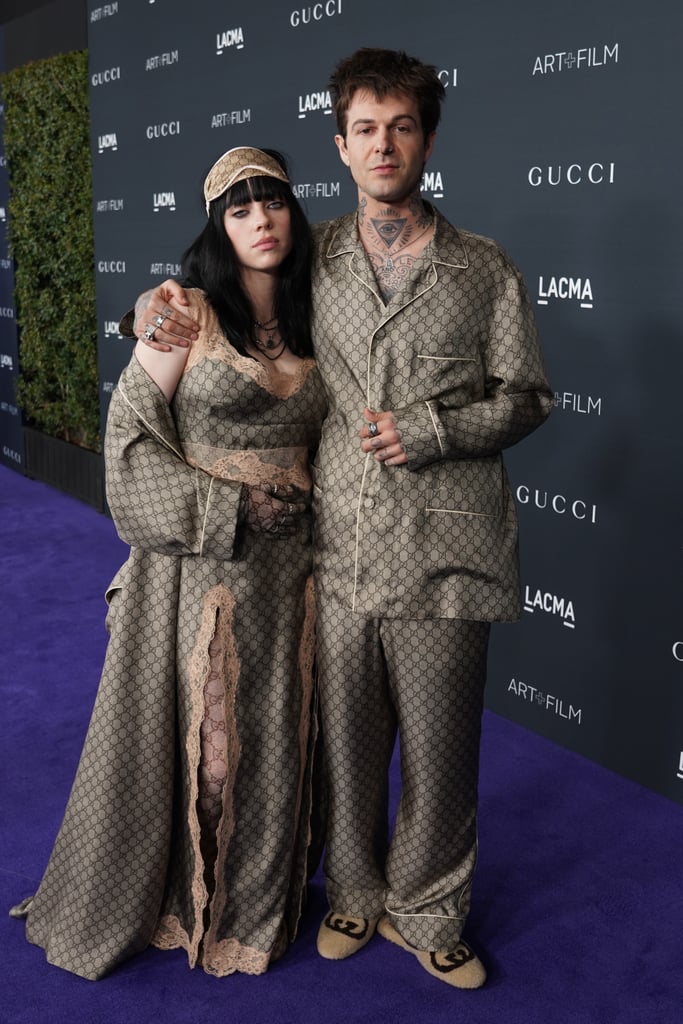 Billie Eilish and Jesse Rutherford are officially a fashion couple — well rumored couple, that is. After being spotted on what appeared to be several dates over the past few months, the duo hit the red carpet at the LACMA Art+Film Gala in matching outfits. As an ambassador for Gucci, the “Happier Than Ever” singer has worn various ensembles from the Milan-based fashion house over the years. But this is the first time she supported the brand with a couples outfit, as both Eilish and her presumed new boyfriend were dressed head-to-toe in looks emblazoned with the Gucci logo.

Eilish, 20, eschewed her usual baggy pieces in favor of a form-fitting slip dress. The night gown is covered in Gucci’s signature interlocking “G” print and features lace paneling along the neckline, across the bodice, and cascading down the front of the garment. She proves the double-slit trend (last seen on Megan Fox) is alive and well with two front thigh-high slits, revealing a pair of tights and platform slides underneath.

Playing up the boudoir theme, Eilish accessorized with an eye mask, a floor-length silk robe, and an oversize blanket the couple wrapped around their shoulders, as if they were cuddling on the couch instead of the red carpet. By her side, Rutherford, 31, sported a pair of Gucci logo pajamas and matching slippers. The Neighbourhood lead vocalist kept his collar open so you could see his many neck and chest tattoos, and wore a single gold pendant necklace to complement her layered chains.

Though the couple is fairly new, they already have one fashionable outing under their belt. In October, they stepped out for dinner with Eilish wearing a quintessential ’90s-inspired date outfit: a black minidress with a minimalist body-con silhouette.

Keep scrolling to see their matching outfits on the LACMA Art and Film Gala red carpet from all angles.