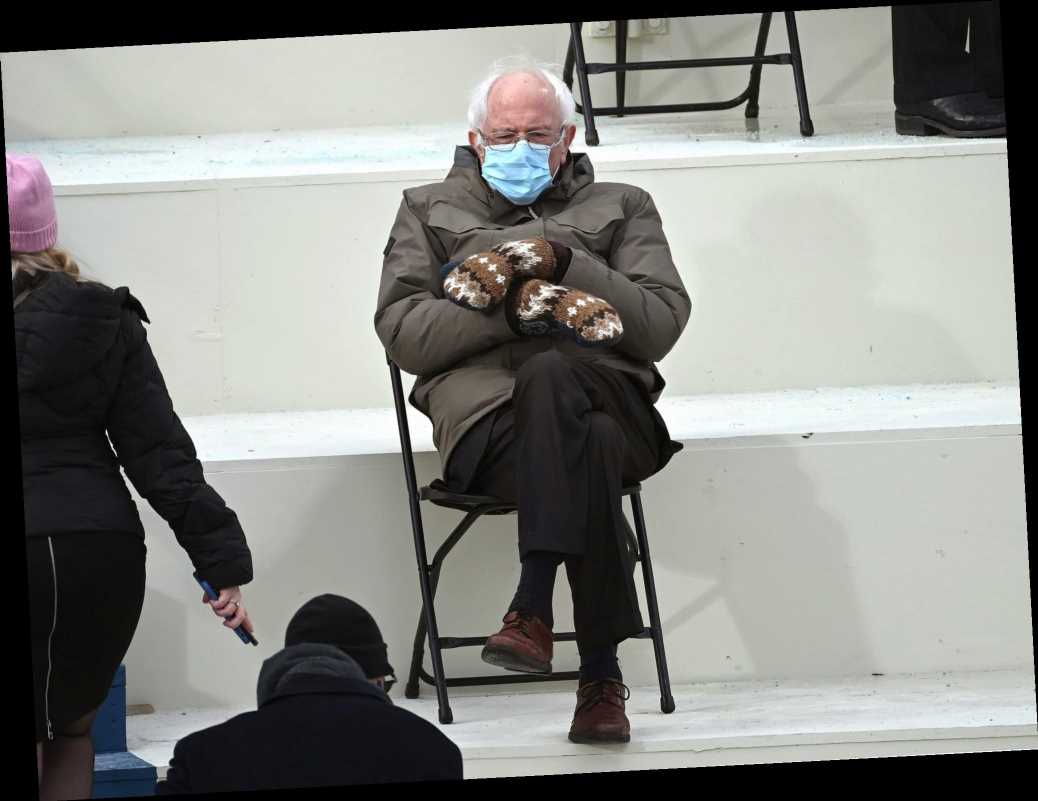 From First Lady Jill Biden to Jennifer Lopez, many who attended Wednesday's inauguration pulled out their most show-stopping looks for the event — but for Vermont Sen. Bernie Sanders, he stole the show with his cozy attire and overtly casual demeanor.

Now, thanks to the Internet, a viral photo of the politician looking calm, cool and collected during the inauguration can be used to describe just about any mood or situation.

In less than 24 hours, Sanders inspired thousands of memes and tweets, with many social media users fixated on his incredibly sensible outfit: a Burton GORE-TEX parka, a disposable protective face mask and mittens bearing a brown, white and black pattern.

"In all the inauguration fashion news, let us not overlook Senator Bernie Sanders' mittens," New York Times fashion critic Vanessa Friedman wrote on Twitter. "cant focus on the inauguration cause all I can think about is Bernie's mittens," someone else joked.

Throughout the day, many Instagram and Twitter users Photoshopped the senator into pictures with celebrities, in iconic movie and television scenes, on album covers and even in a New York City subway car.

The fashion industry watchdog account, Diet Prada, added Sanders to the front row of a runway show, in a scene from the Sex and the City movie, even performing on stage with Beyoncé.

Others edited his photo into a scene from Friends, on a box of tea and posing with Dolly Parton in Steel Magnolias.

Sanders' mittens, which he previously wore on the campaign trail, were made by Jen Ellis, a teacher from Essex Junction, Vermont.

"I made Bernie's mittens as a gift a couple years ago. They are made from repurposed wool sweaters and lined with fleece (made from recycled plastic bottles). #BerniesMittens," Ellis wrote on Twitter in 2020.

While speaking with Gayle King on CBS News after the swearing-in ceremony, Sanders addressed the attention his outfit was getting. "In Vermont, we know something about the cold, and we're not so concerned about good fashion, we want to keep warm," the senator said with a laugh. "And that's what I did today."

After an influx of inquiries following the inauguration, Ellis wrote on Twitter that she is all sold out, pointing those interested to check out other knitters on Etsy.

"Thanks for all the interest in Bernie's mittens! It truly has been an amazing and historic day! I'm so flattered that Bernie wore them to the inauguration. Sadly, I have no more mittens for sale. There are a lot of great crafters on ETSY who make them."