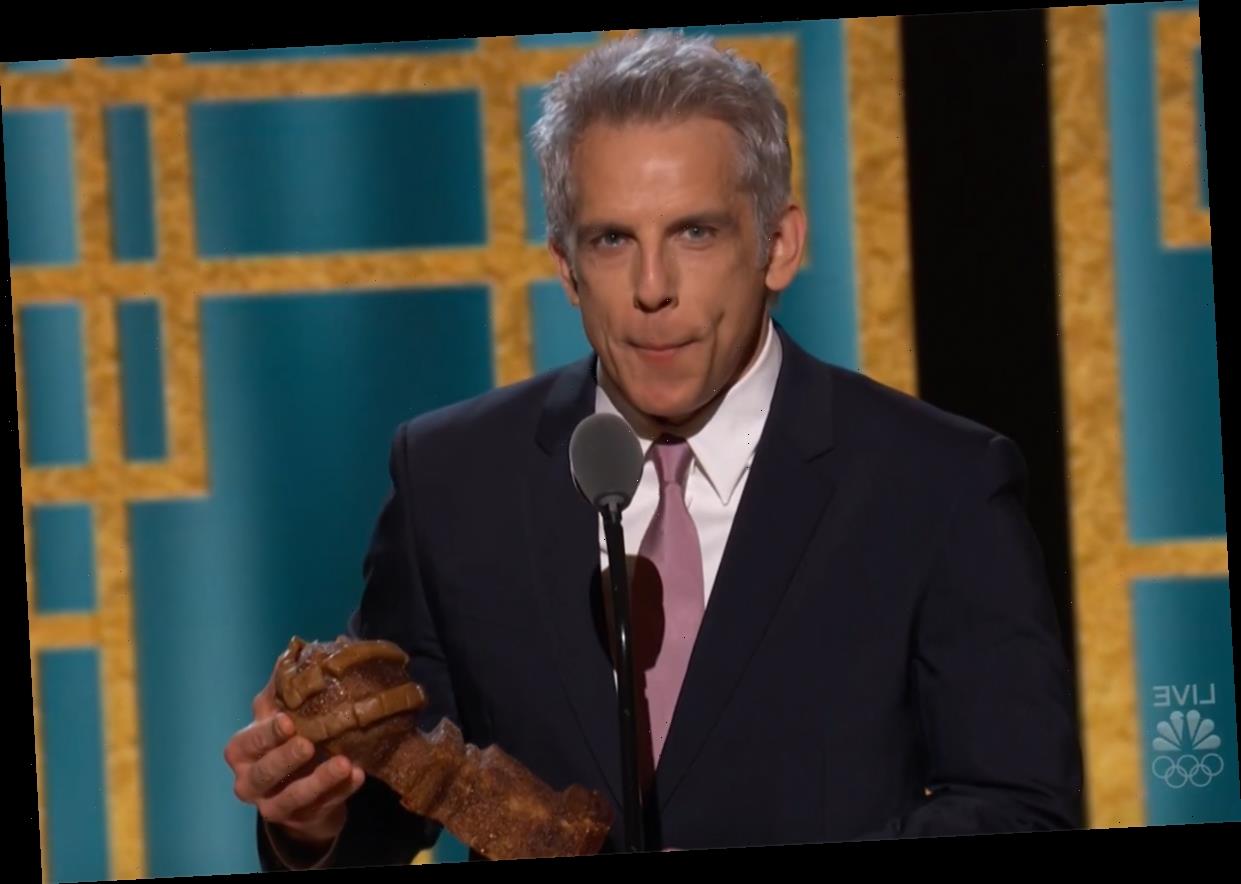 The actor, 55, decided he was in for a new 'do during quarantine, joking about his gray hair while presenting during the 2021 Golden Globes on Sunday night.

"It's hard to believe that it's been a full year since the last Golden Globes but like many of us I've used that time to really look inward and grow," he said, jokingly adding: "I've come to fully understand the nature of cryptocurrency. I read a book. I finally got around to dyeing my hair gray."

The Zoolander star said he also learned to make banana bread during all the time spent at home. He even baked a Golden Globe award to show off his new skill!

"And like so many other resilient Americans I learned to bake a delicious banana bread in the perfect form of a Golden Globe," he said.

Stiller is now the same age as his former costar Robert De Niro was while filming Meet the Parents.

In October, the two reunited with their other costars to celebrate the 20th anniversary of the film on Today, where Stiller recalled just how nervous he was alongside the acting giant.

"I remember the first day that we shot together," Stiller said. "I think it was the scene where we meet for the first time at the doorstep. I said something like, 'Oh, this is a nice house' or something, and I kind of looked up at the house, and Bob saw me look up and he like looked behind him like 'What am I looking at?'"

"And he reacted, and I cracked up in his face. Just started laughing," Stiller continued. "And then started sweating because I'm like, 'I can't believe I'm breaking character on the first scene, the first line. He's going to think I'm the worst.' But then there was a moment where he smiled and I then felt, 'OK, it's alright.' But from then on, I never felt any more comfortable actually."

De Niro chimed in about Stiller, putting the actors' fears at ease.

"Ben was great," De Niro, 77, said. "He has a way of reacting with a deadpan expression or whatever."