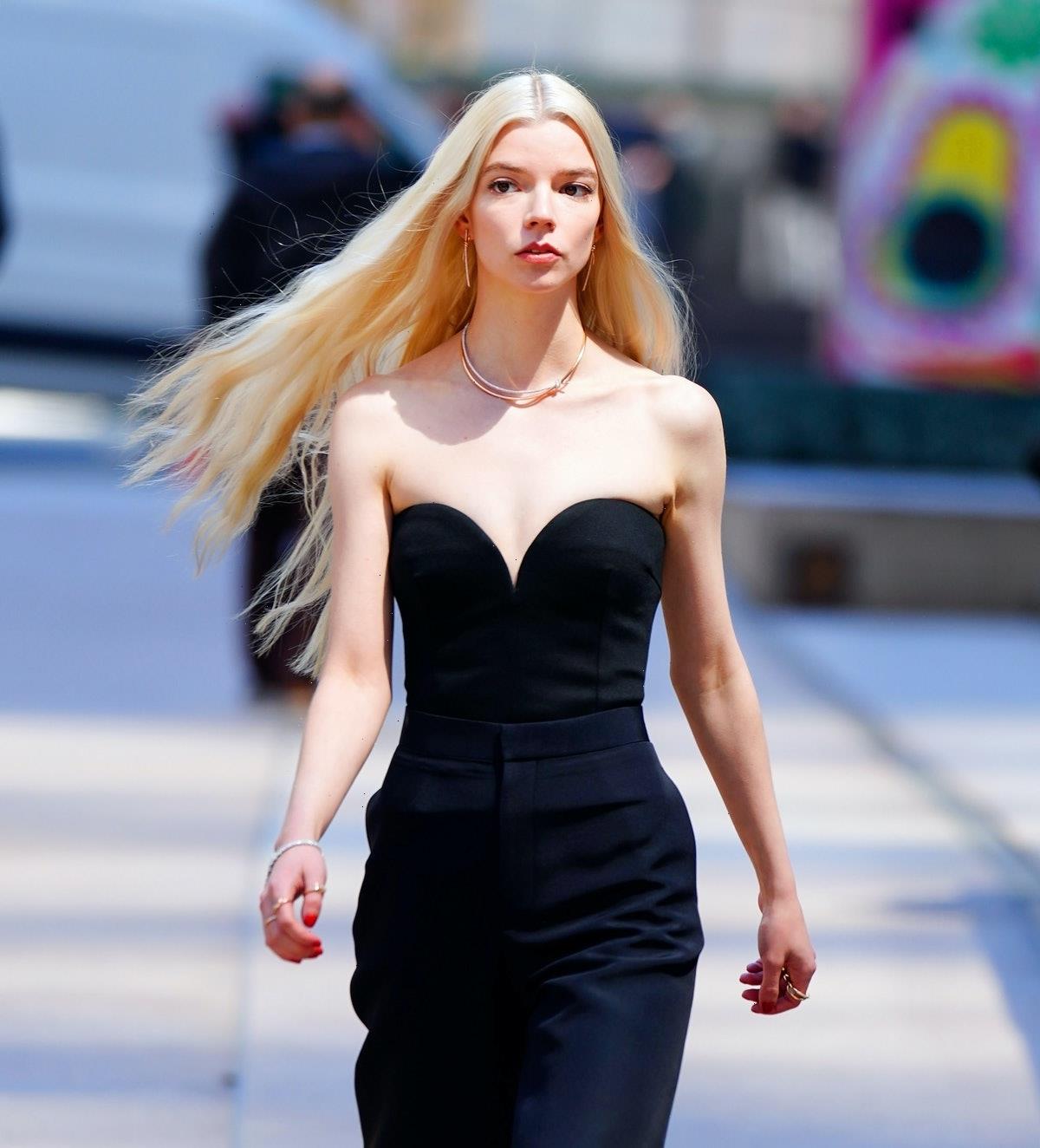 It was impossible to miss Anya Taylor-Joy at last month’s Golden Globes, where she took home a trophy for her widely acclaimed role in The Queen’s Gambit. With a little help from her stylist, Law Roach, the 24-year-old turned up swathed in deep emerald green Dior Haute Couture, making for what Roach described to W as “the most talked-about, reposted look of the night.”

Taylor-Joy kept the glamour coming on Wednesday, where she shot a Tiffany & Co. campaign with the model Alton Mason in New York City. But this time, she kept it low-key, opting for head-to-toe black. The looks only accentuated her wavy, ultra-platinum long hair, which lately has Taylor-Joy looking like Kristen McMenamy or Hunter Schafer as Euphoria’s Jules.

While on set with Mason, Taylor-Joy opted for stilettos, flared trousers, and a corset. Once the shoot wrapped, she switched into a more casual monochrome look (with the exception of a burnt orange scrunchy). Topped off with a pair of L.G.R., she paired a sleek black peacoat with a pair of surprisingly affordable ($21), studded Nasty Gal boots.

Rest assured you’ll be seeing more of Taylor-Joy soon. She’s lined up no less than five films, with roles ranging from an aspiring actress trying to scam a middle-aged art critic (in Laughter in the Dark) to the titular star of the Mad Max prequel, Furiosa.