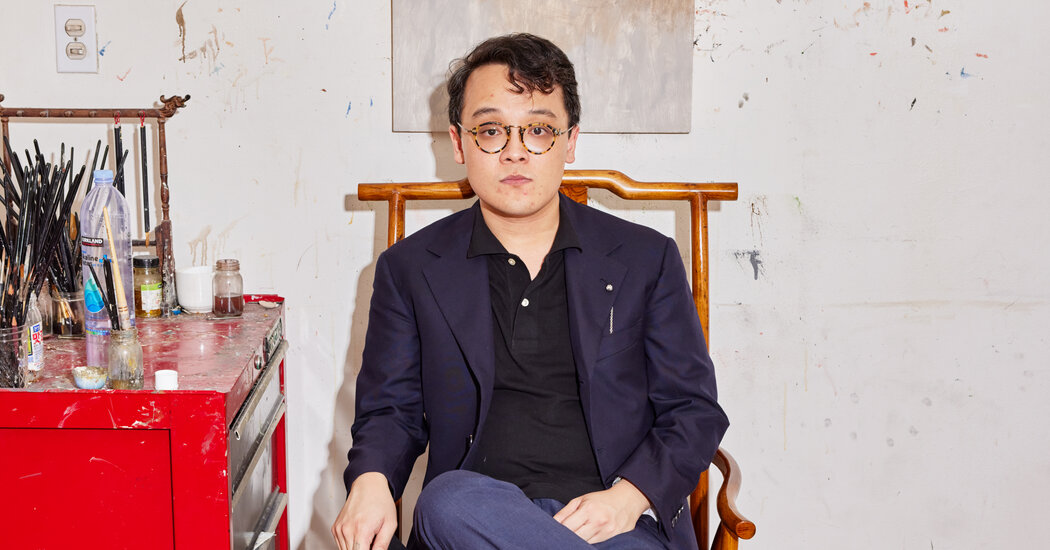 Currently Lives: In a one-bedroom apartment in the Miracle Mile section of Los Angeles that doubles as his studio.

Claim to Fame: Mr. Nguyen is a Vietnamese American artist who depicts friends, lovers and mythical creatures in the tradition of Italian Renaissance painters. His work, which is also influenced by science fiction and video game design, gained a wider fan base through collaborations with the avant-garde fashion label Ottolinger. Two of his works, “Executive Function” and “Executive Solutions,” which depict nymphs and demons on the front page of The New York Times, were included in the 2017 Whitney Biennial.

Big Break: In 2016, when Mr. Nguyen was preparing for an art show, he met Christa Bösch and Cosima Gadient, the founders of Ottolinger, through mutual friends. “We became fast friends and had some wonderful nights out on the town,” he said. The following year, Ottolinger based its fall collection on Mr. Nguyen’s painting “The Baptism.” which shows a young man being baptized in a silvery river. Dua Lipa, Bella Hadid and Barbie Ferreira were photographed wearing pieces from the collection, and SZA wore a shirt from it in her music video for “Hit Different.”

Latest Project: In June, Mr. Nguyen had his first major solo exhibition at Matthew Marks Gallery in Chelsea. The show was titled “Pictures of the Floating World,” a reference to Ukiyo-e, a style of Japanese paintings and woodblock prints that depict a “cosmopolitan but also decadent and isolated world of pleasure,” Mr. Nguyen said.

Next Thing: Mr. Nguyen is producing new work at his home studio in Los Angeles, where he is known to paint at all hours of the night. “It’s nice to start some paintings again without the immediate pressure of one’s first big show at a gallery,” he said. “I have some issues with time management. I’m in control of my own schedule, but that schedule is very erratic. I like living with the work.”

Space Crusader: As a teenager, Mr. Nguyen played a lot of video games, including Civilization III, Age of Empires and StarCraft, which he now credits with informing his aesthetic. “You’re building your empire and conquering different parts of the world or space,” he said. He later studied illustration at the Rhode Island School of Design. “I wanted to become a concept artist who designs all the characters and spaceships and buildings.”