Last night, Karl Lagerfeld unveiled Chanel’s latest Metiers d’Art show in New York, marking its first show in the city in over a decade. Much like all the fashion house’s runway extravaganzas, there was a big theme at play, a star-studded front row, and a new crop of accessories to get us talking. But this show also included a few surprises, like Pharrell walking the runway (in gold pants, nonetheless), and the Chanel Diner we never knew we needed. Catch up on all 6 things you need to know from the night below.

The show took place at the Metropolitan Museum of Art. 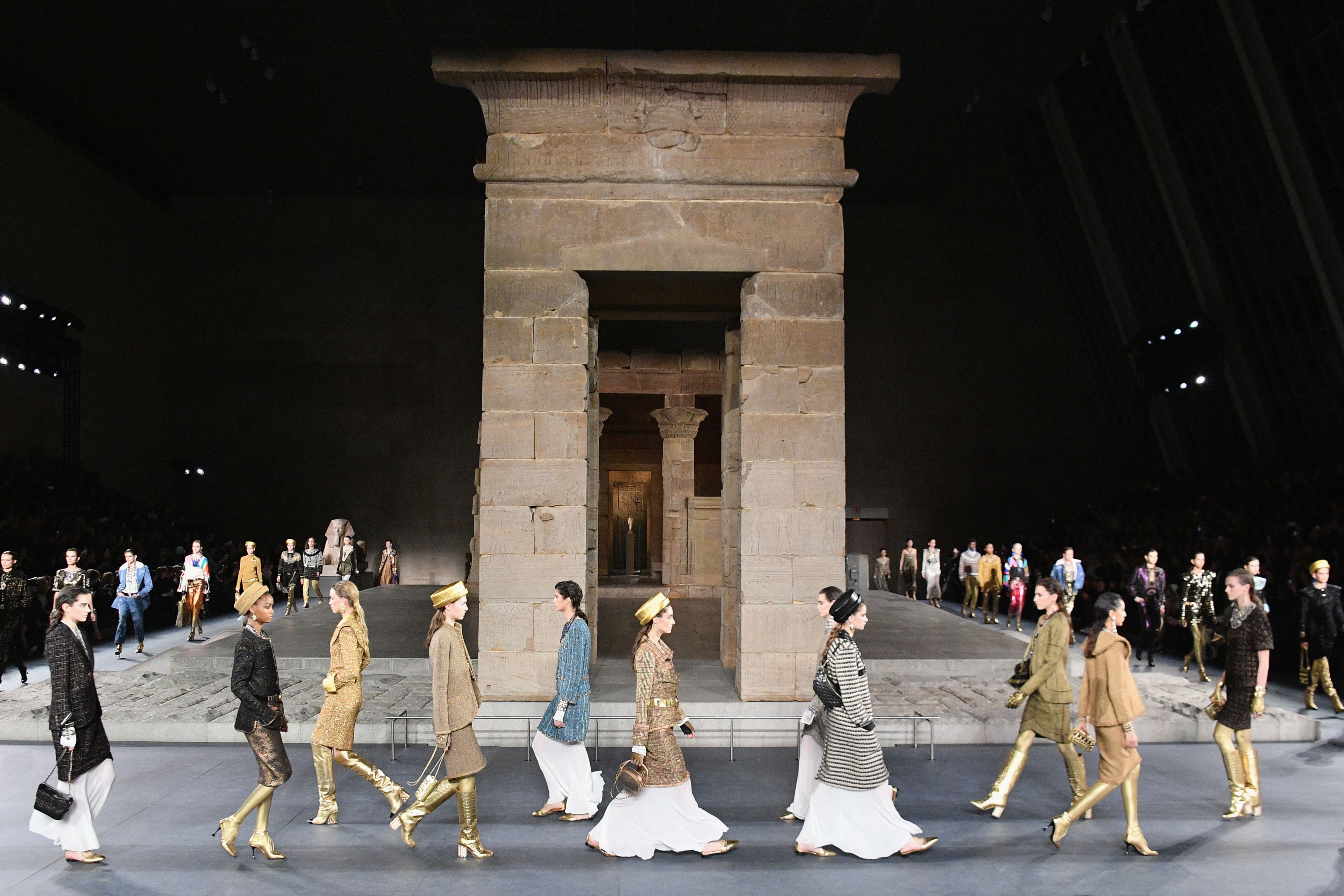 In the past, Chanel’s jet-setting Metiers d’Art show has been presented in Hamburg, Rome, and of course, Paris, but Lagerfeld opted to unveil the latest at the Upper East Side museum. 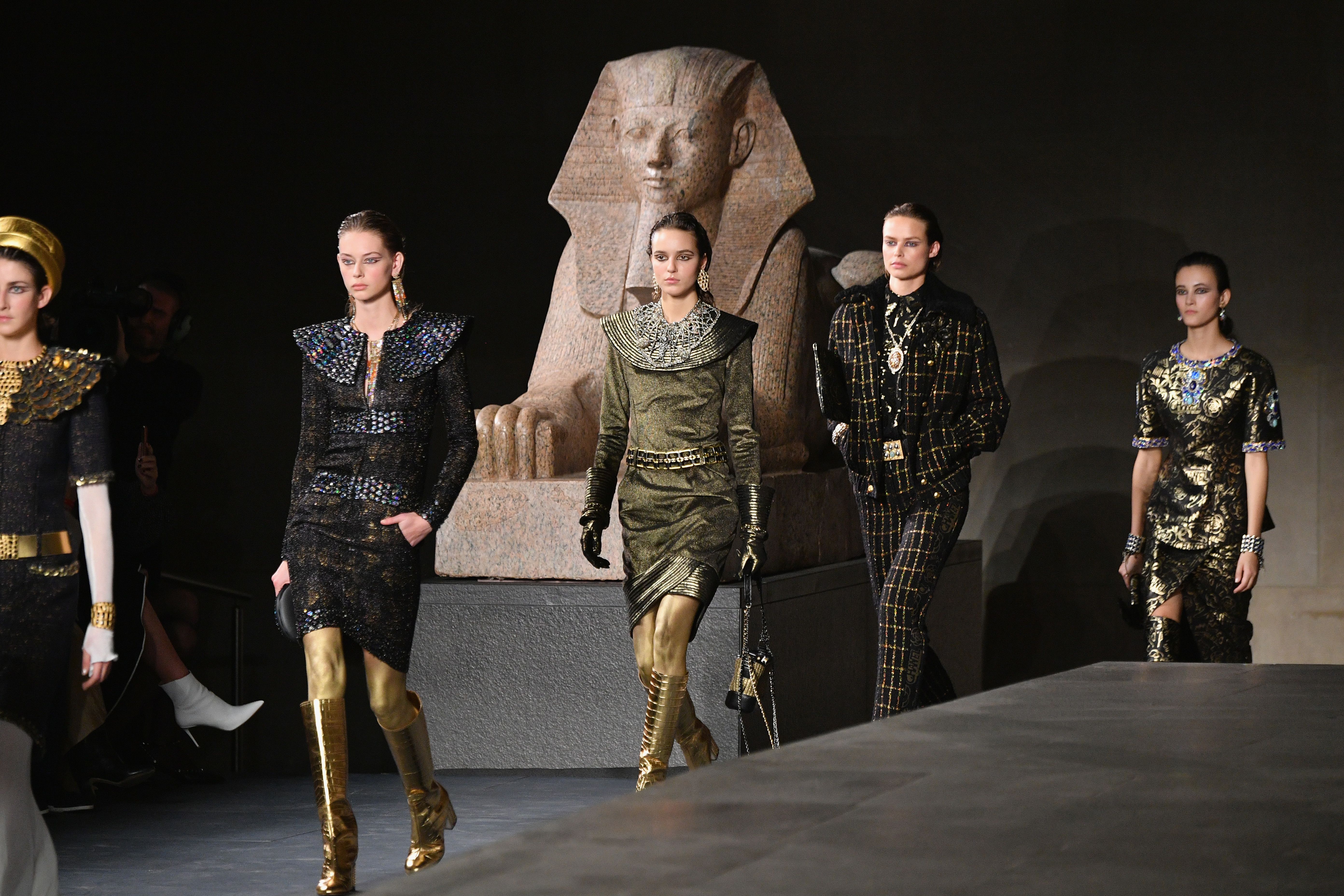 If you thought the show’s location meant a New York-inspired collection was coming, think again. Instead, the runway unfolded in The Temple of Dendur area of the Met’s Egyptian wing—where its backdrop served as the real inspiration to all 85 looks of the show. And Lagerfeld really took the theme to heart. 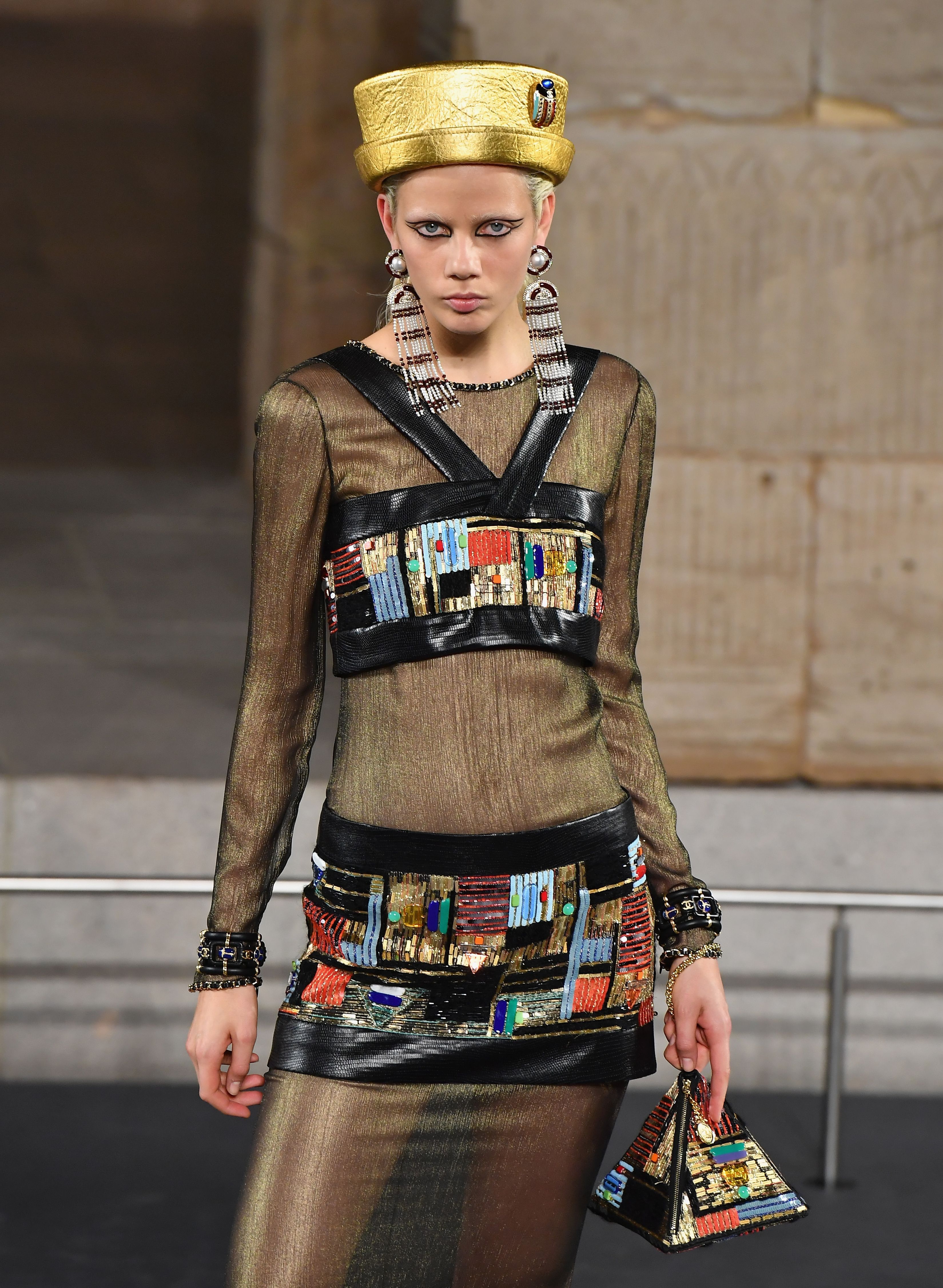 The collection, which was practically dripping in gold, featured a lineup of Egyptian-inspired accessories like pyramid-shaped bags, collar necklaces, and gold boots galore. While there was still a bout of Chanel signatures like tweeds and suiting, they were styled with gold opaque tights and matching gold boots. 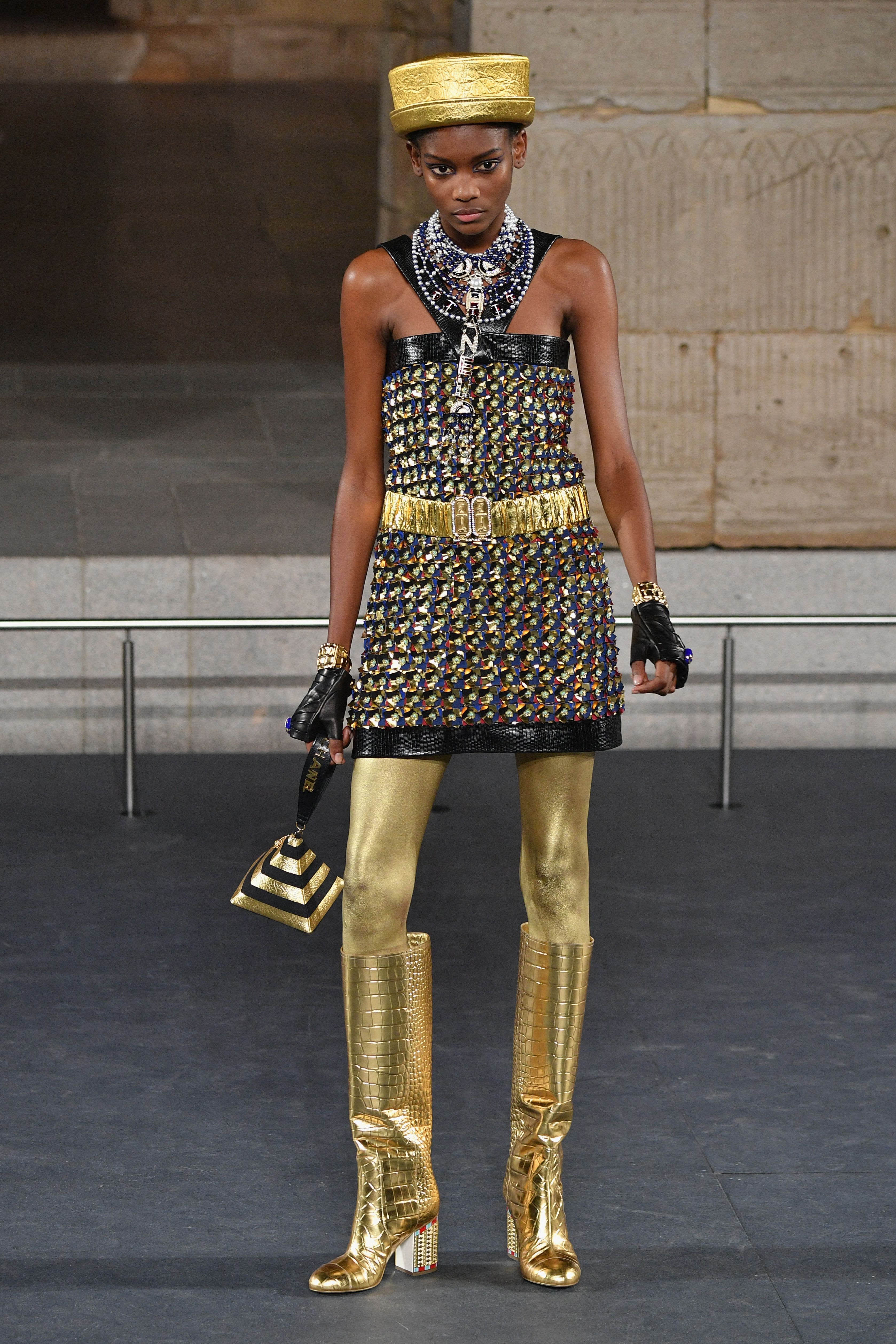 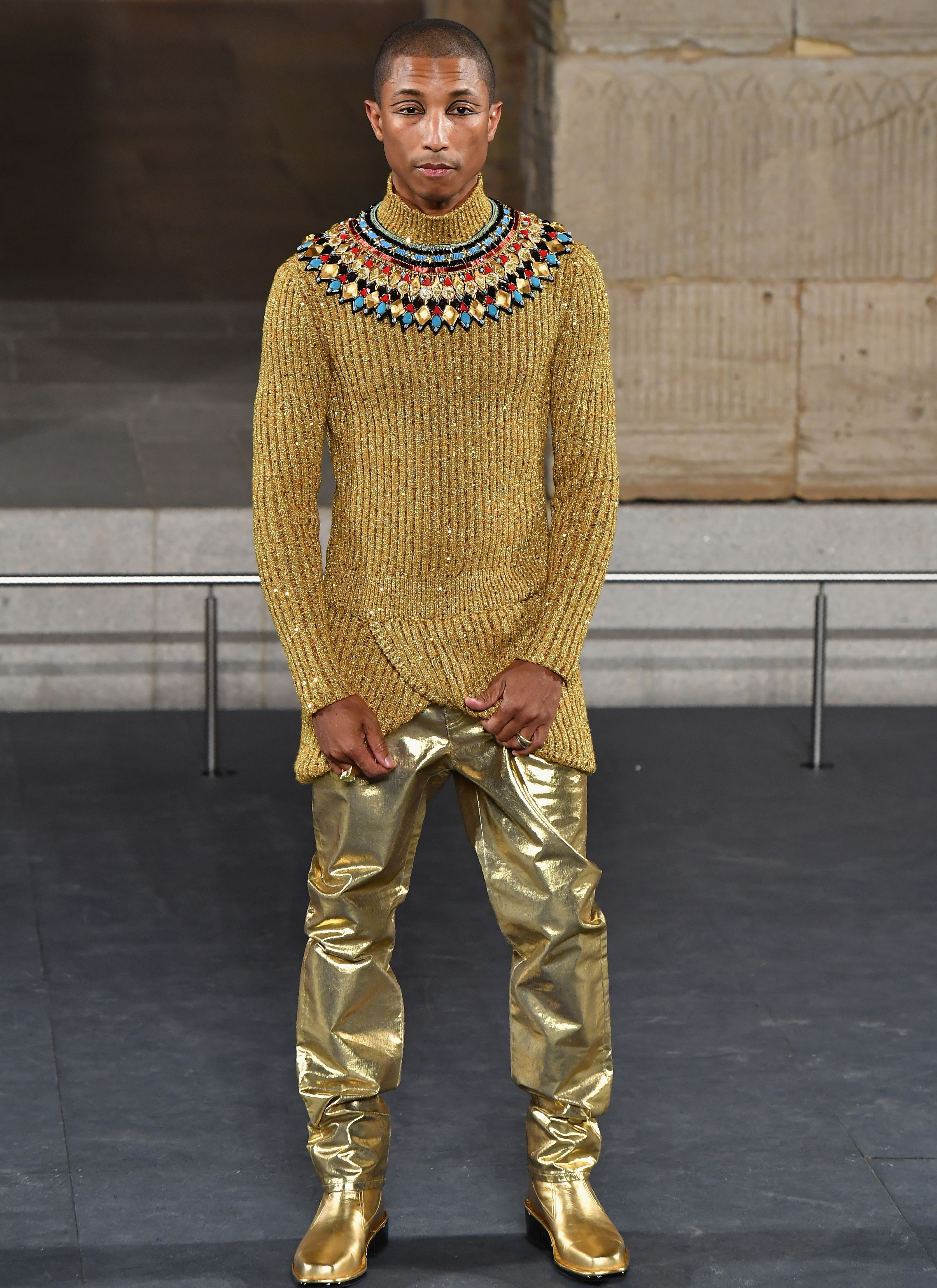 The musician first made his runway debut two years ago at Chanel’s 2016 Metiers d’Art show. A frequent muse and collaborator to the brand, he returned to the runway last night wearing an all gold look.

The front row was filled with A-list attendees. 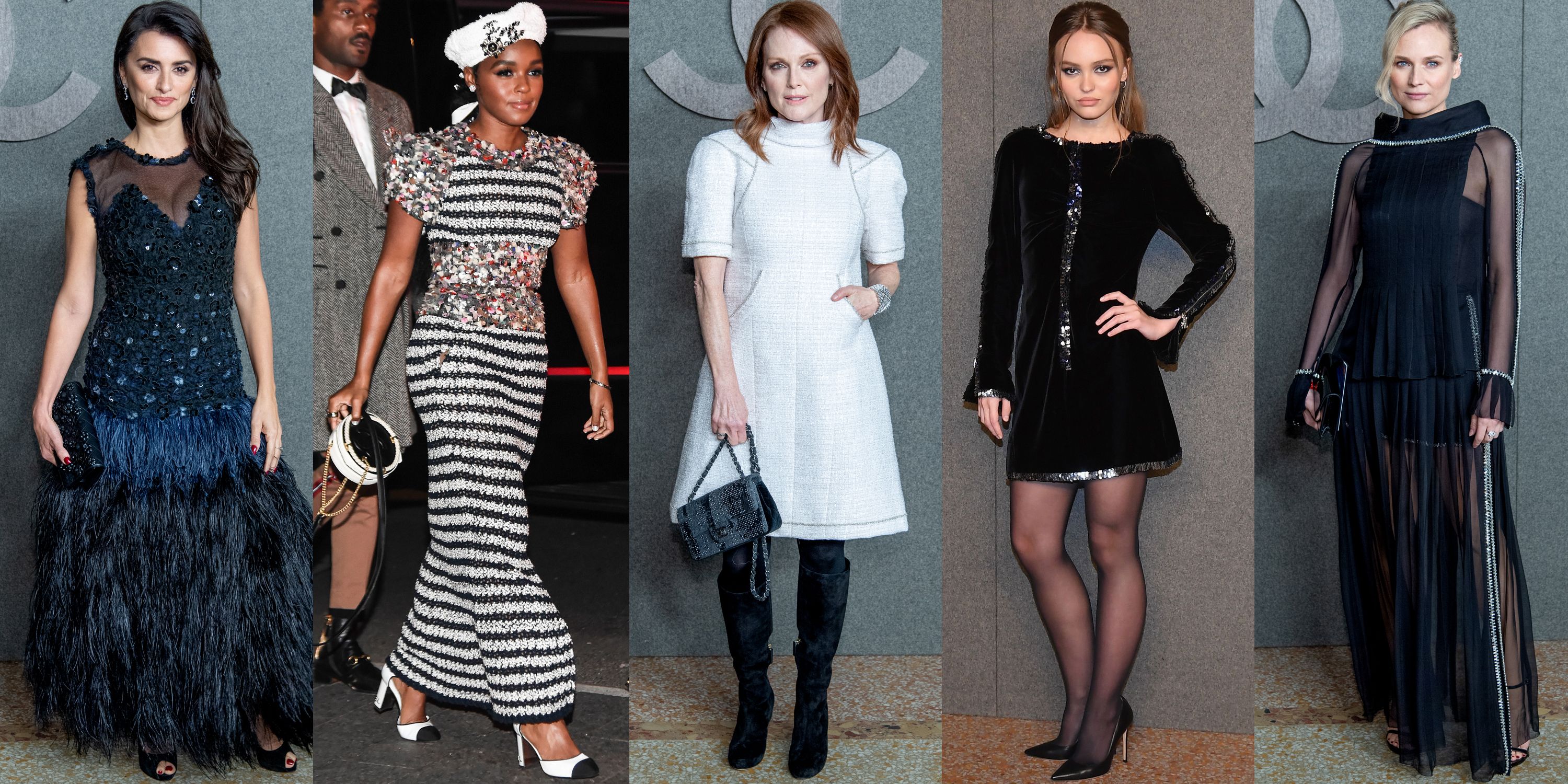 Little Hudson is growing up quickly and walked the show in a gold Pharaoh-inspired look.

The after party was held at the “Chanel Diner.”

Would you like fries with that? Duh @chanelofficial 🍟🍔🍟🍔 #Chanelinnyc #Chanel

The diner of our dreams came to life after the show, serving up burgers, fries, and spiked Shirley Temples Chanel style. The all-American meal was then followed up with ice cream sundaes and milkshakes. Who can we talk to about making this a permanent restaurant?