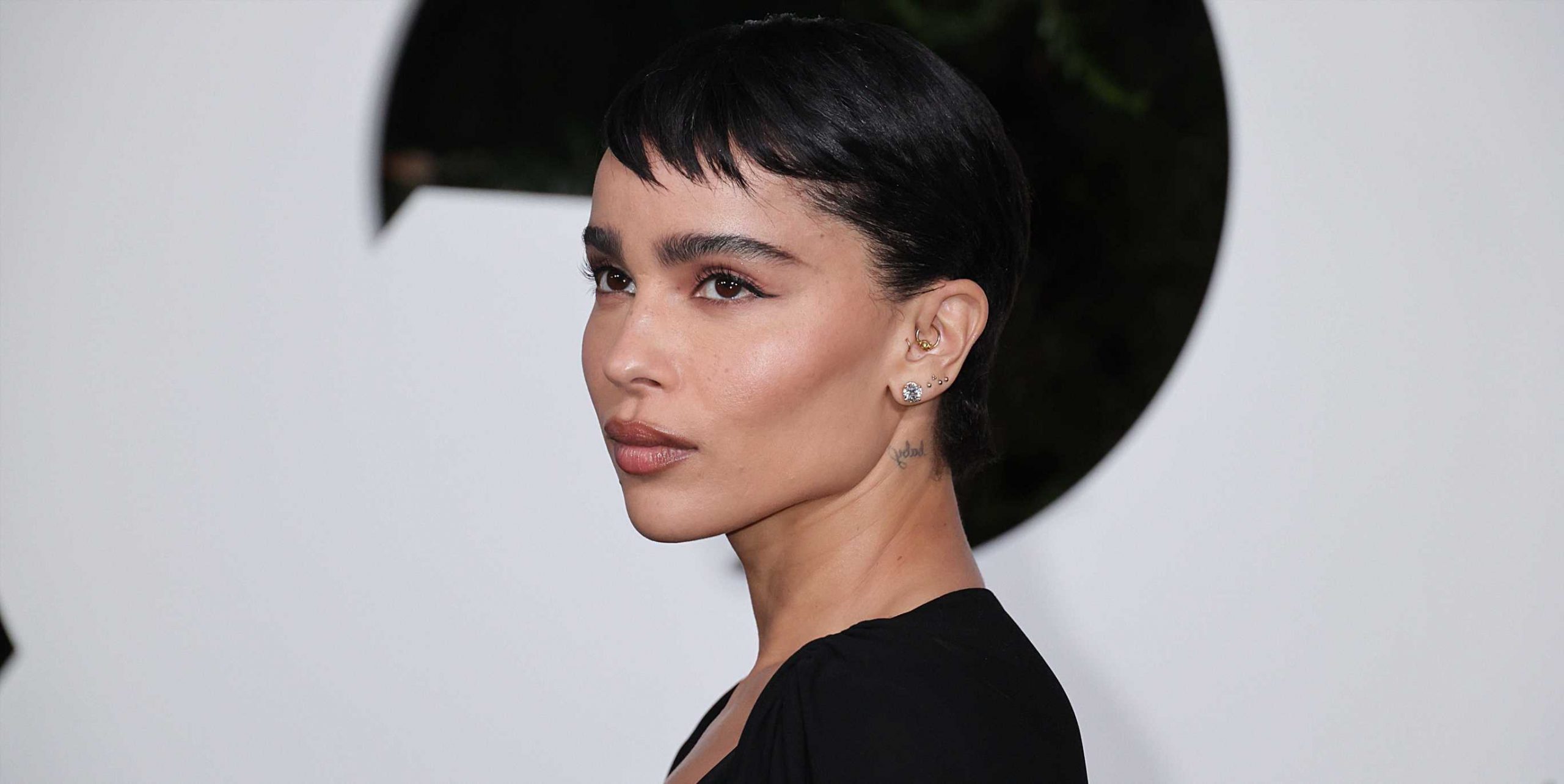 Zoë Kravitz’s red-carpet style is back and better than ever.

The Saint Laurent ambassador stepped out in a head-turning gown from the label while partying last night in West Hollywood, where GQ threw its Men of the Year party.

In typical Kravitz fashion, the actress opted for an all-black look. The Anthony Vaccarello design included bat sleeves, a plunging V-neckline, and an ab-baring diamond cutout over her stomach. She kept her accessories and glam to a minimum, wearing diamond stud earrings, black winged eyeliner, and a glossy nude lip. Her pixie cut was combed neatly behind her ears, save for spiky bangs, which framed her forehead. 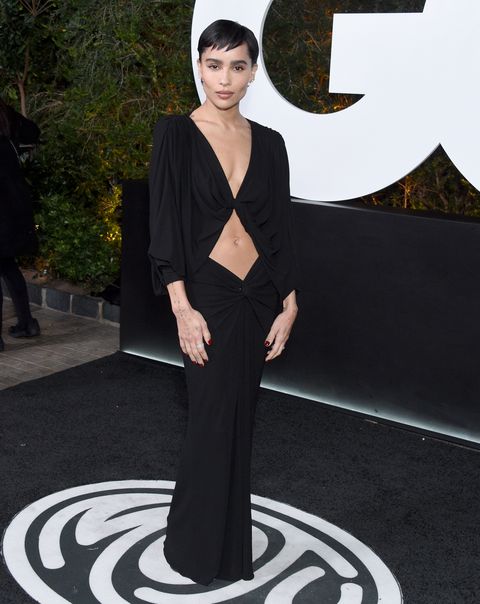 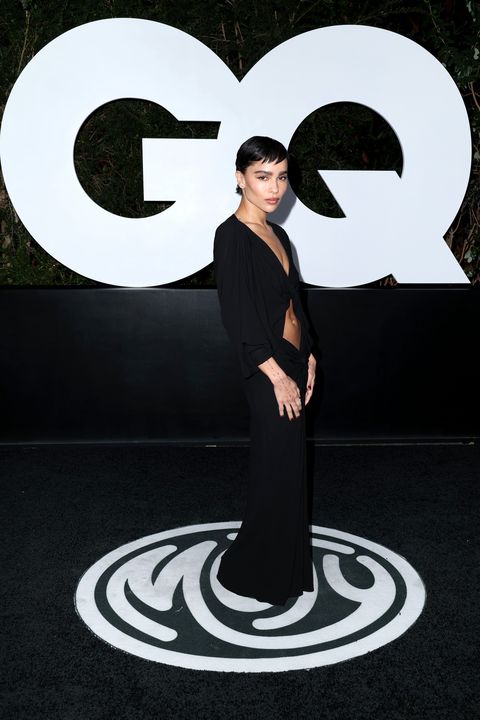 The Kimi actress is known for her no-fuss, classic sense of style, whether on the red carpet or walking the streets of New York.

In September, she attended Saint Laurent’s spring/summer 2023 show during Paris Fashion Week dressed in yet another monochromatic black outfit. Then, her smart ensemble consisted of a crop top, sheer midi skirt, and sleek single-breasted blazer that reached all the way past her knees. The sheerness of the skirt added a risqué dimension to the ensemble, revealing Kravitz’s high-waisted underwear and opaque stockings underneath. She finished the look with patent-leather slingback pumps and a pair of tiny gold hoop earrings.

During her press tour for The Batman, Kravitz again showed out in a streak of black outfits, including a cat-themed custom gown by Oscar de la Renta, a scalloped halter-neck dress with underboob cutouts by Saint Laurent, and a Matrix-esque leather trench coat layered over fishnet stockings.