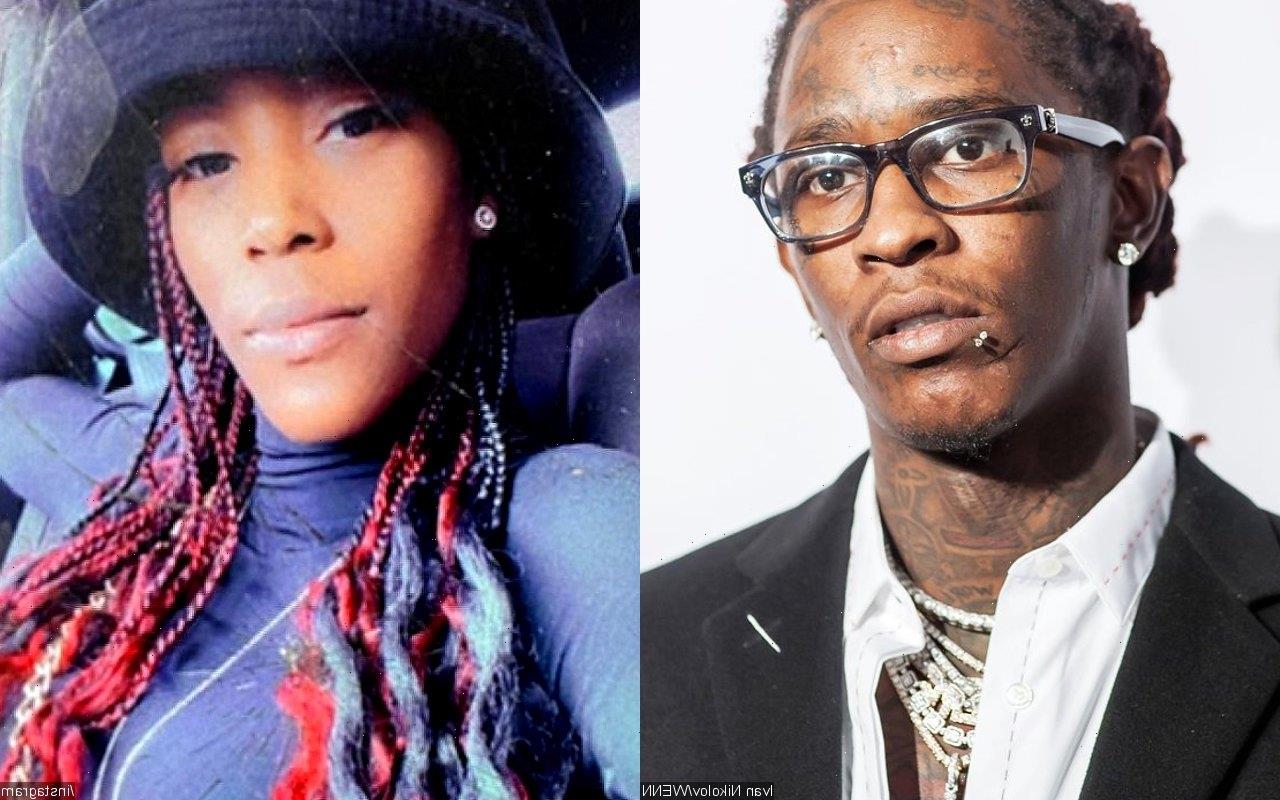 The woman, who shares 14-year-old son Kyvion Jackson with the ‘Go Crazy’ rapper, is reportedly shot multiple times after an argument over a bowling ball.

AceShowbiz –Young Thug‘s baby mama LaKevia Jackson has sadly passed away. The woman, who shares 14-year-old son Kyvion Jackson with the “Go Crazy” hitmaker, was reportedly shot to death after a heated argument in a bowling alley. She was only 31.

According to a press release from Atlanta Police Department, the mother of Young Thug’s son was found dead at Metro Fun Center on Thursday, March 17 around 11 P.M. in Atlanta, Georgia. She reportedly had multiple gunshot wounds.

The authorities stated that they discovered the gunshots began after a dispute over a bowling ball following an initial investigation by Atlanta Police Homicide detectives. The investigation is still ongoing.

CBS 46 reported from a press conference in Atlanta on Friday that Atlanta police will not be releasing details on the identity of the suspected shooter. However, they said they believe that they are close to an arrest based on surveillance evidence and witness testimony.

“This is truly an atrocity. A young lady has lost her life over a bowling ball,” the Atlanta Police Department’s Homicide Commander Lt. Ralph Woolfolk said at the press conference. “We talk about conflict-resolution time and time again and this is an escalated dispute so we will work this case through the night and we will find the person responsible. We know who you are so go ahead and turn yourself in.”

CBS reporter Tori Cooper, who spoke to LaKevia’s mother, Sherina Jackson, said via Twitter that the 31-year-old went to her best friend’s party at Metro Fun Center and got into a dispute over a “bowling ball” with another partygoer. According to the local news reporter, the suspect “waited 20 mins in the parking lot for LaKevia before he shot her while she was leaving.”

Tori also shared in a separate tweet that Sherina confirmed the victim had a son named Kyvion with Young Thug. Sherina also stated that the teen “isn’t doing well” following the death of his mother.

“I didn’t know that was going to be the last time I talked to my baby,” Sherina said. “I could hear her over the phone crying and screaming then her best friend said she’s not breathing!” before adding, “I lost my baby all over a bowling ball.”

According to Sherina, Young Thug and LaKevia met “before he was famous while they were both living in the same apartment complex.” In an interview with GQ in 2016, the “Relationship” rapper unveiled that he has six children with four women.