The Grown-ish actress looked gorgeous on the red carpet in a Kelly green off-the-shoulder gown courtesy of Dior. Shahidi paired the vintage-inspired dress with a three-strand gold beaded necklace and brown leather pointed-toe pumps, and wore her hair slicked back into a chic bun. This is the actress’s second standout red-carpet moment in just less than a week: At the Met Gala last Monday, she wore an elegant beaded Josephine Baker–inspired look, also by Dior, for which she is a global ambassador. 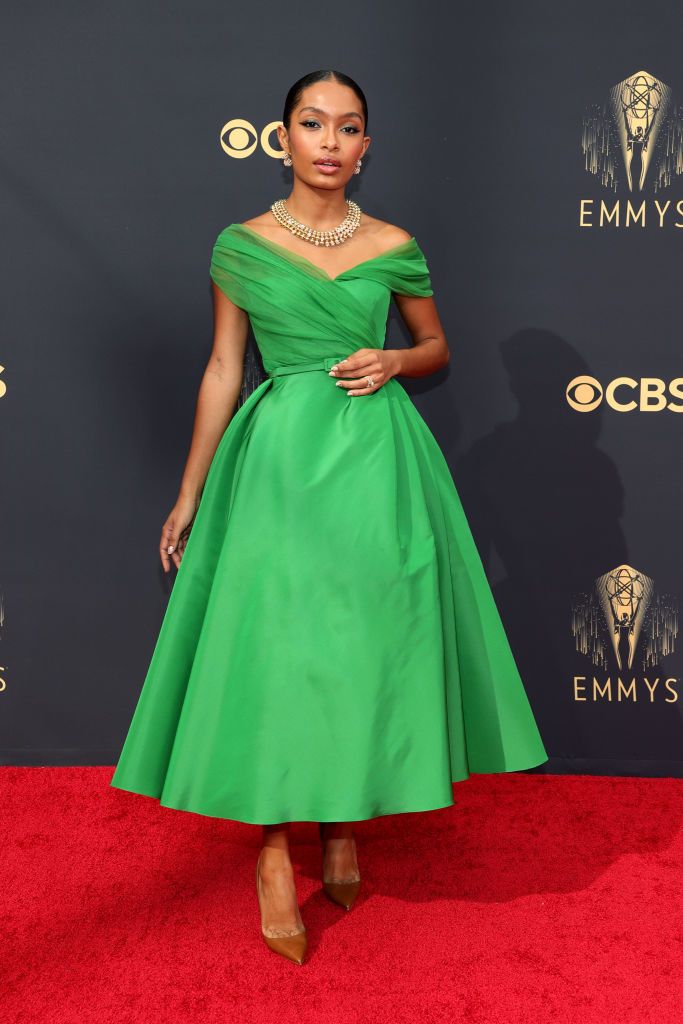 Back in May, Shahidi spoke to BAZAAR.com about how natural it feels to blend her activism with her busy acting career and forays into the fashion world.

“When I look at my generation in particular, I feel like many people are just naturally multi-hyphenates. But the one thing that I had to lean in to [in my career] was not feeling any shame around having multiple interests,” she told BAZAAR. “Especially in a world in which we all try and be experts. Of course, practice makes perfect, and it’s important to practice whatever your craft is. But oftentimes, I’ve found that drifting into other spaces is also what helped inform other parts of my life.”

The actress continued, “One thing that I’ve personally had to unpack is something that goes back to what my mother has always told me, which is there’s nothing more interesting than an interested human. [It’s about] allowing ourselves to be interested and to not feel shame around not specifically pursuing one path, but knowing that ultimately they all inform each other—it only helps each area that we wish to flourish, to grow.”