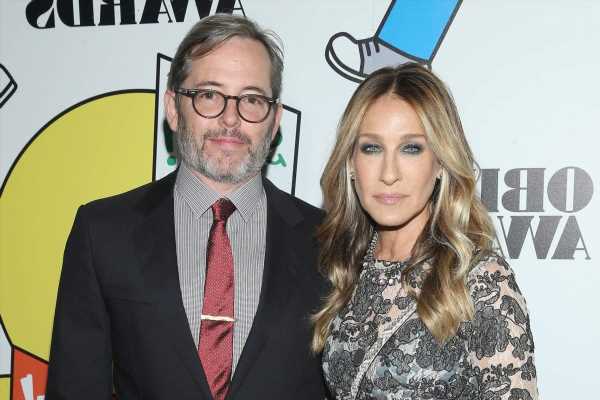 Sarah Jessica Parker and Matthew Broderick are one of Hollywood’s long-lasting couples. The pair have been married for 24 years and keep their relationship away from the spotlight. However, many of their fans might recall that Parker wore a black dress during her wedding to Broderick. The Sex and the City star shared why the outfit choice is one of her biggest regrets.

Parker and Broderick met in the early 1990s. At the time, she had ended a long-term relationship with Robert Downey, Jr. The pair connected through Parker’s brothers, Pippin and Toby. In 1992, the couple went on their first date. From then on, they remained together while working on their acting careers.

In 1997, Broderick and Parker decided to get married. However, neither of them yearned for a grand wedding day. The event took place at a New York synagogue, and had about 100 guests. Many of the guests didn’t even know the wedding was happening until they arrived. Parker admitted in 2006 that the impromptu wedding wasn’t the best move.

“I wore black on my wedding day, and I really regret that,” Parker said to Marie Claire. “I was too embarrassed to get married in white, and both Matthew [Broderick] and I were reluctant to have people pay so much attention to us, which is ridiculous because that’s when you can relish the attention when it’s natural. We treated it like it was a big party on a Monday night, and I regret it.”

Although she regrets it now, Parker said wearing a black dress made her feel different than a traditional bride. While she’s always loved fashion, the actor admittedly didn’t shop for her clothing until the very last minute. According to Bazaar, Parker went to a local store to buy the gown she wore to marry Broderick.

“Oh, I wish it was because I was badass,” she said during an appearance on Watch What Happens Live. “I just was too embarrassed to spend any time looking for a wedding dress. There was a store that I liked that I knew, and I just went and got whatever they had hanging.”

Since their 1997 wedding, Parker has said she would have another wedding to make up for the black dress debacle. In an interview with Martha Stewart Weddings, she shared that she would take a page out of Carrie Bradshaw’s handbook and wear a designer dress.

“If I were getting married today, I’d likely wear cream, just to have that bridal experience,” Parker said. “Now I would want my dress to have an Oscar de la Renta feel, pockets below the waist, a very fitted bodice, a huge skirt, in taffeta or duchess satin. That silhouette appeals to me because it’s old-fashioned yet can look very modern.”