Never mind the politics, look at the presenters. Thatcher: A Very British Revolution (BBC2) transported us to telly heaven with a cavalcade of small-screen greats showing us history as it happened.

Ludovic Kennedy and Cliff Michelmore supplied the interviews. Angela Rippon and Reggie Bosanquet read the news. One especial joy was the sight of Jack Scott in front of a weathermap during 1979’s Winter of Discontent.

Serious-minded viewers probably watched the opening episode of this outstanding five-part biography and wondered why we have no political heavyweights comparable to Margaret Thatcher today. 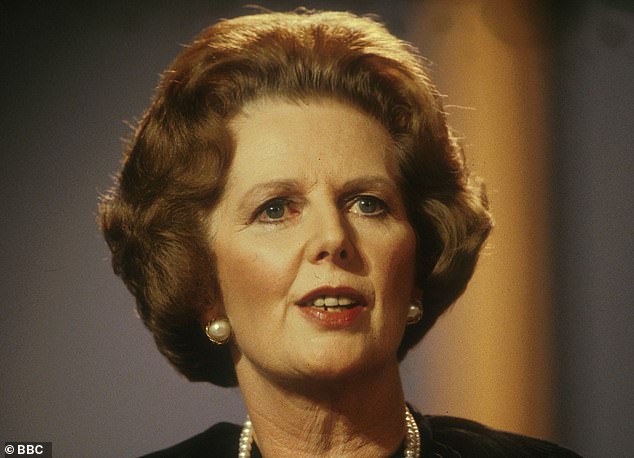 Viewers might well have watched the first part of Thatcher: A Very British Revolution and wondered we have no political heavyweights like her today

What depressed me the most was the thought that our own telly legacy will be Bear Grylls and Rylan from Big Brother.

You can gauge how far the Seventies have faded into the past by the fact that this documentary did not seek to demonise, mock or trivialise Mrs T. Not so long ago, no one at Broadcasting House could speak her name without brandishing a crucifix and chewing garlic.

There’s no doubt that some of her contemporaries still detest her. Michael Heseltine, instrumental in her downfall, called her ‘dictatorial’. When asked if he ever considered voting for her as Tory leader, he said an immediate, unequivocal ‘No’. But most have lived long enough to appreciate what an exceptional figure she struck and how immense her achievement was in becoming Britain’s first female Prime Minister.

One jaunty news report showed her heading out of her Chelsea home on her way to the Commons, while a voiceover commented breezily that, having seen the children off to school and made sure her husband Denis was properly fed before leaving for his office, housewife Margaret was now free to get on with her day. At the time, she was a Cabinet minister. 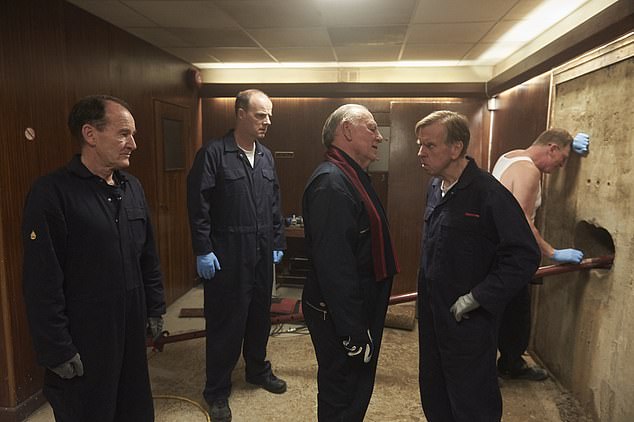 Timothy Spall led the cast in Hatton Garden, the story of the infamous 2015 theft by a bunch of old rogues who were anything but lovable

Shirley Williams, Thatcher’s polar political opposite, remembered seeing her on many nights in the ladies’ drawing room at Westminster, which boasted an ironing board… where Maggie would unwind by pressing Denis’s shirts.

It’s a good job Williams kept that to herself at the time or the Soviet press might have dubbed Mrs Thatcher the Ironing Lady.

As it was, she winced at their ‘Iron Lady’ caricature, but gradually came to realise it evoked the perfect combination of strength and feminine elegance.

If this series can maintain its sky-high standard of contributors and analysis, it promises to be one of the finest political portraits ever made for TV.

Timothy Spall and Kenneth Cranham were harking back to the golden days of Thatcherism in Hatton Garden (ITV), as ageing crooks whose best days belonged to the bullion robbery era.

Ghoulish gag of the night:

The punchline of the brilliant Ghosts (BBC1) was a woman falling into a medieval plague pit. The team behind this top-notch comedy first worked together on Horrible Histories. Safe to say their sense of humour hasn’t changed much.

Based on the true story of the 2015 raid on underground safe deposit boxes in Clerkenwell’s jewellery district, this four-part drama by writer Jeff Pope airs nightly till Thursday. The bickering villains came from the Sweeney generation, adrift in the smartphone century.

Terry (Spall) had to keep stopping for breath and injecting himself with insulin. Brian (Cranham) struggled to tie his shoelaces. While they were drilling into the vaults, their getaway driver and lookout Kenny (Alex Norton) was having a snooze.

But it’s a mistake to imagine these old codgers were lovable just because they’d reached an age when they couldn’t pull an all-night bank job without constantly nipping out to the loo.

As it was with the Great Train Robbers and the Krays, telly too easily pretends that men like these are harmless rascals. They never were.