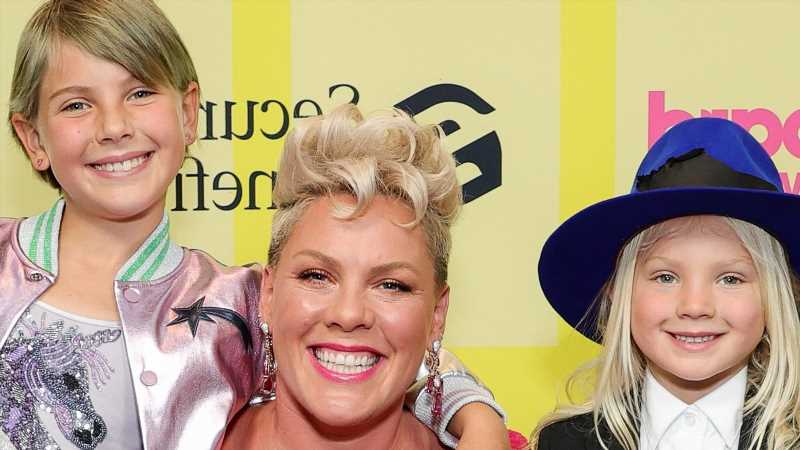 Pink was honored with the Icon Award at the 2021 Billboard Music Awards on Sunday (via Billboard). Before being presented with the award by her childhood crush, Jon Bon Jovi, Pink performed a medley of her career hits that included songs like “Get The Party Started,” “So What,” and “Just Give Me a Reason.” This was the first time that the singer was set to perform at the Billboard Music Awards in five years, and she did not disappoint.

If you’ve been following Pink, you know that she’s not just a singer, but an aerial artist as well (via E! Online). She’s known to perform high-flying stunts on her tours, so for her BBMAs performance, Pink got the party started spinning in the air while singing her song “Cover Me In Sunshine.” Not only was the moment iconic like her award, but Pink had her daughter, Willow, on stage with her performing the aerial stunts as well.

Pink made sure it was a family affair for her big night. She arrived on the red carpet with both her children — daughter, Willow, and son, Jameson — and took some adorable pictures together, according to Entertainment Tonight. When it came time for Pink to take the stage, a very confident 9-year old Willow joined her mother for an even more adorable duet. In tandem together, they spun around to Pink’s song “Cover Me In Sunshine.” You could really see how proud Pink was in the performance as she touched foreheads with her daughter while flying in the air (via Twitter). She even said that her daughter “nailed it,” according to The New York Post, and fans on Twitter agreed.