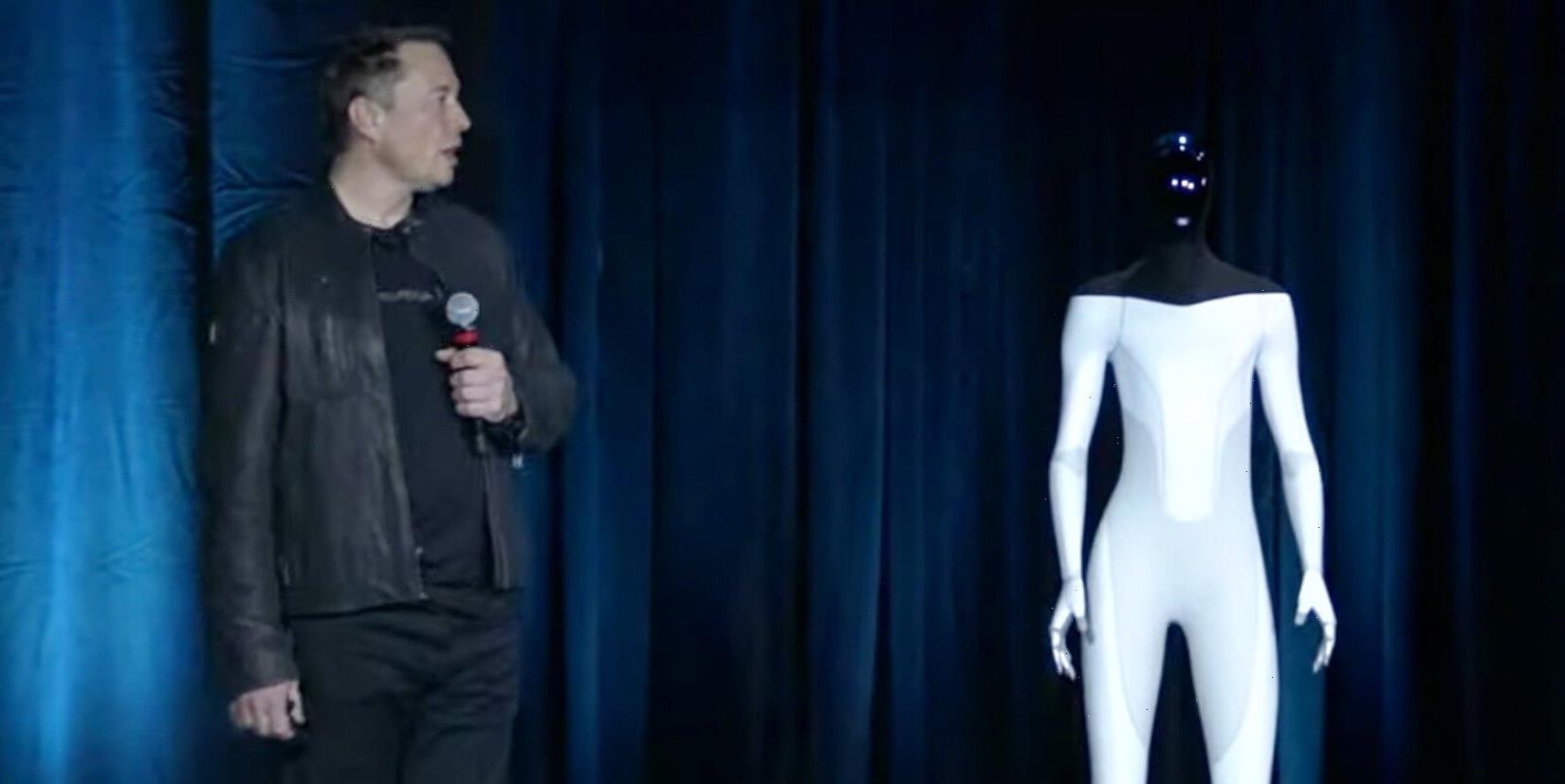 During his company's AI Day on Thursday, Elon Musk unveiled a "life-size" humanoid called the Tesla Bot, whose purpose is to "eliminate dangerous, repetitive, and boring tasks." (Somewhere in the Times Square subway station, Andrew Yang is screaming, "told you so!") And while I'm all for a piece of technology that can take over my least favorite repetitive activities, cleaning the litter box, for example, why must the robot that does it look like a human in the first place?

According to the specs, which Musk presented at the conference, the robot is 5-foot-8 and 125 pounds. The robot appears nonbinary, its shoulders and waist slim but without the suggestion of a feminine curve or more masculine musculature. However, given Big Tech's proclivity for assigning a female gender to the robots we boss around all day (hey, Siri and Alexa), I find the stats a little suspicious. That thigh gap, c'mon. Perpetuating unrealistic body standards much? Barbie called, she's woke now and worries that the humanoid bot will have the same effect on the forthcoming generation as tumblr did in the year 2009. Any person who's ever stood with their legs zipped tightly together dreaming of that elusive two-inch gap between the fleshy part of their thighs knows what I'm talking about. Many of us are in recovery for eating disorders. But back to the techbois and their inventions: It's a little tired to create something you believe to be some kind of Platonic ideal, and then make it nearly the same shape as every Hollywood leading lady and a sex robot.

"Talk to it and say, 'Please pick up that bolt and attach it to a car with that wrench,' and it should be able to do that," Musk said of the Tesla Bot's capabilities. "'Please go to the store and get me the following groceries.' That kind of thing. I think we can do that." Last time I checked, a human form isn't required to get groceries. Look at Rosey, beloved robot maid of the Jetson family! Yes, she wore a French maid outfit (I didn't say this example was perfect), but she was also a curvy hunk of metal on wheels that attended to everyone's needs — sans thigh gap.

Luckily, the Tesla Bot is only in the development stage, meaning there's still time for the engineers to vote on a new form. (Which is how I assume these things work.) I'm personally for a Tesla Dog Bot which can complete all of the same tasks the humanoid can, but also wag its tail. At least that could bring joy, rather than dysmorphic despair, along with our groceries.