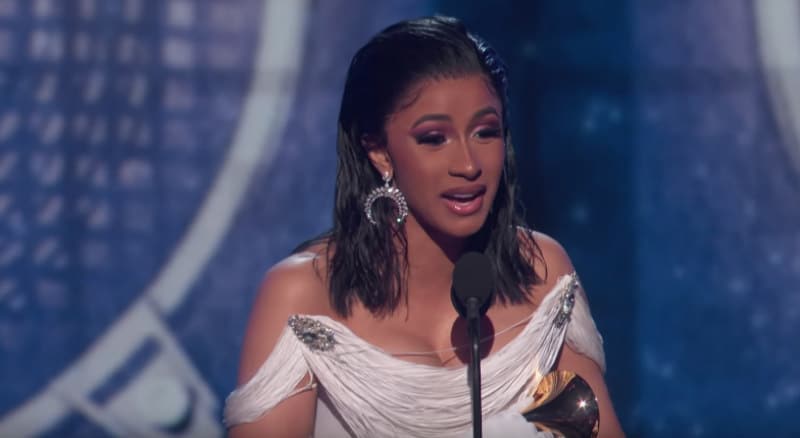 Cardi B was forced to defend winning a Grammy for Best Rap Album over the weekend after social media backlash and has since deleted her Instagram account.

The Money rapper went on a profanity-laced rant defending her Grammy win. The 26-year-old touted her hit records, critical acclaim and work ethic in the Instagram live video in which she revealed that she was in the studio for three months and was unable to record some songs due to a stuffy nose from her pregnancy.

“I remember last year when I didn’t win for Bodak Yellow, everybody was like, ‘Cardi got snubbed, Cardi got snubbed.’ Now this year’s a f**king problem?” she said on Instagram before deactivating her account. “My album went two-time platinum, my ni**a. And every chart that there was, my album was always top 10.”

Without mentioning her name, Cardi B reveals that she did not support BET shading Nicki Minaj in a social media post to uplift her Grammy win.

Nicki Minaj consequently canceled an appearance at the BET Experience Concert as a response.

BET has since offered an apology to Nicki Minaj following the backlash from the artist and her fans.

Legendary rapper J. Cole defended Cardi B after her Grammy win and uplifted other Hip-Hop artist in a series of Twitter posts.

Cardi B is the first female rapper to win Best Rap Album as a solo artist. Her debut album, Invasion of Privacy spawned six platinum-selling singles including two US Billboard Hot 100 number one singles Bodak Yellow and I Like It. The album received critical praise and has sold over 2 million album-equivalent units.

Cardi B has deleted her Instagram page before and will likely return to her popular social media page after the Grammy’s backlash has subsided.