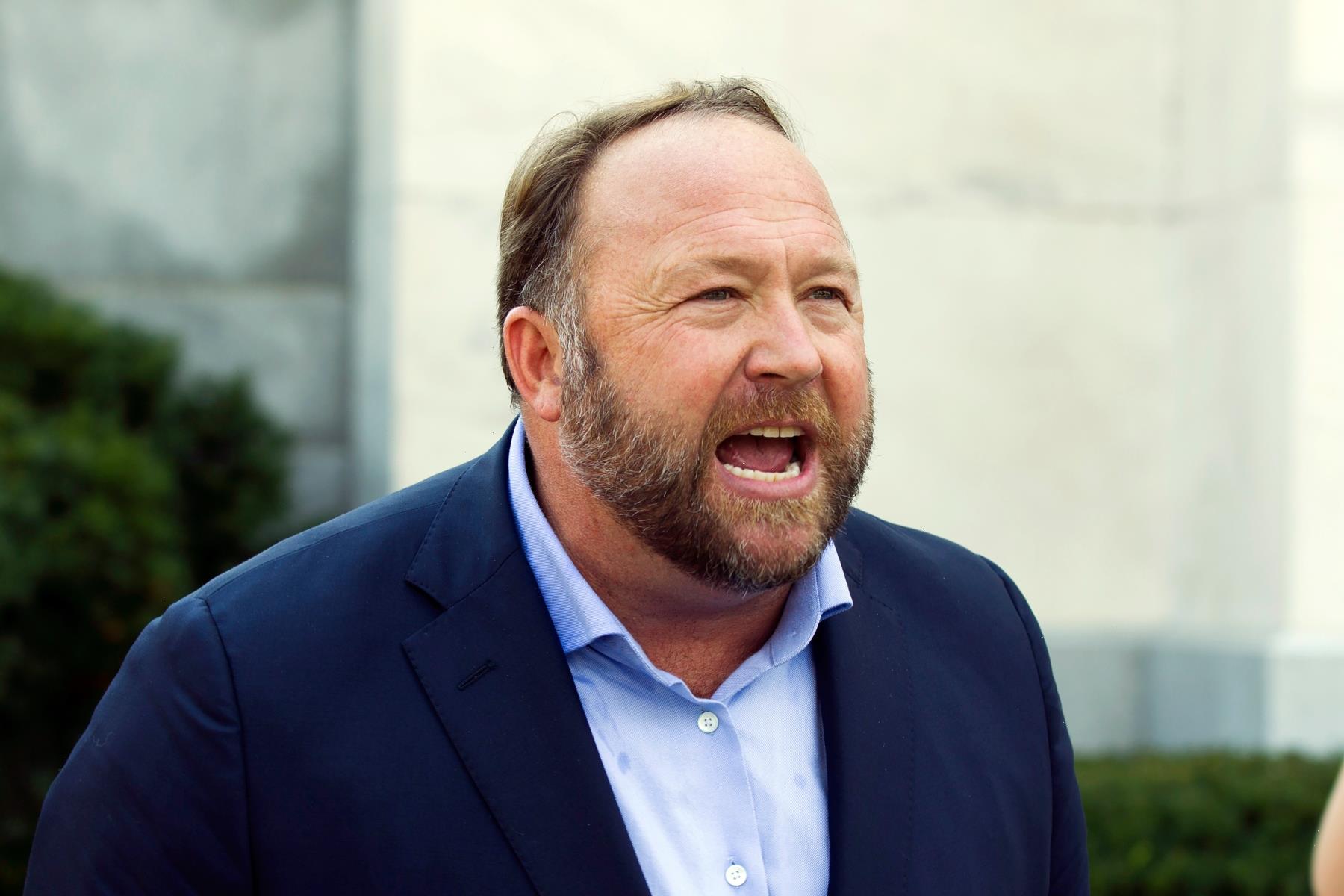 A new report reveals an anonymous donor sent over $1 million in Bitcoin to a cryptocurrency wallet owned by Alex Jones and advertised on Infowars website, calling Jones’ financial situation into question despite owing hundreds of thousands of dollars in damages to Sandy Hook families and filing for bankruptcy earlier this year.

An investigation by the Southern Poverty Law Center’s Hatewatch blog found that on April 23, an unidentified individual transferred 26 Bitcoin — worth roughly $40,000 each at the time — to a crypto wallet known to be controlled by Jones, according to blockchain data. (The wallet, one of four Jones used to openly solicit donations on his Infowars website, contained an estimated $37,000 in cryptocurrency before the massive Bitcoin transfer.) Just days later, on April 27, Jones withdrew all funds from the wallet and, according to SPLC Senior Investigative Reporter Michael Edison Hayden, quickly removed the wallet from Infowars’ donation page. At the time of the transfer, the wallet contained a whopping $1,387,673.19.

The mega donation, which represented roughly 80% of Jones’ total cryptocurrency donations received to date, wasn’t the first massive influx of crypto received by the conspiracy theorist in recent years. According to SPLC, a different donor deposited five Bitcoin across six separate transactions into one of Jones’ wallets in 2021, worth a total of $266,000 at the time. In November 2021 and January 2022, Jones also received around $7,800 in Ethereum from a donor who notable funneled crypto to other right-wing extremists — including the Idaho Freedom Foundation, Slightly Offensive and Defend Europa — as well as white nationalist groups VDARE and American Renaissance.

Earlier this month, Jones was accused of hiding financial assets to avoid paying restitution to families of victims of the 2012 Sandy Hook shooting. (The families’ defamation lawsuits stem from Jones’ repeated claims that the mass shooting incident — which killed 26 individuals, most of them children — was a hoax.) A court motion filed in Texas examined by the Daily Beast claims that, since 2018, Jones has transferred millions of dollars from accounts controlled by Infowars parent company Free Speech Systems into a series of what the filing calls an “alphabet soup of shell entities” controlled by Jones and his family. Lawyers for the Sandy Hook families said the move was “designed to siphon off [Jones’] assets to make them judgment-proof.”

Prior to 2021, Jones was an open critic of cryptocurrency, calling the financial medium “bad news” in a December 2018 livestream. In 2019, he appeared on fellow shitlord Joe Rogan’s Joe Rogan Experience podcast to bizarrely claim he turned down $5 million in Bitcoin from George Soros. Yet by 2020, SLPC notes, Jones appeared to have changed his tune on crypto, motivated primarily in part by Max Keiser — who, until recently, hosted a financial program on Russia’s state-controlled propaganda network Russia Today.