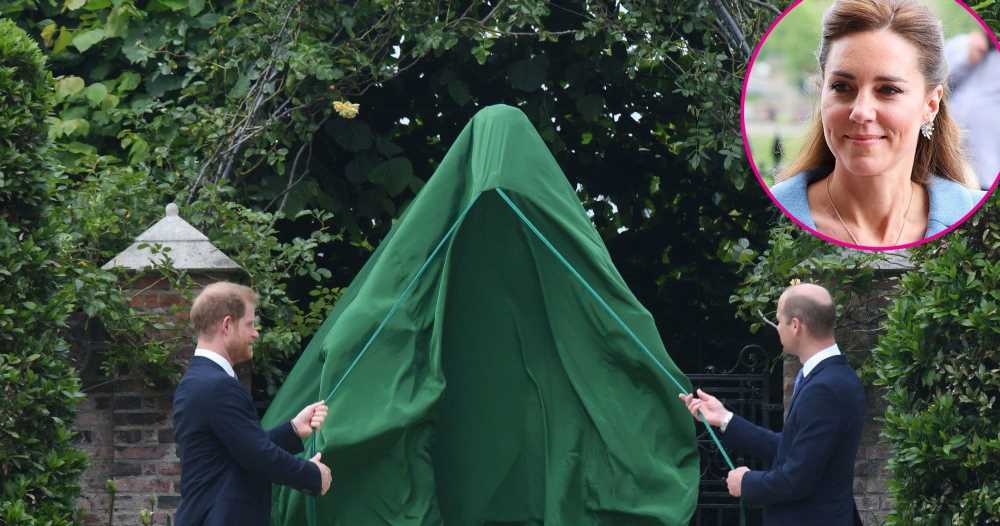 A small affair. While Prince William and Prince Harry reunited for the Princess Diana statue unveiling on Thursday, July 1, plenty of other royals were not on hand for the event.

The Duke of Cambridge, 39, was not accompanied at the ceremony by his wife, Duchess Kate, or their children, Prince George, 7, Princess Charlotte, 6, and Prince Louis, 3. 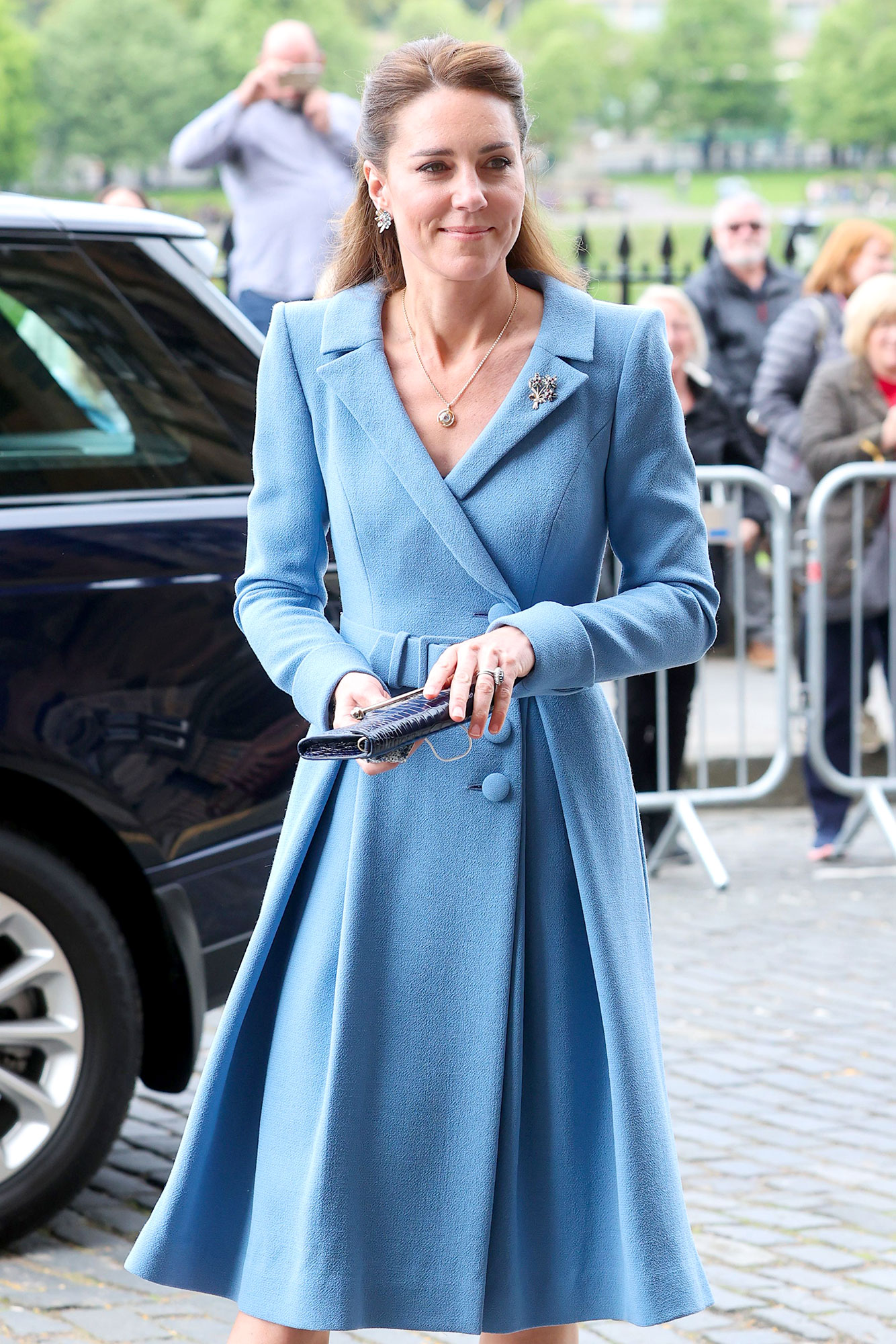 Still, Kate, 39, and William have tried their best to keep the memory of his mother, who died in a car crash in August 1997, alive for their children.

“Diana was such a wonderful mother,” a source exclusively told Us Weekly in August 2019. “William and Kate are doing their best to take after her when it comes to raising George, Charlotte and Louis. They’re determined to give their kids a normal life, just like Diana did.”

Like his brother, Harry, 36, attended without his wife, Meghan Markle, who remained at home in California with Archie, 2, and Lili, born on June 4. Prince Charles, who divorced Diana in 1996, was also not present for the ceremony.

A press release from Kensington Palace noted that all the members of the Statue Committee rounded out the attendee list: Jamie Lowther-Pinkerton, former private secretary to both princes; John Barnes, chief executive of Historic Royal Palaces; Gerry Farrell, director of Sladmore Gallery; Guy Monson, a trustee of William and Kate’s Royal Foundation; and Julia Samuel, godmother to Prince George and close friend of Diana. The aforementioned Lady Sarah, 66, is also part of the committee. 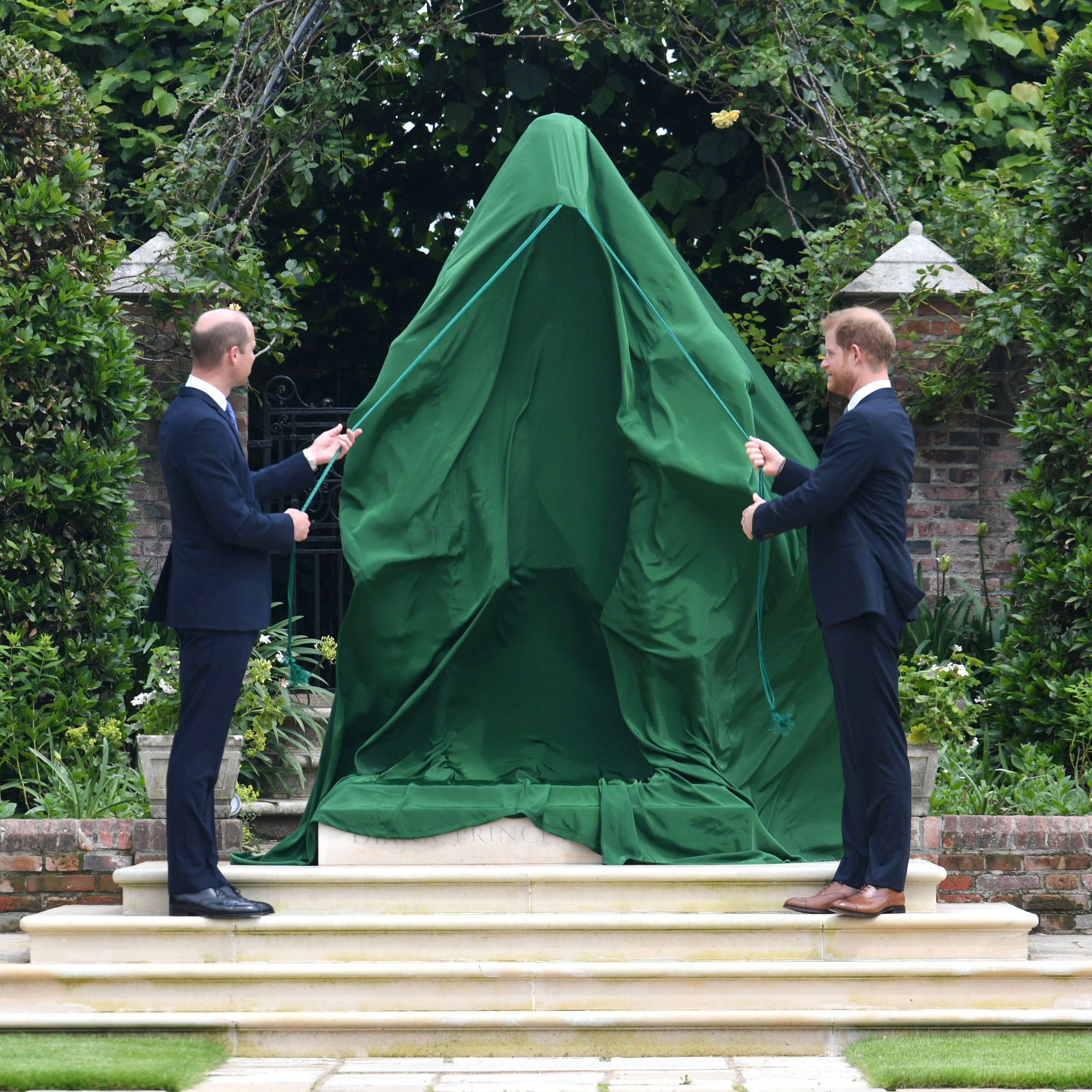 The statue unveiling, which the brothers originally announced in 2017, was the first event to reunite Harry, 36, and William since late Prince Philip‘s funeral.

During the somber event in April, it was previously reported that Kate played “peacemaker” between William and Harry. The trio were seen speaking with one another outside the chapel when the service ended.

“They were very tense as they walked into that chapel,” royal expert Katie Nicholl told Entertainment Tonight at the time. “As they came out of it, you could see some tension diffused.”

Nicholl explained that Kate’s interactions with her husband and brother-in-law allowed for some momentary peace.

“The Duchess of Cambridge made a point of speaking to Harry,” Nicholl noted. “And when she did that, you can see them visibly relax.”

Every Time the Younger Royals Have Honored Princess Diana

Harry and William struggled with a strained relationship in the past, but things only got worse when the Sussexes decided to step down from their senior royal duties last year. Since then, the brothers have continued to keep their distance.

Following the birth of Harry’s daughter earlier this month, a source told Us that there may be hope for peaceful interactions between the royals in the future.

“All is not forgiven, but after all the backlash regarding their interviews — which by the way, the pair have no regrets about — they’re trying their utmost to maintain a good relationship with the queen in order to keep the peace,” the insider shared with Us at the time.